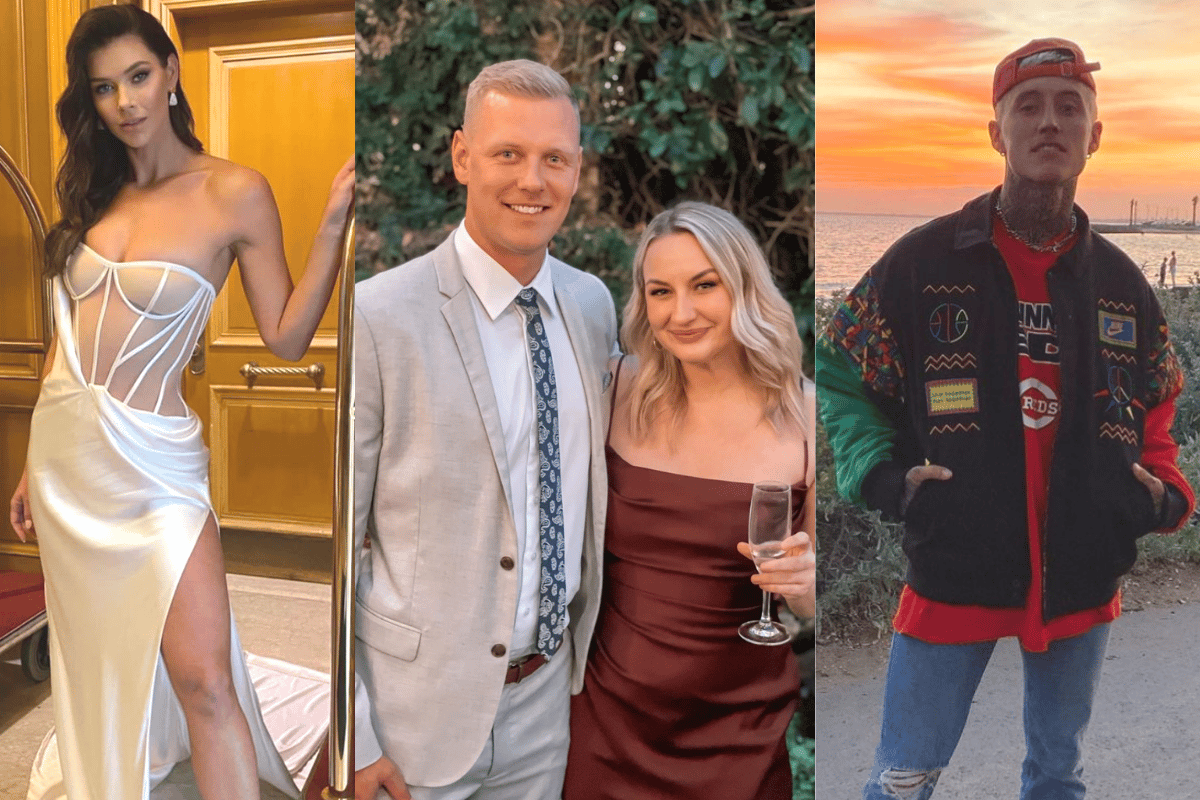 Bachelor in Paradise sparked quite a lot of convos on topics such as gaslighting, the outdated trope of 'boys will be boys' and the overall comedy of an island full of hot people dating one another.

And trust us when we say: a lot has happened since.

From cheating scandals, an engagement, the arrival of a BIP baby and some new relationships, there is plenty for us to unpack.

Here's what your favourite Bachelor in Paradise contestants are up to now. 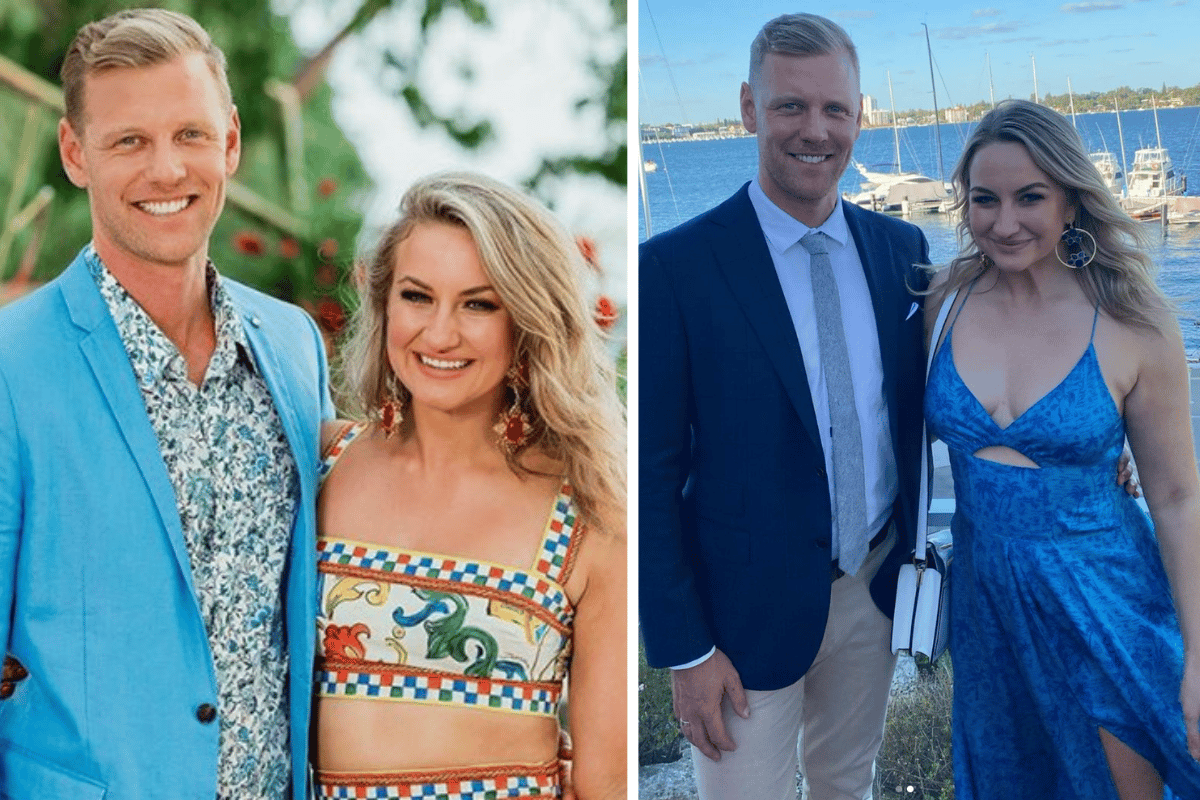 One of our favourite BIP couples got engaged this year.

Alisha Aitken-Radburn and her fiancé Glenn Smith announced their engagement in October after two years together.

The pair met on set of Bachelor in Paradise 2020, but their story hasn't always been so smooth-sailing.

In August last year, we first found out that the pair had both cheated on each other since Fiji, although it was quite early on in the relationship. But the couple has evidently patched things up since.

Throughout 2021, we saw them grow stronger than ever as Alisha moved to Glenn's hometown in Perth.

Speaking about the experience of wedding planning, Alisha wrote on her Instagram: "You're basically planning the best and biggest party. Since I became engaged, I've followed basically every wedding-themed Instagram account I could find, and managed to take Glenn along to a wedding expo, which is surely a rite of passage." 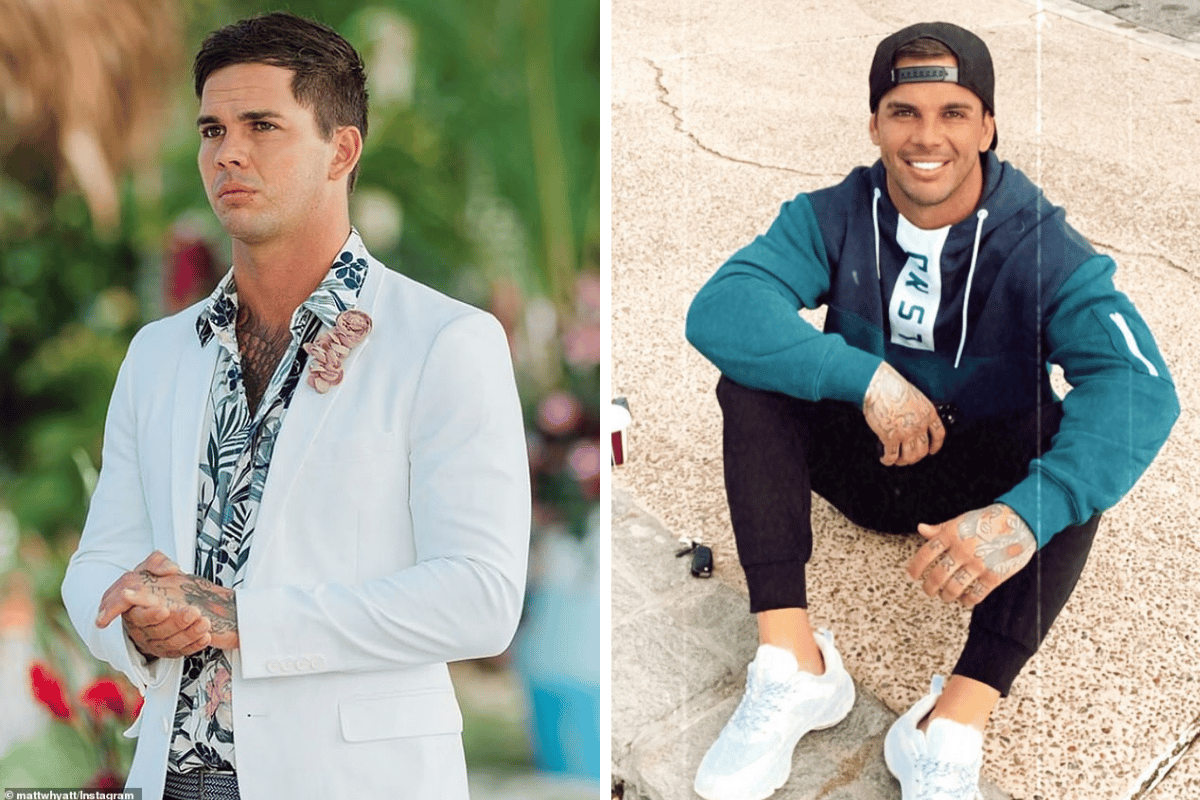 Image: Network 10/Instagram @mattwhyatt. To recap, Matt Whyatt and Renee Barrett formed a relationship on BIP, confessing their love for each other at the final commitment ceremony. But soon after filming, the couple announced they had split.

Matt has since moved on with a fellow reality TV alum: single mum of one, influencer and former Love Island contestant Kim Hartnett. 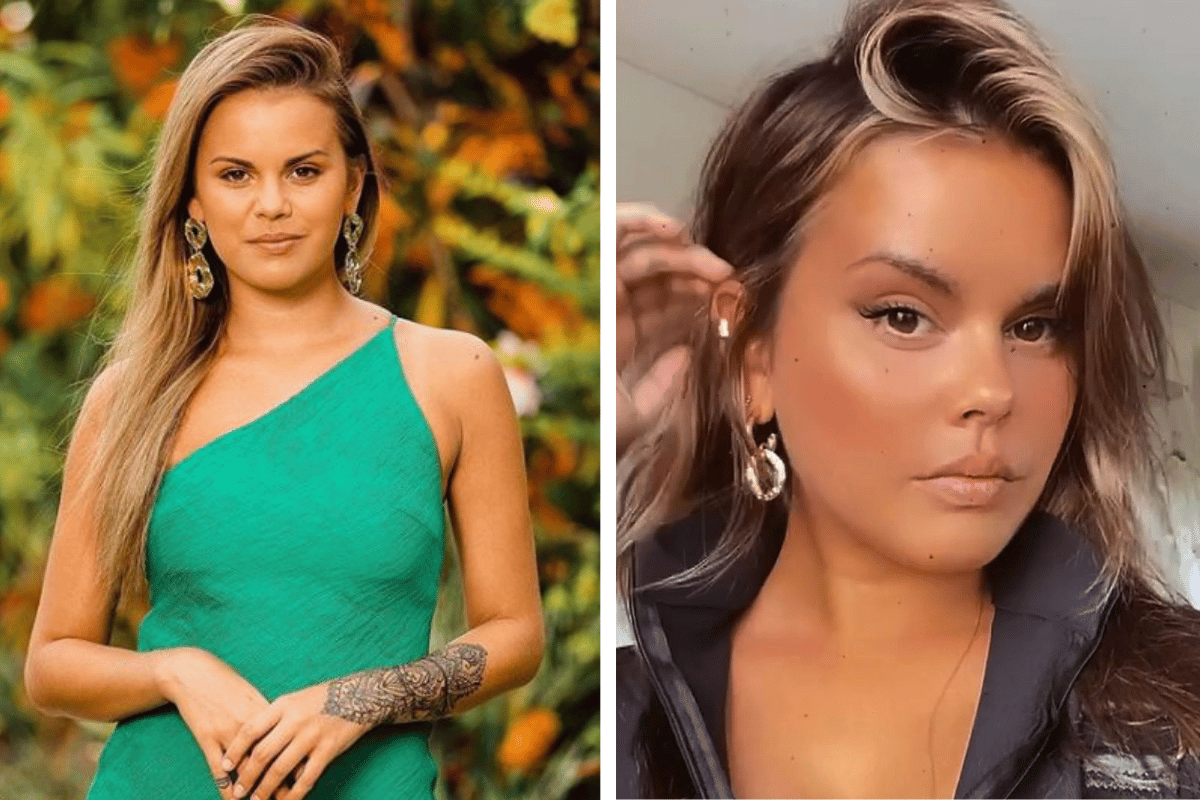 Image: Network 10/ Instagram @reneejbarrett. After her public split from Matt, Renee Barrett spoke with host Megan Pustetto on reality TV show podcast So Dramatic! and suggested there was cheating behind the scenes.

"Two days before the New Year, he sent me a message saying that he had found somebody else and he was really happy and he couldn't lie to me anymore."

In response to the cheating allegations, Matt took to Instagram to say: "I did not kiss, sleep with or have any relationship with anyone while I was still with Renee or while I’ve been with any other girl for that matter... I am the genuine guy you saw on your TV screen."

Renee was actually rumoured to be a potential Bachelorette this year, but she then clarified that fellow First Nations ex-Bach contestant Brooke Blurton was the plan all along. 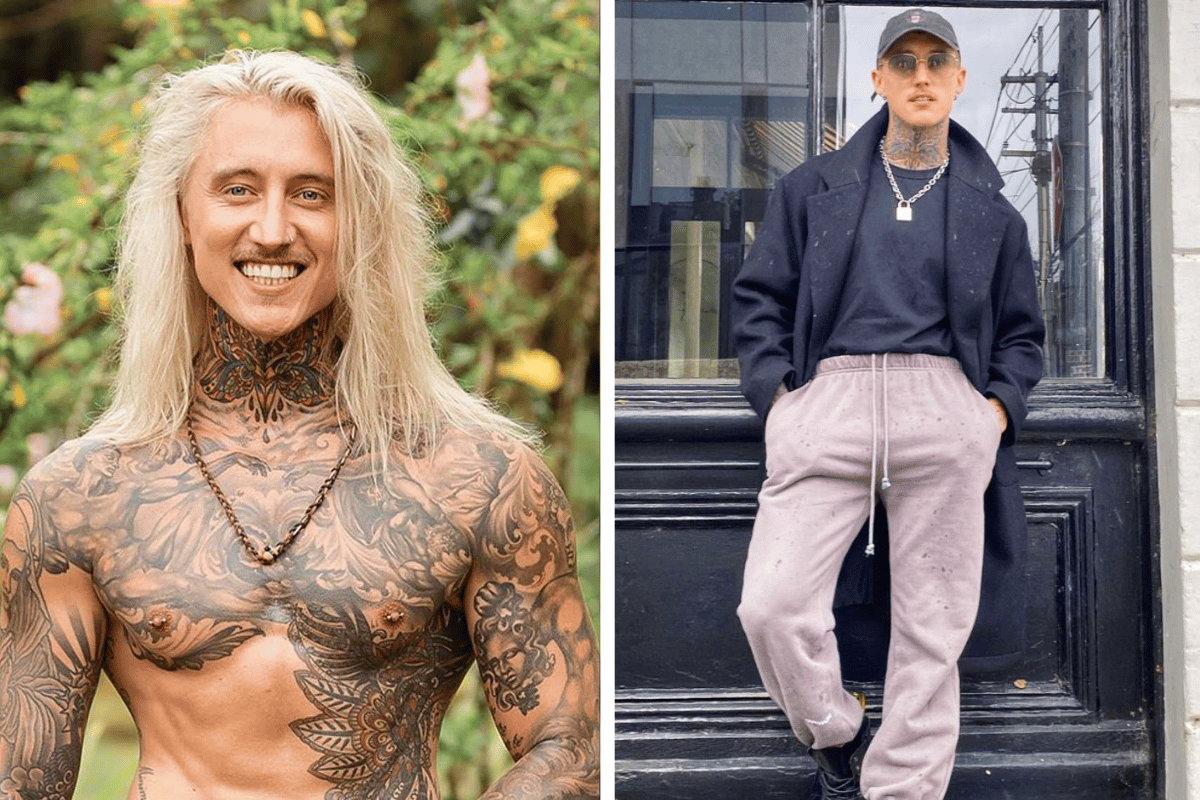 Image: Network 10/ Instagram @ciarranstott. Ciarran Stott's first time on The Bachelor Australia franchise was quite successful, earning him a lot of fans. But it was Ciarran's antics on BIP that caused a significant amount of controversy.

Omitting information from his partner, arguments and even fights over 'bro code', and a whole lot more dodgy behaviour resulted in some pretty negative press for Ciarran.

So it was pretty hilarious when news broke that Ciarran was going to appear on Sweden's The Bachelorette. But as reported on the So Dramatic! podcast, Ciarran left the show of his own volition after revealing he didn't have strong feelings for any of the contestants.

He is now reportedly back down under, continuing his boxing career and has since found love with a new girlfriend.

Image: Network 10/ Instagram @kikimorris. In news that surprised nobody at the time, it was confirmed Ciarran Stott and Kiki Morris' relationship did not last following their exit from BIP.

Ciarran and Kiki left the series before the commitment ceremony and "within weeks, he ended the relationship" and "she had not heard from him since" BIP producers revealed.

Initially after the show, things were going well, according to Kiki.

"He met my whole family, we spent Christmas together, and he was living with me from the very day we left Fiji. He moved into my apartment in Sydney," she told Meghan Pustetto.

But after a fight over Ciarran's alleged infidelities, he apparently left Kiki "basically homeless" as the two had plans to move out, and Kiki couldn't afford a new place on her own, having already given notice to leave to her landlord.

Kiki says her time alone has been the best thing for her, as she could reflect on the decisions she'd made and how quickly she'd rushed into a relationship with Ciarran. 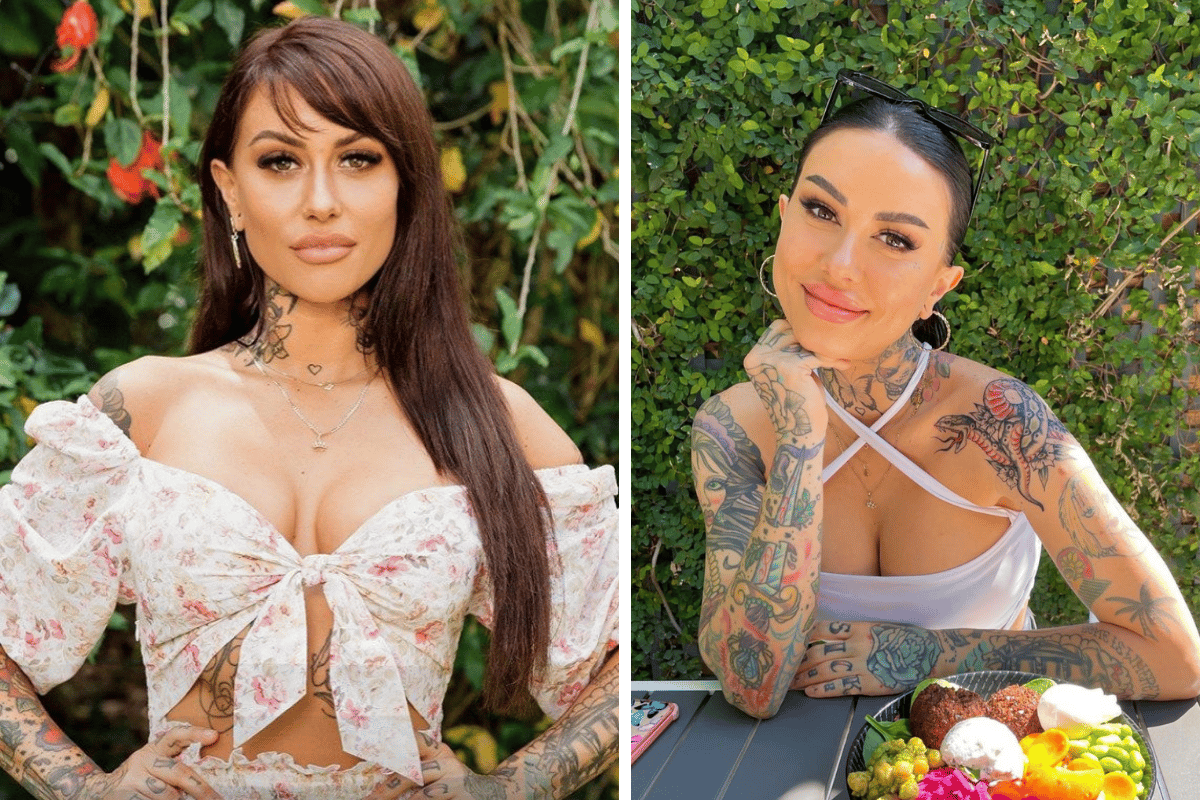 Image: Network 10/ Instagram @jessica_brody. During BIP, Jessica Brody was with the one and only super-spreader Ciarran Stott, but as we have come to understand, this relationship too didn't work out.

Since the show, Jessica has been able to harness her platform and create a booming influencer career for herself, also regularly posting snaps with fellow reality TV alumni, such as Abbie Chatfield and the one and only 'Litney'.

Jessica has her own beauty business as well, selling lash and eyebrow products. 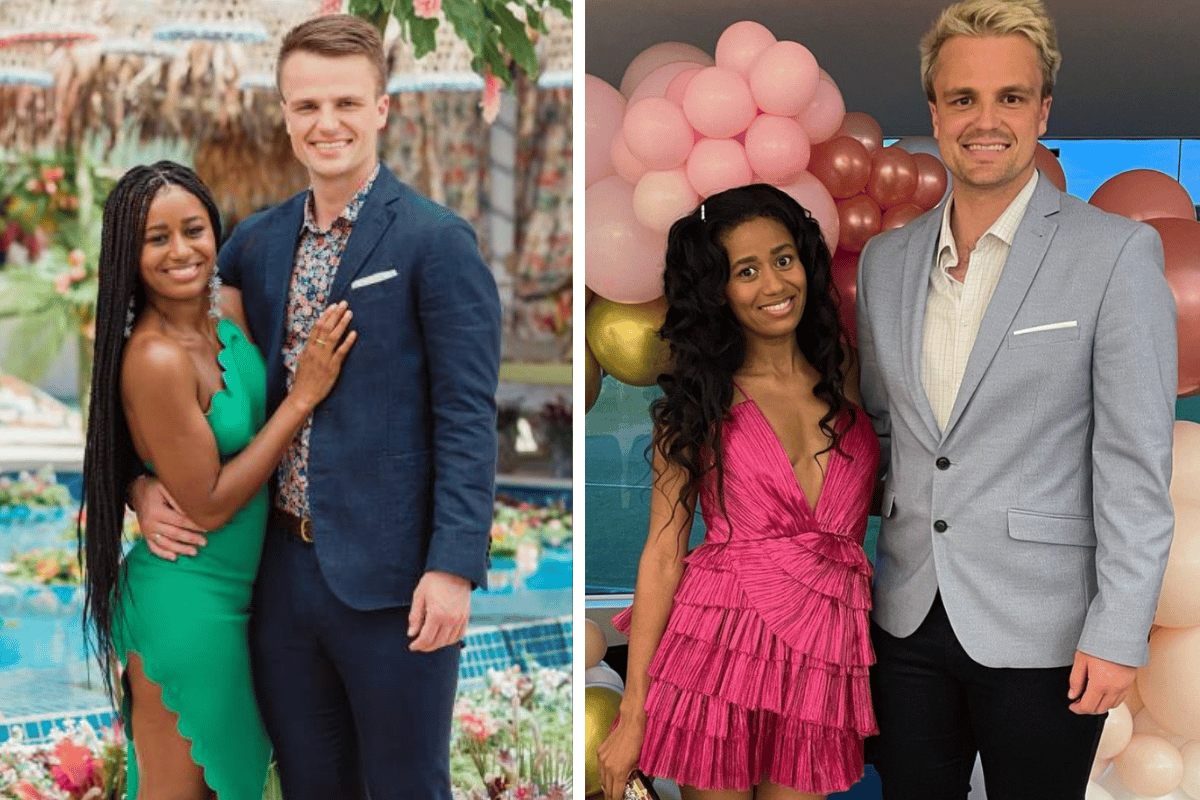 Image: Network 10/ Instagram @maryviturino18. An engagement and a baby: these two have been busy!

Conor Canning, who was a newbie for the Bachelor franchise, met his now fiancée Mary Viturino in late 2019 on BIP, and the couple have gone from strength to strength.

Mary and her daughter from a previous relationship, Chanel, moved to Tasmania to start a new life with Conor.

In March this year, the couple welcomed their daughter Summer Elizabeth Canning.

2021 also presented its own challenges, with Conor, a prominent Hobart property agent, having his property agent license taken off him after a magistrate ruled he was not a fit and proper person to practise in the industry due to a "stolen client database". 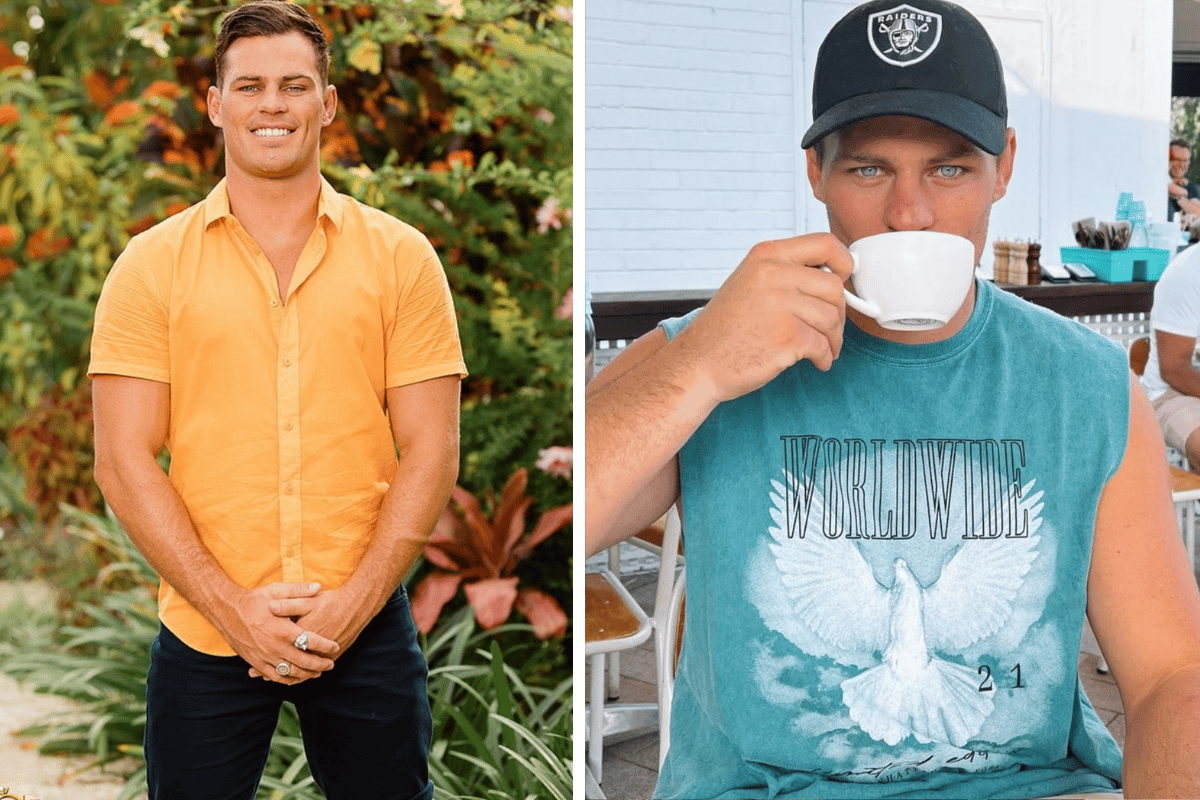 Image: Network 10/ Instagram @jacksongarlick. Jackson Garlick had a bit of a quieter time on BIP compared to his fellow drama-fueling contestants, but he still made quite the impact with the audience.

Speaking about his experience with reality TV via his Instagram page, Jackson warned viewers not to post "nasty comments" about his fellow and/or upcoming contestants, urging people not to "get hyped up by the edit".

"I'm seeing a friend getting hate on the show. We are all friends behind the scenes. It might look like there is a lot of hate but you don't need to join in on the hate, it's just TV."

Jackson continues to do some influencing work on Instagram, as well as promoting the family business: Garlo's Pies. 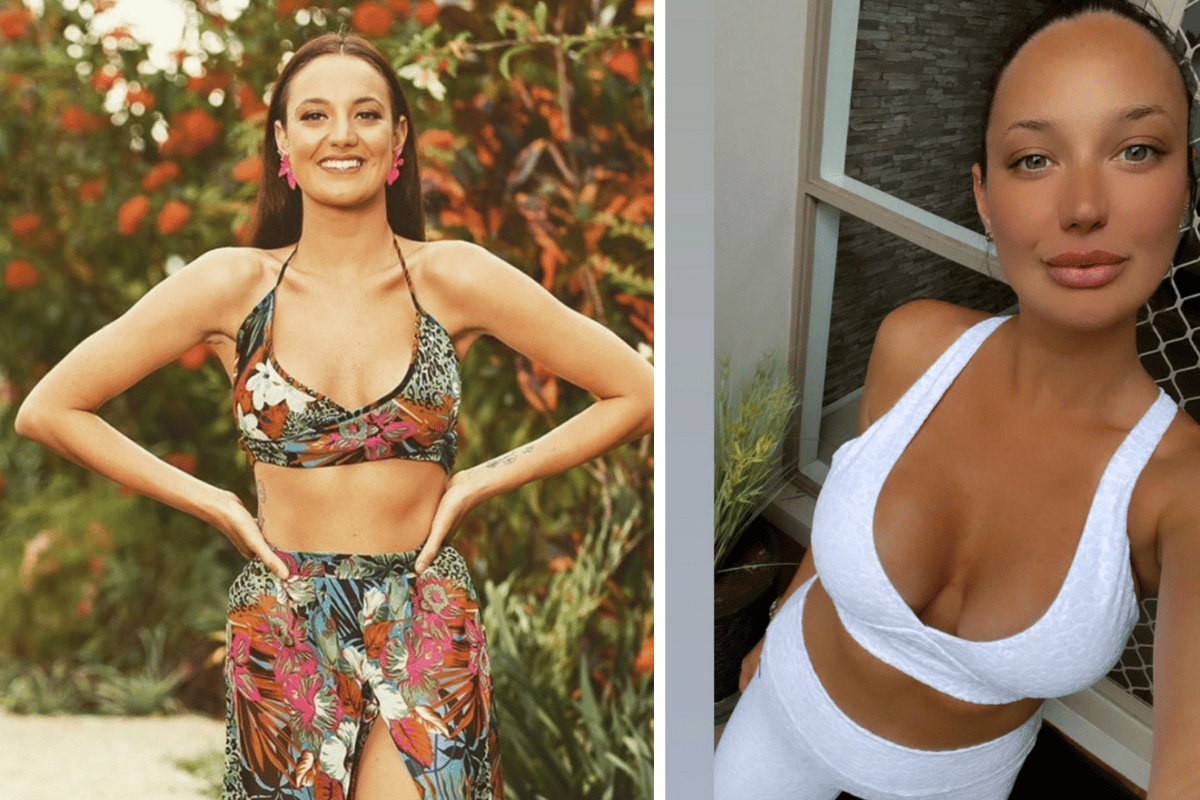 It couldn't be a BIP 2020 'where are they now' without the one and only LITNEY!

While in paradise, Brittney found herself in a love triangle with Jackson Garlick and Cassandra Mamone, who had some less-than-positive things to say about Brittney behind her back.

Speaking on the rude and hurtful comments made by Cassandra, Brittney said to Mamamia: "I would never put someone down like that, I've learned that you can be nice and be in a stressful situation."

"I'm so proud of myself, I didn't change myself because I was on TV," she said. "Some people think that's crazy, but how could you put yourself on TV and try to be someone else? You'll become unstuck and then you'll look silly."

Just recently, Brittney received some flack for using a heavy filter on her Instagram pictures.

She responded by saying: "Filter or not I can post what I like. If you don’t have anything nice to say, don’t bother saying anything." 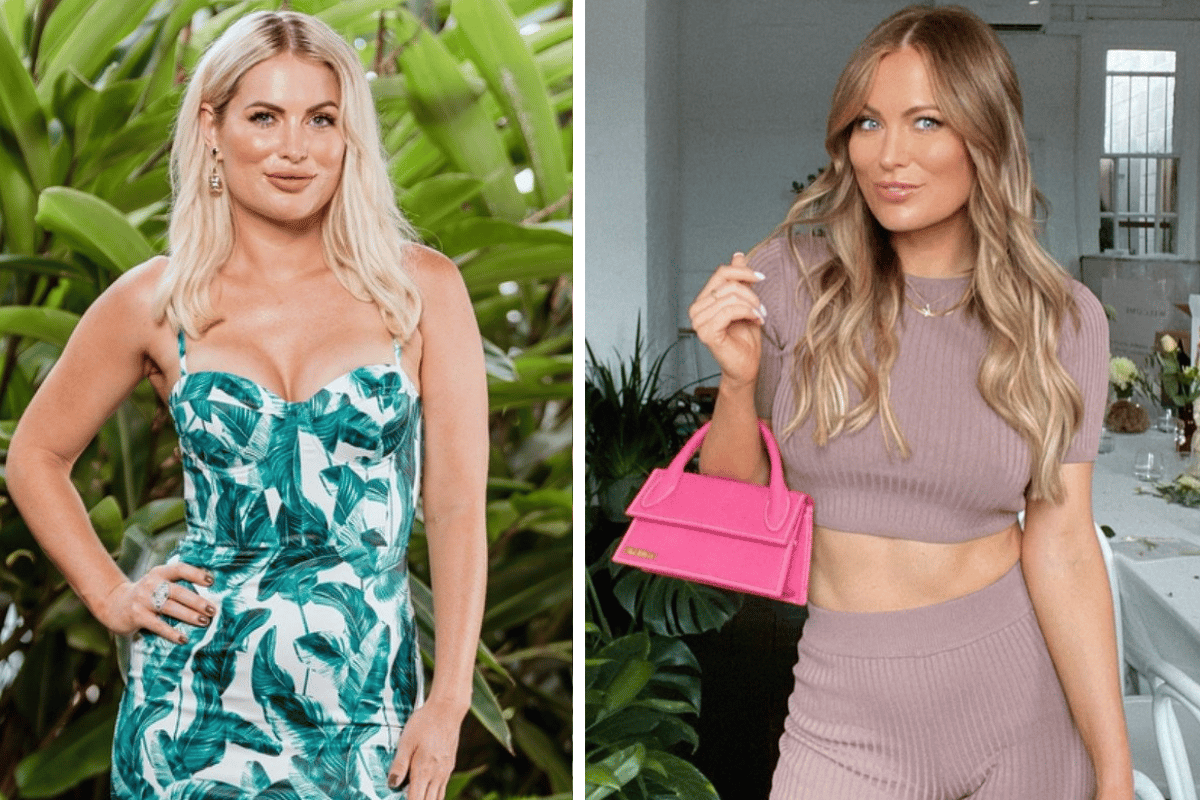 Image: Network 10/ Instagram @keiramaguire. Keira Maguire was such an icon on the Bachelor franchise.

From the first BIP season, she found love with Jarrod Woodgate, only for the pair to eventually split. Keira then formed a relationship with Love Island alum Matthew Zukowski. The pair announced their split earlier this year.

Since the show, Keira is continuing her successful role as an influencer, as well as starting her own skincare and beauty company, Skyn Collective. 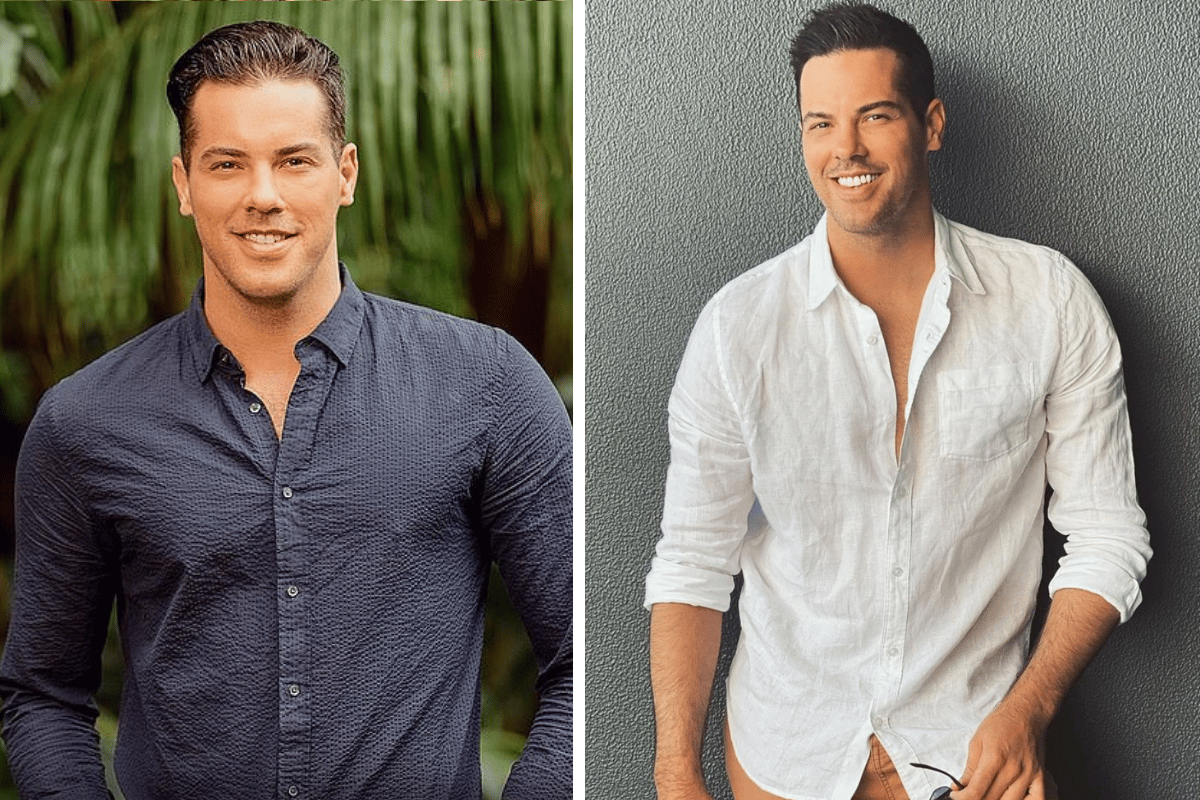 Image: Network 10/ Instagram @jakeellis86. Jake Ellis was only in BIP 2020 for a hot minute, but he's still a fan favourite thanks to his time previously on the franchise.

He decided to leave Paradise soon into filming as he felt the need to rekindle things with his ex, reality TV star Megan Marx. The pair did end up trying again at their relationship, but it wasn't meant to be.

He is now a marketing exec, as well as being an ambassador and speaker for The National Breast Cancer Foundation, given his mother passed away from the disease in 2018. 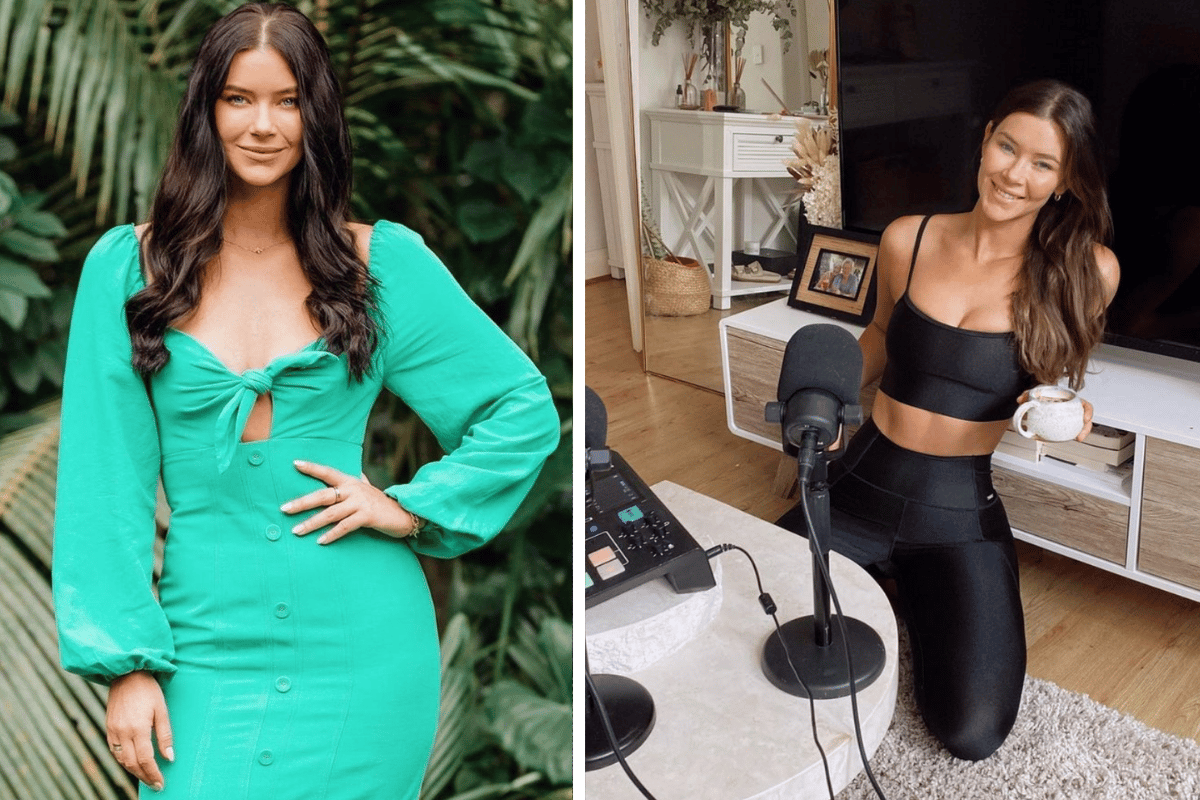 Image: Network 10/ Instagram @brittany_hockley. In 2017, Brittany Hockley appeared on Nick Cummins' infamous season of The Bachelor, where he picked precisely no one at the end. Later, Brittany coupled up with Timm Hanly on Bachelor in Paradise, however things ended soon after filming wrapped.

She is also one incredibly successful woman.

An award-winning podcast with fellow Bach alum Laura Byrne, dabbling in some acting, a close friendship with Rebel Wilson and a new radio show on the horizon: the last few years have been great for Brittany.

Also this year, she shared her experience of egg freezing, documenting the process and the reasoning behind her decision. 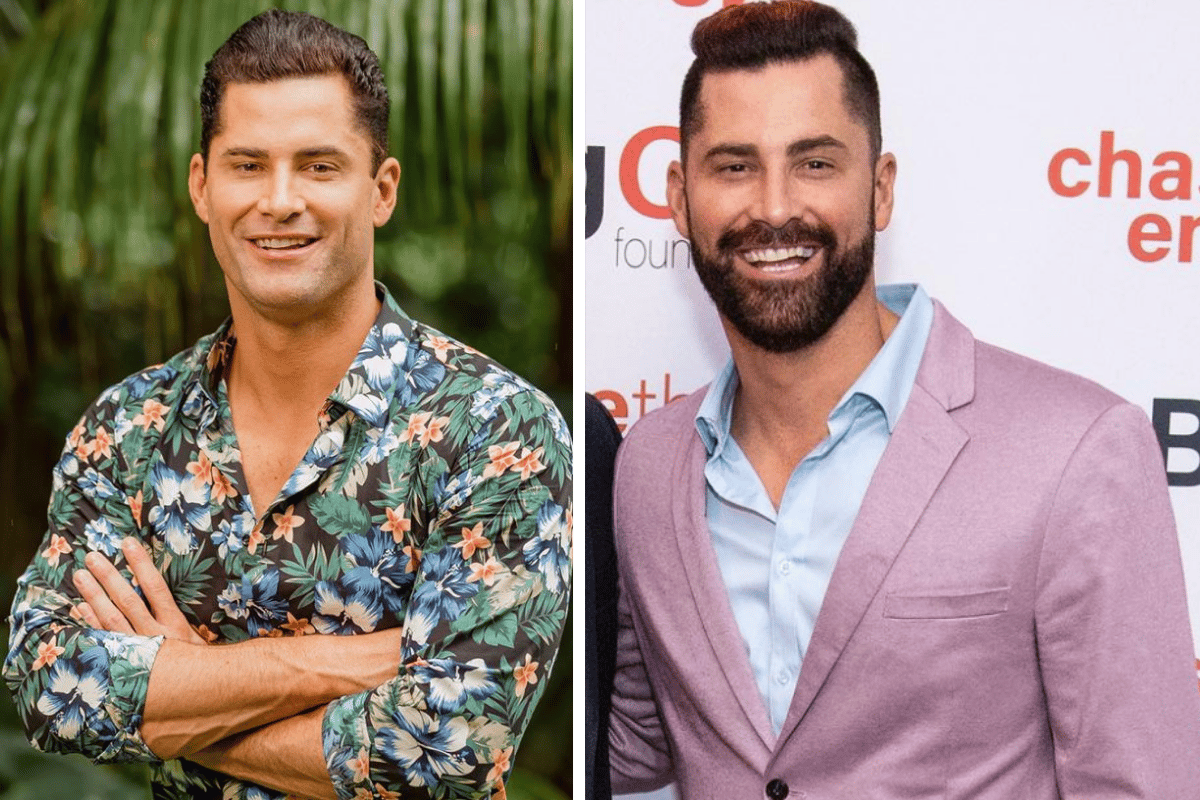 Image: Network 10/Instagram @jamiecdoran. Jamie Doran was perhaps one of the most notable personalities on BIP 2020.

After receiving some serious trolling, including death threats, Jamie launched a legal battle with Warner Bros last year, the production company behind The Bachelor franchise.

He alleges that producers made him out to look like a villain on the series, while also editing him in a way that suggested he was "mentally unstable".

Just this month, Jamie confirmed to The Daily Telegraph that his legal action is still happening.

"It's a little complex but the reason things are taking so long is we (my legal team and I) have been dealing with Warner Bros' insurer since July 2020. I have been receiving $1,000 a week compensation since July 2020: it has been a long, difficult road," he said to the publication.

"I'm doing this for all past, present and future contestants who these production companies manipulate and effectively ruin their lives, so it’s worth the time and effort." 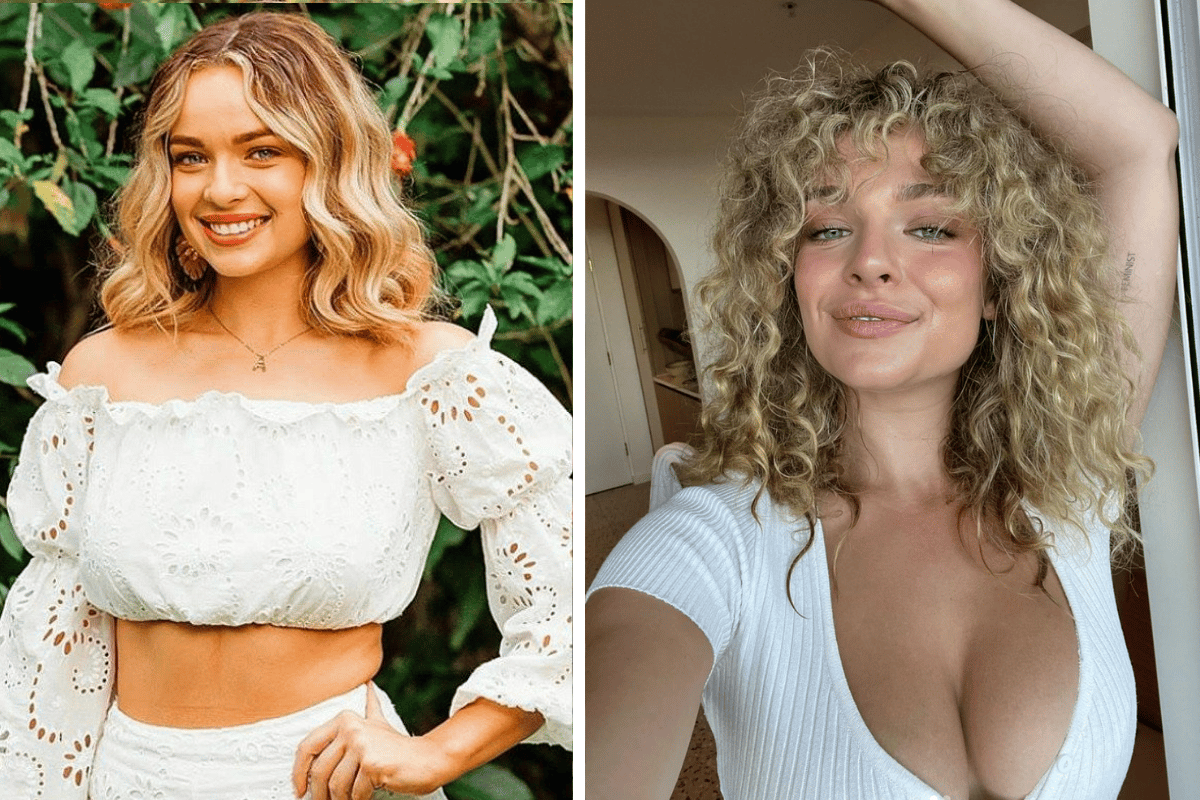 Image: Network 10/Instagram @abbiechatfield. Even though Abbie Chatfield was only on BIP for a week or so, she still deserves a mention.

With a very popular podcast, a sex toy collaboration and a television presenting gig on Love Island AU Afterparty, it's clear that Abbie has made a name for herself in the industry.

As many of us would now know, she has since formed a new relationship with 2021 Bachelorette contestant, Konrad Bien, although that has had its own complicated journey.

Last but not least, we have Mr Timm, with two ms, Hanly.

Timm, like Ciarran, had a positive reaction from viewers on his first season, but on BIP is when things unravelled.

Brittany Hockley and Timm decided to leave paradise together and give their relationship a go on the outside. But sadly, it didn't work out.

"It went downhill rapidly. It was a real disaster," Brittany told Mamamia. "He was just a different person." 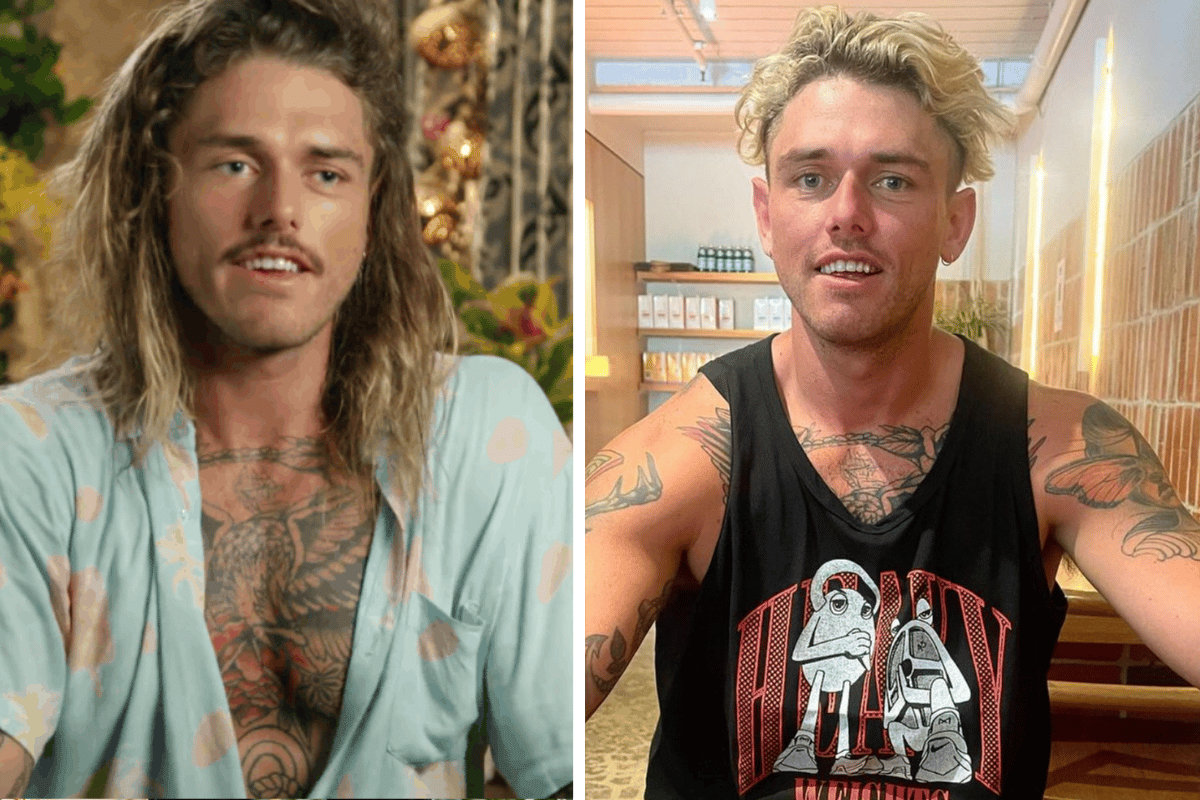 Image: Network 10/ Instagram @timmhanly. As many former reality TV stars have done this year, Timm also had a go at fighting in a professional setting (not BIP this time) via a celebrity boxing match.

He launched his own clothing line called Front Runner last year, as well as rekindling things with his ex-girlfriend. The pair are still together.