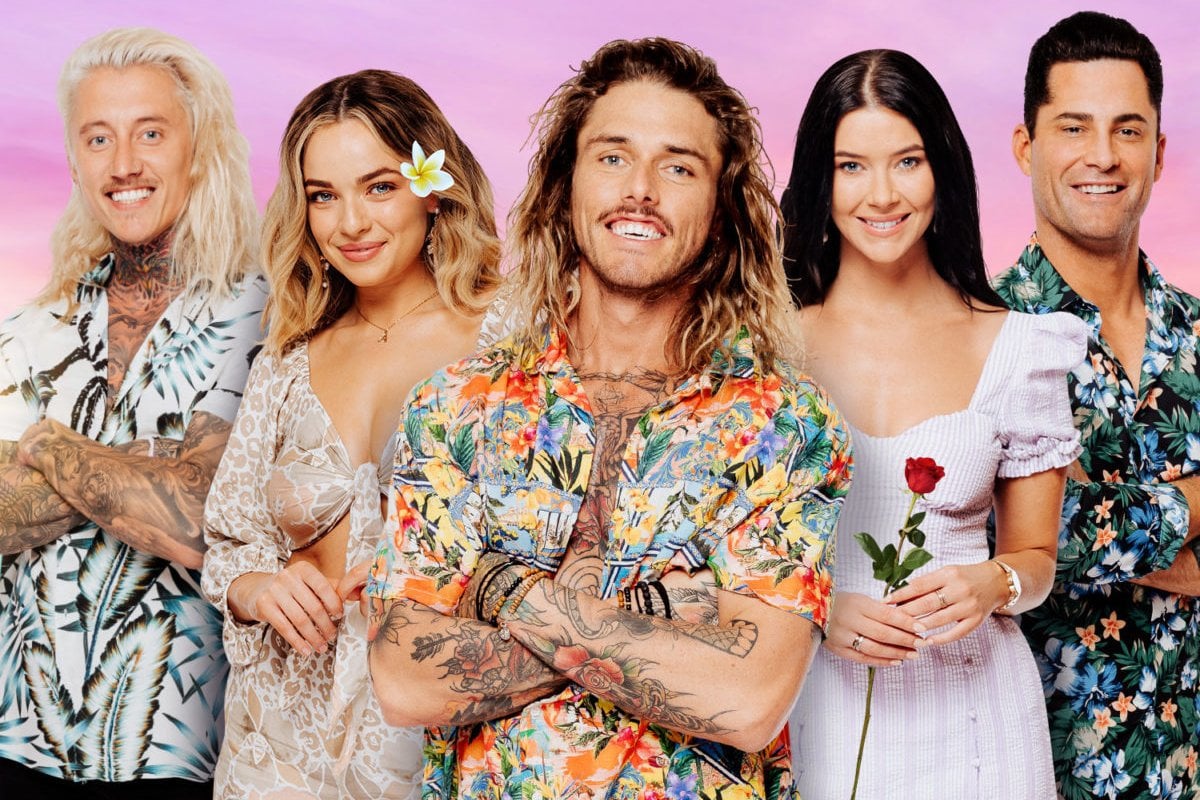 In some truly upsetting news, it looks like Bachelor in Paradise might not be going ahead next year.

That's right, say goodbye to your mango daiquiris and drama-filled bulla banquets (at least for now).

According to the So Dramatic! podcast, the show is taking a year off from filming, with inside sources telling host Megan Pustetto that "the show is being rested due to a number of different reasons".

Once source told Pustetto that producers wanted to take a break because they wanted "a bigger pool" of contestants to choose from instead of reusing the same familiar faces.

A post shared by Bachelor In Paradise Australia (@bachelorinparadiseau) on Aug 6, 2020 at 1:00am PDT

Another claimed that COVID-19 and a contract with the Fijian government saw the show halted.

"Paradise is not happening this year due to COVID; they had a contract with the Fiji government and resort for Paradise, but that physically can’t happen anymore. Contractually, they aren’t able to film at another resort, and even if they could, it is too expensive to film in Australia anyway," the source told Pustetto.

But there's still a bit of hope. A third source, this time a contestant, claimed that filming will go ahead but it won't be until 2021.

At this stage, however, nothing has been confirmed.

Here's hoping we don't have to wait too long for Hawaiian shirt Osher to return to our screens.

Listen to The Spill, Mamamia's daily entertainment podcast. In this episode, Laura Brodnik and Kee Reece chat about Erin Molan breaking her silence about the abuse and harassment she suffered online. Post continues below.

2. Too Hot To Handle’s Harry Jowsey wants to be the next Bachelor, and no thanks mate.

After breaking up with Francesca Farago earlier this year, Too Hot To Handle’s Harry Jowsey has is eye on another dating show.

Speaking to Nova podcast How To… Life earlier today, the 23-year-old said he would be keen to be the next Bachelor.

"It’s hard to date when you have a bit of attention. A lot of people kind of just want to fly in and fly out. But I wanted to go on Too Hot to Handle...  to find love and I found it and it was amazing. But unfortunately not everything works out. At least I know what that feels like. So now how do I get back to that point. How do I find someone that genuinely wants to be with me for me.”

Harry went on to say that it was difficult for him to get over his breakup with Francesca, who he started dating on Too Hot To Handle and later became engaged to.

"It was so difficult because usually when you break up with someone it’s just like cool, tell your friends, I’m upset… But it was hard because the whole world was watching this relationship. I had so many people in my ears."

"Love is blind. I was so blinded by everything that was going on. There is probably a different side of me as well that a lot of people don’t see. But I think in that relationship, there was so much love and there was also so much toxic energy. It was so gross."

But it seems it's taken him a while to move on from it.

"The worst thing I did. It was a couple weeks after. I tried to hook up with a girl. I cried during sex and it was so weird. I said to her ‘I am so sorry I just broke up with my ex. I was in love with her. I thought that I’d be ready to move on’. And she was like ‘it’s okay, let’s just cuddle’. And I’m just like a big baby sitting there sobbing in her armpit."

3. Alex and Henrietta from Farmer Wants A Wife have confirmed that it’s all over on the romance front.

Well that was quick.

Alex Taylor and the winner of Farmer Wants A Wife Henrietta Moore have called it quits.

Sharing the news on Instagram, Alex replied to a fan who was desperate for an answer. Spotted on a photo of himself playing rugby, a follower commented, "Answer my question!".

Alex replied, "To put you at ease Henrietta and I not together anymore but we remain friends. Sorry for the late reply just had a bit on."

During the finale of the reality TV show, viewers were shocked when Alex picked Henrietta over fan favourite Jess Wolfe.

In the days after the finale, he shared how happy he was with her.

"I think everyone got quite a unexpected surprise at the reunion tonight! @henriettalily_ Thank you for being there beside me on the couch tonight and challenging me through this entire experience you made every moment truly unforgettable," he wrote on Instagram.

However, like many other reality TV romances, it didn't last in the real world.

4. Bec Judd says Chris didn't propose until she begged him for a ring.

Bec Judd shared that before she married her husband Chris, she had to make it very clear to him that she was after a very particular ring. AKA a gorgeous, diamond-clad engagement ring.

When appearing on Monday's 3pm Pick Up, the 37-year-old explained that when the couple were in Paris, she had to spell in out to her then-boyfriend that she wanted to get married.

"When we were in Paris we walked past a jewellery store and there was a ring, like a celebration or commitment ring, not 'the' ring, not a diamond ring.

"And I was all excited about the potential to get engaged, and he's like, 'Hey, do you like that ring? Do you want it?'," she shared.

Bec explained that the ring would buy AFL legend Chris a little more time before popping the question.

Beach box bathing with my number one. 9 years married tomorrow. 16 years together. 4 kids (🤪). It’s been a busy decade. Not sure we could top this one @cjayfive 💕

"It was just a plain ring that he thought, 'If I give her this to wear [she'll say], oh, my boyfriend got me this ring to wear.' It'll shut her up," Bec said.

"And it shows that he loves me because he bought me this ring, but it's not 'the' ring that means I can start planning the wedding," she added.

They have four children.

5. Dominic West starred in The Affair. Now everyone is talking about his "affair" with a co-star.

In early 2016, actor Dominic West was riding high on the back of the second successful season of The Affair — a Golden Globe-winning television drama in which he played a schoolteacher tangled in an extramarital relationship with a waitress.

Pondering the US show's premise in a now infamous interview with the Evening Standard that March, the Brit said:

"I think women should be more indulgent of affairs. I really do. It’s daft to kick someone out over a fling. Isn’t it?

"Everyone should turn a blind eye to men’s behaviour between the ages of 40 and 50. Let it all blow over."

This week, more than ever, he must be wishing that were true. 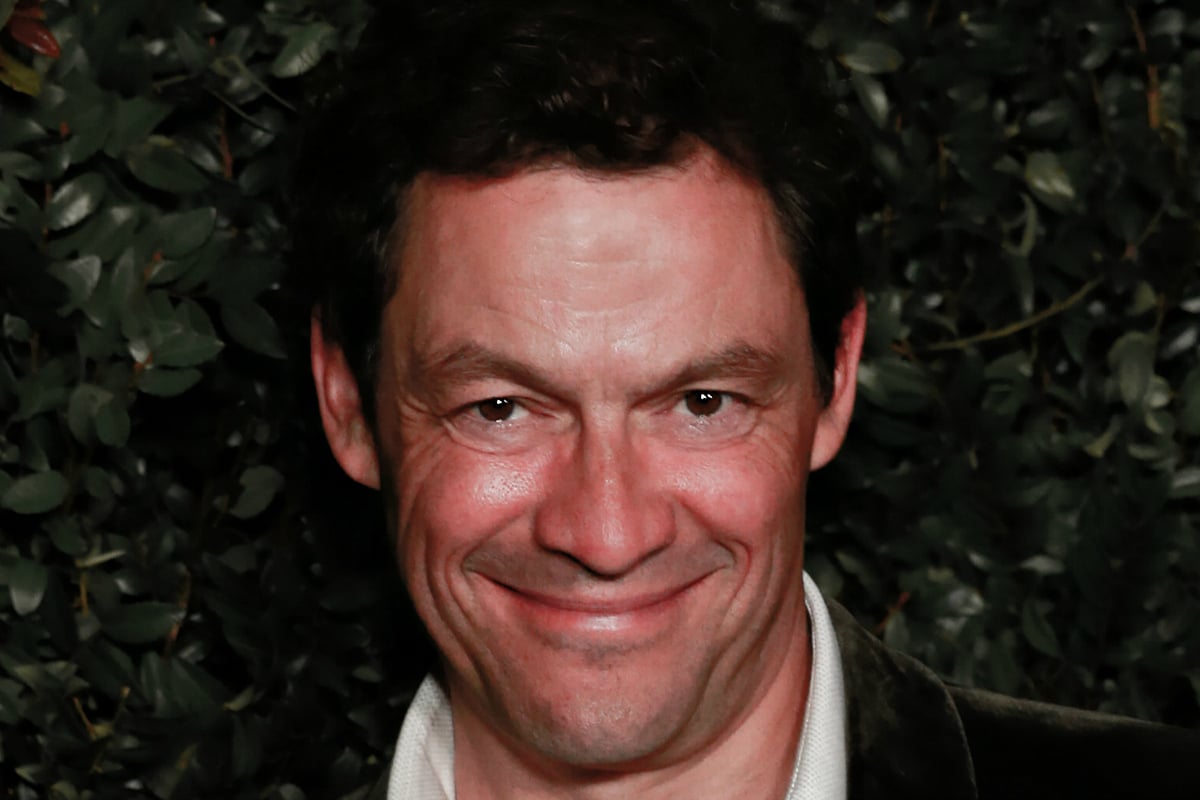 Rumours abound that the 50-year-old is in a relationship with fellow actor Lily James (of Downton Abbey, Cinderella and Mamma Mia! Here We Go Again fame), after he was seen stroking her hair and kissing her neck at a restaurant in Rome.

Neither West nor James, 31, have commented on the speculation. Nor has West's wife of 10 years, landscape designer Catherine FitzGerald.

The couple met at university and briefly dated, before reuniting after FitzGerald's first marriage ended in 2002. They now have four children between the ages of seven and 14.

Outwardly at least, there's been no indication of a split.

For more on Dominic West's past relationships, read our earlier article here.