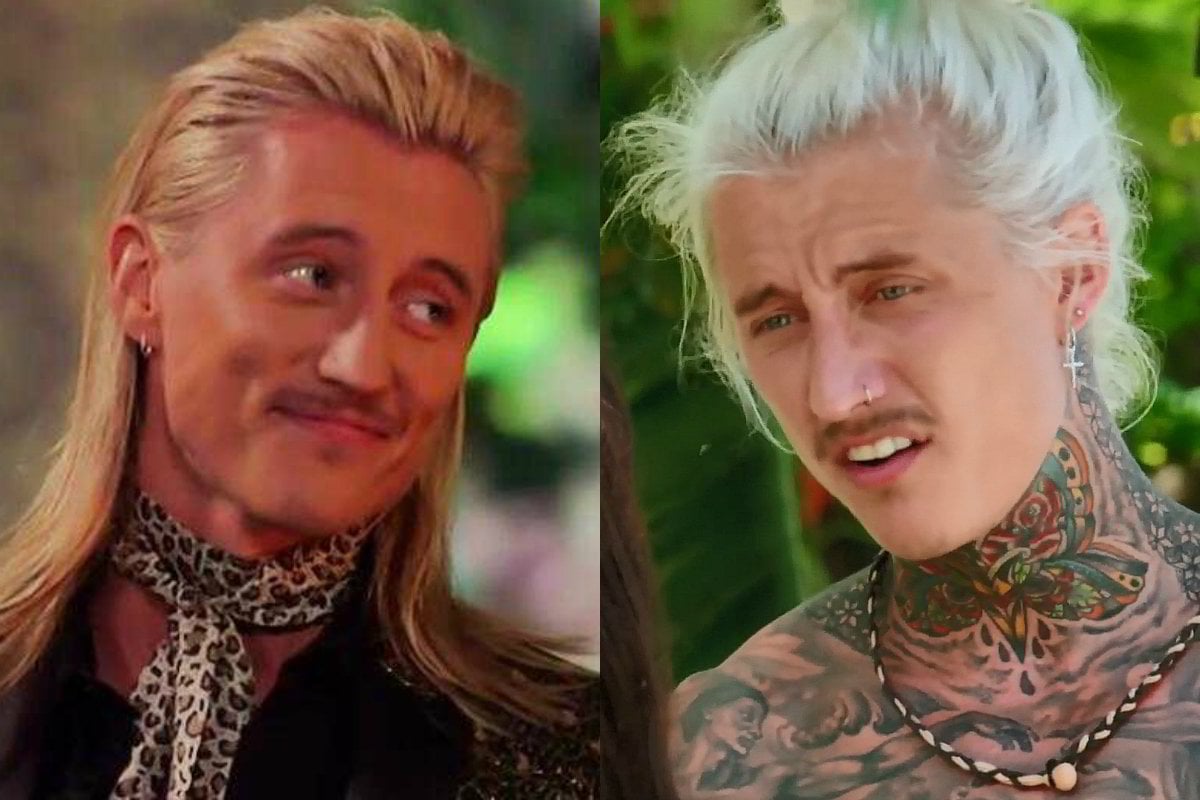 A lot can change in 10 months, but none of us saw the 180 degree switch in public opinion towards former-Bachelorette fave Ciarran Stott coming.

In October last year, Ciarran became a darling of Australia when he appeared on Angie Kent's season of The Bachelorette. We saw him as this fabulous modern day man who didn't let his inhibitions bother him. He was sensitive and open-minded, and open to a leopard print necktie, earrings and a little makeup.

We laughed at his willingness to pose naked in front of Angie, Yvie and the other bachelors for a live drawing class. Then we cried when he cried, as he tearfully told Angie about how his nan had died and he needed to leave the mansion as he was no longer in the right headspace.

Ciarran and Timm on the 'bro code'. Post continues below video.

Even after the episode of him leaving aired, viewers and social media rallied behind him to be the one handing out roses in 2020 as the next Bachelor.

Currently, we're watching Ciarran hand out roses - at this point in time to Kiki Morris, from Richie Strahan's season of The Bachelor - during Bachelor in Paradise.

And this Ciarran is different. Except, well, he's actually not.

BIP Ciarran is toxic and possessive, sparking fights based on 'bro code' because someone he knows from a reality TV show took his ex-girlfriend on a date without asking him first.

He lies, or at least omits information: Like on Sunday night's episode, when he told Kiki he had slept with Jess Brody earlier in Paradise, only after other women suggested she might not know everything she should.

Then there was the revelation he was still speaking to his ex Renee while filming The Bachelorette, and they got back together for a couple of months after he returned to Darwin.

We also can't ignore the language he uses. "I'm a 26-year-old lad and if that carrot's getting dangled in front of me, I'm gonna bloody bite it," he said on Sunday's episode, when discussing why he slept with Jess despite telling Kiki he would wait for her arrival.

Based on the different portrayals of Ciarran, you could be under the impression he has had a personality transplant.

Bachelor in Paradise - the scenes we're seeing play out on screen now, of verbal fights over ex-girlfriends and calling people 'dogs', 'snakes' and 'rats' - took place in early November 2019. That is only a couple of weeks after Australia first got to know Ciarran on The Bachelorette and days after his decision to leave aired.

Filming began in June, and Ciarran's exit would have been in July. That's just over three months between leaving The Bachelorette, and jetting to Fiji for Paradise.

You don't go from being the funny-yet-kind definition of non-toxic to a possessive lothario in a matter of weeks. But what can happen is vastly different approaches to editing that makes it seem that way.

Cast your mind back to that very first episode when he worried about what he may have said in front of Angie's brother, Brad.

The Ciarran in The Bachelorette had the same level of confidence and bravado as the Ciarran on BIP.

The difference is that on The Bachelorette, the producers put a spin on that Ciarran. It was endearing, and funny, and presented as an attractive level of self-confidence. 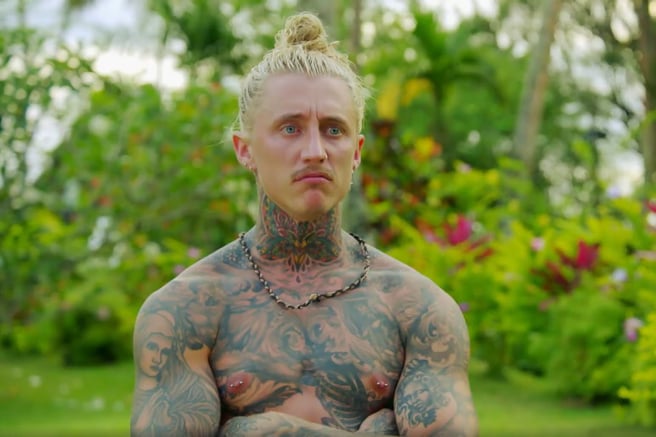 On Paradise, they've taken that spin away. Even before the latest drama surrounding himself, Renee, Kiki and Matt, in which is he definitely in the wrong, the editing around Ciarran was... different.

Producers took away his shine and focused on the slime.

We watched as he held himself in a different regard to his ex-girlfriend, who he insisted shouldn't date someone else despite him 1. cheating on her and 2. gettting with her friends, and we wondered how this guy could be the same one we'd seen last year.

We bought into the fantasy they sold us, of a loveable larrikin with a British accent who knew better. We were tricked.

The true Ciarran is probably shades of both 'characters', and here's hoping watching his current attitudes on national TV leads to him owning his mistakes, apologising and striving to learn from them to become better.

For the rest of us, it is a stark reminder of the ability for reality TV editing to manipulate our perceptions.

B
bittersweet 2 years ago

Reply
Upvote
1 upvotes
I think one of the big differences was that in The Bachelorette, there was only 1 girl that he could pursue on screen, and his ex girlfriend wasn't on the show.  That necessarily meant that we weren't shown some of the worst aspects of his personality that have emerged in BIP.
G
gu3st 2 years ago

Reply
Upvote
Oh, Ciarran. Mum always warned me about guys with weird phonetic spelling for their name, but I still fell hard for your nipple rings.
C
cam 2 years ago