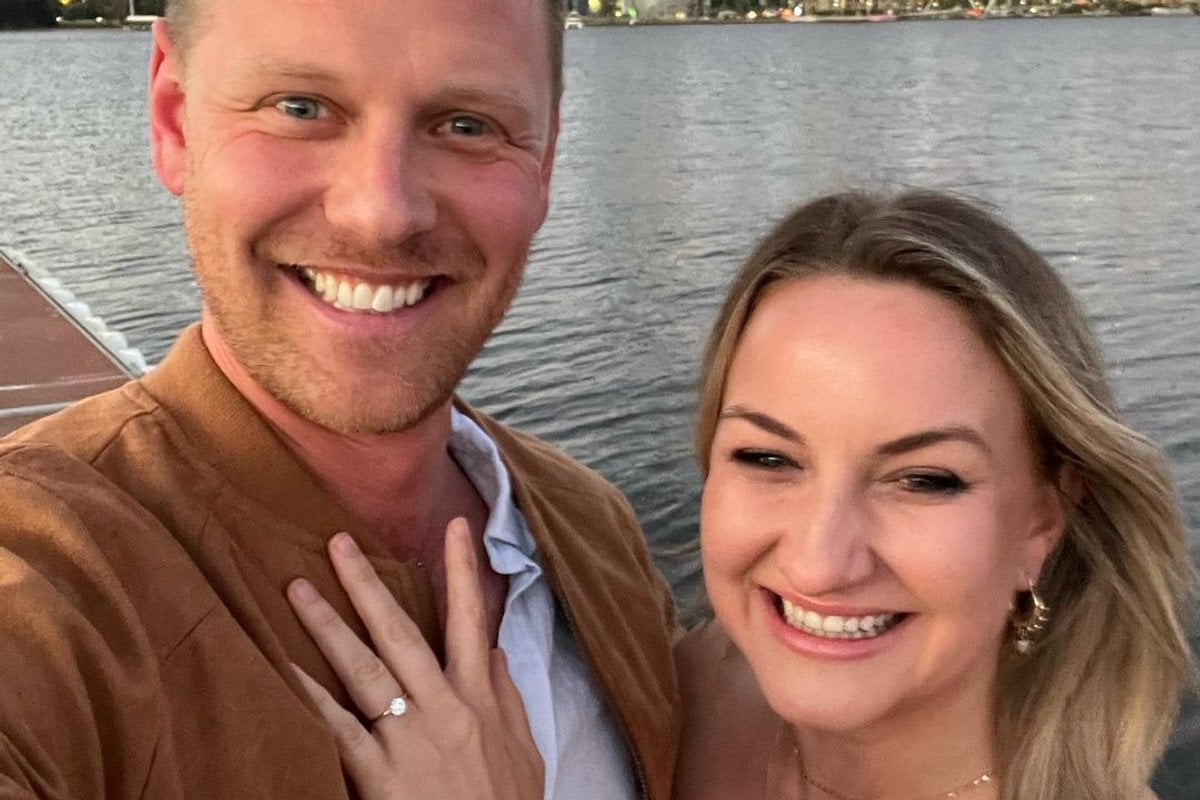 Our favourite Bachelor in Paradise couple are officially engaged!

This afternoon, Alisha Aitken Radburn and her fiancé, Glenn Smith announced their engagement after two years together.

The pair met on set of the Bachelor in Paradise 2020, but their story hasn't always been so smooth-sailing.

In August last year, we first found out that the pair had both cheated on each other since Fiji.

"Glenn was at a buck's party in Perth, and met up with Helena at a club and they ended up kissing a couple of times that night," she said in the latest episode of the So Dramatic! Podcast.

(Yes, as in Helena Sauzier, fellow Paradise goer. You read that right.)

Didn’t get a rose so dressed as one instead 😜⁣⁣ ⁣⁣ Sad my journey in paradise has ended but so so grateful for the experience 😅⁣⁣ ⁣⁣ May not have met the love of my life but definitely made friends for life and had a lot of fun doing it (here’s a big shout out to one of my favourite humans @brittany_hockley) 👯‍♀️ ⁣⁣ ⁣⁣ Thank you to all of you for the wonderful comments and messages. They meant the world to me ❤️ ⁣⁣ ⁣⁣ Back onto @hinge I go 🤣⁣

"Helena knew Glenn and Alisha were still together, and the next day she started panicking that people were going to find out, so she asked Glenn not to tell Alisha," Megan continued.

Glenn reportedly refused and owned up to Alisha about the kisses leaving her understandably "furious and upset".

But the drama doesn't end there.

Alisha, according to So Dramatic!, hooked up with Scott (yes another Bachie contestant) at Jackson's (yes, that Jackson) birthday party that December. 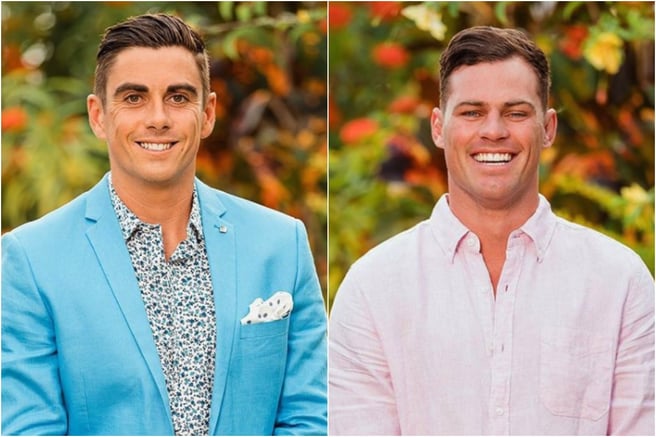 Remember filming for Bachelor in Paradise ended around December 5, so this all happened very soon after what we saw to be a very loved up finale between Alisha and Glenn.

But the couple patched things up since the cheating drama (s) and decided to "call it even".

Throughout 2021, we saw the pair grow stronger than ever as Alisha moved to Glenn's hometown in Perth.

In case you needed a reminder:

We are oh so happy for the couple.

Reply
Upvote
1 upvotes
If they were getting engaged, he’s putting the ring on the wrong finger....
M
mamamia-user-637532840 2 years ago