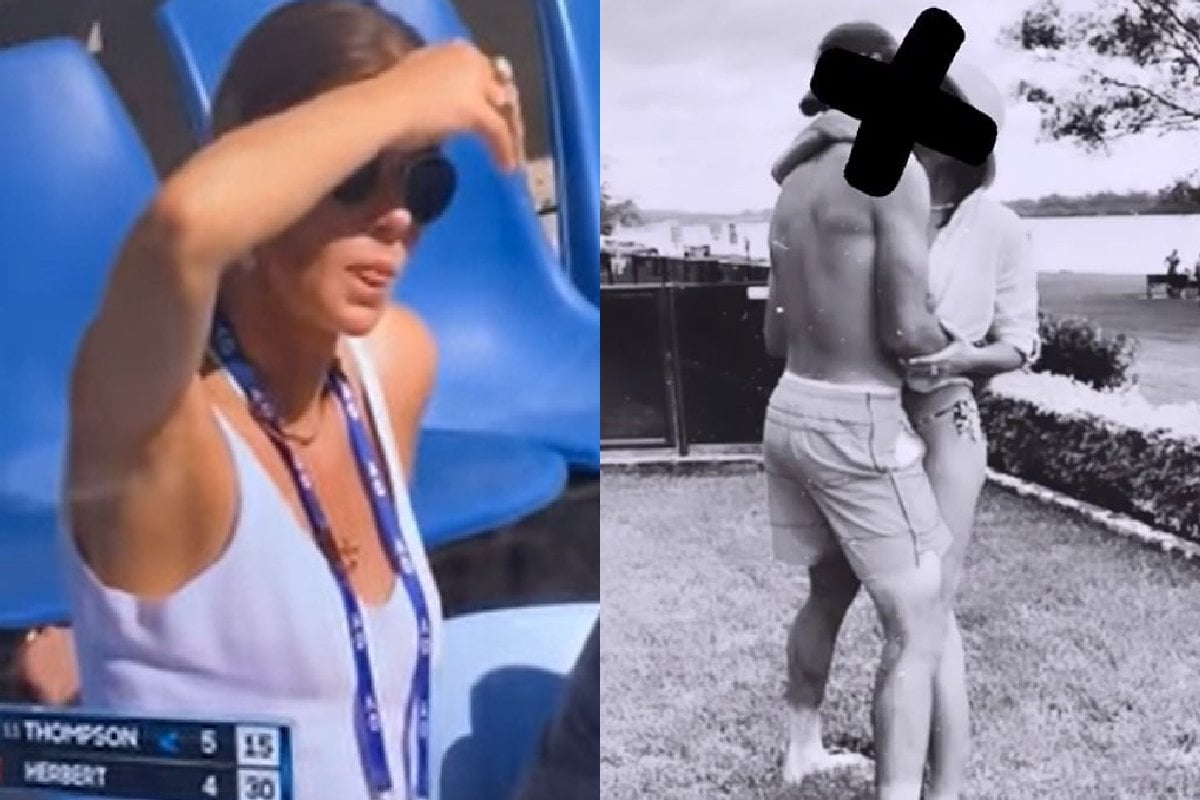 If you're a fan of The Bachelor franchise or the podcast Life Uncut, you'll definitely be rooting for Brittany Hockley to find love.

In 2017, she appeared on Nick Cummins' infamous season of The Bachelor, where he picked precisely no one at the end. Then just last year, she coupled up with Timm Hanly on Bachelor in Paradise, however, things ended soon after filming wrapped.

Watch: The moment when Brittany Hockley and Sophie Tieman realised Nick picked neither of them. Post continues below.

But now, it looks like Brittany's found a new man.

Over the past few months, the reality TV star has alluded to her new relationship on social media, but hasn't given us any more details.

So we decided to do some digging. 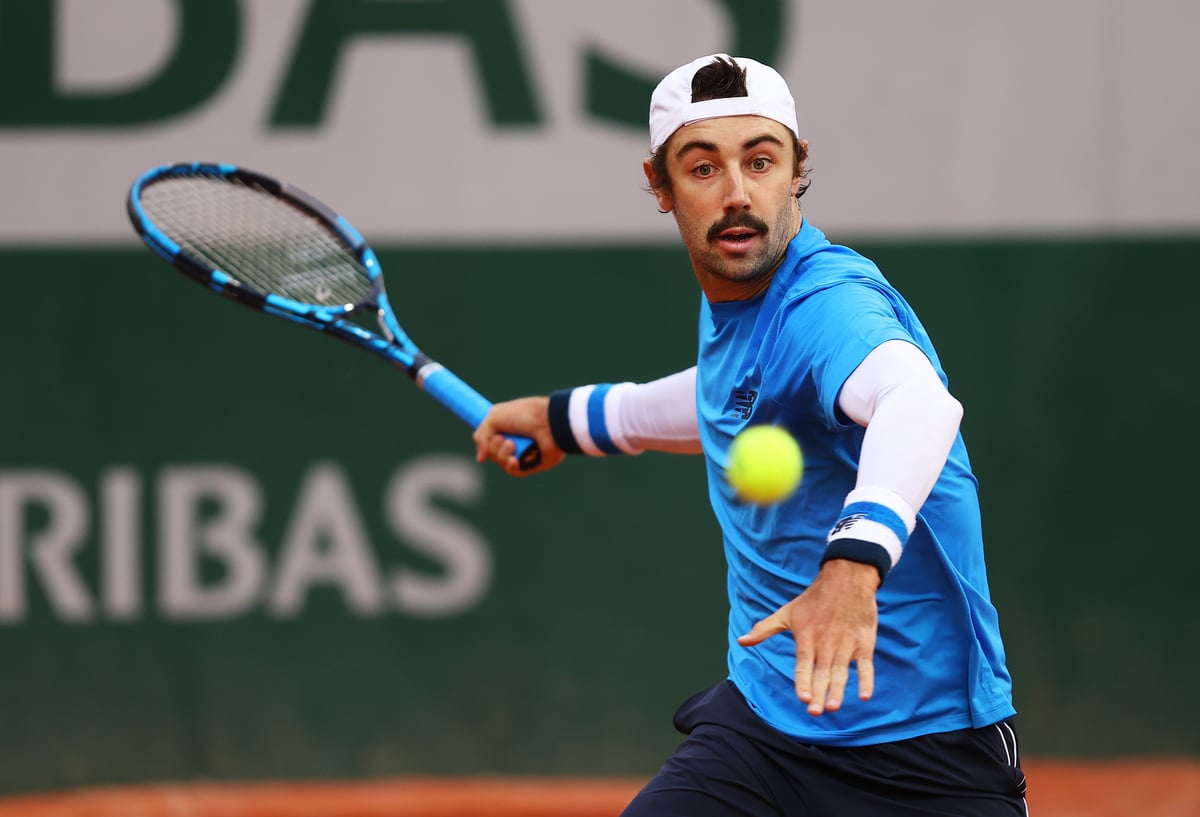 Rumours began circulating about Brittany's relationship with Jordan over New Year's Eve. During the festive period, a fan asked Brittany to share a photo of herself from when she was really happy. In response, she uploaded a black-and-white photo of herself and a mystery man kissing. 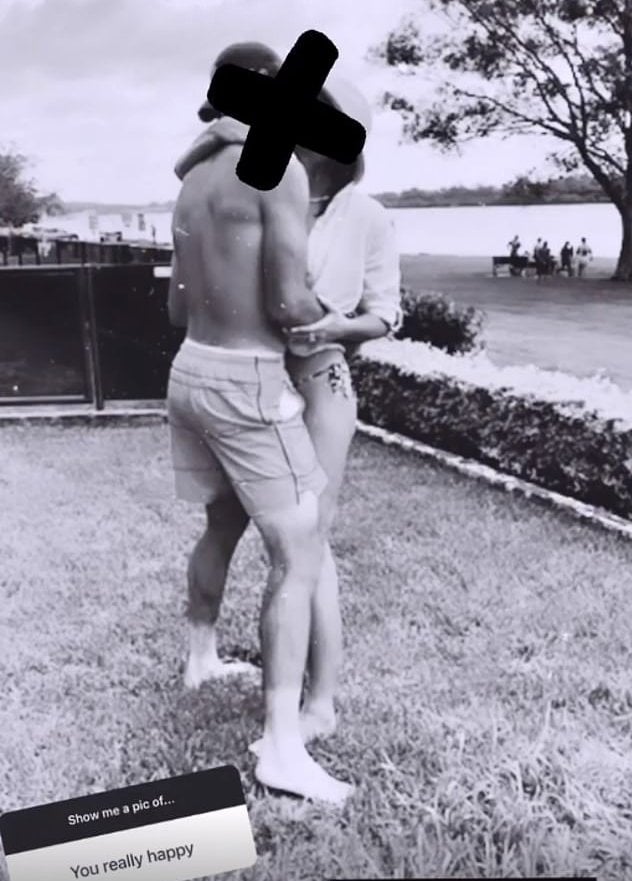 The reason we believe this is Jordan is all to do with his feet. Well, more specifically, his socks.

As a pro tennis player, Jordan spends the majority of his time wearing socks and training in the sun. And wow, that is some sock tan line.

However, after this photo sparked some rumours, Brittany shut them down. During an episode of her podcast Life Uncut, she told co-host Laura Bryne that she spent New Year's Eve with this man. But he's not her boyfriend.

"I do not have a boyfriend but I did spend [NYE] with somebody and I have been spending time with somebody," she told Laura.

She also responded to the rumours about who the man is.

"This is not me confirming or denying any allegations about who you think this prospective man might be, I’m just thoroughly impressed by the fact of the extent that you’re going to to try and find out," she said.

Not long after, Jordan uploaded a photo of Brittany to his Instagram story. The two were at Bondi Beach and Brittany was attempting to do pull-ups on the outdoor gym equipment. 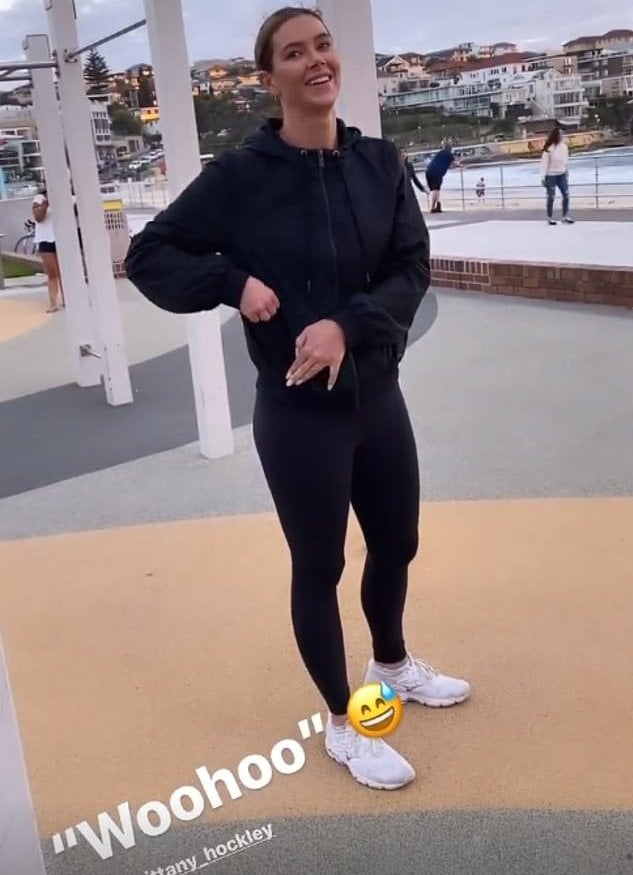 The next clue is that Laura Byrne's fiancé, Matty J, follows Jordan on Instagram. Enough said.

And lastly, the biggest clue of all: the tennis.

This week, Jordan Thompson (who is a pro tennis player that ranked number 43 on in July 2019) is currently playing at the Australian Open in Melbourne. And it looks like Brittany is there supporting him.

On her Instagram story, she uploaded photos of a hotel room in Melbourne that she is currently staying in.

In the video, there is a man (we assume Jordan), a tennis racket and bright orange shoes (which he owns a pair of). 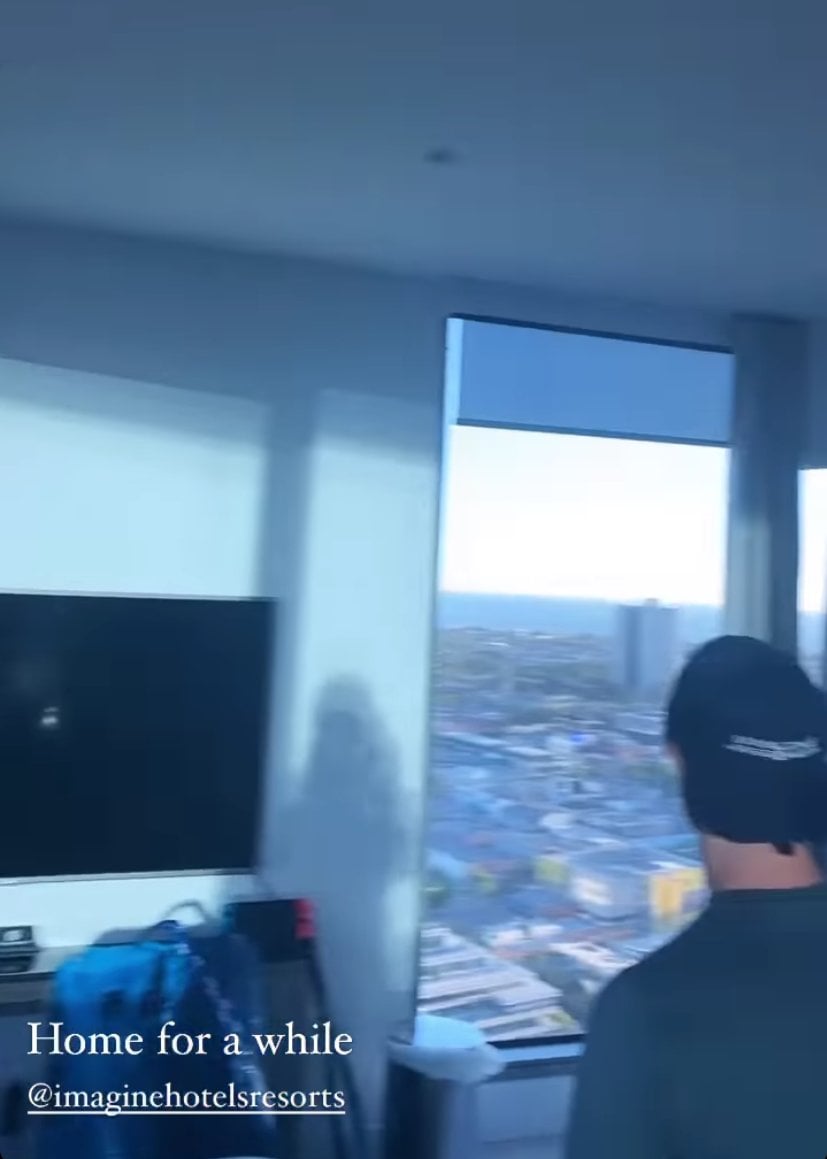 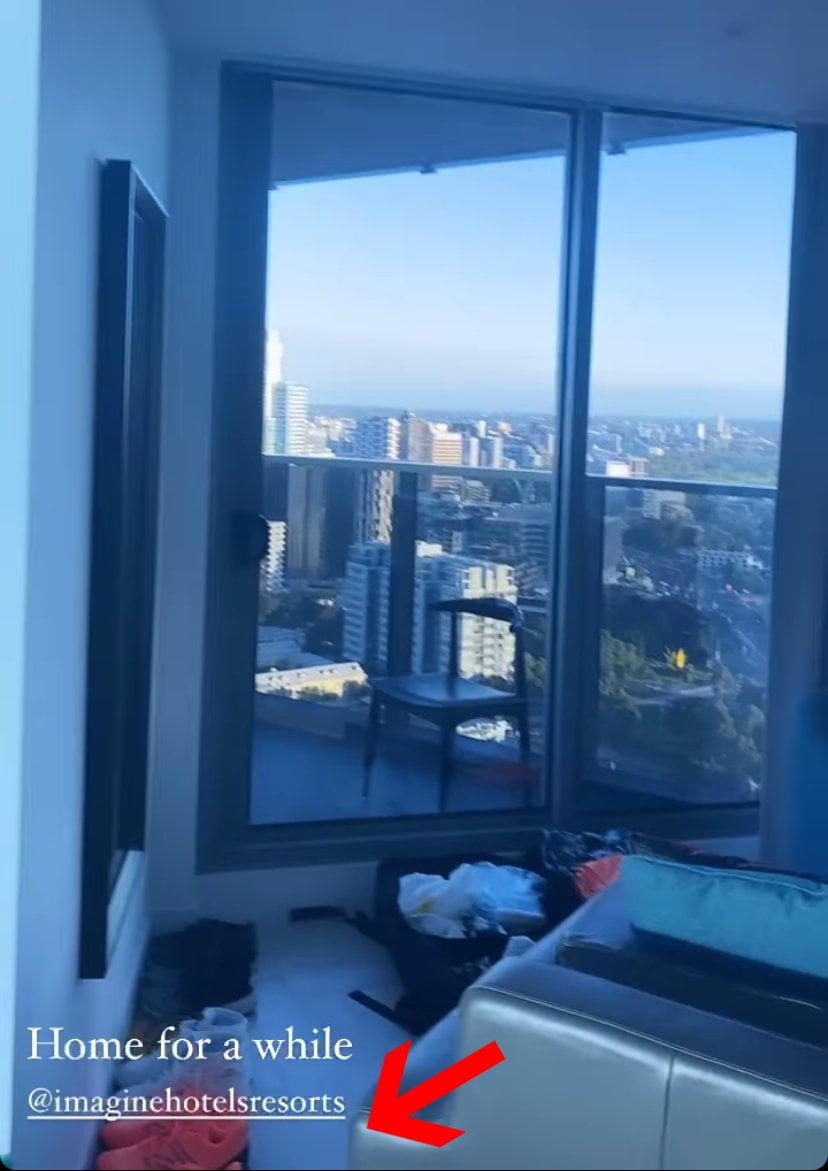 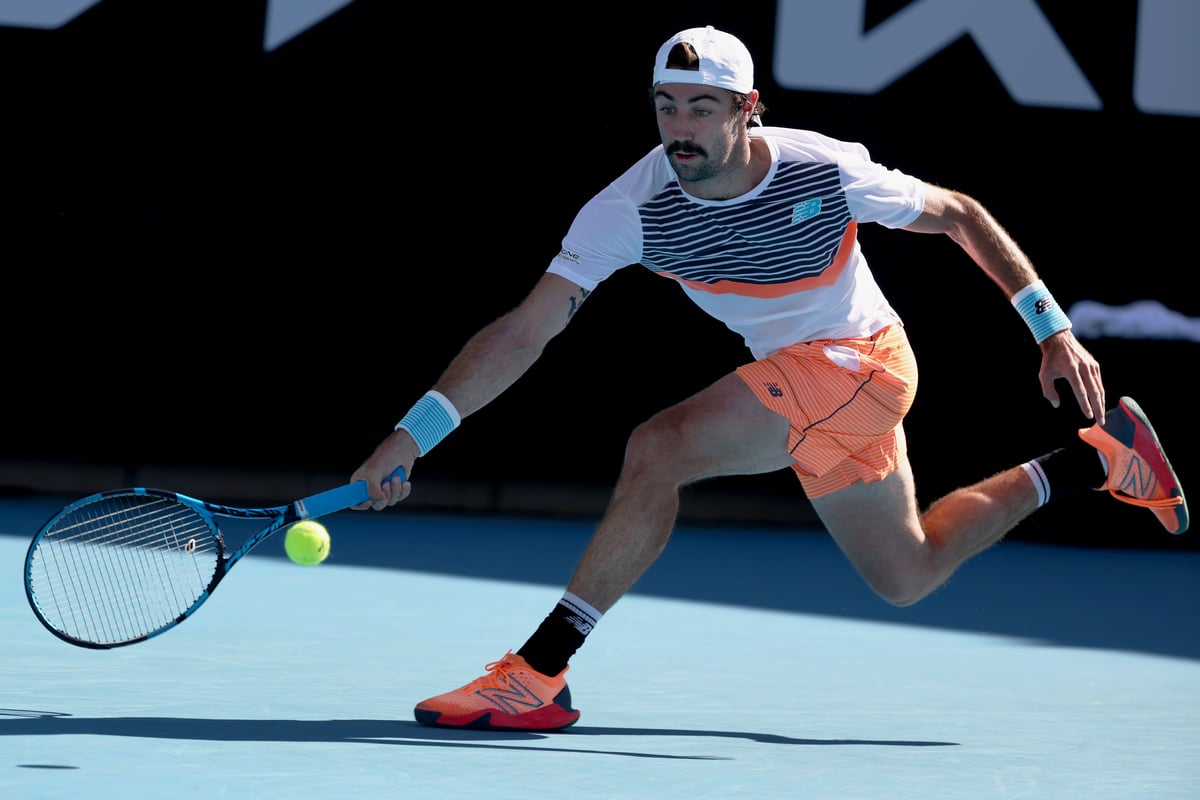 Jordan and his orange shoes yesterday at the Australian Open. Image: Getty.

Then on February 3, Jordan played against French tennis player Pierre-Hugues Herbert. And it looks like Brittany attended the match.

In the Life Uncut Facebook group, various listeners posted photos of a woman in the audience who looks a lot like Brittany. That includes a close-up which we believe is 100 per cent Brittany. 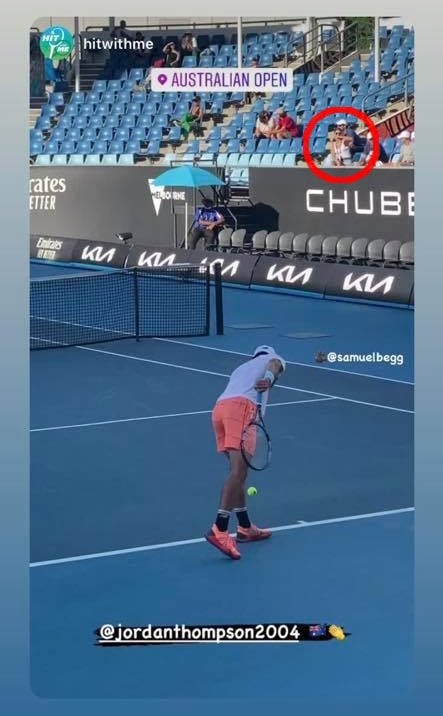 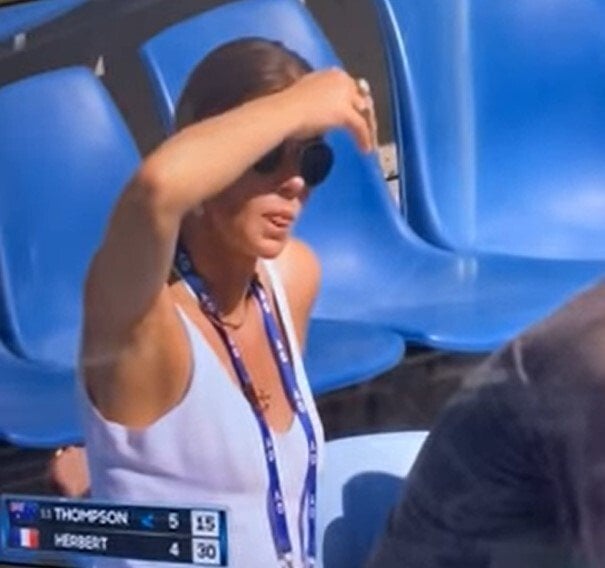