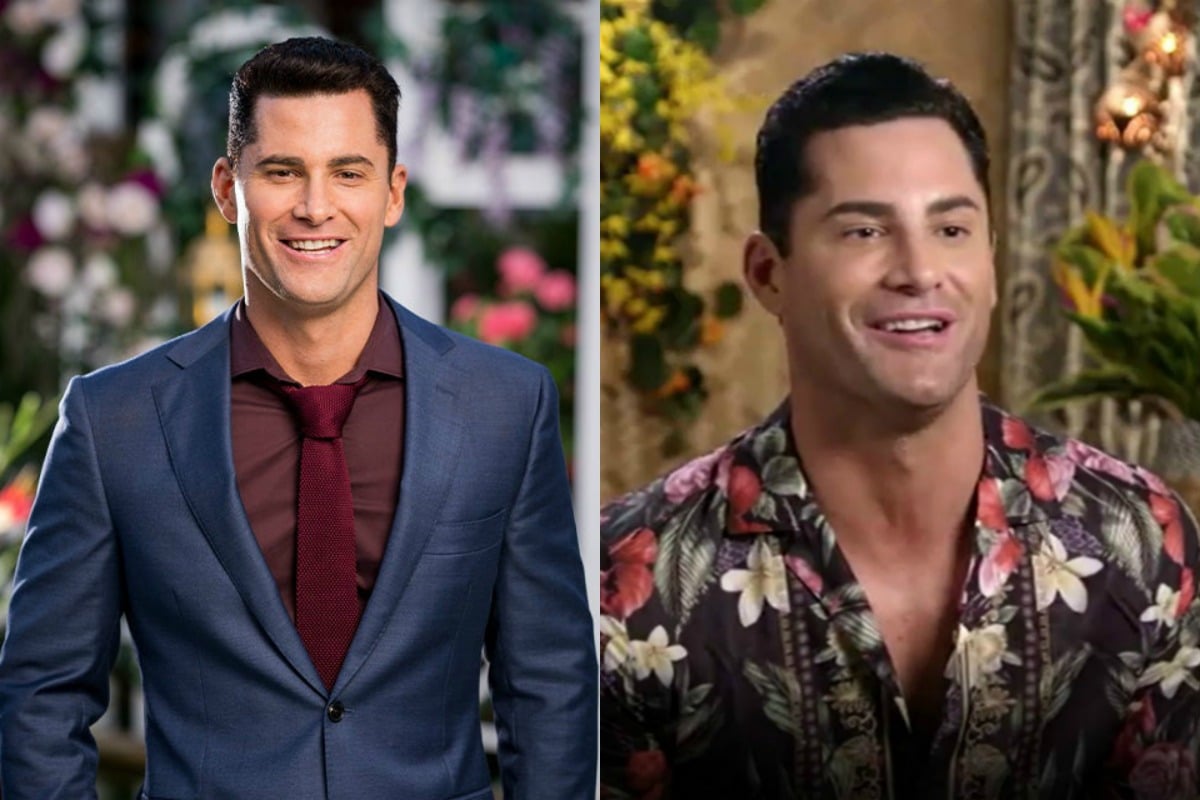 He was quickly labelled the "stage five clinger" on the last season of The Bachelorette. And now Jamie Doran is heading into paradise.

The controversial former firefighter will join a bunch of fellow Bachie contestants in Fiji when Bachelor in Paradise returns next week. And based on the show's promo videos, things should get pretty... interesting.

Watch the trailer for the upcoming season of Bachelor in Paradise. Post continues below.

Not only is Jamie shown promising his rose to five women (that's right, five of them) but he's already been romantically linked to one contestant in particular.

Ahead of the show's premiere, here's everything we know about Jamie Doran.

Jamie didn't exactly earn himself the best reputation on Angie Kent's season of The Bachelorette.

The reality TV star got himself into a number of confrontations with other contestants and spent a lot of time calling out Bachelorette winner Carlin Sterritt for being "ingenuine" (a completely made-up word that Jamie liked to use repeatedly).

He was eventually eliminated towards the end of the season. But not before asking Angie out for a future coffee date.

"No matter what happens tonight, like, I'd love to, like, catch up for a coffee or something, you know, like, one time in the future," he told Angie ahead of the rose ceremony. 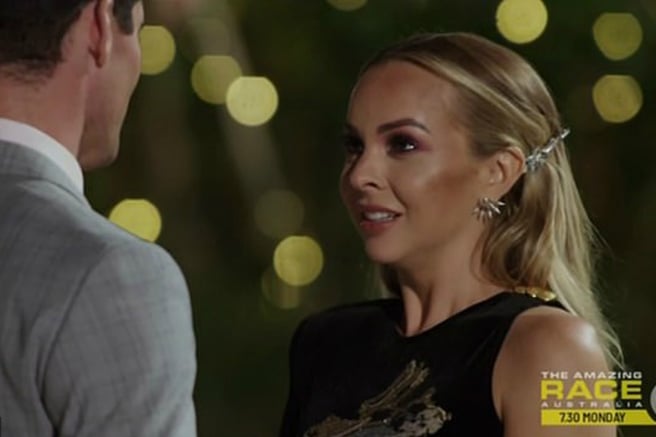 Jamie reads Angie a letter after being eliminated. Image: Channel 10.

Despite everything, Jamie told Mamamia last year that he had "no regrets" about his time on the show.

"I’m not going to deny I’m quite an intense guy and I’m competitive. I was in there for her [Angie]," he said.

"I will own everything I did on there, I was pretty intense and I rebutted the bro-code but I am proud of that."

He also told Mamamia that he had received an inbox full of death threats after appearing on the show.

"I've been getting death threats and people asking where I live so they can come and smash my face in. But hey, you put yourself out there when you go on these shows and you have to accept that."

Almost a year after appearing on The Bachelorette, Jamie is returning to our screens for a second chance at love.

And this time around, he's the one who gets to hand out a rose... or should we say roses.

In a promo video for Bachelorette in Paradise, Jamie is seen offering his rose to basically every woman on the show. ¯\_(ツ)_/¯

With his heart firmly placed on his tropical sleeve and the purest of intentions, Jamie is about to make waves as he enters Paradise. PLUS say "Bula" to FOUR new Bachelorettes heading to Paradise. Who did you spot? Starts soon on 10. #BachelorInParadiseAU

Jamie not only promises a rose to Abbie Chatfield and Brittney Weldon, but also Cassandra Mamone, Helena Sauzier and Mary Viturino.

"I think Jamie thinks he's the Bachelor," Timm Hanly says in the video. "He's promising these roses to all these girls."

Yep, that should be interesting.

In another video uploaded to the show's Instagram page, Jamie explains that he doesn't want to bring his "intensity" into paradise with him.

"The only thing I want to unpack from my previous season is probably my intensity... so let's take that out of the bag and unpack it," he says, gesturing to his suitcase.

Get to know Jamie & Glenn just that little bit better via what's in their suitcases! It's the last Packing For Paradise! See you Wednesday! FULL VID VIA LINK IN BIO! #BachelorInParadiseAU

A post shared by  Bachelor In Paradise Australia (@bachelorinparadiseau) on Jul 8, 2020 at 3:00pm PDT

Bachelor in Paradise hasn't even started yet but rumours are already going around that Jamie finds a romantic connection with Helena (one of the five women he promised his rose to).

In a recent trailer, Jamie is seen on a single date with Helena from Matt Agnew's season of The Bachelor. That said, he also appears interested in a mysterious brunette who later walks in.

"If I didn't already have butterflies in my stomach, they were flying out in all directions at this point," Jamie is heard saying.

A post shared by Bachelor In Paradise Australia (@bachelorinparadiseau) on Jul 6, 2020 at 2:00am PDT

The reality TV star also appeared in one of Helena's Instagram stories, which Jamie re-posted on his own account.

The pair are seen smiling together in the photo which was captioned: "You!!" 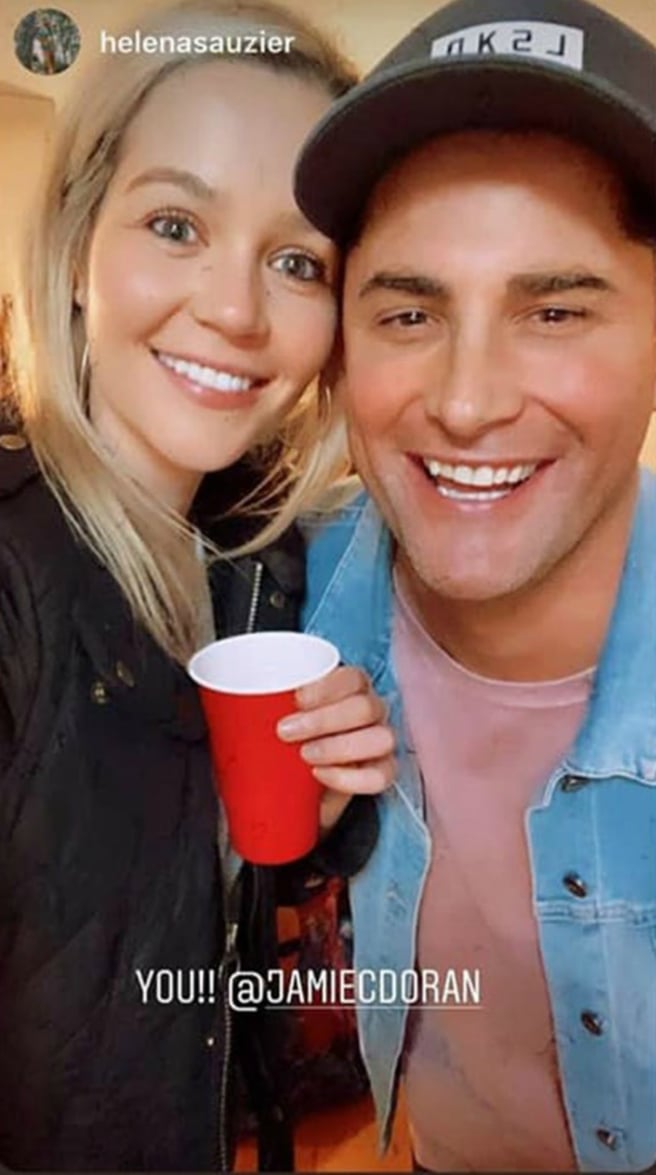 Nothing has been confirmed just yet, so it looks like we'll have to wait and see if the pair hit it off when Bachelor In Paradise airs on Wednesday, July 15 at 7.30pm on Channel 10.

Reply
Upvote
1 upvotes
"he had received an inbox full of death threats after appearing on the show.
"I've been getting death threats and people asking where I live so they can come and smash my face in. But hey, you put yourself out there when you go on these shows and you have to accept that.""
Huh?
M
mamamia-user-396626360 2 years ago