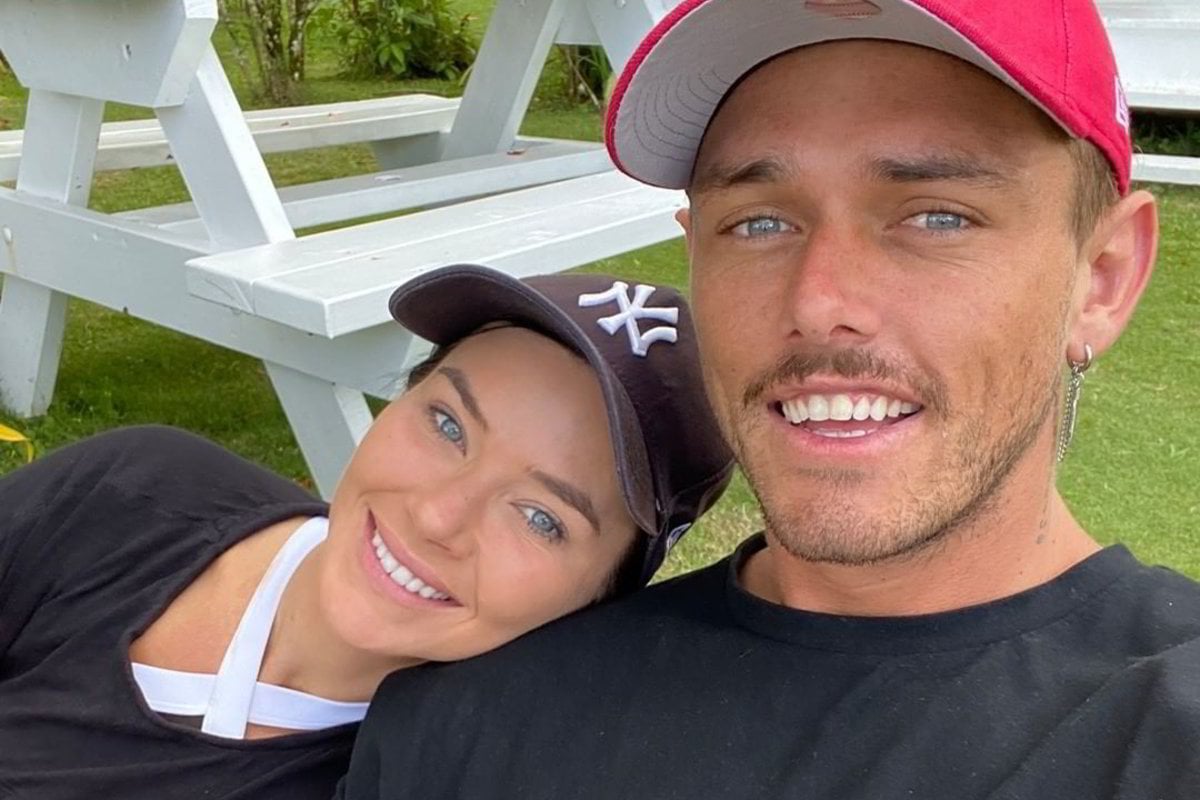 Brittany Hockley and Timm Hanly were like fire and water - complete opposites. But when they came together, yes, things turned... steamy.

From day one on Bachelor In Paradise, Britany and Timm were one of the strongest couples to walk the sandy, sunset shores. So, it came as a surpsise on Monday night when Timm asked Brittany to leave paradise with him. According to him, Fiji was causing him more anguish than joy, and it was time to pack his suitcase. 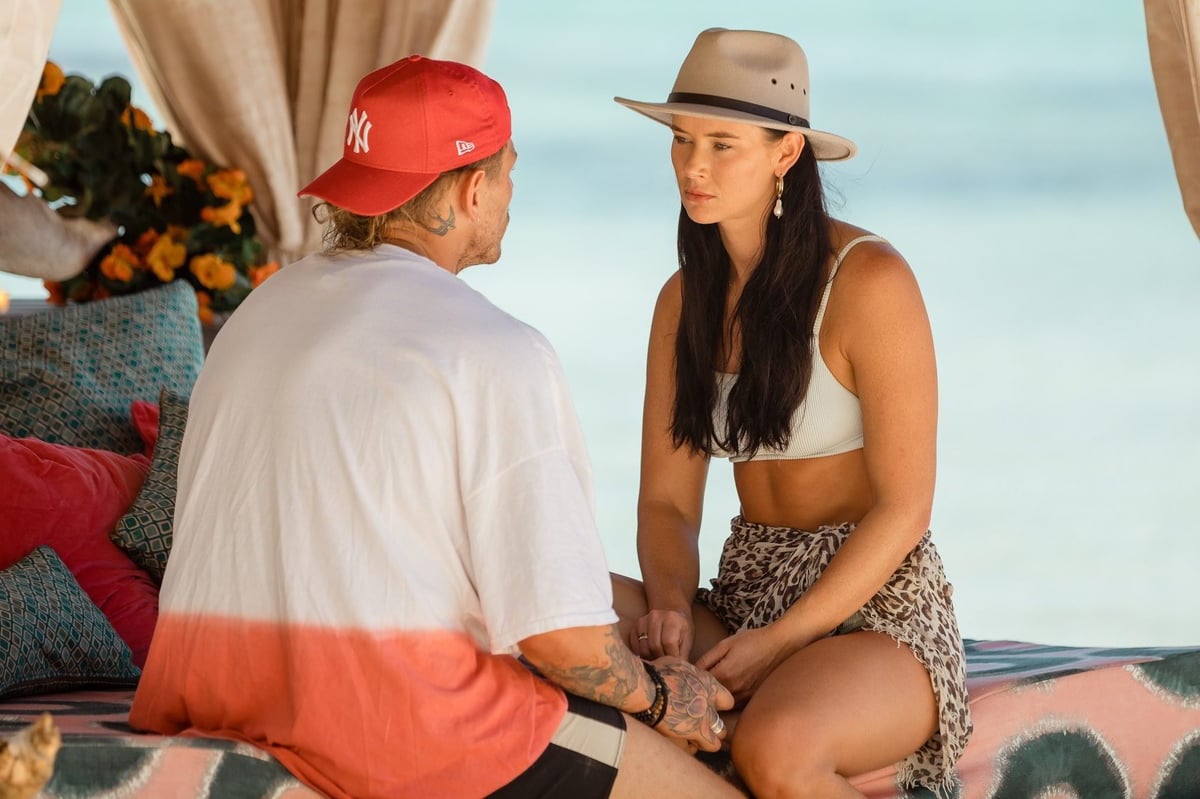 "The environment was just so toxic for Timm," Brittany, 32, tells Mamamia. Of course, Brittany is referring to Timm's tendency to curate drama and plop himself in the middle of arguments.

"I left really thinking that we were going to try something and I believed what he was saying to me because from the beginning I was his 'ride or die' - that's what he kept saying. He said he felt really lucky, and he really wanted to go and explore the world with me."

Upon returning to Australia, last November, their relationship plummeted.

"It went downhill rapidly. It was a real disaster," Brittany laughs.

"He was just a different person."

Watch: The love lessons we learned with Bachelor In Paradise. Post continues below.

Brittany remembers the conversation that ended their relationship clearly.

"I was really upset. He had me in tears and I just said 'I can't be here, if you're going to be like this. This is not going to work.'

"It was just too hard for him, that's what he kept saying. So that was it. I literally drove away and we never spoke again. It was such a strange thing."

Speaking on her Life Uncut podcast, Brittany says she was "beside" herself at the time.

"I was in tears and I thought how could I have waited eight years to find someone to finally open up to and love and be with and be vulnerable with and this is who it is... I have not waited this long to be walked all over."

She was also confused about why Timm asked her to leave Paradise with him.

"I was like 'why did you ask me five days ago to leave Paradise with you because all you want to do is be with me?'... I just felt like none of it was real like it was just a big trick," she says on the podcast.

It's been nine months since filming for Bachelor In Paradise ended. For Brittany, watching her old relationship play out on screen was harder than she had anticipated.

"It really took me by surprise at how hard it was to watch. I wasn't expecting that at all."

Brittany adds that seeing their individual piece-to-cameras, in which they both gushed about their feelings for each other, was particularly painful, "especially knowing he is back with his ex and knowing he's moved on".

"I'm happy for him, but it doesn't mean it was easy to watch."

Listen to Mamamia's daily entertainment podcast, The Spill, where hosts Laura Brodnik and Kee Reece discuss the drama that has unfolded on Bachelor In Paradise. Post continues below.

Throughout paradise, Brittany was a beacon of calmness amid the chaos that was often created by Timm himself.

"I did have conversations with Timm about it and I told him his behaviour was unacceptable," she explains. "He knew how disappointed I was in that, and that's what also made him leave. A couple of the castmates and some of the public have said, 'How can you be with someone like that?' It's not my job to pull an adult man - that I've known for a few weeks - into line. He can look after himself.

"I'm just never going to be the person that's going to reprimand someone and embarrass them and put them down in front of people in public. I was always going to have those conversations with Timm in private."

Now, Brittany sighs with relief knowing she can move on with her life.

"I naively went in thinking it was a love show, but it's not. It's a drama, and then maybe love comes out at the end," she explains.

So has Brittany found love since?

"I've tried. I've dated outside the box - Timm is as far outside of the box as you can possibly get. So I don't know. I just haven't met my penguin yet."