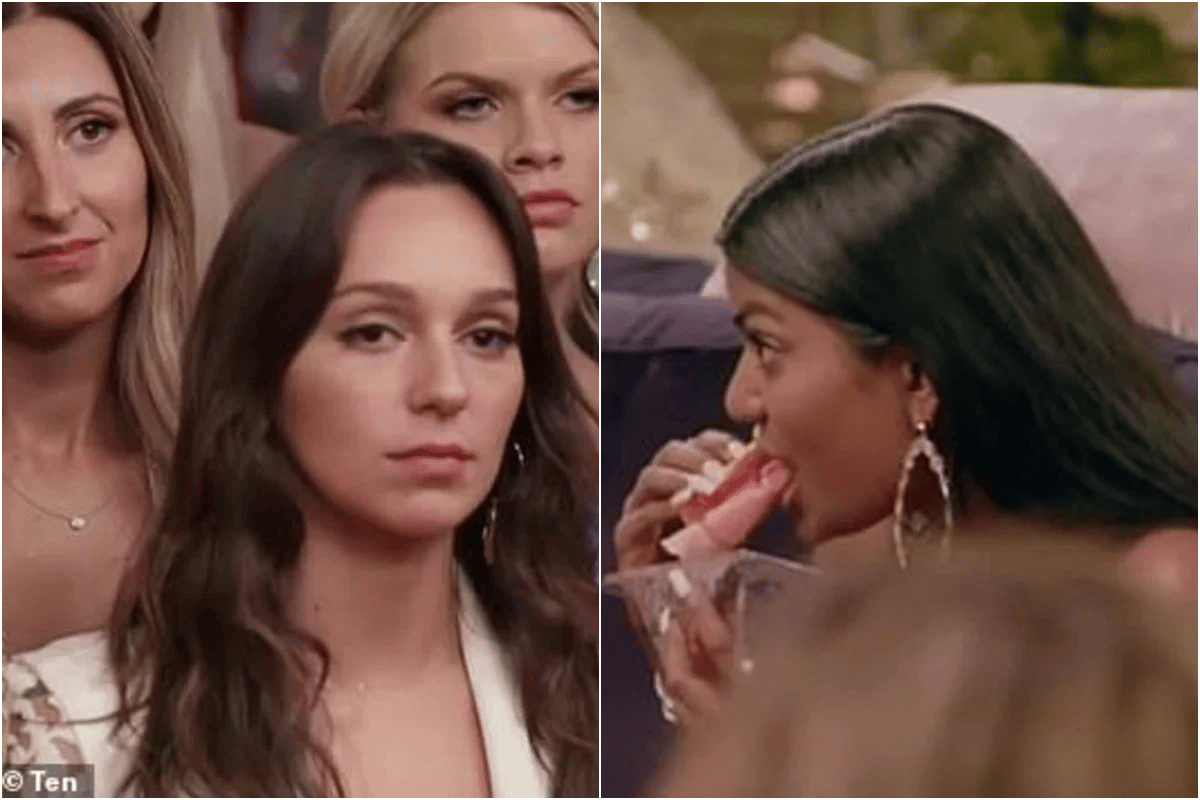 With another season of The Bachelor comes new gossip about what really happens behind the scenes. And we are all ears.

Current contestants, ex-contestants and ex-producers spill the beans about whether the reality TV show is as glitzy as it appears on television. Spoiler: It's not.

From secret hiding places to make out during cocktail parties to the women's sleeping arrangements, here's what really happens behind the scenes on The Bachelor.

Remember this sneaky shot of Areeba eating a sandwich moments before Zoe-Clare confronted her? 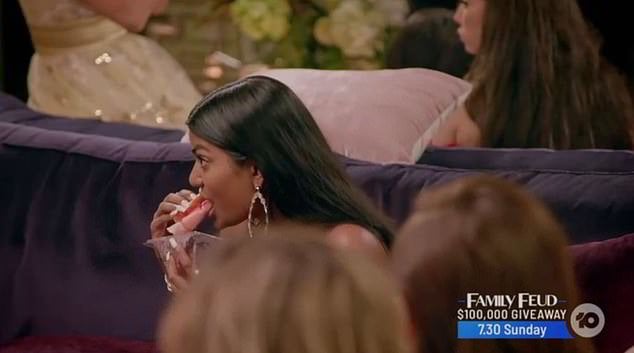 Apparently, that's as good as it gets for the Bachelor girls.

"The food options aren't very exciting – there are no banquets or lavish catering, not unless it's part of a date," an on-set source told Woman's Day.

"They can't have girls chowing down during filming, so if you miss the designated food breaks it's too bad... which means the girls often go very hungry... and get very irritable."

It's all a part of the UnREAL-esque mind games...

They turn up the heat. Literally.

Speaking of mind games, we should talk about the rose ceremonies.

It looks like the added drama isn't from rising tensions, but rising temperatures.

"Nobody realises how hot it is on set and how small the space is. All the candles make it feel like you're inside an oven," a source said.

Many girls were becoming very light-headed and dizzy, which led to one girl literally fainting!

"You're wearing caked-on makeup, tight dresses and you haven't eaten – it's horrible!" 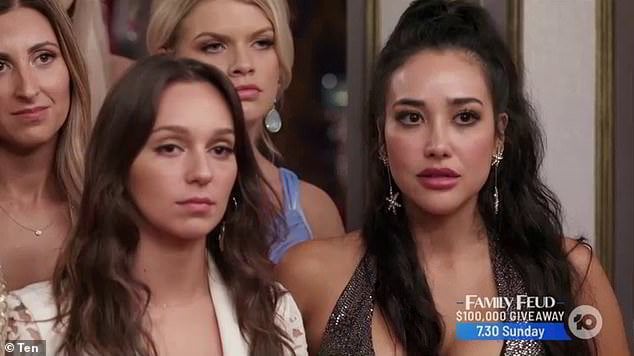 We can feel the heat. Image: Ten

So, this actually makes some sense.

According to an on-set source, the girls are not allowed to talk to Locky when there isn't a camera rolling.

"The girls are instructed not to talk to Locky when there are no cameras rolling – it causes continuity issues if conversations are had without them being recorded," they said.

They also added that it was put in place as to not "overwhelm" Locky, claiming he needed "a lot of downtime."

This particular rule obviously got lost amongst 'love in lockdown', and we've seen the effects firsthand - hello, Bella and Irena.

Last year's The Bachelorette winner Carlin Sterritt, who has since parted ways with Angie Kent, recently shared there were a few places in the Bachie mansion that were hidden from the cameras.

"[There's] the orchard, the secret place you can go to for chats and stuff... [Angie and I macked on] at so many cocktail parties," he said on Instagram. "But obviously they didn't show it."

And he suggested Locky Gilbert would be doing the same.

"If you're wondering, girls, yes, Locky is macking on with many girls at the cocktail parties. It's happening. 100 per cent," he added. 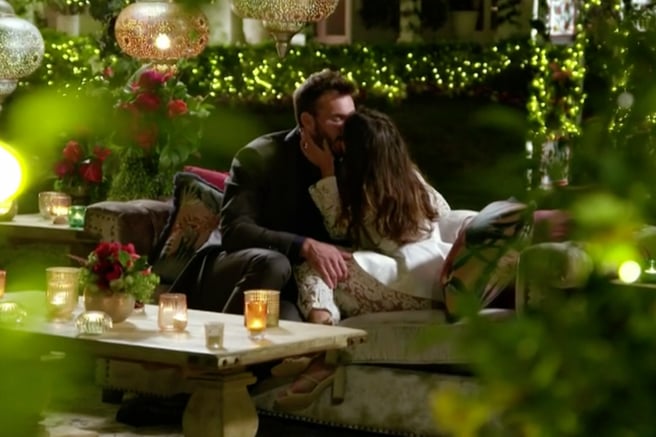 The truth about earpieces.

Following her exit in the first episode of this season, Nadine Kodsi claimed that Locky was a production "puppet" and her entrance was cut from the episode because she called Locky out for using an earpiece.

"He's a puppet," Nadine told the So Dramatic! podcast.

"They made me run through that [my intro] twice because they were talking through his ear at one point and it was extremely distracting. And I actually said to him, 'Can you not speak for yourself?'"

Nadine further explained she overheard producers feeding Locky lines about exactly how to compliment her.

"'Tell her she's beautiful. You're the most beautiful women I've seen. Ask her what does she do and how does she feel.' And he was listening like the puppet that he is, repeating," she shared.

"They [producers] try to never talk to you unless it's critical because they don't want to have any impeding effect on it being free flowing," he said on his podcast The Babble.

Matty J added the purpose of the earpiece was so production could communicate with the Bachelor in case there were any camera or sound issues.

This season, 26-year-old dancer Nicole Campbell won the triple threat date. And, on the third date, she got to go inside the Bach pad.

If you haven't seen the episode: it's bloody huge for only one person. 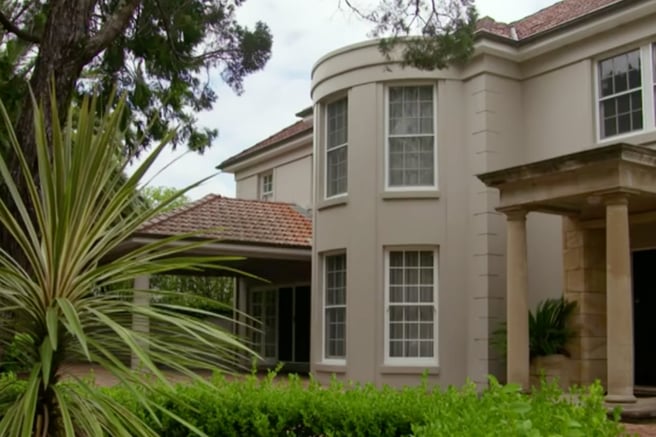 The girls, on the other hand, while living in a massive Bach mansion actually sleep in... bunk beds.

"Our mansion was three quite big rooms and all the girls were in bunk beds in the rooms," Brittany Hockley shared on her and Laura Byrne's podcast, Life Uncut.

"In my room, it was actually 14 girls all in bunk beds and obviously that dwindled down," she added.

"It was like being on school camp which was probably one of the funnest and one of the most difficult parts of the whole thing as well."

It's not all ice creams and gossip in the Bachie mansion. An anonymous contestant opened up about the long days the women have to endure, when chatting to Now To Love.

"You're expected to wake up whenever producers tell you to," they said.

"You barely get a chance to rest because you're going to bed at 1am and being woken at sunrise."

According to the source, the girls are stuck between getting early light for romantic single or group dates, or the dark for cocktail parties and rose ceremonies.

You know how every season the girls are on the lawn lifting weights? Well, that's because their gym... isn't really a gym. 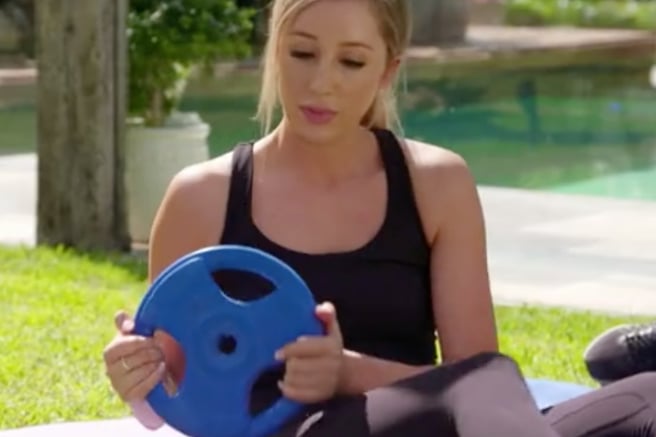 "Also, what was your gym like? Was it as sh*t as ours?" Laura asked Britt.

And Brittany responded, "Yes, so a funny story.

"Our gym was the alpaca shed that they had just ripped out the hay and put some equipment in there. So it was quite small. It had what you needed but 'gym' is a stretch of a term."

On Laura's season, their gym was actually garage with one treadmill and a few dumbbells.

It's not as dramatic as it seems.

While the episodes seem really drama-filled, they're actually not.

Last season's intruder Jessica Brody, who also appeared on this year's Bachelor in Paradise, revealed that one episode is filmed across multiple days, so drama happens occasionally, not every bloody minute.

"Obviously there’s hours and hours and hours that we’re being filmed over multiple days and it gets all montaged into an hour episode so you don’t see the ins and outs of everything, and it doesn’t seem quite as intense when it’s spread out over a few days compared to all crammed into one episode," she told Mamamia last year.

The same goes for the rose ceremonies.

"We actually filmed that over two nights. If you look closely, about halfway through the cocktail party they’re looking a bit blurry-eyed, and then when it comes to the rose ceremony they’re fresh as a daisy," an ex-producer told Fox FM’s Fifi, Fev and Byron.

The contestants are offered a lot of alcohol.

If you've noticed throughout the season that girls seem a little tipsy during the cocktail parties, that's because they definitely probably are.

Penny Palman, who appeared on Tim Robards' season of The Bachelor, said that even prior to the cocktail party, the crew is feeding them drinks.

"You’re all together getting ready – getting your hair and makeup done and what not… and you are already getting offered drinks to take the edge off," she previously told Mamamia.

"I knew what they were doing from the start, so I was saying I want sparkling mineral water in my glass so it looked like champagne. But a lot of the girls needed it too. Because there is literally hundreds of people looking at you behind the scenes. So you are going to take a drink for dutch courage. But after that, it goes beyond, and things get you a little loose," she said.