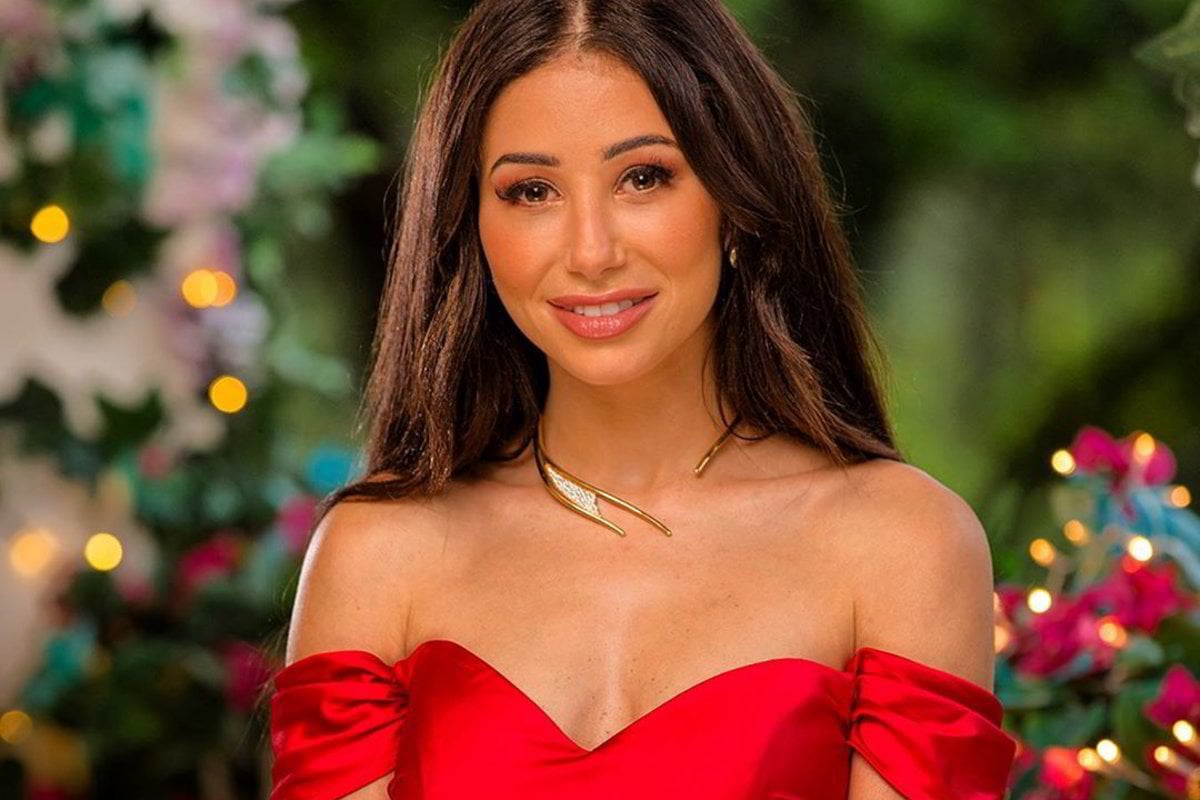 1. "He's a puppet." Former Bachelor contestant Nadine on what Locky was really like on the show.

After leaving the Bachelor mansion last week, former contestant Nadine has shared what Locky was really like behind the scenes on the show. And it's not all sunshine and roses.

Speaking to the So Dramatic podcast, the 30-year-old claimed that this year's season was rigged and Locky was being fed lines by producers via an earpiece.

"He’s a puppet, and I saw that from the first five minutes," Nadine claimed.

When meeting Locky for the first time, Nadine said she could hear what producers were telling him to do, including feeding him lines such as, "Tell her she’s beautiful, ask her what does she do, how does she feel".

She even called Locky out on it.

"I actually said to him, 'Can you not speak for yourself? Do you have to listen to what they’re saying to you?'"

Locky then apparently said he didn’t know what she was talking about, which led the producers to make Nadine redo her scene.

"They were like, 'Nadine, you can’t talk about production, do it again!'" she said. "It’s literally all rehearsed."

"I’m a criminologist by trade, yeah, so what will take girls a month or whatever to realise what these people are up to, it took me five minutes," she said. "[The producers] hated it, they hated that I could see it, I could read it."

In the podcast, Nadine claimed that she was threatened with a lawsuit if she left the show and was told to wait until the rose ceremony to be eliminated from the show.

The Bachelor continues on Wednesday at 7.30pm on Channel 10.

Listen to The Spill, Mamamia's daily entertainment podcast. In this episode, Kee Reece and Laura Brodnik unpack Miley Cyrus' interview with the 'Call Her Daddy' podcast. Post continues below.

2. Bachelor in Paradise's Ciarran and Matt are meeting up for a *checks notes* charity boxing match.

Over the weekend, Ciarran Stott surprised precisely everyone when he announced he would go toe-to-toe with fellow Bachelor in Paradise contestant Matt Whyatt in a charity boxing match.

The 25-year-old shared the news on Instagram on Sunday, alongside a promotional photo of him and Matt ready to take part in 'The Battle of the Bachelors'.

"It’s nothing personal. It’s me or you. And it’s definitely not going to be me. Not in front of all these people," he captioned the post.

"Let’s make the best out of a bad situation. Thank you to [Team Ellis Boxing] for giving us this opportunity to raise money and settle our differences."

He then threw a cheeky jab at Matt saying, "a good edit won’t save you here, lad".

Matt also shared the post over on his Instagram, saying, "Things got heated on TV now it’s time to sort it, trust me I'm not shy of taking a hit so I hope you’re ready!"

A date for the match is yet to be confirmed.

When Locky Gilbert was spotted in the background of ex-MAFS contestant, Aleks Markovic's Instagram Stories at the height of Perth's lockdown, The Bachelor contestants that were isolated from their shared-boyfriend were not... happy.

According to a Woman's Day source, Locky was struggling at the time to maintain his connections with the contestants when he was unable to spend time with them in person, leading to rumours that he and Aleks were seeing each other.

"Perth is [just] very small," Aleks told radio hosts, Kyle and Jackie O when the news came out. "Everyone knows every Tom, Dick and Harry."

Aleks explained the pair chatted "because [they] have the reality TV thing in common, about producers and what they do – just as friends."

"He's a lovely boy, but I think he’s gonna find his soulmate on the show, from what he’s said," she added.

Whether it's Irena or Bella though, we cannot confirm.

It turns out the producers really don't like when the judges correctly guess the star on The Masked Singer, and that seems counterintuitive, but okay.

"They really don’t want us to guess," Jackie O told news.com.au after she named Echidna as Mark Philippoussis last week.

"Producers are so terrified of us guessing, so they do make it hard for us.

"I did get a call the next day saying, 'Tell me honestly, did you somehow know he was on the show?'"

The Masked Singer goes to extreme lengths to conceal the identities of performers like keeping audience's phones in locked pouches for the duration of filming and keeping things quiet backstage so judge's don't overhear contestants.

It looks like this guess was just pure skill.

5. We're calling it: The Masked Singer's Dragonfly is 100% Sophie Monk.

Remember when Dave Hughes proffered his theory that Taylor Swift had flown to Australia amidst the height of a pandemic to perform as a giant dragonfly in front of him?

Oh, yes. That was only last week.

The Masked Singer has returned to Australia's screens, giving us a new class of anonymous celebrities who dress in bizarre costumes and sing to a panel of "judges" who are yet to provide any actual assessment on the contestants'... singing ability.

It's a bonkers (read: brilliant) format and, yes, hundreds of thousands of Australians will now clear their schedule every Monday and Tuesday night to guess what celebrity is behind what mask.

And please, Dave Hughes, the Dragonfly is obviously Sophie Monk. 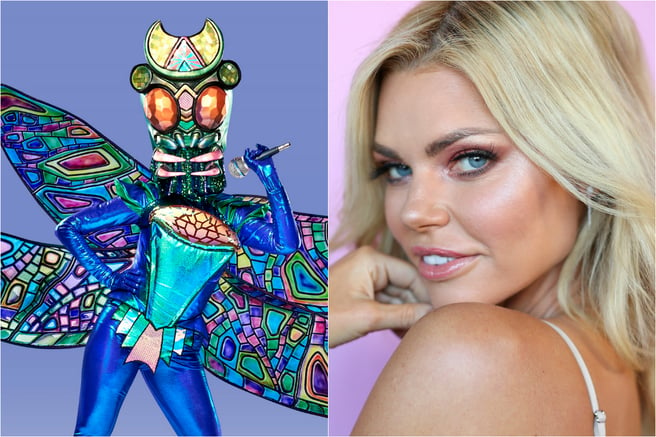 The evidence is aplenty, and the voice is as distinctive as it is stunning.

Here are the Dragonfly clues, and why they fit perfectly with entertainment personality Sophie Monk.

Dragonfly clue: "I may be classically trained, but I’m famous for some other moves."

Evidence: Sophie Monk was trained in classical opera before she became famous.

Dragonfly clue: "It can be hard to have my voice heard above the crowd. But I've always found a way."

Evidence: This could be alluding to the origins of Monk's fame, Bardot, in which she was one of five women of the girl group.

For more evidence Sophie Monk is 100% the Dragonfly, read our earlier article here.