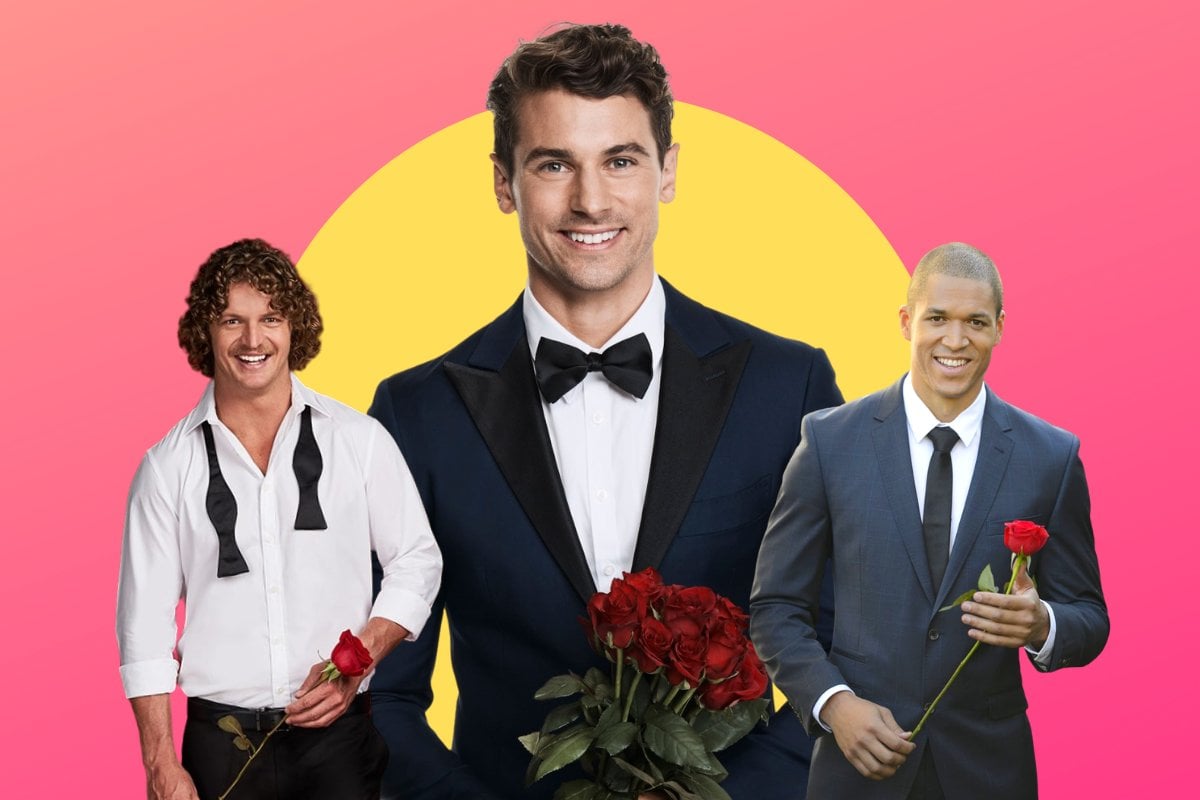 Since 2013, Australians have spent our winters huddled around our televisions, watching various good-looking men hand out roses to good-looking women and become best pals with Osher.

Sometimes we cried, and sometimes we yelled about how choosing leading men with nicknames related to small weasel-like mammals was maybe not a good idea. But most of the time we've enjoyed ourselves, until recently.

Recently, watching The Bachelor has become a bit like your parents forcing you to hug all your relatives at Christmas, even that aunt that smells a bit weird. It's a tradition we've... outgrown.

With The Bachelor on its last legs - probably, because... no seriously have you seen the ratings? - I have decided to give that smelly aunt one last hug. Or something. I'm really second-guessing that analogy now.

The point is: I've ranked all nine seasons of The Bachelor Australia from snore-fest to *chef's kiss*, because at least we'll always have the mems:

I'm sorry. Jimmy was nice. Everyone on the show should've, in theory, made this an enjoyable season. 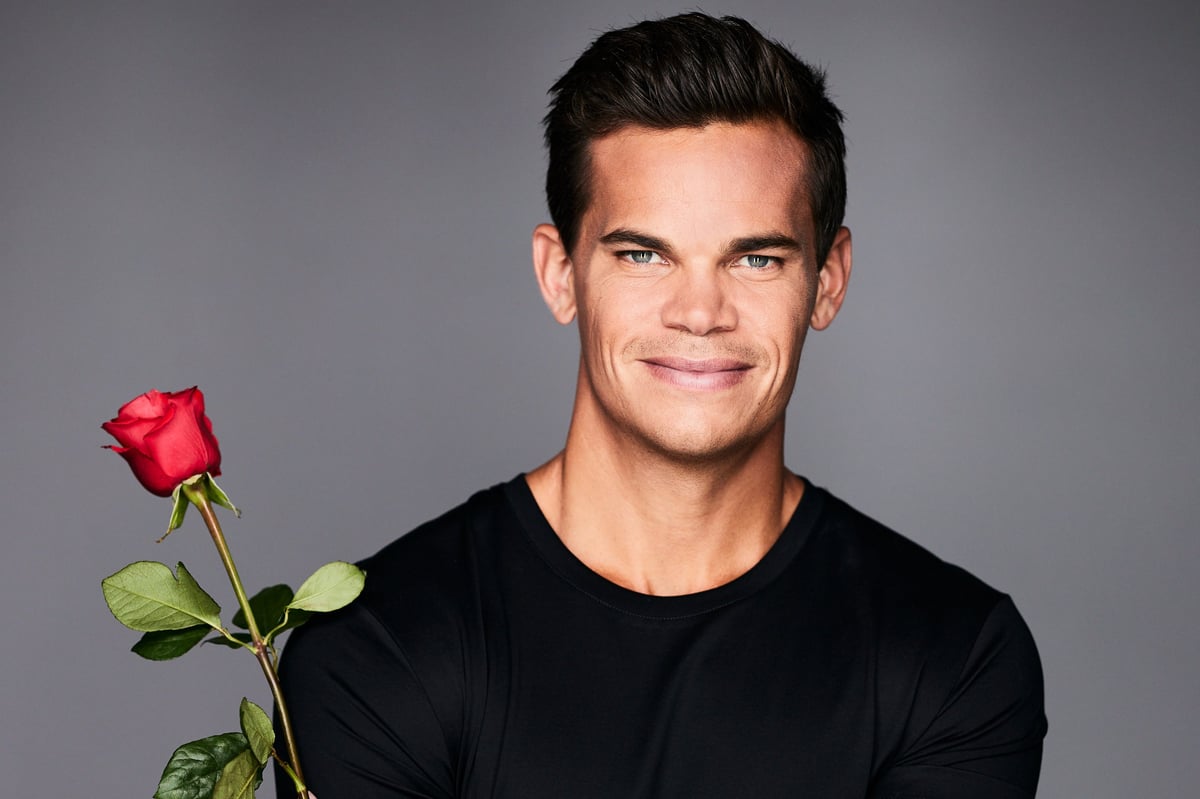 Sorry to this man. Image: Channel 10.

What else can I say? We've evolved. We've outgrown The Bachelor in its current form, no matter how many good-looking, privileged pilots Channel 10 has up its sleeve.

Not even the recycling of season seven's incredible dog c*** drama could get us interested in Jimmy's quest for love, and honestly, if an Australian audience doesn't respond to those words with interest... well, that's the most damning rejection I can think of.

Locky was a man we already knew from Survivor Australia and we could not believe Channel 10 were giving another 'celeb' Bach a go... given what happened... last time...

But honestly, that turned out to be the least of their problems.

The season was plagued by rumours, spoilers and contestants going rogue on Instagram. The element of mystery was gone, and we were simply not invested enough in the format anymore to enjoy it without that.

Plus, not even darling Osher can make Zoom seem romantic.

I mean, Locky and Irena are still together, probably still camping, so that's nice. But like... Zzzzz. Sorry.

How wild is it we went from Tim Robards to Blake Garvey?

The only thing anyone actually remembers from Blake's season is Laurina and her dirty street pie, because the absolute carnage of the weeks following the finale have well and truly overshadowed all other memories. 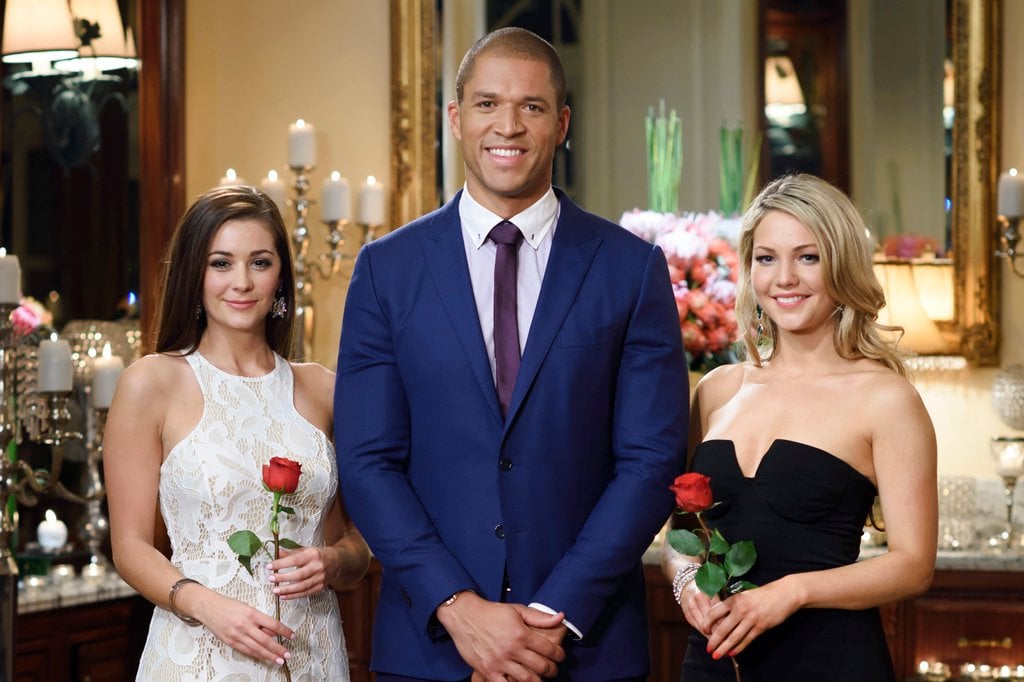 At the end of his season, Blake chose Sam Frost. But then he dumped her and ran off with his second runner-up Louise Pillidge.

Blake and Louise lived happily ever after in private, hiding from the boos of the entire nation, for several years before announcing their breakup through a two-page spread and glossy photoshoot for a gossip magazine.

IT WAS SO WEIRD.

We vowed never to speak of the whole debacle again, but unfortunately for us and also Blake, every subsequent Bach season led to rumours about someone 'pulling a Blake Garvey'. In that, his legacy lives on.

Sam was the perfect Bachelor. Respectful, kind, handsome and crucially, actually ready to settle down.

The season's only downfall was that it was predictable from the get go. Channel 10 could've just saved a bunch of $$ and let him choose Snezana at the beginning.

But hey, the season resulted in something bloody great: Snez and Sam are still going strong in their beautiful blended family, with Snez's daughter Eve and their two daughters, Willow and Charlie. Bless.

It's a wholesome ride, and we appreciate it. I need it stated that Sam would be much higher if this was a list of the best Bachies only.

But we enjoy a little chaos in our Bachelor seasons.

Richie said "cool bananas" unironically, but his season also blessed us with the multiple-seasons-worth-of-drama that was Keira Maguire, so the tradeoff was worth it.

Season four provided so many moments that have gone down in Bachelor Australia history: the "peasant" sledge. Megan Marx and Tiffany Scanlon's post-show relationship. THE CHOCOLATE BATH.

Producers really pulled the wool over our eyes too, quickly introducing us to the season's 'stage five clinger' Alex Nation, and Nikki Gogan, shown as an actual angel from heaven who we all just wanted the best for.

Of course, Richie chose Alex at the end, leaving Nikki (AND THE REST OF AUSTRALIA) heartbroken.

It was a twist we didn't see coming, but looking back... I kinda dug the drama of it all.

In 2018, Nick Cummins, a.k.a the Honey Badger, provided us with the most chaotic reality television we had seen at that point in time. We kind of hated it. A BACHELOR WHO DID NOT CHOOSE ANYONE AT THE FINALE? It was sacrilege.

But, looking at it now... I think we were too hard on ol' HB. Yes, he said things like "busier than a one-armed brick-layer in Baghdad with an itch", but if we look past that, there are many positives.

Literally us the whole way through this season.

Reality TV well and truly jumped the shark after this. Badge not picking anyone seems like a normal, kinda admirable decision in a reality TV realm that now sees fruit bowls thrown at heads and long-haired adult men fighting over what women belong to them at 'Bula Banquets'.

This season truly captured the cultural zeitgeist in a way that The Bachelor hasn't been able to do in years.

It also gave us some major characters to rally for (or against - heartfelt apologies to Romy, Kat and Alisha.) Remember Vanessa Sunshine? Dasha from Rasha? THAT GIRL WHO JUMPED IN THE POOL IN HER RED CARPET DRESS?

We watched in awe and in horror at every second of it.

We (and Nick, and Britt, and Sophie, I guess) didn't get the fairytale ending we wanted, but can we admit the journey was pretty bloody entertaining, regardless?

Matt was our intelligent, pure, buffed-up-for-the-purpose-of-the-show Bachie. Most importantly, he was not the Honey Badger. He was the anthesis of poor Nick, with well-groomed hair, glasses and the ability to speak in sentences we always understood.

That's really all we wanted, because in 2019, we thought the Honey Badge was a blip in an otherwise solid format. WE STILL BELIEVED IN THE BACHELOR AND ITS LOVE AND HB HAD DISRESPECTED IT. This was, after all, a much simpler time.

Matt's season brought us so many iconic moments:

There was the dog c*** drama, the introduction of narration queen Mary, Rachael's Plan B, Helena's hometown 'I can'ts', and absolutely everything Abbie Chatfield, an icon, did.

Also, Matt kindly provided us with this reaction meme which has remained relevant to every episode of The Bachelor since his finale: 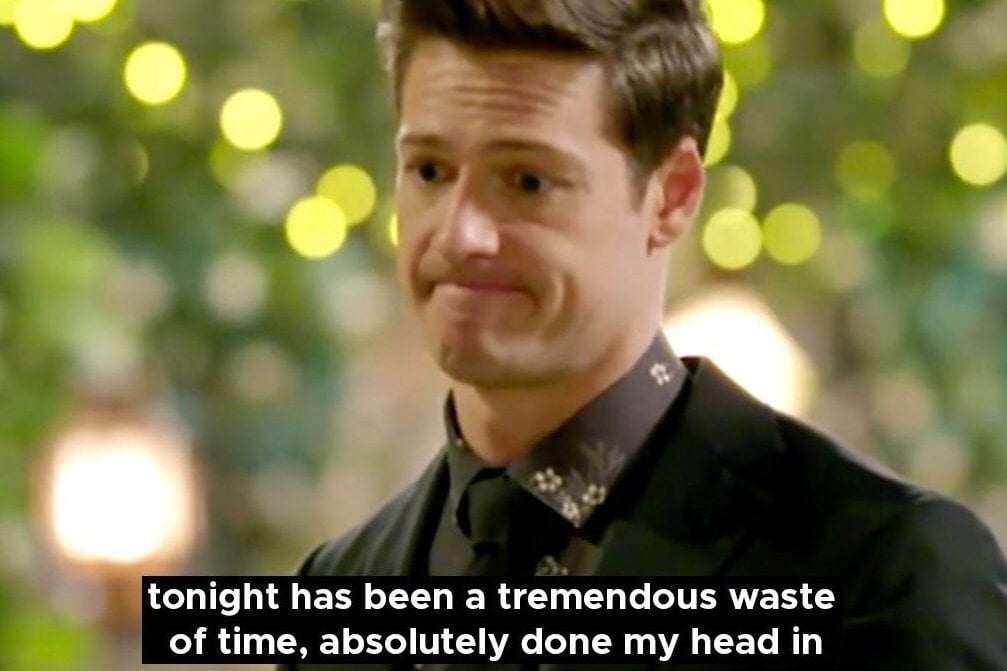 Matt's season was also the time we fully cottoned on to the level of editing and manipulation that can be done with music and camera work, and never was it more obvious in the different treatment of 'wifey' Chelsie and 'villain' Abbie. And tbh, this is probably part of the reason Bach was never good again. The shine was gone.

We didn't get any great long-lasting love story, but this season still stacks up. And in 2019, we were just so bloody grateful he even chose someone.

Australia's first foray into watching one man date multiple women for our entertainment was a wonderful mixture of wholesomeness and minor dramas, lead by the wonderful Tim Robards. He ticked every box: kind, smart, respectful and... hot, giving the show the high stakes buy-in it needed in its first season.

Like, come on. We all had a crush on Tim.

While we know now that he and Anna were bloody perfect for each other, the season had a real mystery vibe to it as we wondered whether Tim would choose her or runner-up Rochelle.

Anna and Tim had a dreamy Italian wedding in 2018 and welcomed their daughter Elle in late 2020. Their relationship is a strong reminder that, no matter how badly MAFS tries to convince us otherwise, reality TV love can be a thing.

Season one got us hooked on the Bachelor concept, and for that we owe Tim and Anna so much.

Nothing, and I repeat, NOTHING, brought Australia together like our hope that recently heartbroken Matty J would find love as our fifth Bachie (except perhaps our collective outrage at Mr Badger).

We had cried buckets when he broke down at the end of Georgia Love's Bachelorette season, and we were rooting for Matty like he was the world's greatest underdog. I mean, hindsight tells us this good-looking, charismatic man who isn't afraid of his feelings would've been ABSOLUTELY FINE, but that's not the mind frame we were in way back in 2017.

Matty J's season was one of the less dramatic ones, but it introduced us to a new Bachie MO: the trio of 'mean girls', a production and editing choice that served the franchise well (but the women terribly) for a number of seasons after this.

We were also introduced to Australia Bach Nation legends like Tara, that sausage, and Dutch queen Flo.

And obviously, one of the highlights is the love that came from it. Because during this golden era, love was the primary focus of The Bachelor. Remember that?

Absolutely everyone knew Matty was going to pick Laura Byrne, but the lack of surprise was overshadowed by the pure wholesomeness of it all. The pair are engaged and share two bloody adorable children: Marlie-Mae and Lola.

Reply
Upvote
An older bachelor and bachelorette please!! What about us 40’s ladies who already have our lives sorted, but would like to find love again? I’ll pop my hand up! :)

Reply
Upvote
1 upvotes
I haven't watched all of the seasons - I haven't even finished the seasons I did get into, because the heartbreak at the end was just so painful, except in Matt Agnew's season where I was just so happy that he "got it right". Unfortunately, that was also the season that killed the franchise for me: not because it "revealed the editing" but because of how the Bachelor made a choice based on other people's desires rather than his own - clearly he really wanted Abbie but was afraid of being labelled shallow, so he's chosen Chelsea. In the finale, he gives her the ring, "in memory of what they'd shared" rather than as a promise of what was ahead of them: he was always going to leave her hanging out to dry. For me, that makes him worse than the Honey Badger. Matty J and Sam Wood are my top 2 - guys who were definitely looking for love and found it in their seasons. The "drama" was NOT why I followed the show.
News
General
Opinion
True Crime
Politics
Sport
Explainer
Entertainment
Celebrity
Reality TV
Movies
TV
Books
Rogue
Royal
Lifestyle
Beauty
Fashion
Weddings
Home
Wellness
Health
Fitness
Travel
Food
Parents
Before The Bump
Pregnancy
Baby
Kids
Teens
School
Parent Opinion
Work & Money
Money
Finance
Career
Lady Startup
Relationships
Sex
Dating
Separation
Friendship
Family
Real Life
Couples