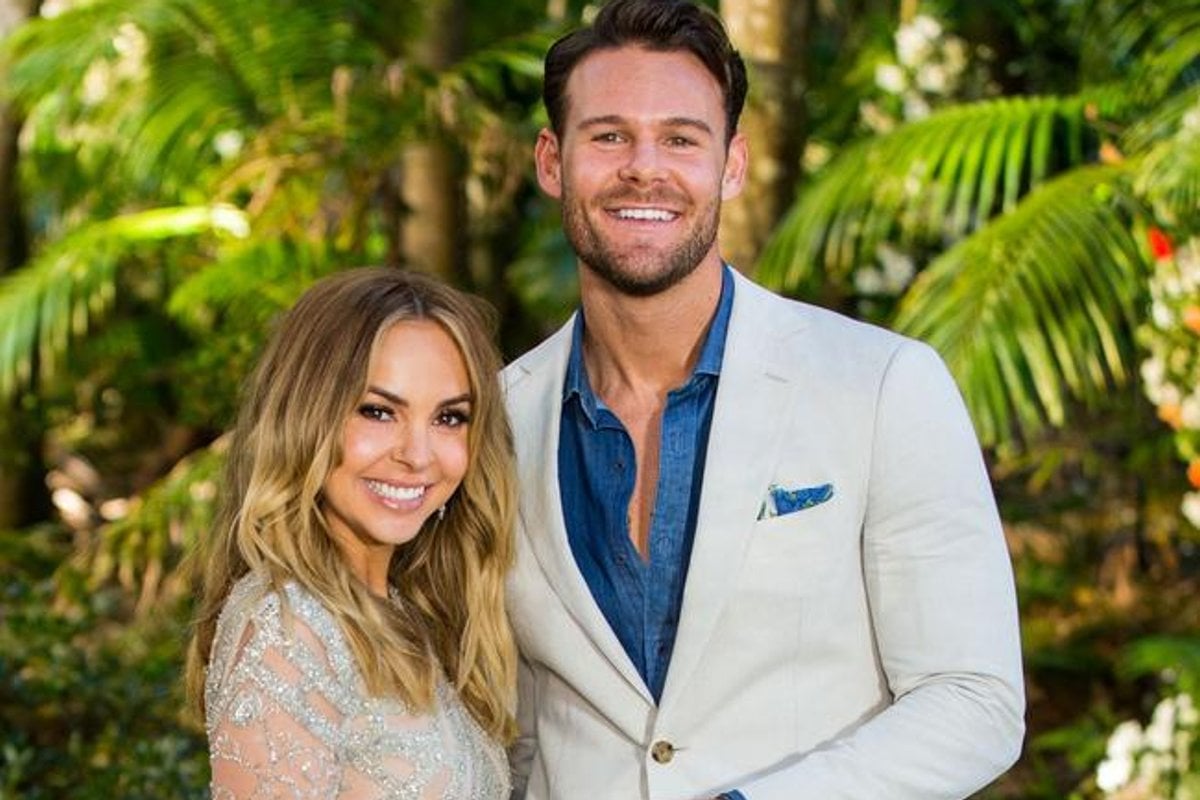 Her season of The Bachelorette introduced us to quite the array of contestants, including now-former Noosa councillor Jess Glasgow, Stage Five Clinger Jamie Doran, and Brit from Darwin, Ciarran Stott.

But in the end, it came down to two men: sweet larrikin Timm Hanly and genetically blessed personal trainer Carlin Sterritt. (The three-legged mutt and the cavoodle, as Angie described them).

And Angie chose the cavoodle, Carlin.

After the finale aired in November 2019, Angie and Carlin publicly began their relationship, which unfortunately ended seven months later, with speculation of a breakup first starting in early June 2020 when the pair unfollowed each other on Instagram.

"It is true, Angie and I have gone our separate ways," Carlin confirmed in an Instagram video in July 2020.

"Everyone is battling something that you may never understand or see."

While Angie shared her own statement: "Matters of the heart are extremely difficult and I'm sad to say that Carlin and I have broken up."

"I appreciate everyone's concern and the investment that many of you made into the show and our story, but this is real life and we both need privacy and time to heal." 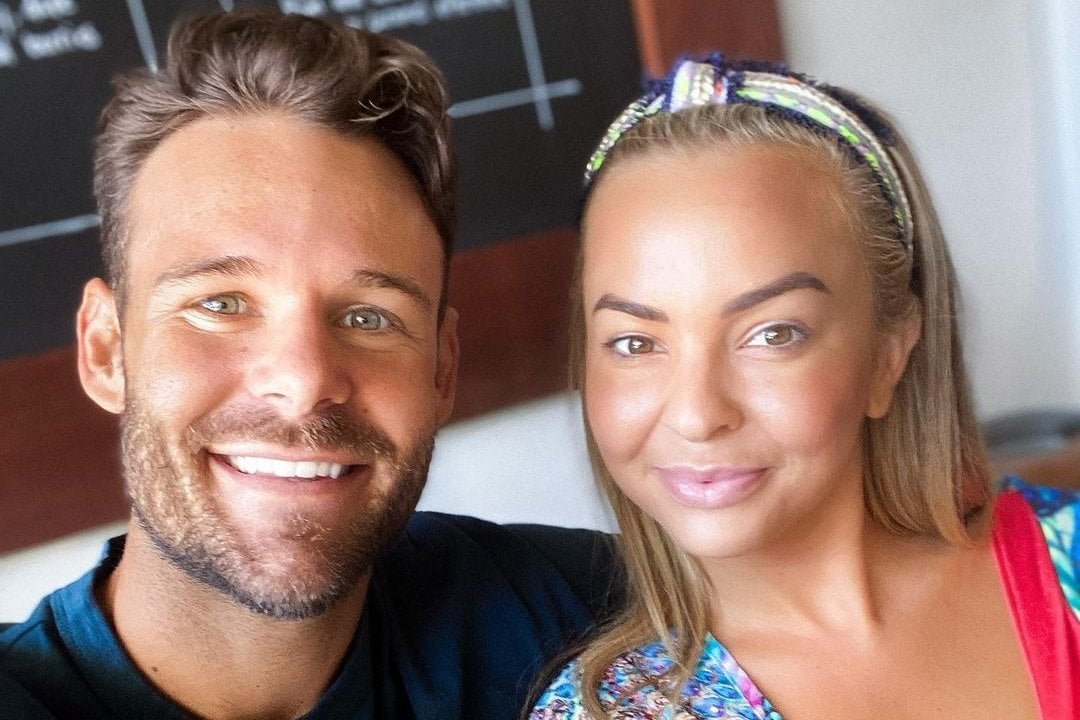 In December 2020, Angie told Kyle and Jackie O that religion played a role in their relationship ending.

"He was very religious and he had all these ideas that I could or should be this certain way when I wasn’t," she said.

"I don’t want to be with somebody who wants me to change. I want somebody to love me for me."

Now, over a year after their breakup, Carlin has had a career change and now works as a photographer, running his own business, CS Media. It looks like he's also about to launch a jewellery label, Natve.

Carlin's in a new relationship too, dating a digital marketer who also owns a jewellery label, Emily Bradwell.

"Em and I moved in together right before the second lockdown! Talk about a tester for the relationship," Carlin said in an Instagram post in November.

They also got a dog, a cavoodle named Paco.

A post shared by C A R L I N (@carlinsterritt)

Since the show, Angie has released her own book If You Don't Laugh You'll Cry, and now appears on two podcasts, Angie Tries It and Two Girls One Pod, which she co-hosts with her former Gogglebox co-star Yvie Jones.

In a recent episode of Two Girls One Pod, she shared more details about her relationship with Carlin.

"He would not even get an ugly dog," Angie told Yvie.

"I said I wanted a three-legged dog, like a rescue and he was like 'I want an aesthetically pleasing dog. We are not getting a dog like that'.

"I was like 'what if our children are going to be ugly? Are you going to not want to have them?' Oh, another story," she said.

Angie explained how she felt pressure to look a certain way in their relationship, and how she doesn't want that going forward.

"I’m going to attract people that I don’t really like, because I don't like being 48 kilos and drinking too much and having to look like a doll all the time," she said.

"I’m going to end up with Carlin, and look how swimmingly that turns out. I don’t want to attract that sh*t. I want to look like this and attract a really nice human.

Carlin has since responded to her comments on his Instagram story.

"So, unfortunately, I'm here having to make this video," he began.

"It's been a long time of being talked about on public forums by my ex, Angie, and things that are being said that aren't particularly nice at all. And a lot of it, very, very untrue." 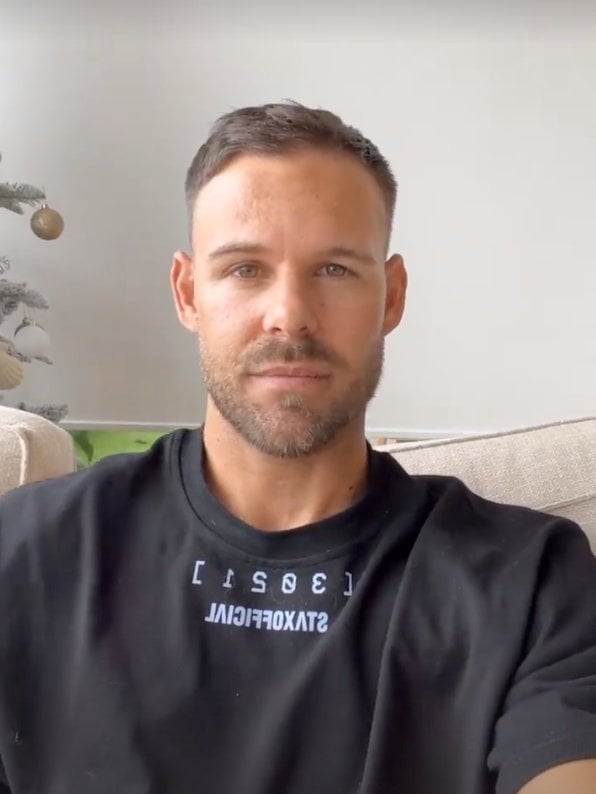 Carlin explained he's been silent about their relationship for so long but it comes to a point where he needs to defend his character.

"Most recently, Yvie and Angie talking on their podcast about supposedly me saying that I wanted her to look a certain way, which is absolutely ridiculous, because I said I always preferred the less makeup thing, like wearing a hoodie at home, that kind of thing," he said.

"So, I have no idea where it's come from that I have this high expectations [sic] for her to be some kind of Barbie doll which is just ridiculous."

"The whole religious thing... I rarely ever talked about my faith with Angie," he said. "I never pushed it on her or anything like that."

"For it to be said that my expectations because of my religion on her was too much and she just wanted to be authentically herself... I was never stripping her of that, whatsoever."

Carlin also shared what bothered him when they dated.

"You can take religion out of it the picture and I would still be who I am and not like the things I don't like," he said.

"Like yeah, I'm not a big fan of smoking. That was a thing that came up in our relationship... [And] not being treated well when she's been drinking, I don't like that."

"You can say it's religion and there's some expectations there, but hell no, that's got nothing to do with my religion."

Carlin ended by saying he isn't holding any bitterness towards Angie, but he needs to stick up for himself.

"It's really frustrating and really disappointing that I'm still being talked about in that light but I'm trying to move on with my life," he said.