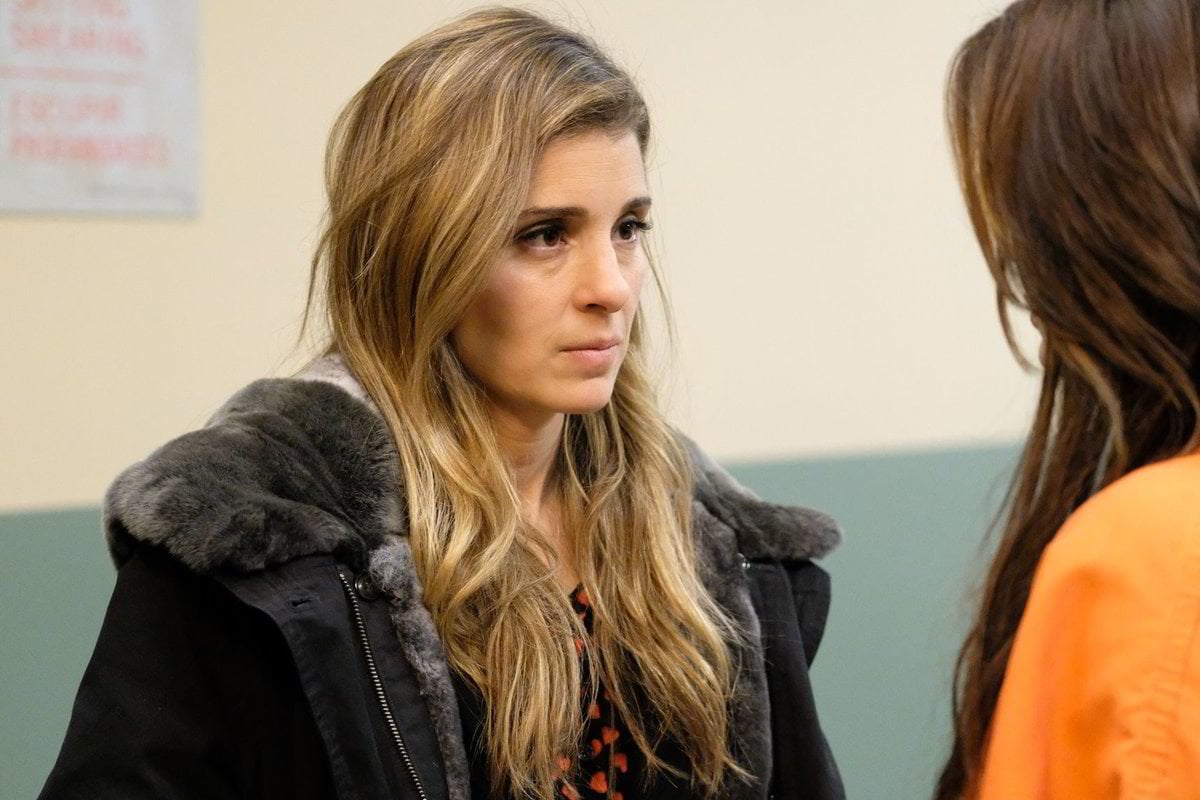 If you're a fan of reality TV, it's likely that you're familiar with Stan's dramedy UnREAL.

Although Everlasting is a fictional show, the dating show is loosely based on the experiences of UnREAL creator Sarah Gertrude Shapiro who worked as a producer on The Bachelor US for three years.

Watch the trailer for Stan's UnREAL below. Post continues after video.

From "frankenbiting" to straight-up manipulation, UnREAL is full of subtle nods to The Bachelor franchise.

But what exactly did the highly exaggerated series get right (and wrong) about The Bachelor?

Here's what we discovered:

In the first season of UnREAL, Adam Cromwell, a rich British playboy, appears as the "suitor" on Everlasting.

Although the dates on The Bachelor franchise are often, well, ridiculous, they aren't fake. (And there certainly aren't any body doubles involved either).﻿

But... there are a lot of ridiculous dates.

In season two of UnREAL, Darius Beck, an African American professional football player, is cast as the suitor on Everlasting. 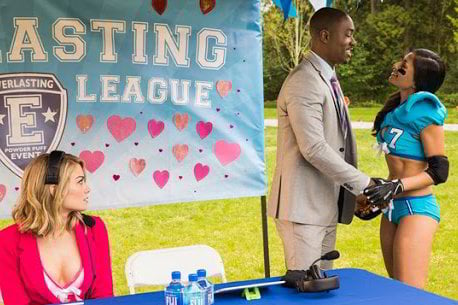 In fact, The Bachelor's Locky went on an incredibly similar date.

Producers are given bonuses for creating drama.

Throughout UnREAL, producers are given bonuses for creating drama among the contestants.

Although it may sound hard to believe, author Amy Kaufman claimed in her book, Bachelor Nation: Inside the World of America's Favourite Guilty Pleasure, that producers were often bribed on the set of the US franchise.

"To motivate the producing team, [former supervising producer Scott] Jeffress offered cash incentives. He kept a wad of crisp $100 bills in the pocket and promised one to anyone who delivered strong drama. The first producer to get tears? A hundred bucks! You get Michel to make out with the right girl? A hundred bucks! Catch a chicken puking on camera? A hundred bucks!" 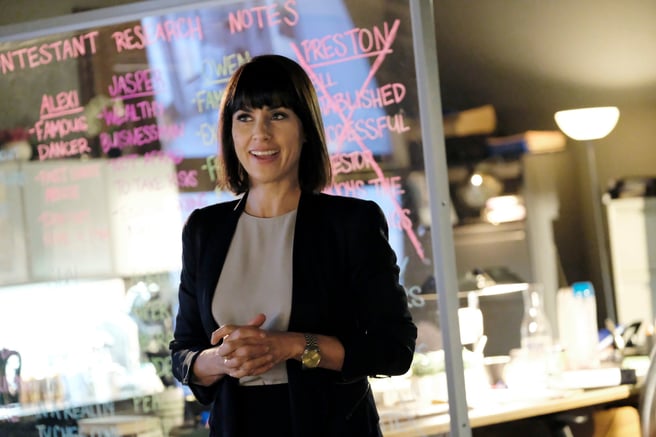 In UnREAL, Quinn, Rachel and the other producers often refer to the contestants as characters, such as "the wifeys", "the sl*t", or "the villain".

As all reality TV aficionados know, it's common that contestants are assigned character traits.

Over the years, we've seen the clinger edit, the villain edit and the winner's edit pop up time and time again in The Bachelor franchise.

Speaking to New Idea, Bachelor in Paradise's Abbie Chatfield, who has been given the villain edit herself, shared the signs that someone is being given the edit on reality TV.

"Unless you see [a statement] come from someone's mouth, word for word on camera, assume it's edited," she told the publication.

"And when you notice that one thing, you notice all the bad things people say are in voice overs! I only know when I was edited because I knew what I had said. So I was like, 'That's not what I said in that context.'"

In another interview, The Bachelor's Brooke Blurton told Who Magazine that she felt pressured to play "the angry black girl" on Nick Cummins' season.

She shared that when she reacted calmly to certain situations, much to the dismay of producers, they’d become "aggressive" and attempt to manipulate a dramatic response out of her.

"Obviously, they’re making a TV show and you hear that quite often," she told the publication.

"You’re basically characters in a show and you have to conform to be that character. If you don’t conform, they [producers] are quite aggressive with how they speak to you. I didn’t necessarily conform... and the manipulation is definitely there."

In UnReal, the Everlasting producers are often seen cutting and chopping the words of contestants to make them say things they didn't say.

In a post for Vulture in 2016, an American reality TV executive shared the methods he uses to create "villains".

Writing under a pseudonym, "James Callenberger" explains a technique called a "frankenbite", which works by "stitching together" pieces of different sentences to create new meaning.

Callenberger claims this technique is obvious to the trained ear, but that most audiences don't notice the subtle change in pitch as they listen to the pieced-together dialogue.

Speaking to New Idea, Abbie Chatfield explained that editors will often cut different words together to form completely new sentences. The soundtrack in the background also makes it difficult to hear what they have pieced together.

"They turn the music up so you can't notice," she said.

A lot of drinking is involved.

On UnREAL, alcohol is frequently used to get the contestants to open up on Everlasting.

Although alcohol consumption appears a little more forced on UnREAL, it's a lot more relaxed in The Bachelor franchise.

Although it's rare to see a Bachelor in Paradise cast member without a drink in hand, there are strict rules around alcohol consumption on the show to ensure things don't get too out of hand.

A post shared by Bachelor In Paradise Australia (@bachelorinparadiseau) on Jul 15, 2020 at 1:00am PDT

In an episode of Life Uncut, the podcast Bachelor in Paradise's Brittany Hockley hosts with 2017 Bachelor winner Laura Byrne, Hockley shared that the Paradise bar opens at midday.

"Then you get two drinks an hour, and you can basically drink until midnight," she said.

Brittany insisted that producers watch closely for signs of intoxication.

"They have a duty of care, so while you’re allowed that many drinks, the second they think you’ve had too many, or you’re too intoxicated, they’ll cut you off.

There are candles... everywhere. 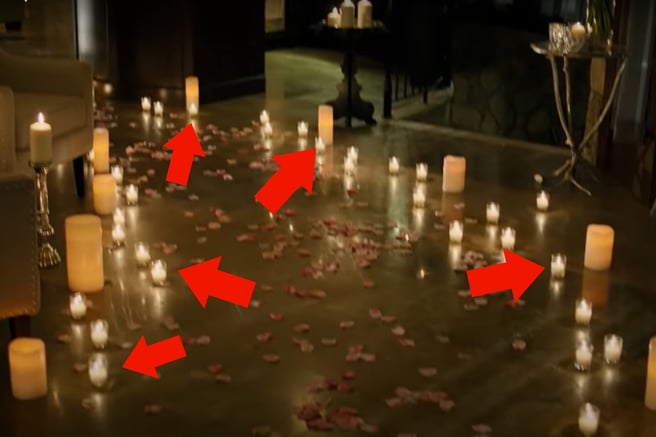 Is this... necessary? Image: Stan. 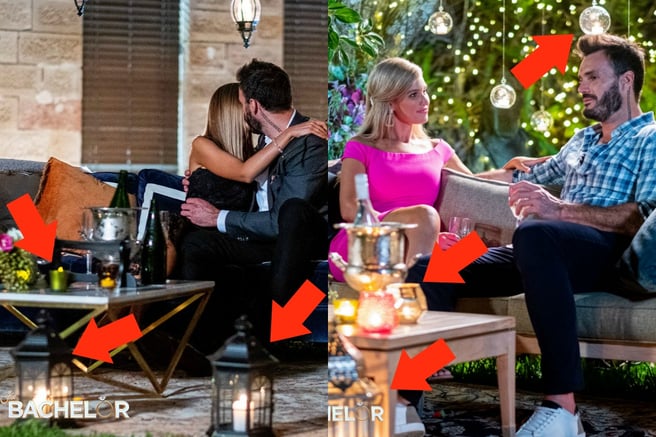 You (sort of) lose your freedom.

In the first episode of UnREAL, the Everlasting contestants revolt after they are left locked in their limousine before arriving at the mansion – without access to the bathroom.

Although it isn't quite as strict for contestants in The Bachelor franchise, contestants do (sort of) lose their freedom while on the show.

"When you sign up for The Bachelor [US], you're allowing [the producers] to take away your freedom, basically, for as long as you're on the show," one anonymous US contestant told Cosmopolitan.

"When you go through casting, they confine you to a hotel room. The week leading into filming, you're also confined to your hotel room. You're confined to the house from the moment you've arrived."

All four seasons of UnREAL are available to stream now on Stan.