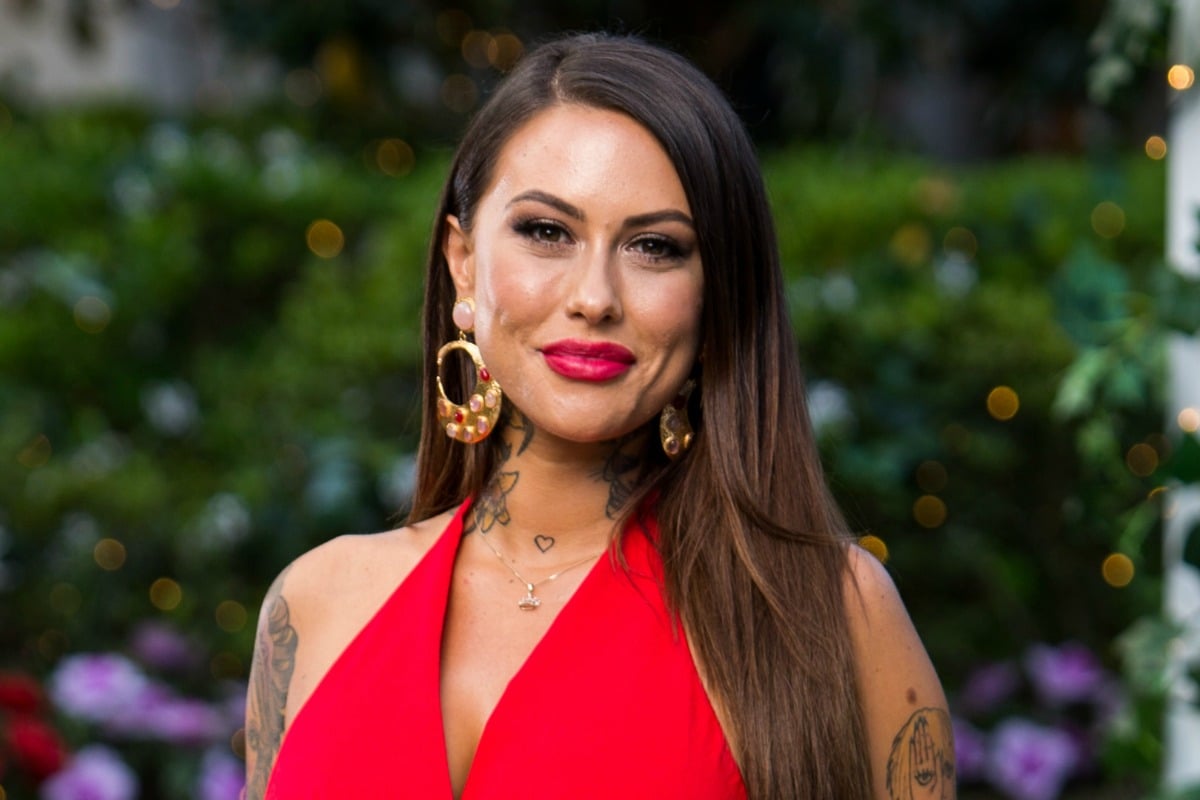 When Jessica Brody was left standing without a rose at the end of last night’s Bachelor rose ceremony, she put her head in her hands and her eyes welled up with tears.

She entered the show to find a connection, and that was exactly what she got – but it wasn’t with bachie Matt Agnew.

The 30-year-old make-up artist told Mamamia that throughout her week in the mansion, she made lots of close friends.

Yeah, even with some of the ‘old girls’.

The show seems intent on pushing the ‘old girls’ vs ‘new girls’ divide, but Jessica (a ‘new girl’) didn’t think it was as bad as it’s come across on screen.

“Obviously there’s hours and hours and hours that we’re being filmed over multiple days and it gets all montaged into an hour episode so you don’t see the ins and outs of everything, and it doesn’t seem quite as intense when it’s spread out over a few days compared to all crammed into one episode,” she said.

“A week in the Bachie mansion is like a month in real time… It was actually more comfortable than I expected, to be honest. I thought going in that there would be more of a divide. I integrated in quite quickly, I really clicked with Abbie in the house and Vakoo. I want to be friends with everyone, I’m one of those kinds of people.”

I went on The Bachelor to find love and I did. I found love with 27 women who challenge the constructs of beauty both internally and externally. Although I didn’t receive a rose last night, I am so grateful for this experience and for the bonds I’ve made. I wouldn’t change a thing and I wish Matt all the luck on his journey to find the one. ???? thank you so much to everyone who has reached out with love and support. It doesn’t go unnoticed ❤️❤️

Jessica said the show has aired a pretty accurate depiction of her experience – especially the cocktail parties, which are just as crazy and dramatic as they look.

She’s pleased with how she came across in her (limited) screen time, but said there was one bachelorette’s portrayal that did take her by surprise.

“The only real thing that did shock me was Nichole. I was quite surprised by her overconfidence, but then again I wasn’t there for all of it, like her one-on-one time with Matt, so I don’t know how that played out in real life. I was quite surprised by the over-the-top character because she is a really, really lovely girl and she has a lot of friends in that house as well,” she said.

“She is still that cocky character, but it’s usually a smaller part of her personality.”

Despite almost zero screen time, Jessica said she and Matt did have a few occasions to chat and there just wasn’t a spark.

“If you look at my reaction [after being eliminated] last night, I was getting teary looking at the girls, I wasn’t looking at Matt.

Given the strength of the relationships between the bachelorettes, it makes sense that they’d have a group chat where they share a bunch of goss and debrief on each episode.

“We all kind of go dead silent when the episodes are airing, afterwards we go ‘Oh, we have to relive that!'” she explained.

“But we all said from the get go that we weren’t going to take anything personally or judge each other by what was said on the show. It’s all very positive, we’re all very supportive and we all tell each other how amazing we look.”