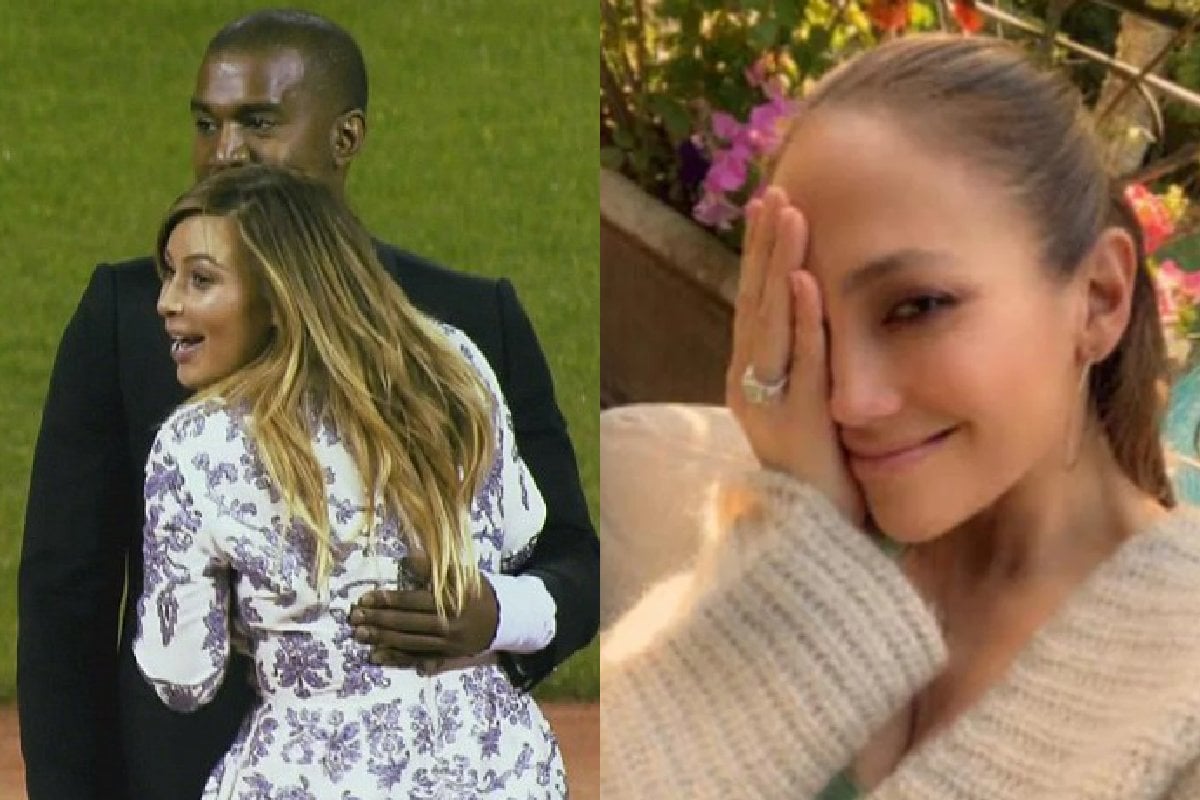 Celebrities are known for their epic marriage proposals.

From drinking blood to booking out an entire stadium, a celebrity getting down on one knee always make for a good story.

Here are 8 of the best celebrity proposals:

This week, Lopez and Affleck took us back to the noughties after announcing their engagement for a second time.

In her newsletter, Lopez gave us all the details.

"Did you ever imagine your biggest dream could come true? Saturday night while at my favorite place on earth (in the bubble bath), my beautiful love got on one knee and proposed," she wrote. 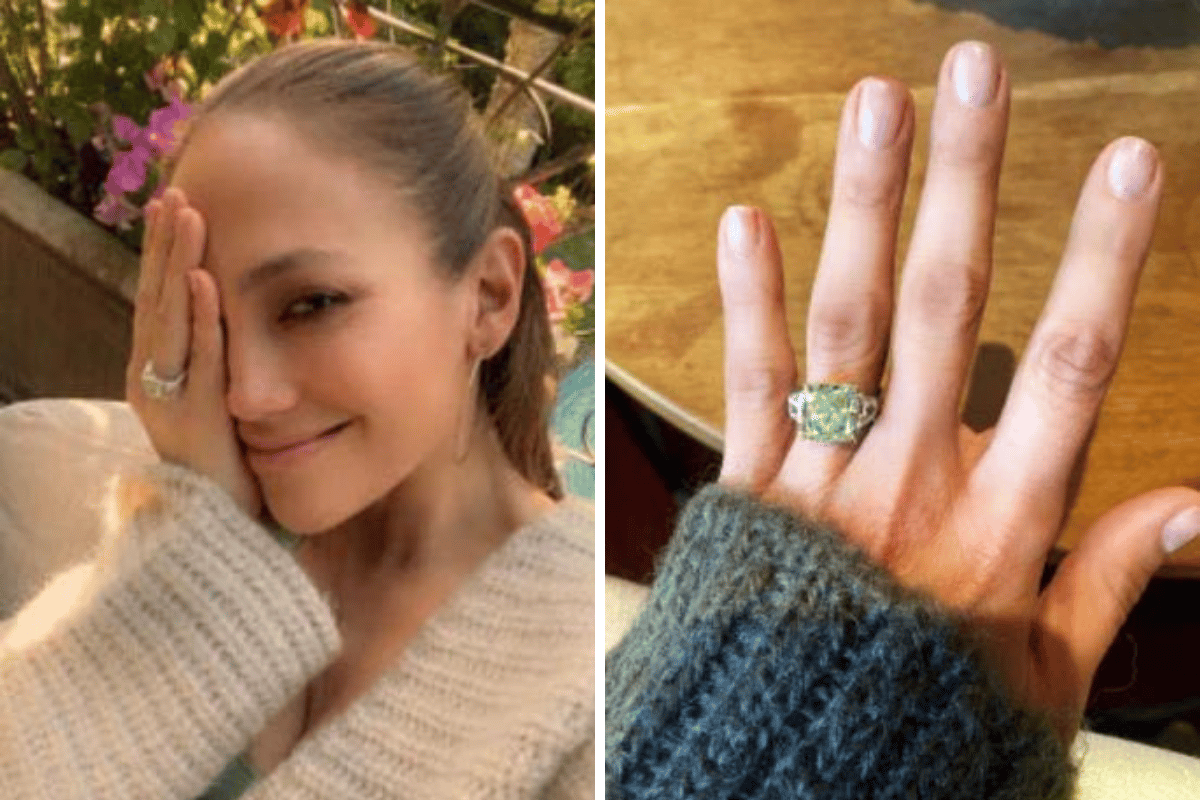 Jennifer Lopez announced her engagement to Ben Affleck this week. Image via Keep It On The JLo.

"I was taken totally off guard and just looked in his eyes smiling and crying at the same time trying to get my head around the fact that after 20 years this was happening all over again," she continued.

In a video in the newsletter, Lopez can be seen wearing a green diamond engagement ring.

"Maybe you can remember a certain green dress," Lopez said in reference to the iconic Versace dress she wore to the Grammy Awards in 2000 (AKA the gown which inspired the creation of Google Images). 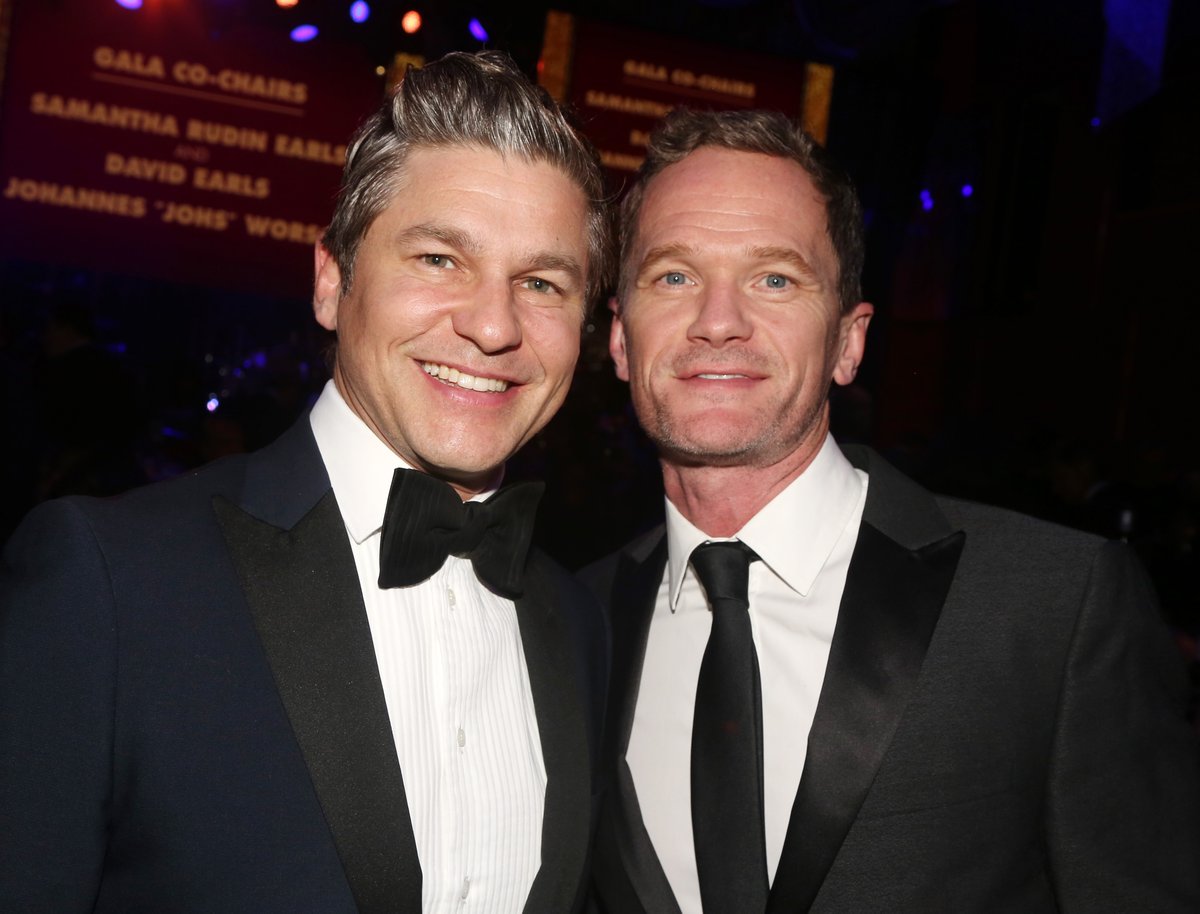 Neil Patrick Harris and David Burtka may just been one of the most genuine couples in Hollywood history.

In 2007, Burtka showed the How I Met Your Mother actor (and the rest of the world, quite frankly) how special and intimate a proposal can be without needing to be neither lavish nor expensive.

On the way home from an event, Burtka asked their limo driver to pull over - on the exact street where the pair had first met. He got down on one knee and proposed.

There are few couples that can compete with Megan Fox and Machine Gun Kelly's relationship. From blood oaths to kinky sex, there's not much that isn't on the cards for the pair.

Which makes their dulled-down proposal story and all the details surrounding it that much more interesting.

In January, Fox shared a 25-second long clip to her Instagram account showing Machine Gun Kelly dropping down on one knee under a banyan tree. He later presented a small box, which resulted in Fox promptly dropping to the floor and giving him a kiss right then and there.

Fox shared the reason Kelly proposed where he did, saying they had sat under that exact tree together a year and a half earlier.

"We were oblivious to the pain we would face together in such a short, frenetic period of time. Unaware of the work and sacrifices the relationship would require from us but intoxicated off of the love. And the karma. Somehow a year and a half later, having walked through hell together, and having laughed more than I ever imagined possible, he asked me to marry him," she continued.

The pair said they wanted to "control the narrative" by sharing a clip of their proposal to their socials themselves.

"We released it to control the narrative. As opposed to someone just catching a weird cell phone pic of a ring on our hand and being like, whoa! But yeah, I didn’t expect it," Fox explained.

"I just recorded it on my cell phone. And it wasn’t like we have photographers or anything. It was just like me setting my phone against a cup." 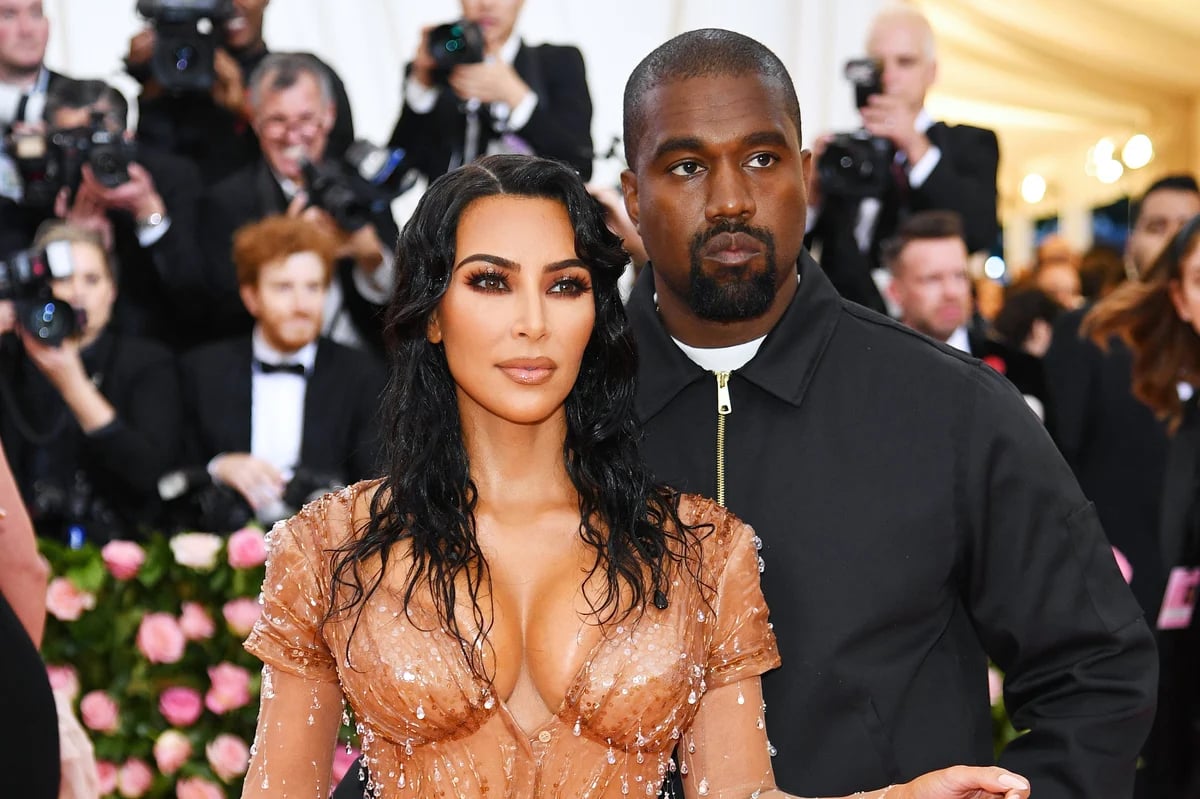 One of the most epic proposals of all time is undeniably when Kanye West got down on one knee and asked Kim Kardashian to marry him in 2013.

The best part? Fans could relive every second on Keeping Up With The Kardashians. The rapper reportedly spent almost $5 million to pull it off.

West rented out San Francisco's AT&T ballpark and brought the blindfolded Kardashian onto a pitch-black baseball field while an orchestra serenaded her with her favourite Lana Del Rey song, 'Young and Beautiful'.

Friends and family hid in the dugout, waiting in the darkness to celebrate.

Then West dropped to one knee while a scoreboard flashed "PLEEEASE MARRY MEEE!!!", before presenting the reality TV star with a 15-carat Lorraine Schwartz diamond ring.

While the couple's relationship has been anything but easy, they remained married for seven years before Kardashian filed for divorce in 2021. 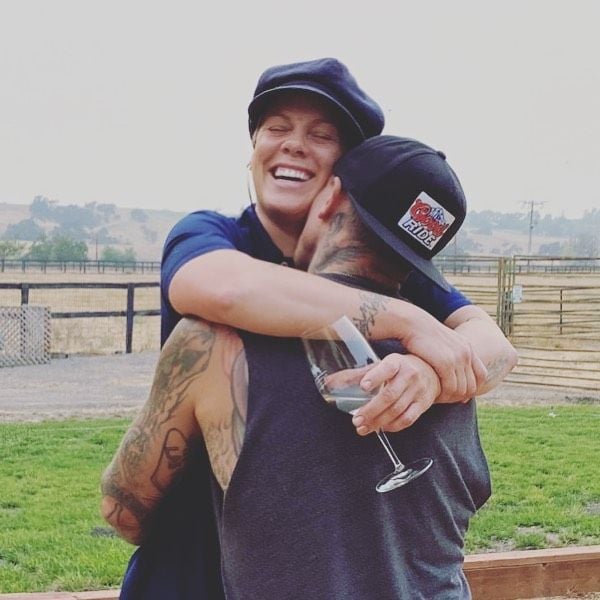 The 'So What' singer decided to forego tradition when she proposed to her partner and motocross racer, Carey Hart, in July 2005.

Pink was supporting Hart from the sidelines at the Mammoth Lakes motocross race, when she held up a whiteboard that read: "Will you marry me?"

As Hart raced past, he opted out of the second lap around the track and decided to kiss his future wife instead.

While on The Howard Stern Show, she admitted they are "totally going to do it".

"We're marrying. We're totally going to do it," she explained.

"I wanted to be proposed to. So I think I very distinctly carved out what I wanted and, you know, she nailed it. It was really cute. She did very well and — we're marrying. It's happening." 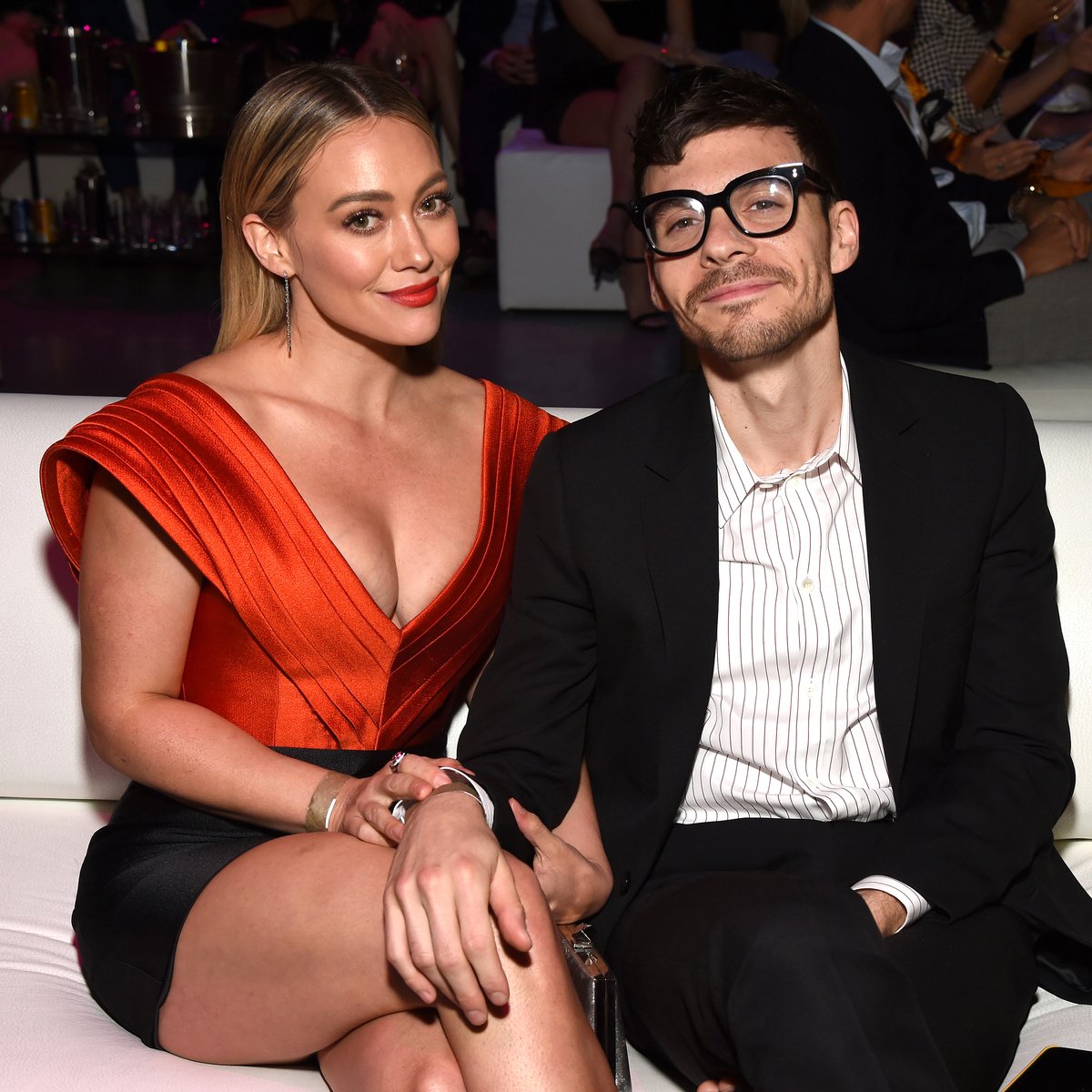 While in conversation with The Talk, Duff shared the details surrounding their fairytale proposal.

"I came home from work on a random Tuesday, and he’s like 'let’s go for a walk. Let’s go check out this park,'" recalled the Lizzie McGuire actor. "We were living in Williamsburg, and I was like 'I’m so tired.' We just started [watching] Game of Thrones, and I just wanted to eat dinner in bed and watch Game of Thrones. And he’s like 'No, no, let’s go on a walk.'"

Duff told Koma that she'd only join him on a walk if she was able to put her sweatpants on and after agreeing, the couple went to the park. From there, Koma presented Duff with a book which outlined the details of their relationship.

"He got down on one knee, and he’s like 'I forget everything I’m supposed to say, but you’re my best friend.' It was so sweet," she said of the moment.

Dwyane Wade knows how to propose, that's for sure.

Somehow, the basketball star was able to have two of his children be a part of the moment, by taking them and Union to the construction site of their new house, around December 2013.

"They wanted to catch me off guard. We were just spending what I thought to be a fun day with the kids, having a little quality time. We went to brunch, and we went to tour our house, which is being constructed. It's a construction site—it's nowhere close to being done," Union detailed to E!News in 2014.

"I should have known something was up when [Dwyane] was like, ''Are you gonna do your hair? Are you gonna put on makeup?' I'm like, 'To go to a construction site? No'."

After touring the place, Wade's kids ended up downstairs by the pool while Union and Wade remained upstairs.

"They were like, 'We wanna do a presentation for you.' They like to do skits and songs and stuff, so we turn around, and they're like, 'Okay, we're ready!' and I turn back around and [Zaire and Zaya] were holding up signs that said, 'Will you marry us?'," Union explained.

"They've been asking us to get married for two years and they talk about it all the time, so I'm thinking they've just made signs," she added.