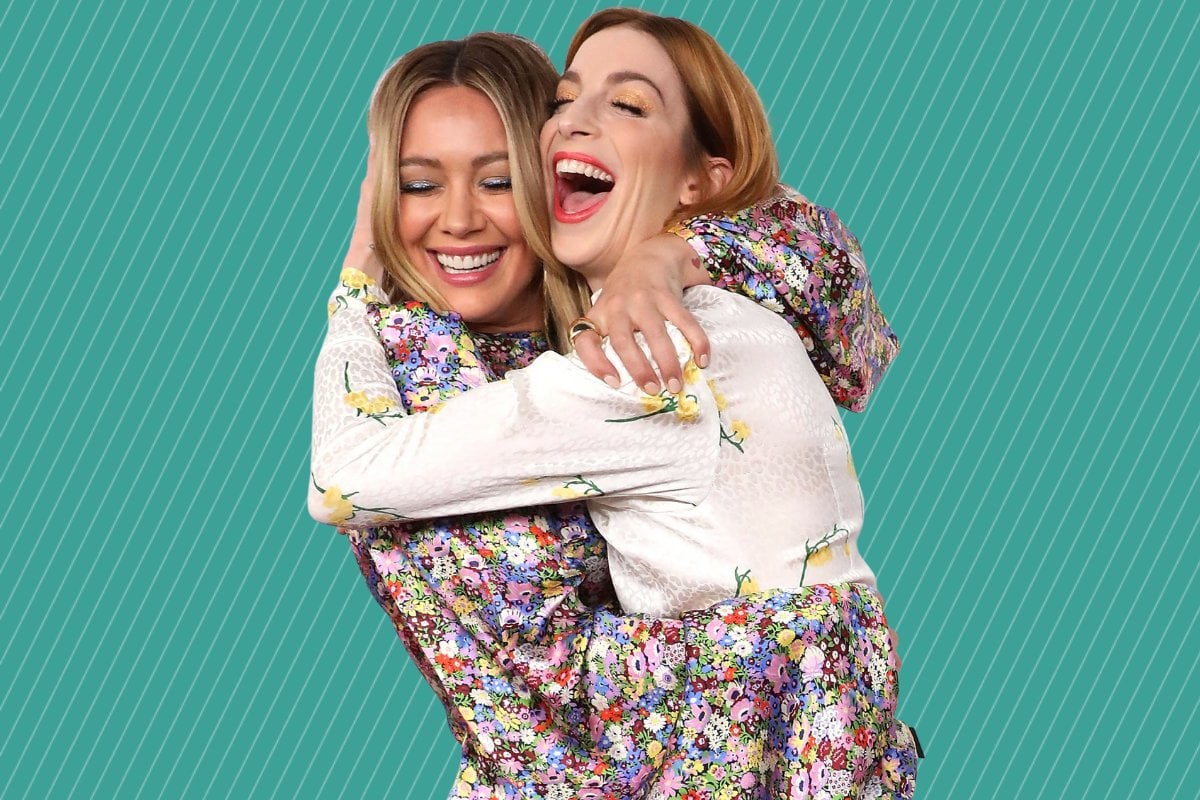 When Younger actress Molly Bernard read the show's last ever script, her heart skipped a beat.

The 32-year-old actress has played publicist and social media guru Lauren Heller on Younger since the beloved Stan show's first episode and although her character was initially just a recurring one, seven seasons later it's gone on to create TV history.

The dramedy, which was created by Darren Star and is based on the novel of the same name by Pamela Redmond Satran, follows Liza Miller (Sutton Foster), a 40-year-old mother who ends up moving to New York City to live with her best friend Maggie (Debi Mazar) and lies about her age to score a job in a publishing house where she works alongside Diana Trout (Miriam Shor) and Kelsey Peters (Hilary Duff).

Take a look at the trailer for season seven of Younger, coming only to Stan. Post continues below...

Alongside her fan-favourite role on Younger, Molly has made a name for herself via appearances on Chicago Med, Blindspot and Transparent, but she said the end of Younger's seven-season run had made her particularly emotional.

"I’m always surprised about where the show goes, but I’m never surprised by Lauren," Molly told Mamamia. " Which I know is a cop-out answer, but as I was reading the final script, I just thought ‘this show is so good’.

"There is a crazy thing that happens with Lauren in the finale and fans are going to really like it, it’s pretty wild."

The character of Lauren is described as a fluid pansexual female making her one of the first pansexual characters in a main role on a TV series and even all these years later, the character remains a rarity in the pop culture landscape.

When talking about her own sexuality, Molly has previously said  "I would not define myself as bi, or pan or fluid, I would just say that I am straight up — queer" and in January 2020 the actress happily announced her engagement to longtime girlfriend Hannah Lieberman.

"It has been so important to me to play one of the first pansexual characters on TV," Molly said when asked about her place in TV history. "That kind of representation is critical. I think it’s also important that Lauren really loves herself, unconditionally, and that is rare.

"And her parents do too, she’s not living in secret as a queer person and it’s not tokenised. I feel very happy that I’ve been able to play someone who is an out and proud queer person. That just has to be important to so many people, that it’s not a dark thing and doesn’t haunt her." 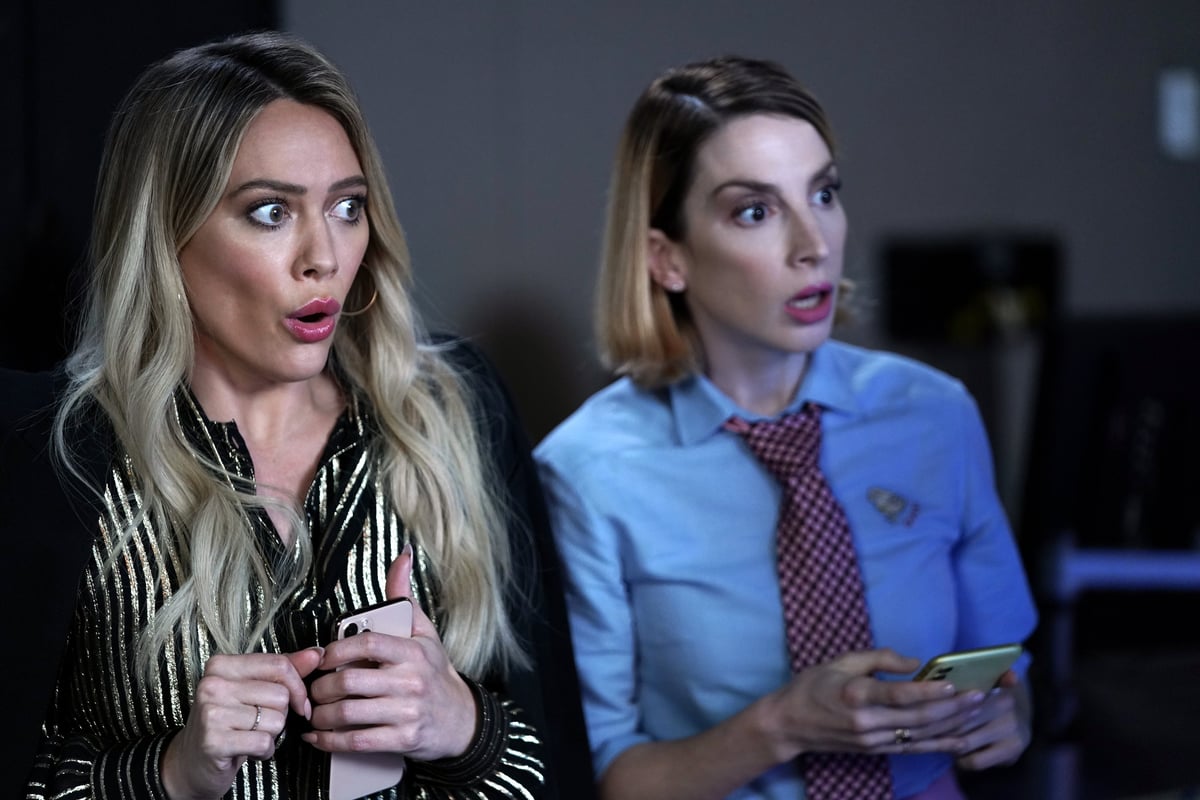 Molly's increased screen time on Younger can be linked to the audience's connection with her but also to her on-screen chemistry with co-star Hilary Duff.

The pair were matched as fictional friends in the series, but once the writers saw how their dynamic played out on camera, the Kelsey and Lauren relationship was kicked up a notch.

And while Kelsey and Lauren are still steadfast friends on the show, they've really got nothing on the relationship that's grown between real-life best friends Hilary and Molly.

As a testament to their bond, Molly officiated Hilary's wedding to Matthew Koma, was named as the Godmother to Hilary's daughter Banks, and was even in the room to hold her friend's hand this year when Hilary gave birth to her daughter Mae.

"We really fell in friend love with each other," Molly said with a smile when asked about their relationship. "I think we are also an unlikely pair because we are very different but that's also why we work.

"She’s the person I always call when I need an honest answer to something. Even if I don’t want to hear it, I know I need to call Hilary because she will ground me. She always shows up.

"We are each other's reliable, steadfast pal. I am like that in all of my friendships, sometimes to a fault, but with Hilary and I, loyalty and love are the most important things.

"I would say we really got tight in season two," she continued. "In season two I had a lot to do with Hil and her character but I also had a lot of scenes with Sutton Foster. And as we got closer, the writers started to write more scenes for Hilary and I to do together."

Molly describes meeting Younger's leading lady Sutton Foster as one of the biggest pinch-me moments of her career, thanks to a connection dating all the way back to her teenage years.

"I actually wrote Sutton a fan letter when I was 14 because I just idolised her so much," Molly said.

"She was just so amazing in (the Broadway show) Thoroughly Modern Millie. She actually wrote back to me with a signed headshot that read “follow your dreams Molly, xoxo Sutton Foster”.

"It’s incredible, and she just carried our show so well," Molly said about her co-star. "She’s also really just such a weirdo, and she taught me how to crochet while we were on set."

When it comes to Younger's final season, Molly is tight-lipped on how the series will end but said  this time around Lauren will be very much part of the action at Empirical Publishing.

"There’s a lot of Lauren in the office in this final season, while Diva (Diana Trout) is off on her honeymoon," she said."We also see a very steamy rekindling of an old flame, but I can’t say too much.

It has to be asked at this point if the 'old flame' in question is Debi Mazar's Maggie, who had a fiery fling with Lauren before the duo moved on to just being friends.

"Maybe..." is all Molly responds to that question, but it should be noted she also gave a wink.

When it comes to the all-consuming Younger question of who will win Liza's heart in the series final, Team Charles or Team Josh, Molly said her allegiances swing back and forth.

“I’m kind of a boring cast member on this one," she said. "I fluctuate each season between Josh and Charles and which team I’m on.

"It’s a really beautiful ending so please enjoy it," she concludes, talking about the long-awaited finale. "We shot this through a pandemic for you guys and we’re sad that it’s ending too.

"But any time you miss us, like old friends, you can just re-watch all the other seasons and we’ll be there for you."

All of the first four episodes of season seven of Younger will be available to stream from 6pm Thursday 15 April, only on Stan.