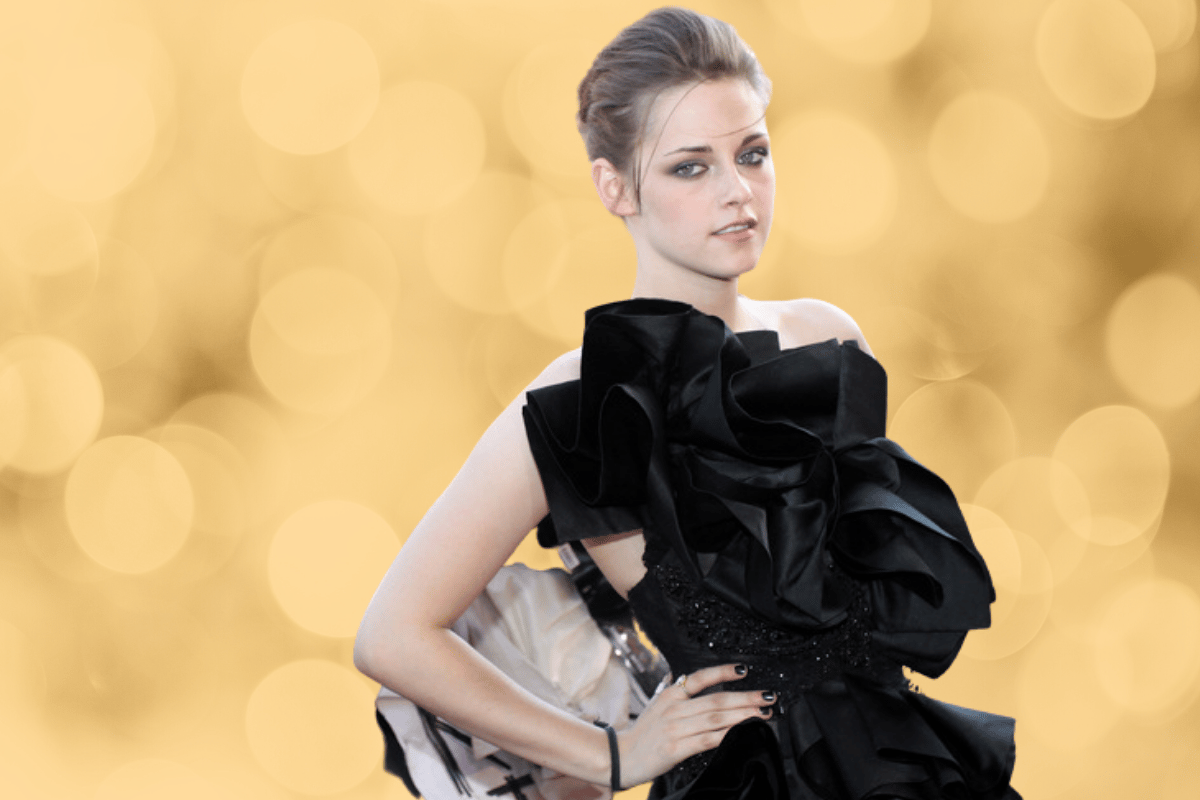 For many years Kristen Stewart was practically an episode of Married At First Sight come to life.

She was scoffed at, labelled problematic, and accused of wheeling out some pretty bad behavior in a bid to score attention and headlines.

And yet, we couldn't stop dissecting her every move.

When the now 31-year-old actress, and newly-minted first time Oscar nominee, first stepped into the Hollywood fishbowl at the age of eight she was immediately labelled by critics as a 'serious actress'.

Even though she was still at an age where tieing her shoes correctly felt like an achievement.

One of her first notable appearances was in the independent film The Safety of Objects, where she starred as the daughter of a troubled single mother played by Patricia Clarkson. It was a role that put her name on the critical radar, but it wasn't until she starred opposite Jodie Foster in David Finchers' hit film Panic Room at the age of 10, that the positive reviews and the award nominations began to flood in.

Up until 2007, Kristen bounced between being a solidly working actress whose name regularly appeared in the credits of well-regarded indie films, with a handful of lukewarm studio releases in the mix, and a 'regular person'.

At least until the day director Catherine Hardwicke visited her on the set of Adventureland for an informal screen test.

The result of the visit was Kristen being immediately handpicked for a role in Catherine's new vampire teen romance movie. In a part that would make it impossible for her to ever again hide from the spotlight.

Of course, there's no denying that taking on the role of Bella Swan in the critically panned but box-office gold Twilight film franchise, based on Stephenie Meyer's novel of the same name, was the role that made Kristen Stewart's career.

And then broke it. 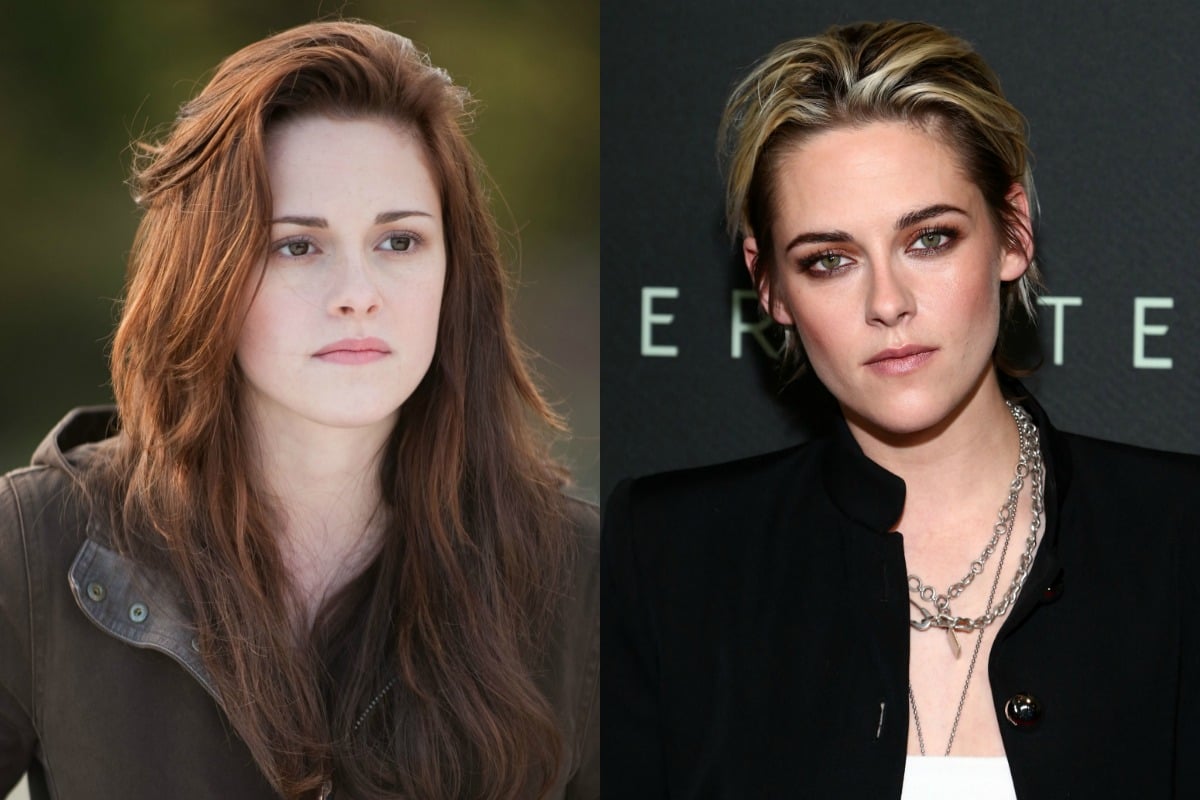 For many years Kristen Stewart was practically an episode of Married At First Sight come to life. Image: Getty The Twilight Saga spanned five movies and grossed more than $3.4 billion worldwide. But while the franchise's fiercely devoted fandom were head over heels for Robert Pattinson as the glittery yet traumatised vampire Edward Cullen, the reaction to Kristen's Bella Swan, a young woman who initially appears to have no real character traits apart from her unwavering devotion to the undead man who watches her sleep at night, was a little more polarizing.

Much of the early public antagonism towards Kristen stemmed from the place her character Bella Swan now holds in the pop culture realm.

In many ways, Bella Swan is a character who has come to be seen as a classic 'Mary Sue', a (quite sexist) name given to a character who comes across as over-idealised and seemingly-flawless.

The reason behind a Mary-Sue finding their way into a story often stems from the fact that they are a self-insertion character from the author, and a vessel for wish fulfillment.

An idea that many readers have since pegged as the motivation for Stephenie Meyer's creation of Bella Swan.

So as the Twilight movies pulled in millions, a small sect of fans began to loath Bella due to the hollow way she came across in the story, and then as an extension, the actress who played her.

It was an issue that would soon have slipped away into the entertainment archives of 2008, had it not been exacerbated by the film's global and all-encompassing press tours.

Each time, as the premiere date for a new Twilight film began to appear upon the horizon, the cast of Twilight, led by Kristen and her co-star turned boyfriend Robert Pattinson, would become fixtures on red carpets, talk shows, and magazine covers.

It's usually during these press tours that stars, particularly actresses, need to put on a bit of a smiling show and dance in order to separate themselves from the characters they play. And, by extension, coax media outlets into deeming them likable.

In some instances, like in the case of Jennifer Lawrence, they separate themselves so far from the dark and serious roles they play that they end up crafting entirely new public personas. These personas then have the power to become more marketable than the actual movie they're attempting to promote.

Kristen's red carpet presence, however, merged with the growing distaste for Bella Swan and it wasn't long before she was topping 'most hated stars' list and the comments on articles about her began to team with a hatred usually reserved for criminals or reality TV villains.

The consensus was that she came across as a sullen and ungrateful diva who, very much like Andy Sachs in The Devil Wears Prada, had been handed the role 'a million girls would kill for'. Yet now couldn't even bring herself to wipe the scowl off her face for a simple photo call. 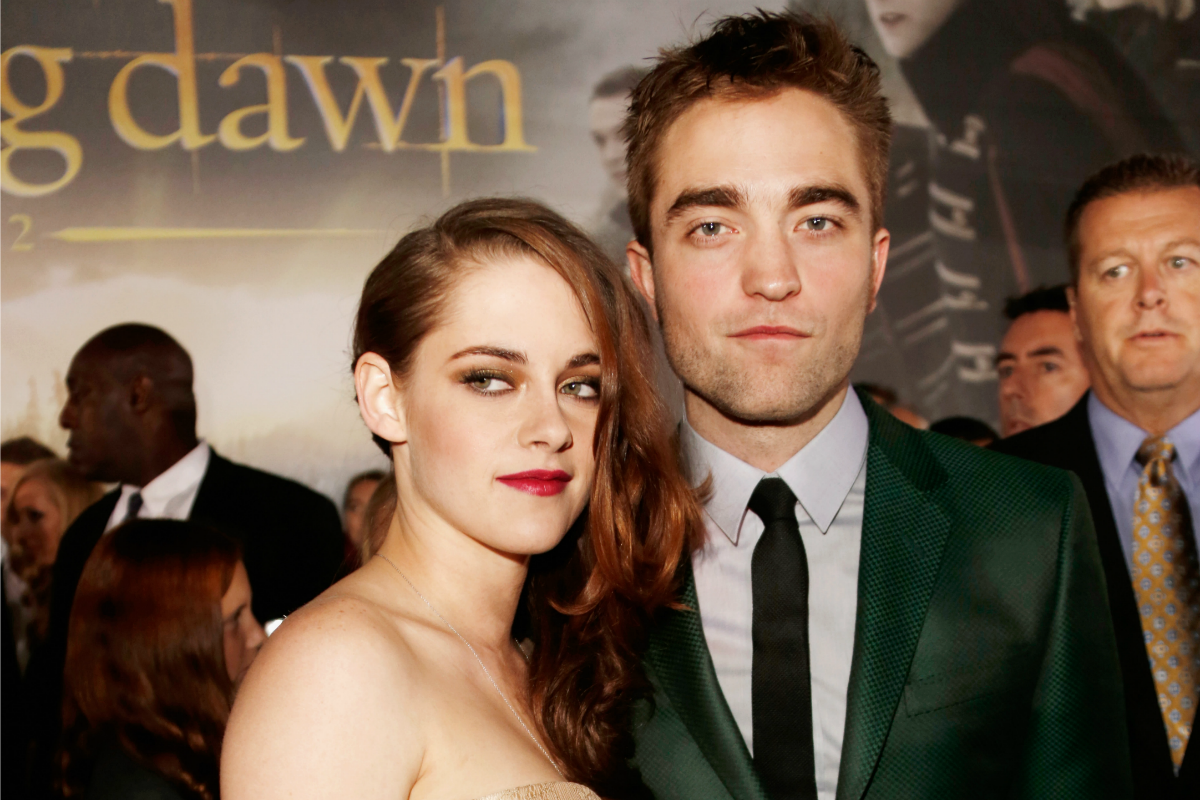 Each time, as the premiere date for a new Twilight film began to appear upon the horizon, the cast of Twilight, led by Kristen and her co-star turned boyfriend Robert Pattinson, would become fixtures on red carpets. Image: Getty. "I used to be really frustrated that because I didn't leap willingly into being at the centre of a certain amount of attention, that it seemed like I was an asshole," she has since told Vanity Fair about that period of her life. "I am in no way rebellious. I am in no way contrarian. I just want people to like me."

“Now I feel like if I smiled for a paparazzi photo - not that I ever would - that’s exactly what people would be desecrating me for,” she also told Elle magazine. “They’d be like, ‘now you’re going to give it up, now you’re a sellout.’ like, okay. What do you want? What would you like?"

In a recent episode of the Armchair Expert podcast, Kristen told host Dax Shepard that in the past she had felt so cornered and terrified by the presence of the paparazzi, forever hounding her in order to get a classic scowling shot, that she was surprised she hadn't 'killed anyone' over it.

In 2012, Kristen’s newest blockbuster Snow White and The Huntsman had been in theatres for more than six weeks and was well on its way to making $400 million at the box office. A feat proving she really could sustain a franchise as a leading lady without the cushion of the Twilight name to fall back on.

The fairytale story around the movie began to fall apart, however, when paparazzi images emerged of Kristen kissing and being intimate with Snow White director Rupert Sanders, whose wife and mother of his children, Liberty Ross, had also starred in the movie.

The photos were splashed across every news outlet and prompted the usually private Kristen to issue a public apology to her longtime boyfriend Robert Pattinson, displaying a level of personal emotion that she'd always been careful to keep away from the cameras.

“I’m deeply sorry for the hurt and embarrassment I’ve caused to those close to me and everyone this has affected," she wrote. "This momentary indiscretion has jeopardised the most important thing in my life, the person I love and respect the most, Rob. I love him, I love him, I’m so sorry."

For many stars of equal standing to Kristen, a scandal like this would have burned hard and fast for just a few weeks before the inevitable PR redemption plan kicked into motion and washed away the sting.

But for Kristen, it raged into a full-blown forest fire.

It didn't help that the public hadn't fallen in love with her public persona the way they had with other movie stars who had been caught in a similar net. The Brad Pitts, Hugh Grants and Julia Roberts' of the world who were all able to slink away from cheating controversies relatively unscathed.

But with Kristen, it was the trump card that audiences and tabloid media had been waiting for.

Proof that the girl who refused to smile really was the villain of the story. And soon even movie studies became hesitant to work with her, all thanks to the outpouring of public hatred that came from the photos being released.

"They didn't put me in that movie because I went through such a highly publicised scandal, and so they were like scared of touching that," Kristen has since said of being left out of the Snow White and The Huntsman sequel, despite being Snow White herself. "That was a really hard period of my life, I was really young, I didn't really know how to deal with that. I made some mistakes."

Listen to The Spill to hear about Kristen Stewart's rocky road to the Oscars.

Her response to being called "the most hated woman in Hollywood" was not exactly to run away from the bright lights of stardom, as many outlets stated, but rather to never dip her toes in social media, favour indie movies and only grant interviews to a select few outlets when the stakes were high.

Kristen's roles in movies such as Clouds of Sils Maria, Anesthesia and Personal Shopper show she is a master of her craft, and she still remains the only American woman to have ever won a César, the French equivalent of an Oscar.

In the same vein, her return to bigger studio blockbusters, such as Charlie's Angels in 2019, show she's well able to turn her hand to comedy as well, yet none of these accolades translated into positive headlines that were able to override the ones that damned her for so many years.

The critical tide has turned slightly with her role in Spencer, but in many ways, she will always be seen as the Twilight girl who refused to smile, at a time where grown men were 'allowed' to harass her simply because they were holding cameras.

The mystery around whether Kristen Stewart is 'likeable' or not will never really be solved. It's not something you can ascertain from a photo, an interview or even a chance meeting.

Yet I do think it's telling, that even after all these years, she's never tried to score public opinion points by turning on the Twilight franchise and deriding the movies that turned her into a superstar, the way many of her co-stars did.

She's pushed against writing them off as foolish or embarrassing just because they were made for and marketed to teenage girls.

And when it comes to not smiling on a red carpet, I'd say in Hollywood there are much worse sins you could commit.

In many ways, Bella Swan is a character who has come to be seen as a classic 'Mary Sue', a (quite sexist) name given to a character who comes across as over-idealised and seemingly-flawless.