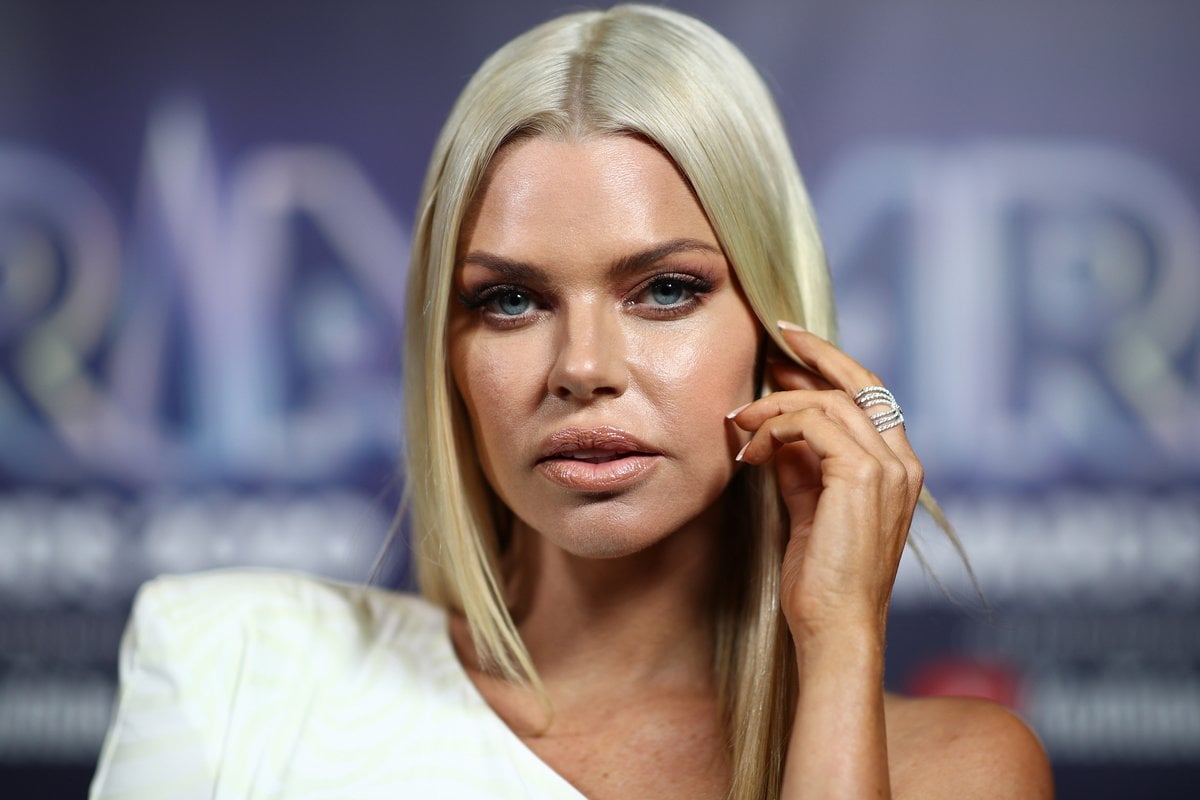 1. Sophie Monk has released her first single in over 16 years, and it’s… jazz.

Fromer Bachelorette Sophie Monk has surprised fans by releasing her first single in over a decade. Only it's not exactly the type of music you'd expect from the Bardot singer.

"Song I recorded. I’d love your honest opinion," she captioned the post.

Sophie went on to say that she recorded the single in a bedroom with Gary Pinto, who is known for working with artists like Guy Sebastian.

After releasing the song, Sophie had one question for her fans.

Not really, but she did ask what they thought of the song and opened herself up to any criticism.

"The lyrics mean a lot to me. I only care what you guys think. I’m ready for criticism eek."

Fortunately, Sophie received plenty of compliments over the single, including some from her fellow celebs.

"You know how much I love this song. So glad others can finally hear it," said Jackie 'O' Henderson.

"Awesome! My first vision was - I can hear this song playing as the leader title song to a series on Netflix about some kick ass chick and her life... love it," said The Biggest Loser's Michelle Bridges.

You can check out Sophie's single here.

2. Jessika Power left the MAFS reunion in floods of tears and Nasser stormed out too. What the chuff is going on?!

The Married At First Sight reunion hasn't even aired yet, but the drama has well and truly started.

According to the Daily Mail, season six star Jessika Power was seen crying after leaving the reunion on Tuesday.

The 28-year-old was photographed looking very upset while catching a taxi back to her hotel.

"I was made to feel unsafe and I made it clear I didn't want that and that's exactly what happened," she told the publication, after leaving the shoot.

While it's not known why Jessika was upset, it's speculated that she wasn't too keen on seeing her former castmate  Cyrell Paule.

"Jessika outright refused to appear on the special if Cyrell was going to be there... but they made her an offer she couldn't turn down," an inside source supposedly told the publication.

In even more drama (yes there's more),  Nasser Sultan was also spotted storming out of the reunion early.

Speaking to the publication, Nasser claimed he was attacked by Cyrell as well as former contestants Ryan Gallagher and Michael Brunelli.

Yep, we're struggling to keep up too.

The reunion will reportedly air before the new season kicks off in late January, according to The Wash.

3. Turns out Elly and Frazer have been broken up for weeks.

Last Friday night, The Bachelorette's Elly Miles confirmed that she and winner Frazer Neate have broken up.

"I just wanted to pop on here and say a couple of things. I just wanted you to hear it from me. Frazer and I are no longer together. We broke up over the weekend," the 26-year-old began. 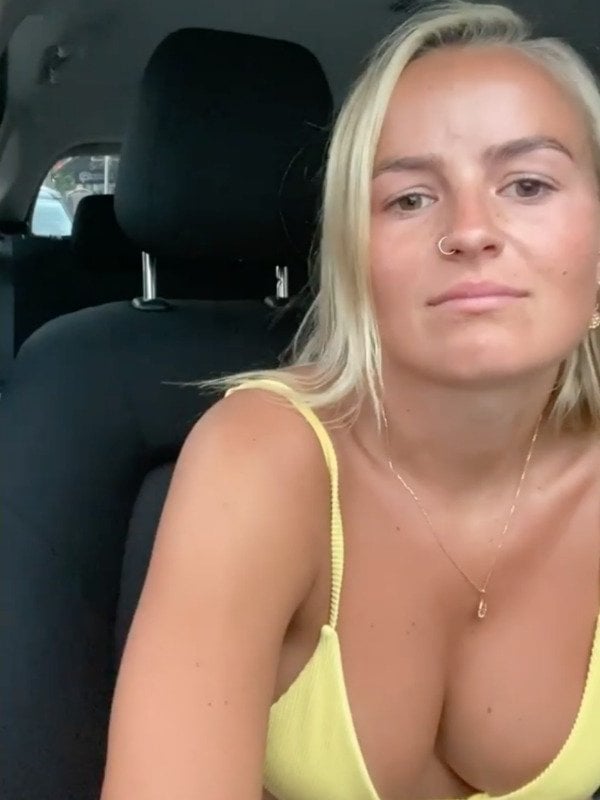 "I think we just grew apart after the show. It was really really hard having the distance and the secrecy and I guess everything that comes along with having a new relationship in the media.

"It’s a bit of a quick turnaround, I guess, to go from thinking you’ve found the person you want to be with forever to being single again. I know I'm going to be fine though," she continued.

However, despite announcing this news less than a week ago, there are suggestions that the breakup took place earlier.

As spotted by the So Dramatic! podcast, Frazer was set to host a Girl's Night Out at a Darwin Nightclub on Thursday, December 10. The night promises "hens party heaven".

Underneath the post, a follower commented, "Surely this would have been arranged prior to the breakup 'last weekend'."

And Bachelor contestant Renee Barrett replied, "I can confirm this is true."

We love Chrissy Teigen and John Legend. That's nothing new.

But today, we might love the couple a little more.

On Tuesday, Teigen uploaded a photo to Instagram of herself wearing a black bra, high-waisted underwear and socks while cuddling their dog Petey. She captioned the snap, "f**k it!"

And her husband, John Legend commented on it.

The hilarious couple have been together 14 years and share two children, Luna and Miles.

Can we please have what they have?

5. Where are they now? The lesser-known cast members of Love Actually, 17 years later.

In the past 17 years, the annual re-watching of Love Actually has become a sacred Christmas tradition.

Every year, we watch Hugh Grant dancing through the halls of 10 Downing Street, Andrew Lincoln professing his love to Keira Knightley on her doorstep, and Alan Rickman breaking Emma Thompson's heart.

Since the romantic comedy was released in 2003, many of the film's cast members have gone on to have incredibly illustrious careers.

But what happened to the lesser-known cast members of Love Actually?

From the staffer at 10 Downing Street who caught the attention of the Prime Minister (Hugh Grant) to Jamie's (Colin Firth) love interest, here's where they are now. 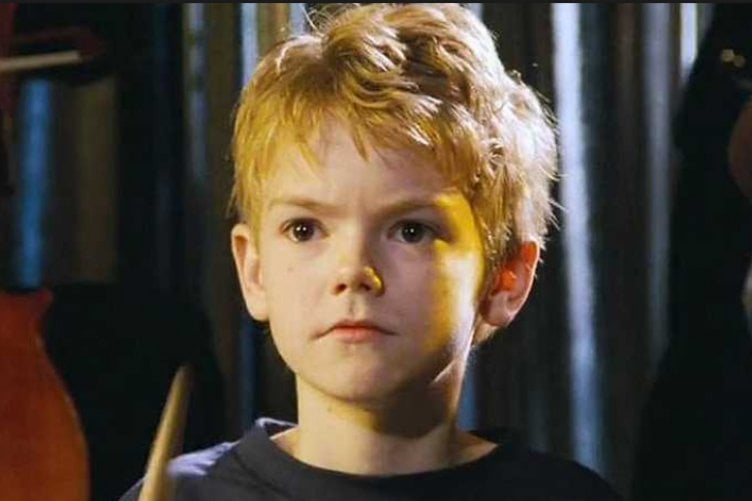 The actor was just 13 years old when the romantic comedy premiered in 2003.

In 2013, a decade after the film premiered, Brodie-Sangster played a 13-year-old once again on Game of Thrones, starring as Jojen Reed.

In more recent years, the 30-year-old has appeared in Star Wars: Episode VII - The Force Awakens, The Maze Runner franchise, and animated series Thunderbirds Are Go and Phineas and Ferb.

In 2020, the world fell in love with him all over again in Netflix's hit series, The Queen's Gambit.

For more on what the lesser-known cast members of Love Actually are doing now, read our earlier post here.

Now watch how celebrities got creative during isolation...