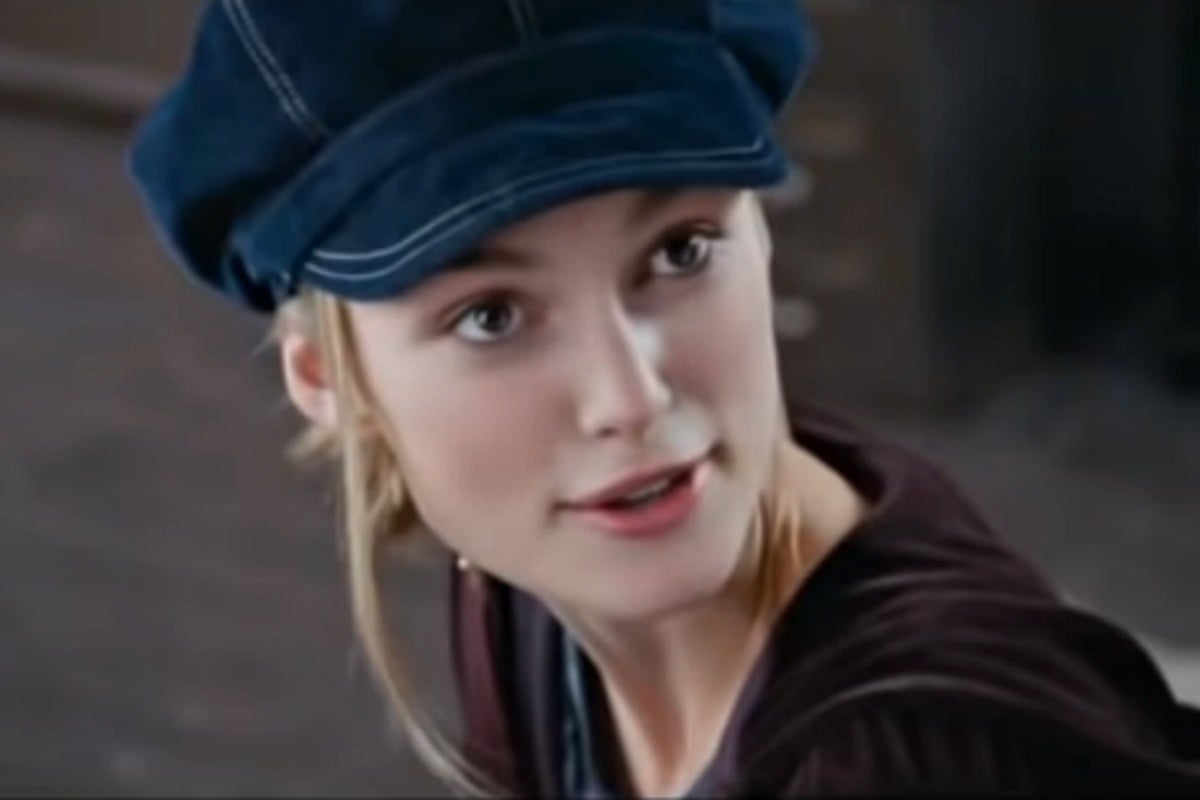 We need to talk about a hat.

A very important hat that starred in a very important film that, much like Mariah Carey’s All I Want For Christmas is You on repeat, we are helpless against the cravings of come December.

Now. There is a lot we took away from the iconic Love Actually scene where Keira Knightley discovers her new husband’s bestie has it bad for her on viewing his wedding footage.

Refresh your memory below:

The following points have stuck with us from the day we first saw/fell in love with the film:

You know – those comically large newsboy hats that make most people look like they have a bizarrely-shaped bobble head, but that a teenage Keira Knightley managed to pull off with aplomb because of course she did?

As it turns out, the hat wasn't actually meant to be in the scene.

It was a last-minute wardrobe addition for Keira's character Julia for one oh-so-relatable reason that may change the way we watch this scene forever.

You see - while Keira Knightly has one of those faces that looks like it's never had a pimple on it, it turns out...it has.

As reported by the NY Post, the actress and mother revealed the blue newsboy cap was to disguise a "massive spot" on her forehead during a BBC Radio 1 interview:

“Do you know why the hat was there? I had a massive spot in the middle of my forehead,” Knightley, 33, explained.

“This is the problem with being 17 and being in films. It was humungous. We had to find a hat to cover it. There was no lighting, there was no makeup that was going to cover it."

And oh, have we been there.

The star continued: “It’s funny how you just remember extreme embarrassment. I remember coming in the morning, being like, ‘Oh wow, I’ve got another head on my head. What are we going to do?’ There’s nothing we can do about this. But there is, because you can always put a hat over it!”

“I was actually very grateful for that hat,” Knightley concluded. “I have a lifetime of gratitude for that hat.”

That hat deserves as Oscar.