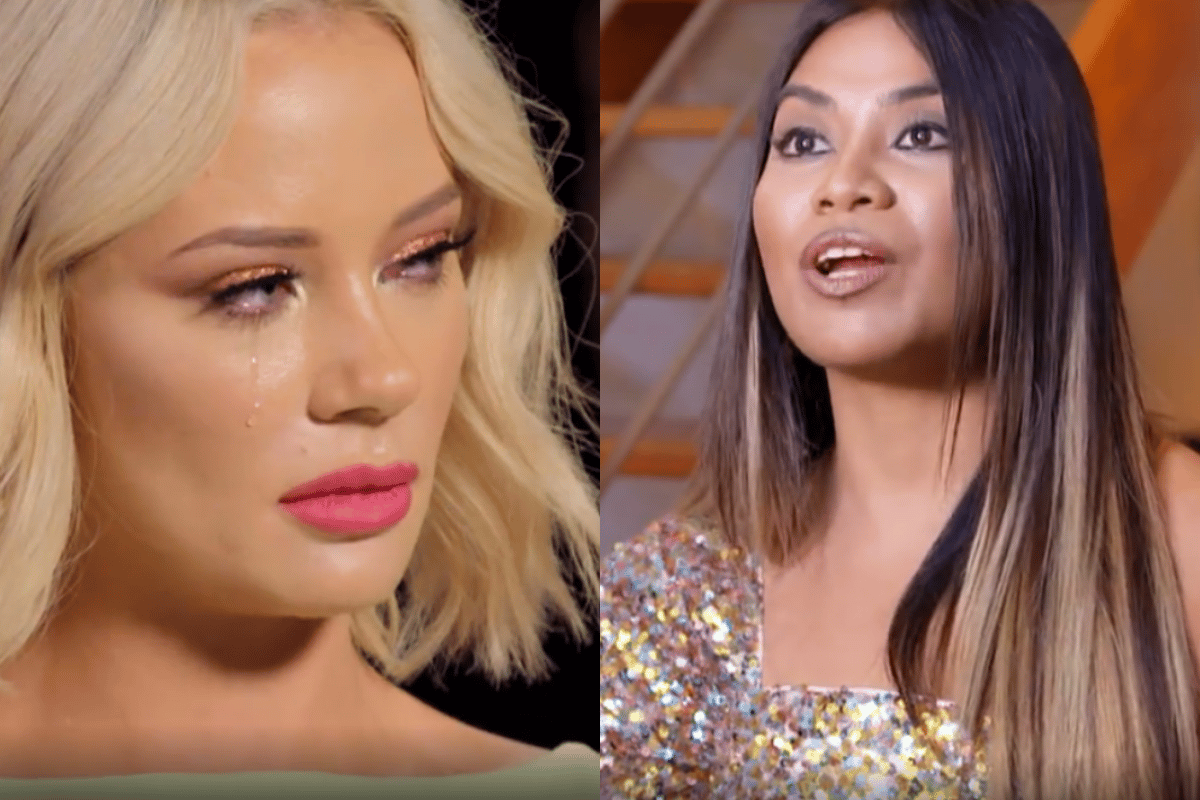 In case you missed it, we're getting an all-star MAFS two-part special next week, which is something no one needed or wanted. But now we know it's happening... we're not mad.

Channel Nine gave us our first look at the reunion when they dropped a trailer earlier this month.

Plus, to remind us that the show has actually had *checks notes*... THREE success stories, some of the remaining couples will join in to show the rest of the cast exactly what MAFS' 6.66 per cent success rate looks like.

"The bitch is back," former contestant Cyrell Paule says as she enters the room in an early trailer for the show.

Now, with the show one week away, Channel Nine have dropped a new trailer, and it looks like we're in for some serious ~drama~.

"What I love about reunions, is you can't hide behind your Instagram," Cyrell says in the new trailer.

The video also shows fellow contestant Jessika Power in tears and a clip of Mike Gunner yelling across the table saying, "You've upset everyone and you know it!"

Watch the latest trailer for the MAFS reunion here. Post continues below.

The reunion will include:

Even though it's still one week away, there is already a lot of drama surrounding the show and its returning cast.

Are we surprised? Absolutely not. So far, some of the biggest drama has been from those not included.

A number of former MAFS stars - who aren't appearing in the 'all-star' reunion - vented their frustrations on social media.

It seems they're not necessarily angry about the fact they weren't invited, but that the TV event is going ahead in the first place.

MAFS has faced a lot of criticism over the years from contestants (and the public) for its focus on drama over relationships and for matching some very incompatible couples.

Sean Donnelly, who was paired with Jo McPharlin in season five, was rather blunt following the reunion news. 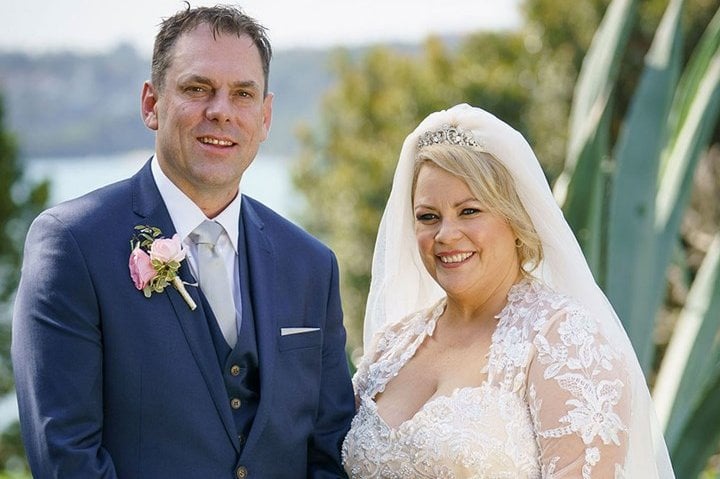 Melissa Lucarelli, who was paired with Dino Hira in season six, disagreed with the concept of the special - which appears to be one big, dramatic dinner party rather than another chance for the contestants to find love. 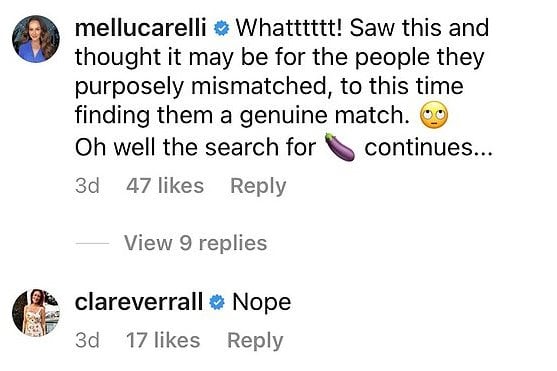 "Whatttttt! Saw this and thought it may be for people they purposely mismatched, to this time finding them a genuine match," she wrote.

Then, in typical Mel style, she ended with: "Oh well the search for [eggplant emoji] continues."

Clare Verrall, from season two, has been very outspoken about the dangers of reality TV and the struggles she felt after her appearance on the show, where she was paired with Jono Pitman.

Clare told Mamamia's daily news podcast The Quicky in 2019 she "spiralled" after MAFS, and spent time in a trauma facility.

Then there's the drama surrounding Nasser Sultan, who will appear in the special. We know for sure because he jumped into my colleague's DMs to let her know. ¯\_(ツ)_/¯

Mike Gunner, who will also appear, responded to a comment on Instagram to say Nasser has insulted several of his friends.

"His comments are very hurtful," Mike wrote. "I look forward to the day I meet him in person."

There's so much going on already, we haven't even had time to think about what will happen when Cyrell Paule and Martha Kalifatidis are asked about their drink pouring, glass throwing antics.

One thing is for sure: This is only the beginning of the drama expected from this absolutely unnecessary reunion show.

The first part of the MAFS reunion will air on Channel Nine at 7pm on Sunday, January 31.

C
chat_all_day_long a year ago

Reply
Upvote
132 upvotes
. . . . Seriously, at least 80% of Australia wants to see what is going on with these MAFS stars. So many of them have become successful in their own right, others are married and have their first child, and others have a child and aren't married. Lol. It doesn't get better than finding out all the goss, especially from MAFS 2017, and 2018.
Jessika Power is absolutely stunning. She's admitted to her mistake and has tried bloody hard to move forward. She's just an inspiration to other woman who got abused and trolled by online Bully's.
Martha and Jessika have more followers than the shows Instagram.
Unfaithful Innes has also come along way, she admitted to her mistakes. Sam has joined the army to improve his character and that's a fantastic thing to do. Cheryl Maitland co-hosted MAFS talk show and has found love. She is a real glamour.
Cyrell barked at everyone, probably still does.
News
General
Opinion
True Crime
Politics
Sport
Explainer
Entertainment
Celebrity
Reality TV
Movies
TV
Books
Rogue
Royal
Lifestyle
Beauty
Fashion
Weddings
Home
Wellness
Health
Fitness
Travel
Food
Parents
Before The Bump
Pregnancy
Baby
Kids
Teens
School
Parent Opinion
Work & Money
Money
Finance
Career
Lady Startup
Relationships
Sex
Dating
Separation
Friendship
Family
Real Life
Couples