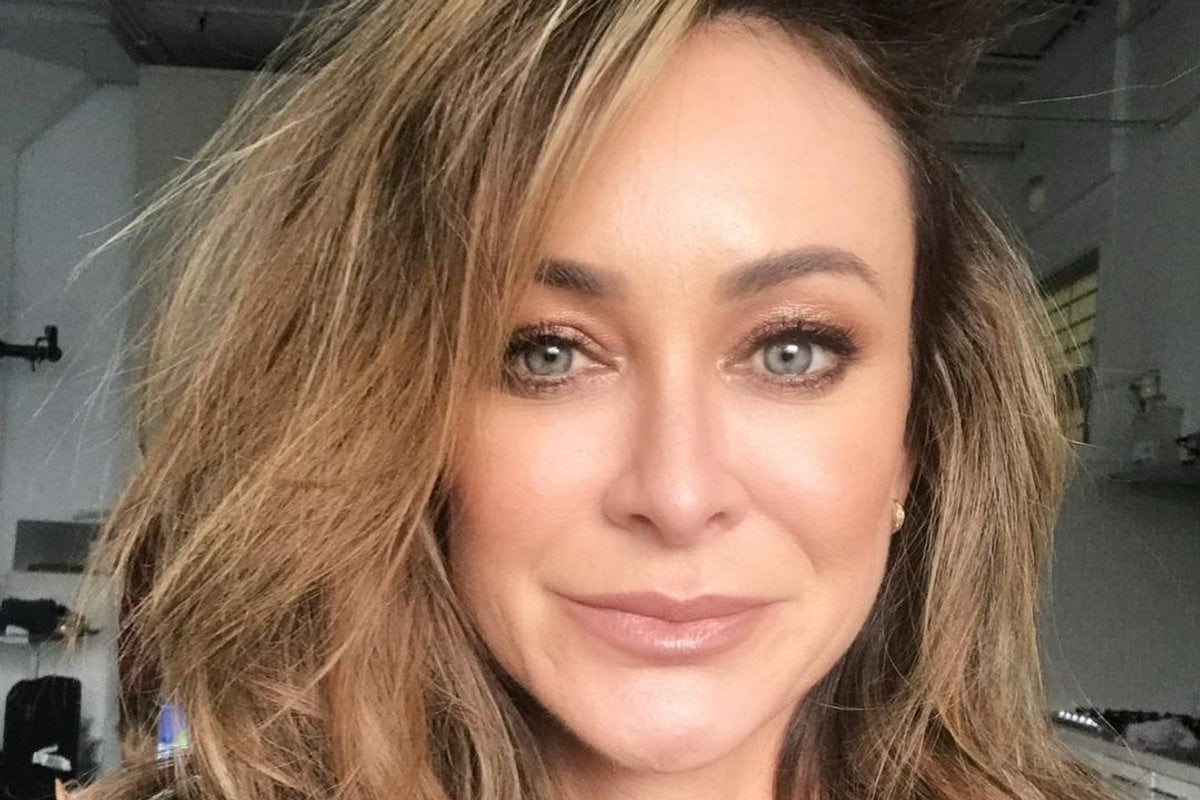 On the morning of January 26 2020, Michelle Bridges and her four-year-old son, Axel, hopped in the car and headed to the beach.

On their drive, the 50-year-old was pulled over for a roadside breath test on Sydney’s New South Head Road in the affluent suburb of Bellevue Hill.

The personal trainer and TV personality returned a blood alcohol reading of 0.086.

As a result, Bridges was handed a three-month driving ban and a $750 fine after pleading guilty in court.

WATCH: Mamamia’s video series, In The Lift, with Michelle Bridges. Post continues below.

After fronting the court, Bridges tearfully faced the media.

“The consequences of these actions will haunt me forever,” she told reporters.

Now, more than a year on from the incident, Bridges has opened up to Good Weekend about the circumstances leading to the drink driving incident, which happened as she struggled with the end of her relationship with her son’s father and fellow celebrity personal trainer, Steve ‘Commando’ Willis.

"I felt very alone," she reflected. "To be honest, it was the hardest time of my life, ever, leading up to what happened. I felt like I was in a fog, and I didn’t know what was happening."

Bridges added: "I was already in a pretty dark place. Then, you know, even more shame and humiliation came with that."

It's not the first time the 50-year-old has been so honest about the “hardest two months” of her life.

“I suppose on the outside looking in, I seemed my happy usual self. But privately I was going through a pretty stressful time on a personal level, coming to terms with my relationship breakdown,” she shared with Stellar two months after the incident.

“I spent the evening [of January 25] with girlfriends who rallied around and do what girlfriends do, lend a shoulder, lend an ear. And with that, we were drinking. I’m not proud of that, but that’s really the case, and that was my night beforehand.”

After giving a positive alcohol reading roadside on January 26, Bridges told police she had drunk a glass of wine and four vodka sodas from 8pm the previous night.

Following her arrest, Bridges shared an explanation for her behaviour, telling The Daily Telegraph her years-long relationship with Willis had ended.

"This behaviour is inexcusable, and I am absolutely devastated and embarrassed to find myself in this position," she said at the time.

"It has been a very difficult time for me the last few weeks dealing with the break-up of my long-term relationship. This is by no means an excuse for my behaviour but I feel the emotional turmoil I have been going through has impacted my decision making. I am extremely sorry for my actions." Speaking to Stellar, Bridges opened up more about the impact of the couple's relationship breakdown on her life.

"Well, break-ups and separations are tough; they’re challenging at the best of times. No one really knows what goes on behind closed doors and no one will, nor should they. We’re two people who are going through a relationship break-up that sets about its own set of challenges for us, individually and for us as a duo going through a separation," she said.

"And I’m now trying to navigate a new life for myself going forward. Yeah, it feels different, it feels strange, and, yep, there are moments that I look around and think 'Can I do this?' But then I see so many incredible women and men who do it solo and I think, 'Of course I can.'"

"It's been confronting – not just for me but for my family and extended family," Bridges shared.

"But I understand – I say that genuinely – it's part of my job," she added.

In late February 2020, Bridges thanked her friends and fans for their support on Instagram.

The last month has been the toughest time of my life. What I'd like to say is thank you - to my loved ones, my friends, my team, and to all who have reached out to me. I have received so many messages of kindness from both strangers and people I know. The biggest thank you to you all. I know the remorse and guilt won't go away, but I'm determined to keep moving forward, working hard and being thankful for all the good in my life. Mish x

"The last month has been the toughest time of my life. What I’d like to say is thank you – to my loved ones, my friends, my team, and to all who have reached out to me," she wrote.

"I have received so many messages of kindness from both strangers and people I know. The biggest thank you to you all. I know the remorse and guilt won’t go away, but I’m determined to keep moving forward, working hard and being thankful for all the good in my life."

Bridges and Willis met on the set of The Biggest Loser in 2007. At the time, the pair were both in relationships with other people.

After splitting up with their partners, Bridges and Willis began dating in 2013.

"For a long time, making season after season of The Biggest Loser, we were just friends. It was more of a communication connection that drew us together in that sense rather than anything physical," Willis told a 2016 Australian Story episode documenting Bridges’ rise to fame.

“The thing about Michelle that got my attention was her willingness to listen and you could sit for minutes, hours and just talk and she would be like a sounding board.”

In July 2015, the pair shared they were expecting a baby. In December that year, Axel was born.

Axel was Bridges’ first child, and Willis’ fourth. The personal trainer has three children – two daughters, Brianna, 21, and Ella, 13, and a son, Jack, 9 – from his previous marriage.