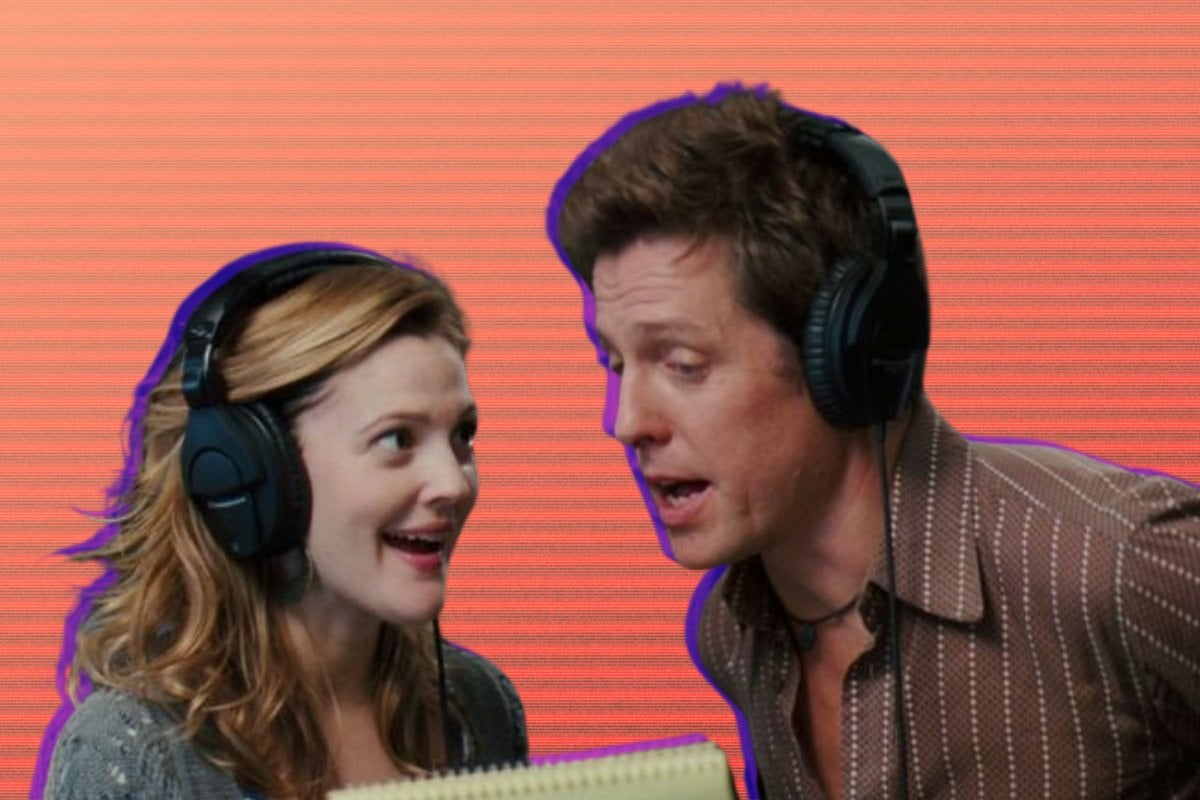 In 1994, Hugh Grant burst onto international screens with one word...

He was a floppy-haired, twenty-something Londoner who was running late to his friend's wedding.

As he ran around his cramped apartment muttering "f*ck", and drove down the freeway in a tiny orange car, yelling "f*ck, f*ckity, f*ck", women around the world fell in love with him.

WATCH: Megan Mullally and Nick Offerman are the definition of couple goals. Post continues below.

In the coming decades Grant, and the movies he appeared in, became the epitome of comfort watching for many women. Watching a Hugh Grant movie felt like catching up with an old friend, or snuggling down to read one of your favourite books on a rainy day.

You knew what you were going to get when you sat down to watch a Hugh Grant rom-com, and you always felt slightly better about yourself, and the world, after you watched it.

After Four Weddings and a Funeral, Grant went on to star in Notting Hill, Nine Months, Mickey Blue Eyes, Two Weeks Notice, About A Boy, Bridget Jones's Diary, Love Actually, Music and Lyrics, Did You Hear About The Morgans and The Rewrite.

At some point, his roles transitioned from slightly awkward, flopped-haired love interest, to aging, sl*tty bachelor learns the errors of his ways, and by the end of his rom-com reign it was difficult to tell whether Grant was playing a character or simply playing himself.

One thing we knew for sure was that Grant had incredible on-screen chemistry with his female co-stars, the likes of which included Julia Roberts, Julianne Moore, Drew Barrymore and Emma Thompson.

Offscreen, however, it was a completely different story.

The now 60-year-old recently told SiriusXM’s The Jess Cagle Show that Renee Zellweger was one of the few actresses he hadn't "fallen out with".

“I love Renee. Uh, she’s one of the few actresses I haven’t fallen out with,” he said. “And, we, we got on very well together and, we still exchange long emails.

"Hers in particular, at least 70 pages each, interesting stuff, but quite hard to decipher. She's a properly good egg and a genius."

After starring in Notting Hill, Grant apparently fell out with Julia Roberts after he spoke about her "big mouth" in the media.

During a 2004 episode of the Oprah Winfrey Show, Grant said Roberts was “very big-mouthed. Literally, physically, she has a very big mouth. When I was kissing her I was aware of a faint echo”. 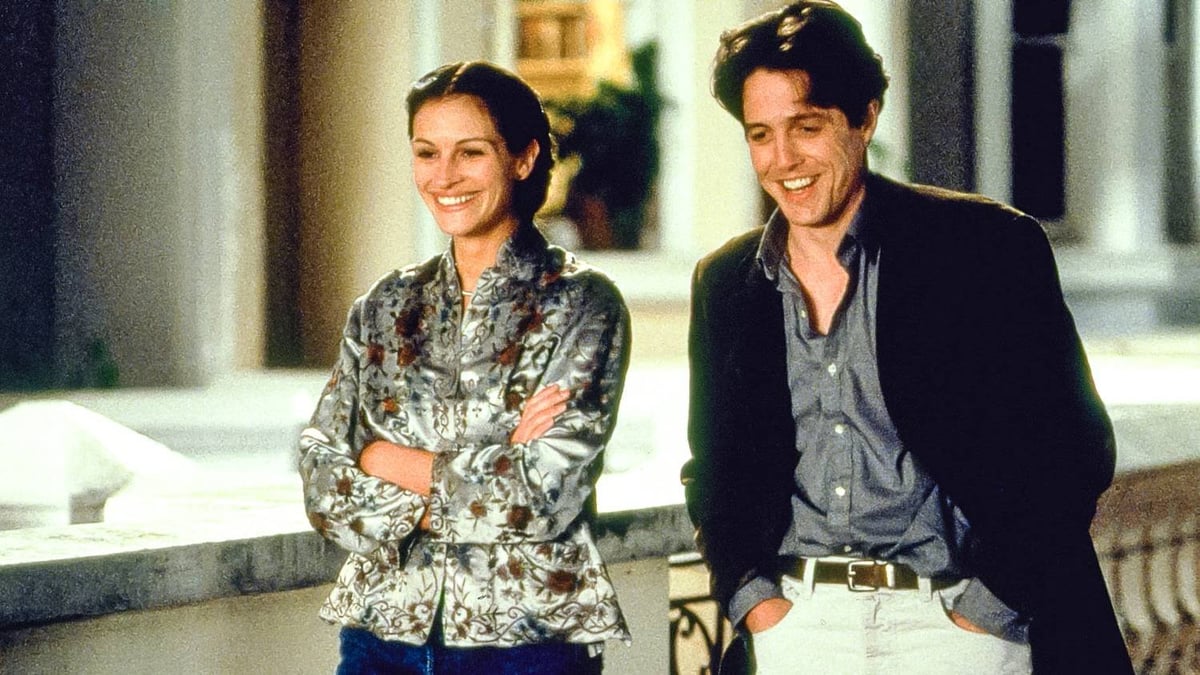 Eleven years later, during an episode of Watch What Happens Live, a fan asked Grant if he was still friends with Roberts.

“I’ve probably made too many jokes about the size of her mouth. She might hate me by now,” he replied.

But probably the most damning evidence of Grant's tense relationships with his female co-stars comes from an interview he did with Elle magazine in 2009.

The interviewer asked Grant to describe his female co-stars in three words and this is how he replied: 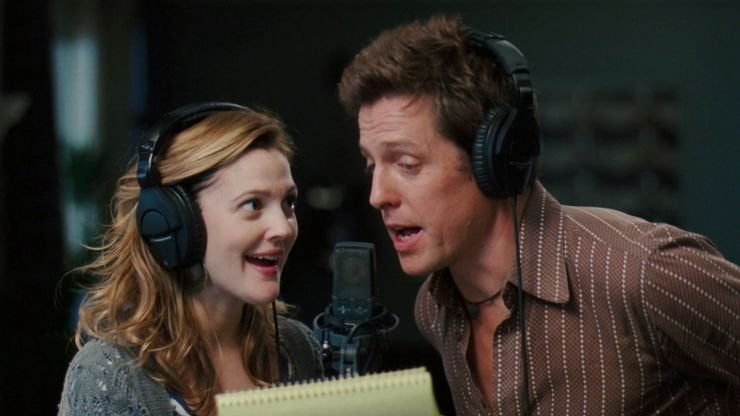 During an appearance on The Graham Norton Show in 2016, Grant was asked to clarify his comments.

"Julianne definitely hates me, Rachel Weisz, I think we got on fine but I don't know why I said that. Maybe I was going for a comedy triple I don't know...[on Drew Barrymore] she made the mistake of giving me notes, which, how would you take that?" he said.

Grant seems to be getting along with his latest co-star, Nicole Kidman. The pair have just finished a publicity tour for their new thriller series, The Undoing.

"[She’s] a gossip, which I love. I can get stuff out of her. You gossip about yourself, which I like. I like all the dirt."

"I feel very comfortable with him and part of what it took for this to work is that this couple has to be very sort of comfortable and happy," Kidman added.

It seems like both Grant, and the characters he plays, may have finally grown up.

You can watch the entire first season of The Undoing on Binge and Foxtel now.

Reply
Upvote
@james b same, I really liked that film! Quite a different role for Hugh too.
J
james b 2 years ago

Reply
Upvote
1 upvotes
@rush I had no idea about that movie before I watched it, and I didn't even realise that was Hugh Grant until about halfway through :)
I've watched it several times now and have thoroughly enjoyed it every time.
F
flyingdale flier 2 years ago