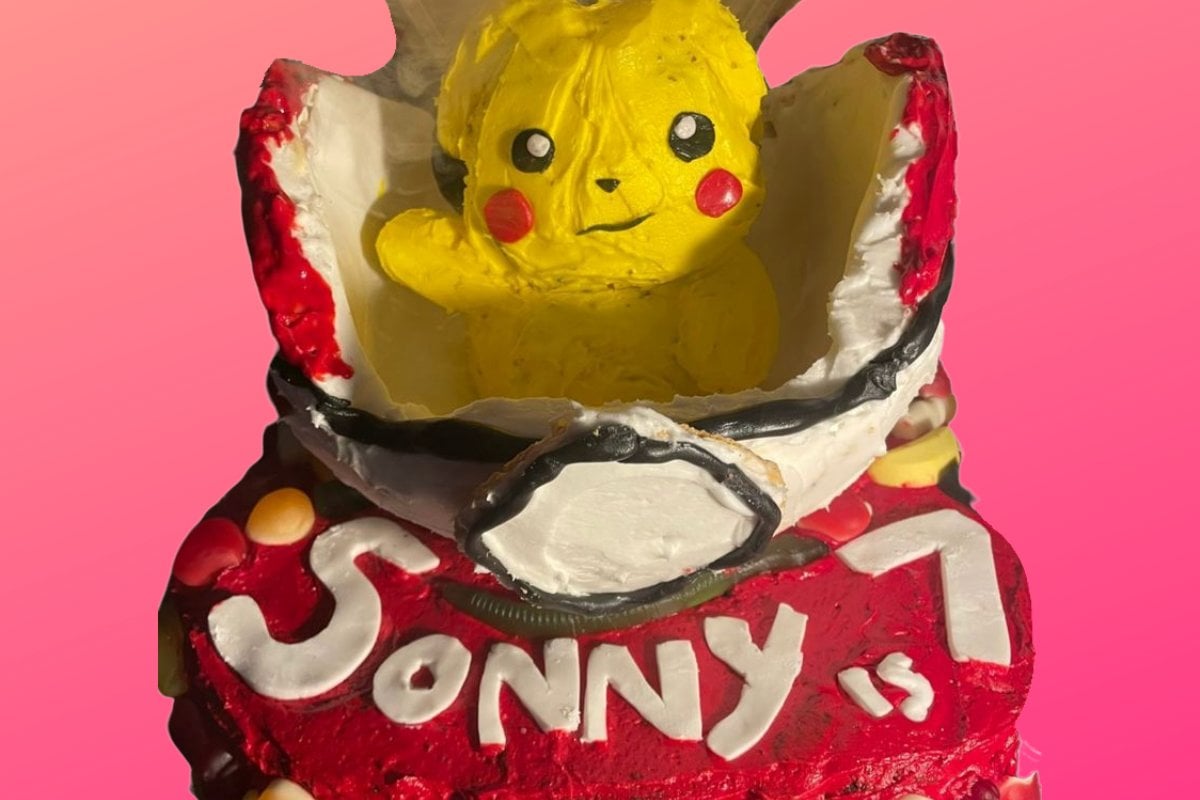 It's become a long-standing tradition in the Blake family household.

Every year, on the night before his children's birthdays, Hamish Blake will stay up to the wee hours of the night to make his kids - seven-year-old Sonny and three-year-old Rudy - the cake of their choice. And he documents the entire process on his Instagram story.

As the years have gone by, the cakes have gotten more and more extravagant. But fuelled by whiskey, Blake somehow manages to pull it off. Every single time.

So to remind you of these masterpieces (and maybe challenge you to try them out for yourself!), here's our definitive ranking of Hamish Blake's best birthday cakes. 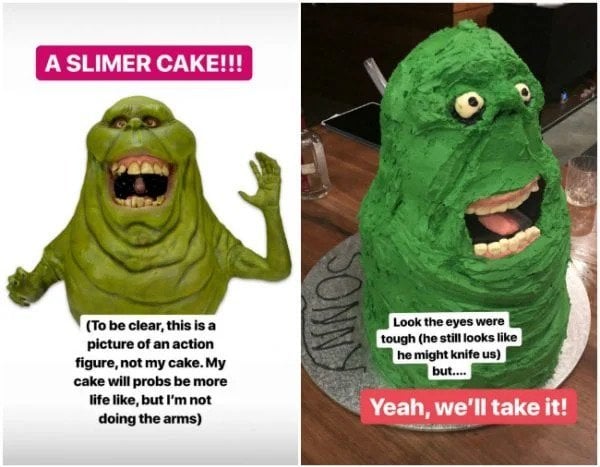 In 2018, Hamish Blake made the creepy-but-funny-looking Slimer from Ghostbusters for Sonny's fourth birthday.

While the cake was six layers, bright green, and a near-identical replica of Slimer, the best part was it spewed green icing slime out of its mouth.

And therefore, it comes in first place. 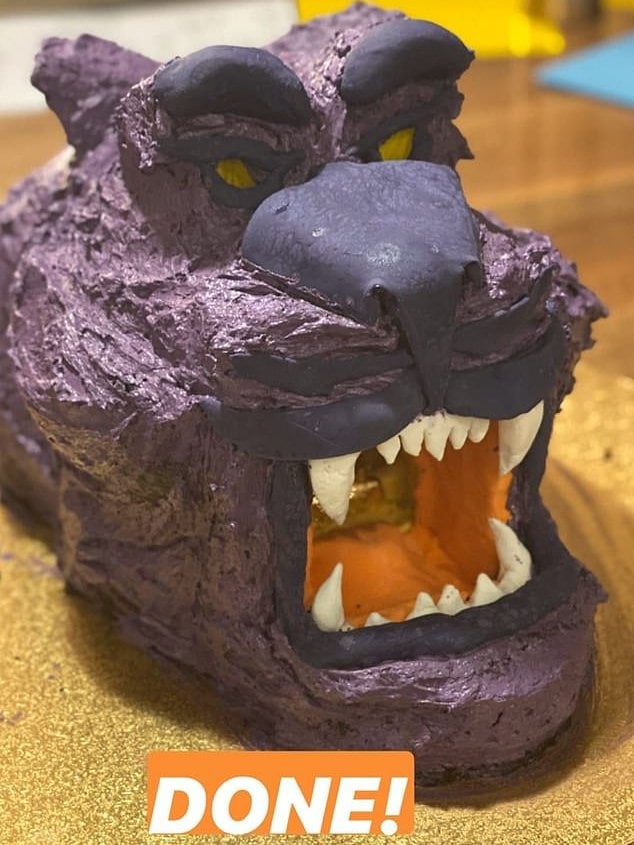 For Sonny's sixth birthday, he requested a Cave Of Wonders cake from the Disney film Aladdin - featuring glowing eyes and a glowing mouth (of course).

The LEGO Masters host started off by using LEGO to build the cave inside the tiger's mouth, which he later wrapped in plastic wrap and masking tape. Finally, he added thick purple icing, facial details, and the all-important glowing eyes and mouth. 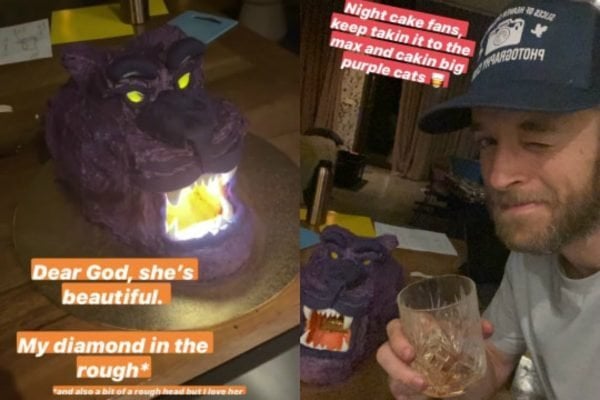 LOOK AT IT. Brilliant. 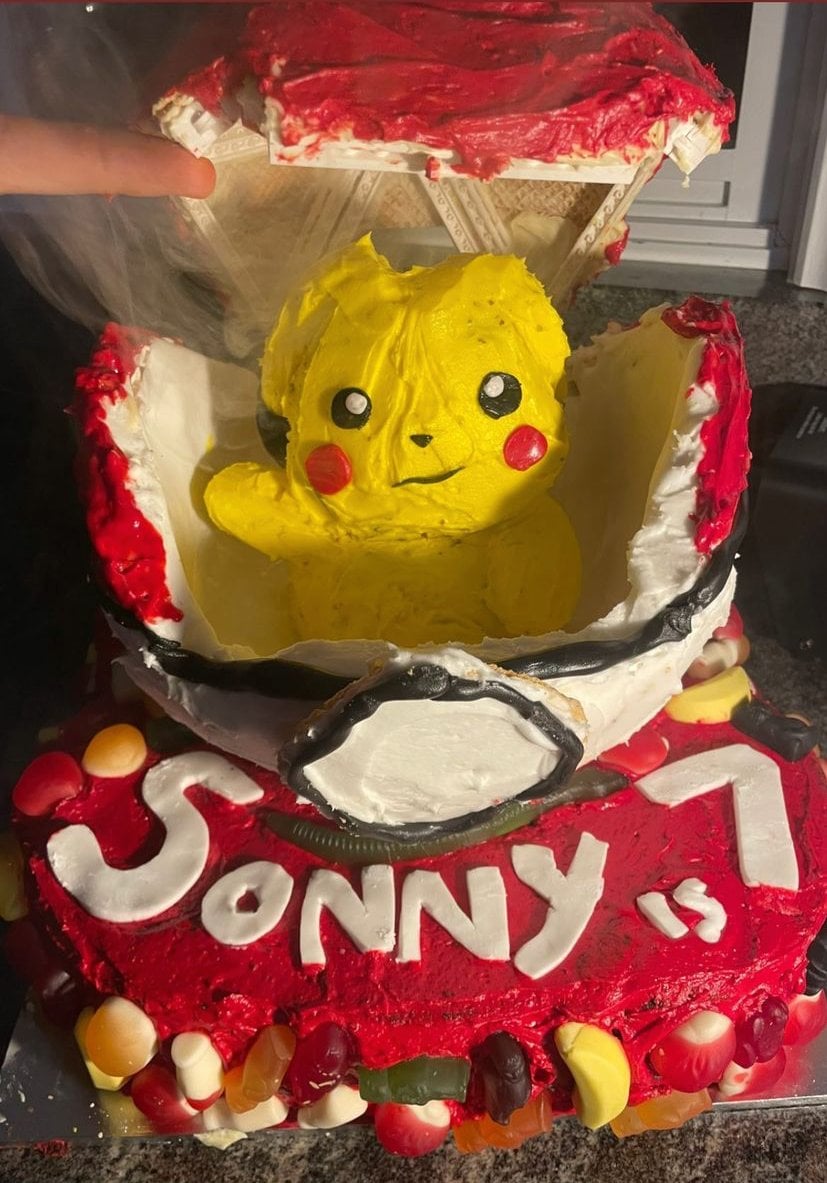 Over the weekend, Blake made his most recent birthday cake for Sonny's seventh birthday. And in our opinion, it was the most complex cake so far.

The cake featured Pikachu (from Pokémon) coming out of a Poke Ball (another thing from Pokémon) with jelly inside and smoke. Plus, when the lid of the Poke Ball opens, Pikachu has his hand up for a high five.

There's a lot going on. 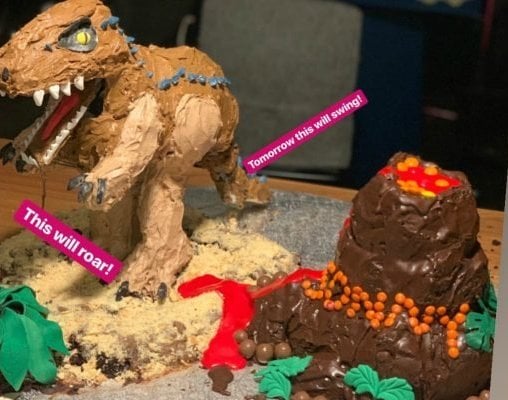 For Sonny's fifth birthday, he was quite prescriptive with his cake demands: It had to be a velociraptor that roared, have a moving tail and it had to be able to open and shut its mouth.

Blake told his Instagram followers that it was by "far the hardest" cake he's had to make to date.

But after six-plus hours, the father-of-two created the velociraptor complete with a trashing dinosaur tail and a volcano for prehistoric context. 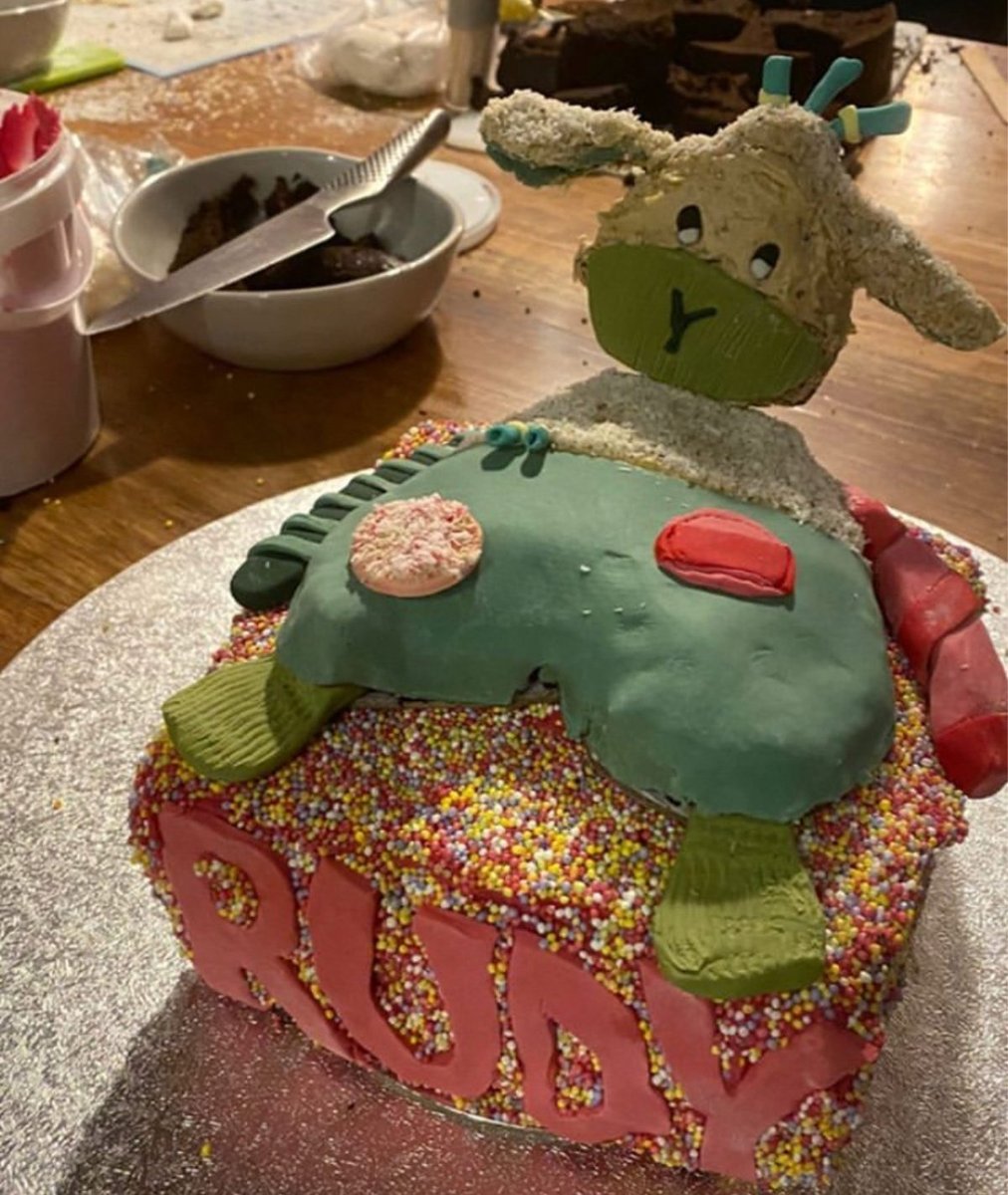 For the week leading up to Rudy's third birthday, she'd been asking her dad to make a unicorn that poops glitter (which Blake was rather excited about).

But at the last minute, Rudy decided she wanted an edible version of her beloved 'Sheepy' made instead.

As usual, Blake stayed up into the wee hours of the morning and created a cake version of Sheepy on top of a pink icing and 100 and 1000s base.

My goodness, it's cute. 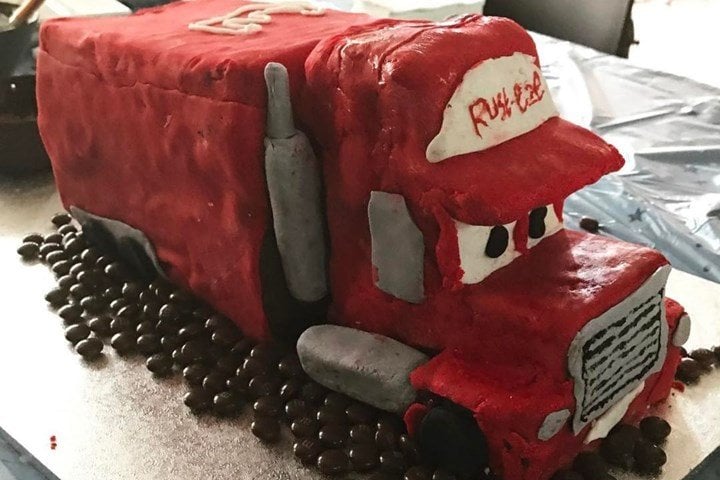 And lastly, Blake's first creation for Sonny's third birthday: the replica of a Mack Truck.

But of course, it wasn't that simple. The truck had to have an edible hinge, so the back door could be opened and closed and turned into a ramp.

We don't know how Hamish Blake continues to pull off these crazy, complex birthday cakes, but every year we're left speechless.

While the next cake (for Rudy's fourth birthday in July) is still a surprise, we know it's going to be another wild creation. And we can't wait to see it.