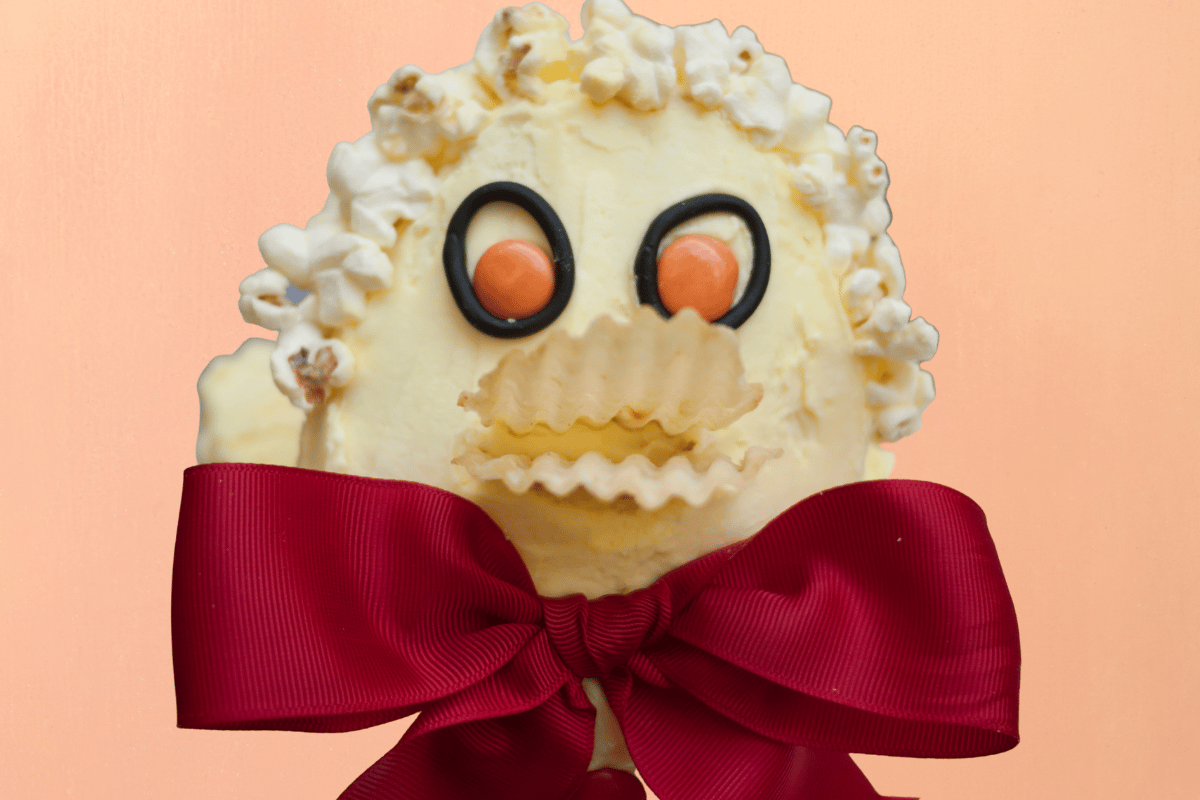 Since then, the iconic recipe book has become a staple in Australian households, ruining the lives of countless parents.

In fact, if you were born in Australia in the '80s or '90s, you'll probably remember some of the, erm, elaborate cakes.

There was the rubber ducky with the crinkle cut chip beak, the ridiculously over-the-top choo-choo train, and the jelly-filled swimming pool cake. It was... a lot.

So, in honour of all the parents who spent hours constructing nightmarish animal cakes and that dreaded tip truck, here's our definitive ranking of the most ridiculous cakes from the Australian Women's Weekly Cake Book.

In our household, choosing a birthday cake from the Australian Women's Weekly Cake Book was a yearly tradition.

Every year, we spent approximately six to eight weeks deliberating over what cake to choose from the tattered, chocolate-smeared recipe book.

And every year, the swimming pool cake was a very hot contender.

It had everything: a tiny paper umbrella, chocolate sticks, radioactive-looking blue jelly, and musks sticks. Oh, and we can't forget the addition of Polly Pocket dolls "swimming" in the jelly.

It was totally chaotic and sugar-filled and we wanted nothing more.

In fact, you basically needed an engineering degree to construct this cake.

This cake involved train tracks, multiple carriages, and rainbow popcorn on a string which was meant to resemble steam.

But to be honest, the end result was so worth it.

A Barbie doll stuck inside a marshmallow-covered cake. What more could you possibly want?

(We have one question though. Where the heck do you stick the candles?)

Candy Castle was definitely one of the more, erm, advanced cakes.

But to a four-year-old child, it's everything.

With a rectangular chocolate cake wall and an eggshell (or loo roll) Humpty Dumpty, it looked simple.

But in the hot Australian summer, Humpty Dumpty would always slide off the wall before it was time to sing Happy Birthday.

Cute? Yes. Practical? Not quite.

From the popcorn-covered head to the crinkle cut beak, who could forget Rubber Ducky?

In fact, this cake was so iconic that it was featured on an episode of Bluey.

It's a fan favourite. But let's be honest, it was an absolute b*tch to make.

In a time when Hot Wheels was everything, the Racing Car Track was the coolest cake. Ever.

Although the cake involved some crafty ramp construction, it was easier than expected to put together. Plus, it was an easy fit if you were turning eight.

Another popular animal cake was the Echidna cake.

Those beady eyes were... terrifying.

The number cakes were a staple at Australian birthday parties. And it's pretty easy to see why.

The Monster was one of those cakes that looked really bloody good with minimal effort.

We give it bonus points for the huge assortment of lollies on top.

As a child, Gary Ghost was terrifying.

In fact, it's important to note that Gary's eyes were made up of literal eggshells in the cookbook. THEY COULD HAVE CHOSE ANYTHING. BUT THEY CHOSE EGGSHELLS.

Besides a slight resemblance to Play School, we're not exactly sure why the Hickory Dickory Watch was so popular.

Yes, the cake featured Smarties. But who wants to eat liquorice Roman numerals or an entire prune resembling a small mouse? No one.

Pamela Clarke, who worked on the cookbook, has previously described the Tip Truck cake as the one cake from the book that no parent should ever attempt.

"Don't make it... unless you're really desperate."

What's your favourite cake from The Australian Women's Weekly Children's Birthday Cake Cookbook? Let us know your thoughts in the comments.

M
mon cheree a year ago

Reply
Upvote
That's my daughter's castle cake! She helped with every single step of baking & decorating. I love that the next generation are enjoying the cakes I grew up with. 🏰🎂❤️
C
cat a year ago

Reply
Upvote
My mother used to hate having to make these cakes so much that I took over when I was about 8. I spent months choosing the perfect one for my and my brother- pretty sure I had the piano, sweet shop, sewing basket and swan lake which haven’t made the list! The train and the dump truck were by far the best though, my brother had both of those.
News
General
Opinion
True Crime
Politics
Sport
Explainer
Entertainment
Celebrity
Reality TV
Movies
TV
Books
Rogue
Royal
Lifestyle
Beauty
Fashion
Weddings
Home
Wellness
Health
Fitness
Travel
Food
Parents
Before The Bump
Pregnancy
Baby
Kids
Teens
School
Parent Opinion
Work & Money
Money
Finance
Career
Lady Startup
Relationships
Sex
Dating
Separation
Friendship
Family
Real Life
Couples