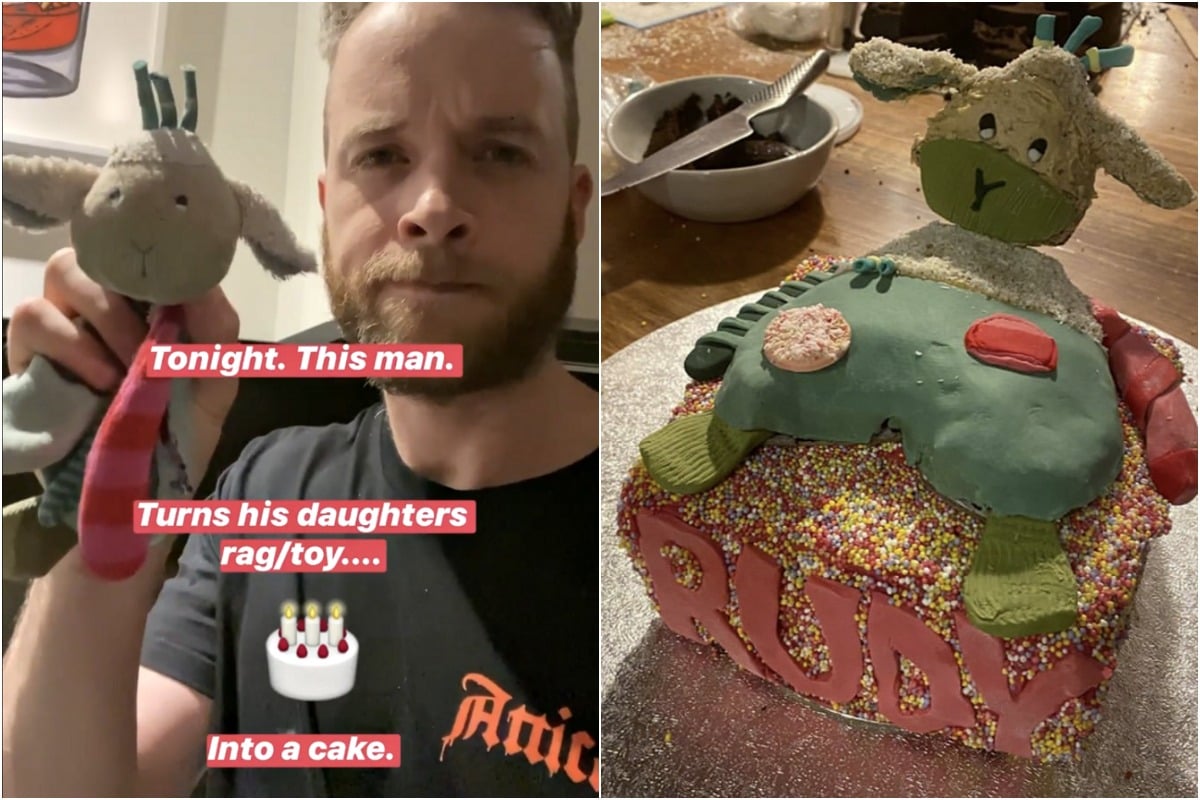 A long-standing tradition in the Blake family household is that on their children's birthday, Hamish Blake will make them a cake of their choice.

Previously, their kids Rudy and Sonny have asked for things like a moving velociraptor, Ghostbuster's Slimer and even Aladdin. And each time, Hamish has bloody nailed it.

Side note... here are all the things you most likely say while watching MasterChef. Post continues below.

For the past week, Hamish and Zoe's daughter Rudy, who will be turning three, has been asking for her dad to make a unicorn that poops glitter. And boy, was Hamish excited.

But at the last minute Rudy decided she wanted an edible version of her beloved 'Sheepy' made instead.

So, last night Hamish stayed up until 3am and attempted to do just that.

Here's how it went. 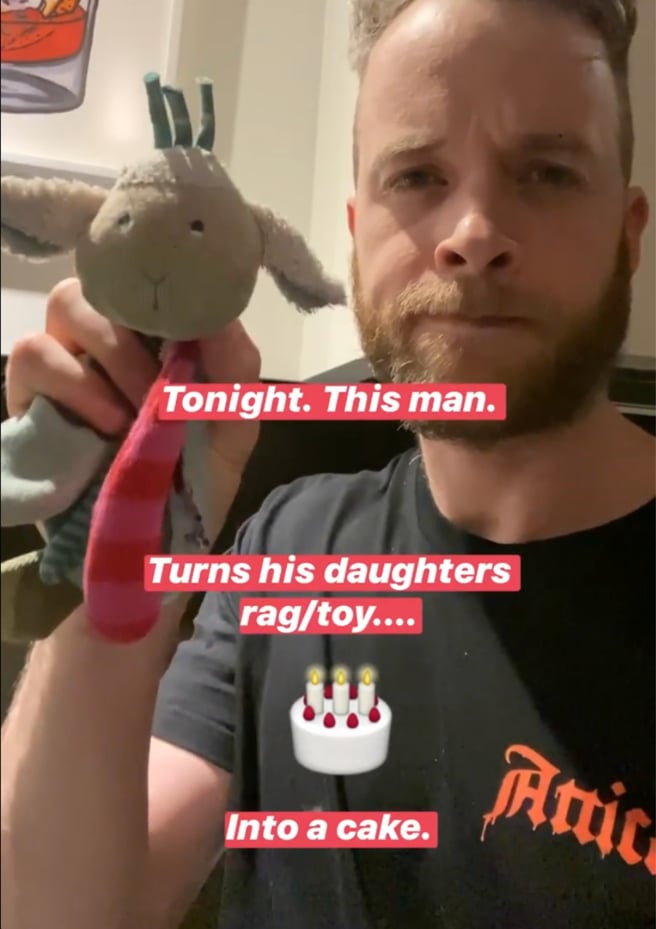 Every year not only does Hamish bring out the big guns (copious amounts of alcohol) to create his children's birthday cake but he also documents the entire process on his Instagram, so that us, his one million followers can watch him along the way.

And on Thursday night, he did not disappoint.

First up, Hamish started with the base of the cake — covering it with pink icing and 100 and 1000s. 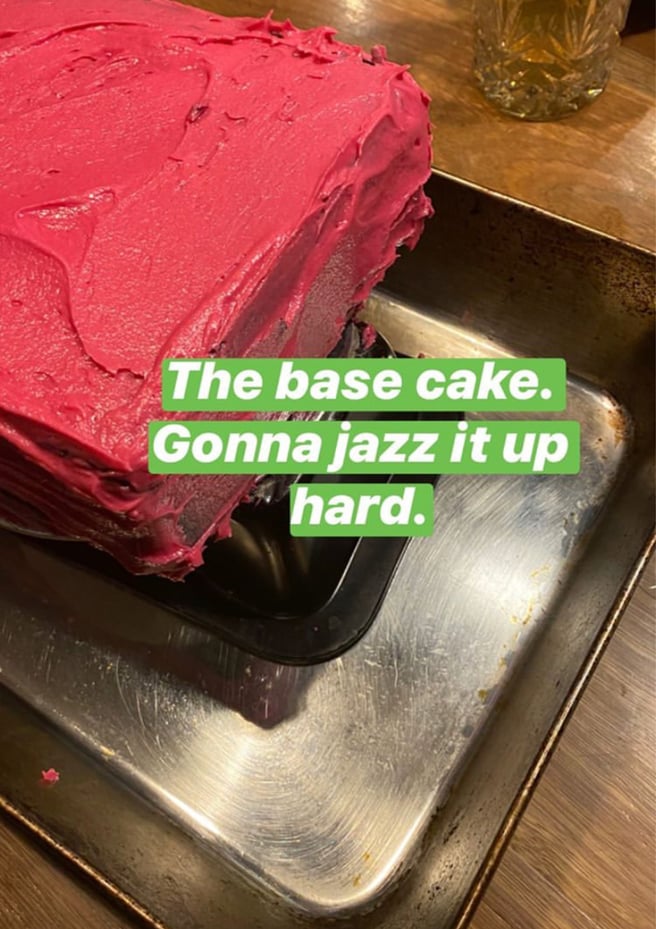 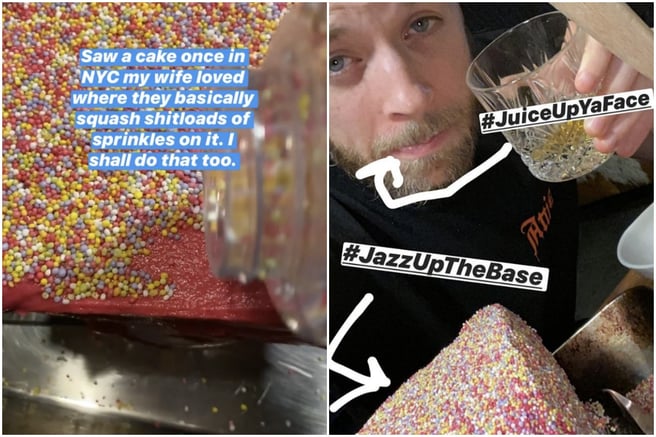 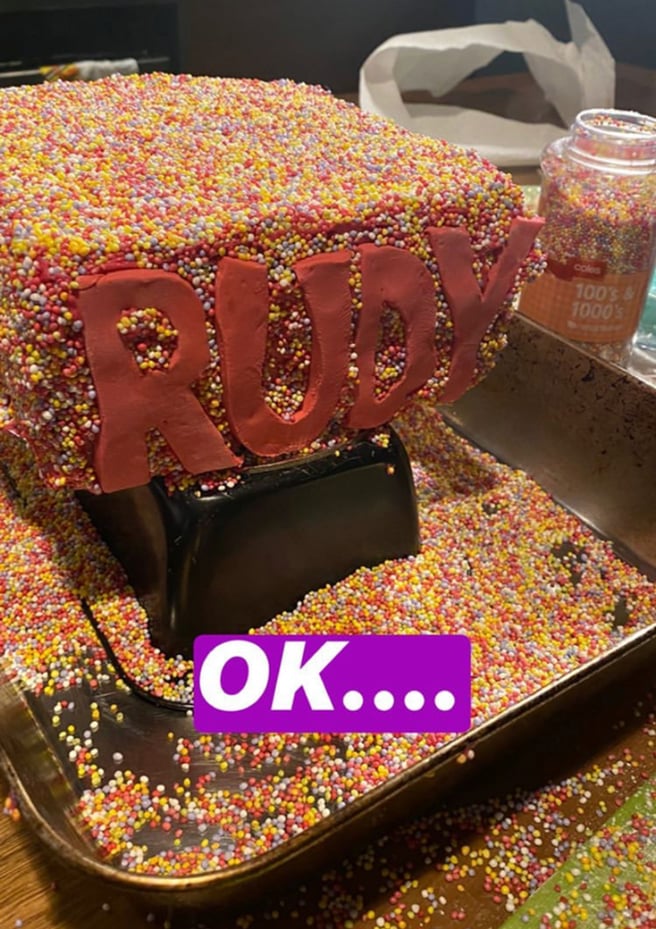 Next, it was time to start on Sheepy. 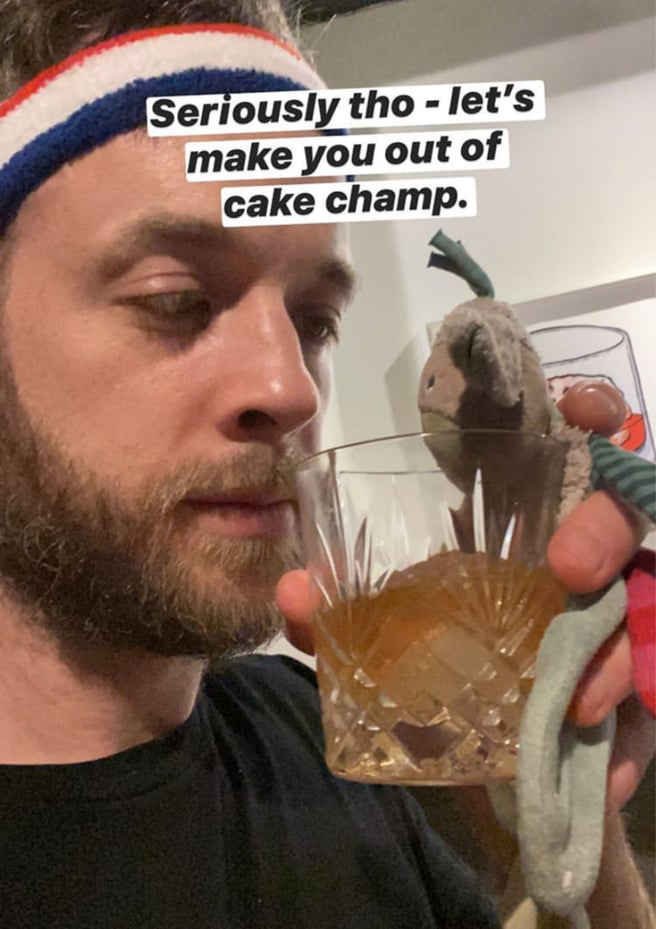 Now, not only does alcohol come in handy to drink during the cake making process, but the bottles are a perfect rolling pin replacement. Campari in particular, worked a treat when creating the body of Sheepy. 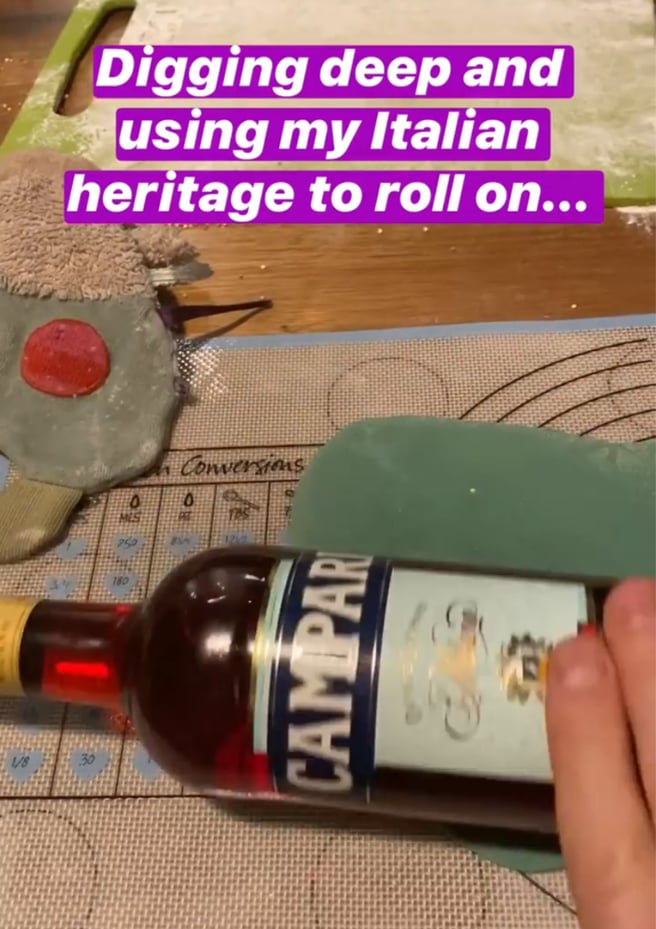 Side note... Hamish explained to us why a drill was needed for the creation of the cake. And well, it makes total sense. 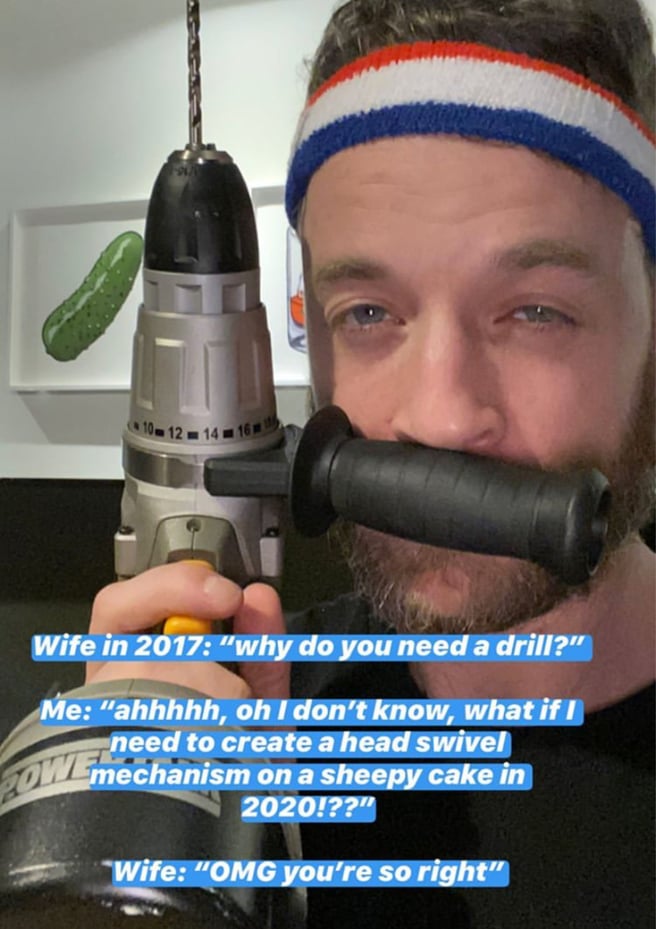 Next, it was onto decorating the body of Sheepy. 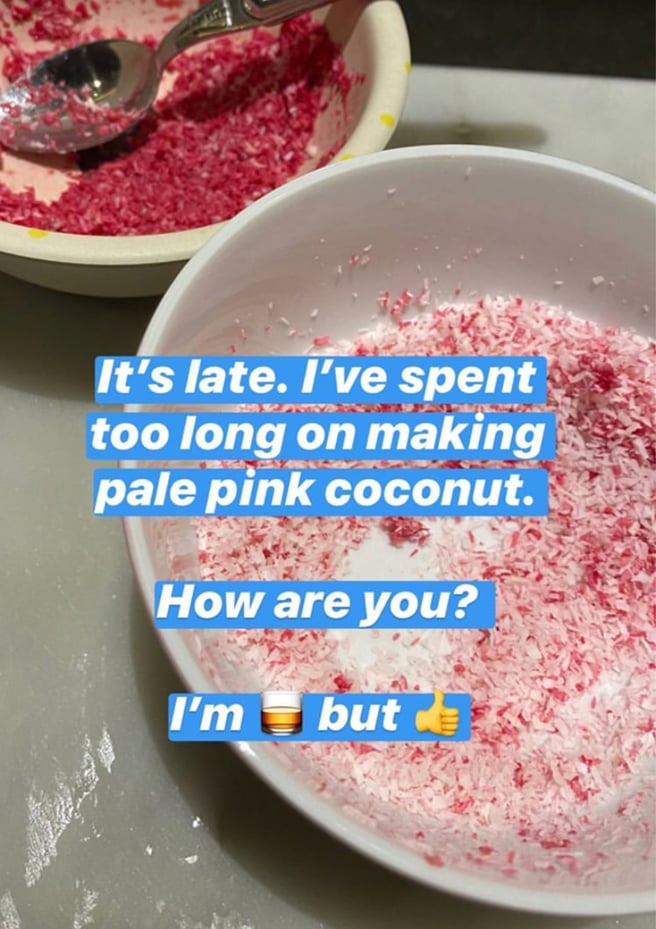 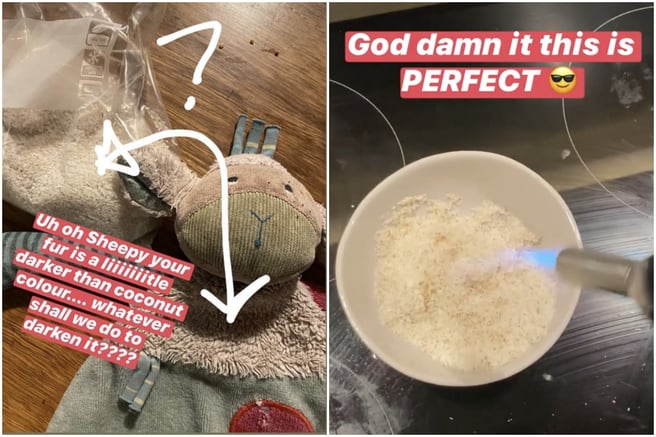 Which honestly turned out pretty bang on. 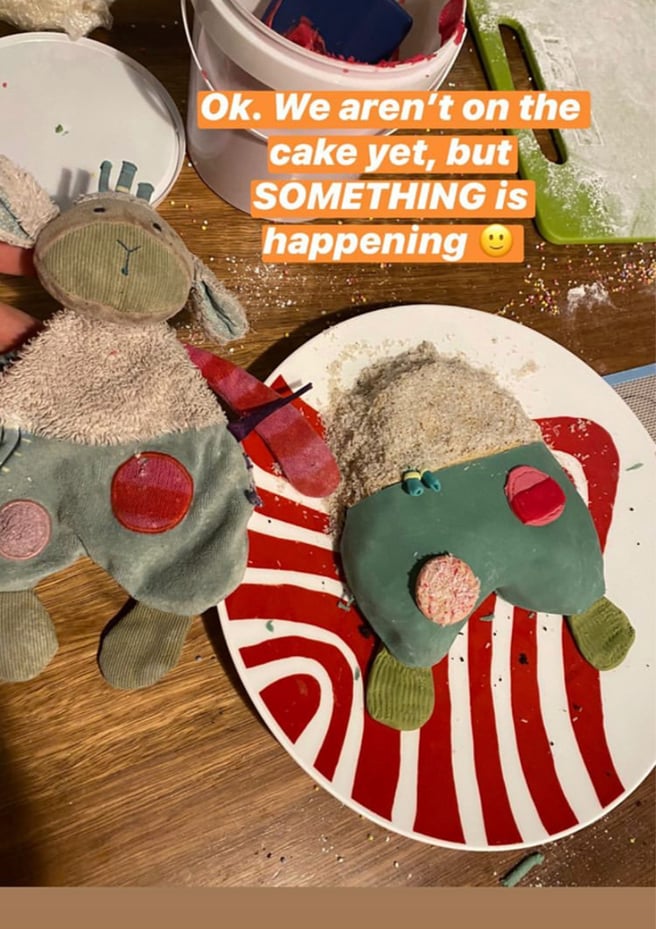 But when it came to making Sheepy's head... there were problems. 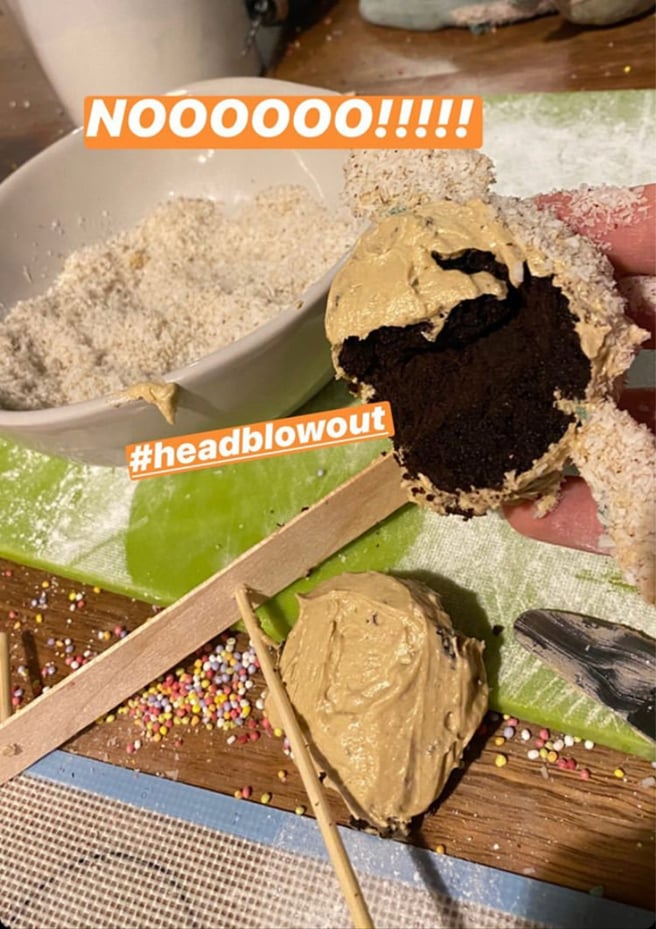 Thankfully, they were quickly solved. 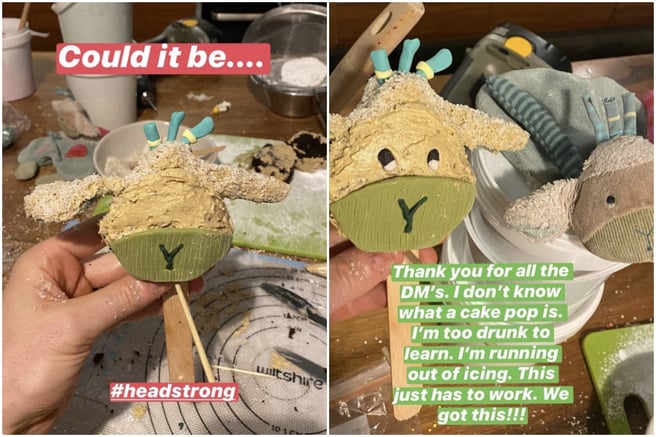 There you have it: Rudy's Sheepy. 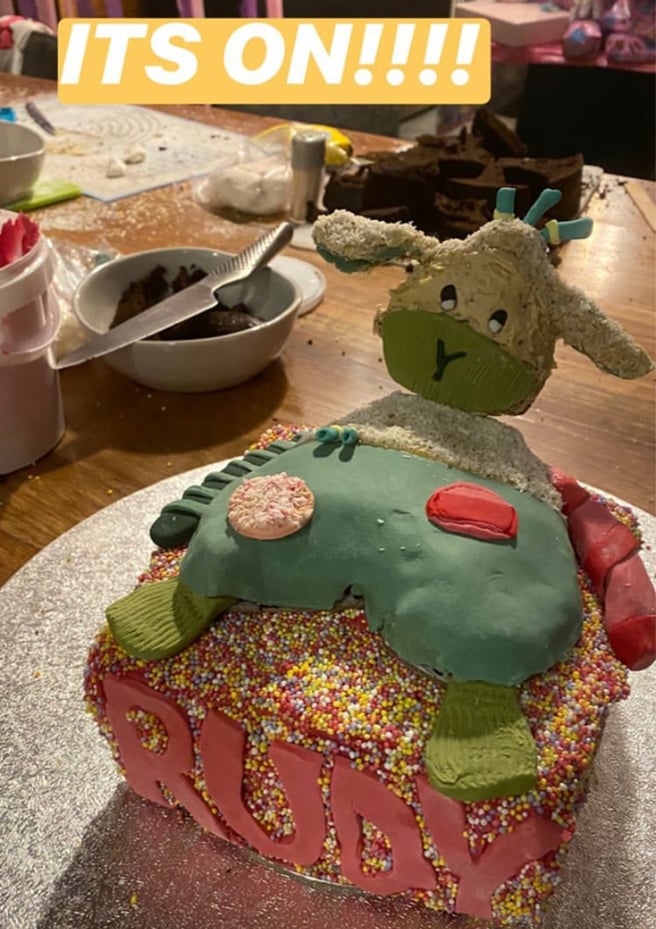 Honestly, we do not understand how Hamish manages to get it spot on every single time, but man, he does. We cannot wait to see what random request Rudy and Sonny have next year.