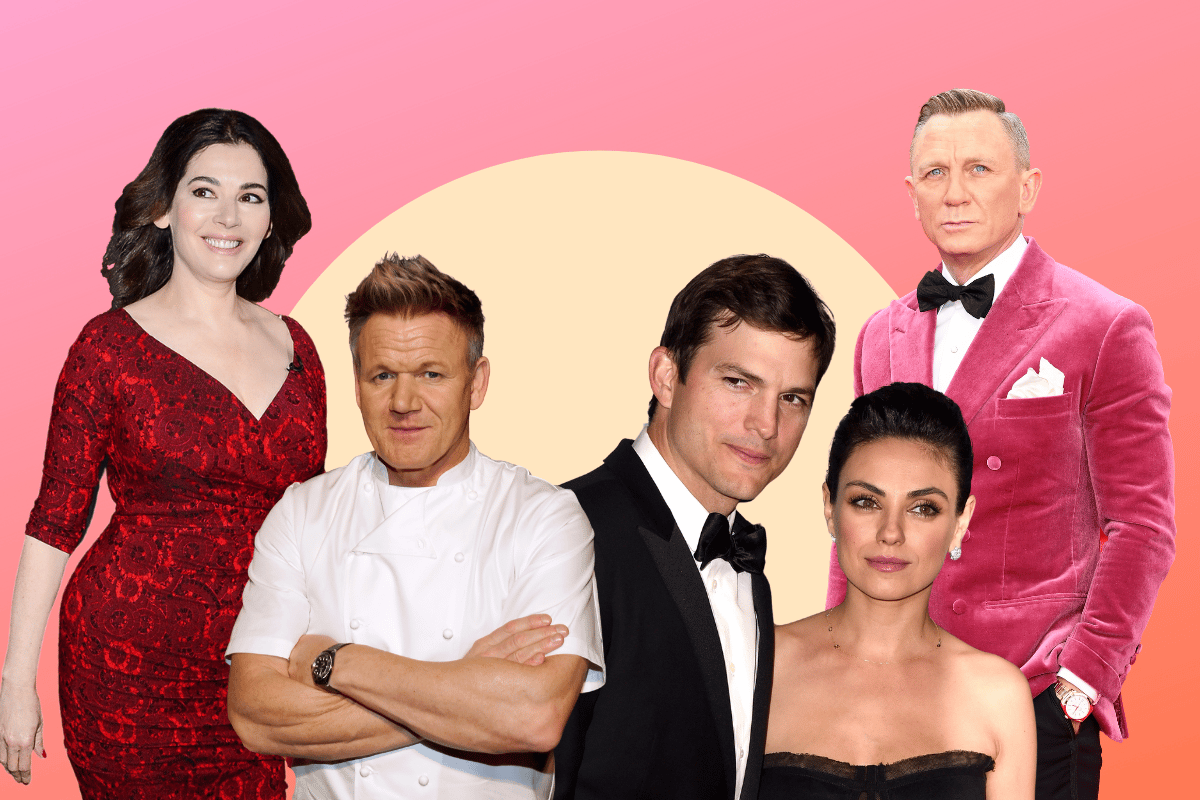 Given the sheer amount of wealth celebrities have, it’s surprising that some are choosing not to share a single penny with their children.

As the one and only Hugh Grant says: “I see nothing but f**kups among my trust fund friends. There are few things in life I believe in 100 per cent, but one is not giving your children money.”

He’s not alone in that thought.

Watch: The five money lessons your parents told you, that you should probably forget… Post continues after video.

Read on to discover why these celebs are giving away their kid’s inheritance or spending it on themselves.

How to butter bread? Ask Nigella.

How to pronounce microwave? Ask Nigella.

Wondering whether you should leave money to your kids? Also, ask Nigella.

I can’t believe I am tweeting this.

Aussies have an undeniable love affair with the British cook, best known for her passionate take on describing food, her award-winning cookbooks and for being a domestic goddess.

Given her immense fortune, and the fact Lawson herself knows a thing or two about a privileged upbringing, (her father was a British conservative chancellor) it’s surprising to hear that she’s not keen on continuing the tradition.

"I am determined that my children should have no financial security. It ruins people not having to earn money,” she told My Weekly. 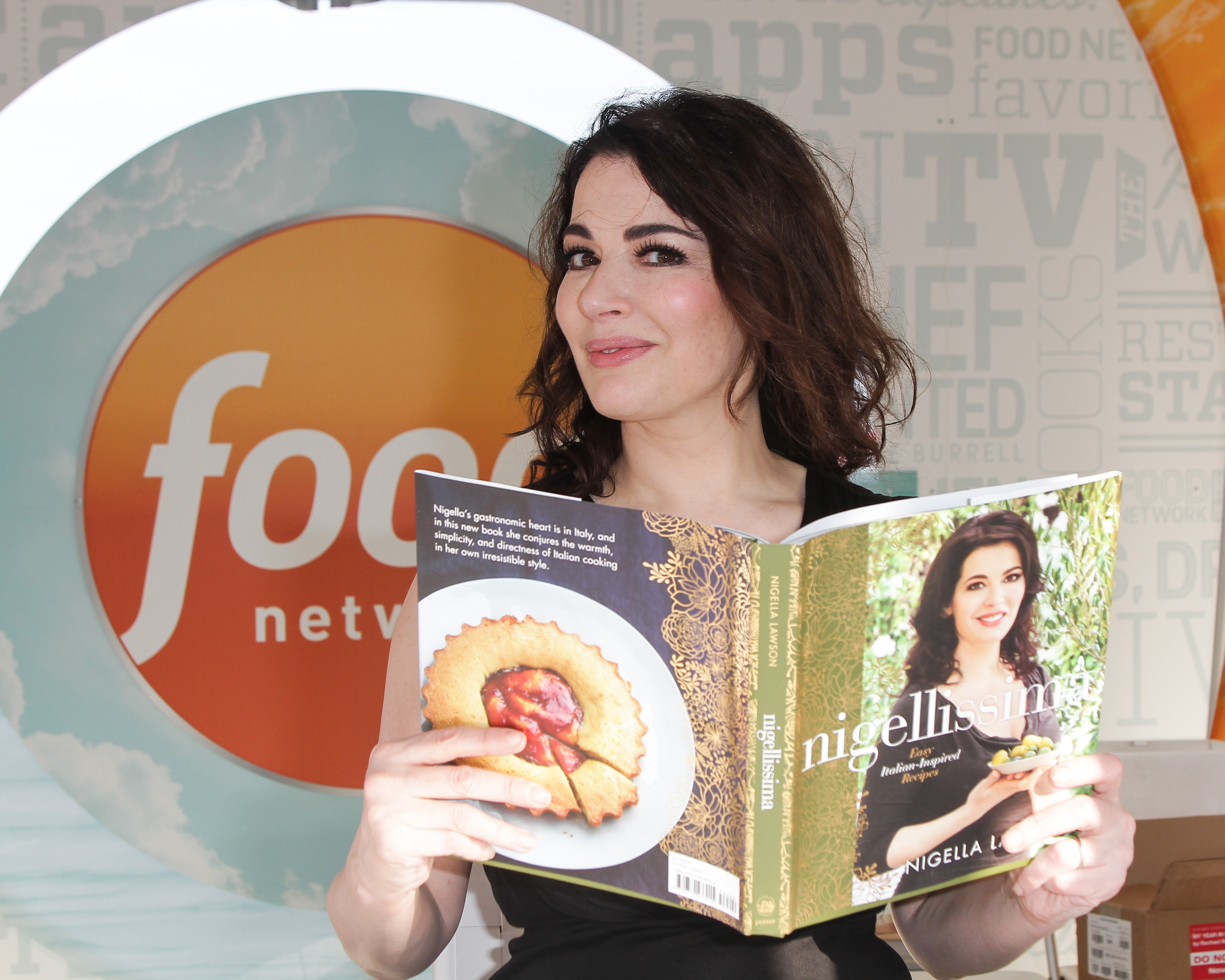 We just had to lead with that quote from Sting, because it’s iconic.

The ‘Every Breath You Take’ and ‘Roxanne’ singer has been living life to the fullest, and that means his kids can say farewell to a chance at inheriting his money.

“I told them there won’t be much money left because we are spending it!” Sting told the Daily Mail in 2014.

“I certainly don’t want to leave them trust funds that are albatrosses around their necks. They have to work. All my kids know that and they rarely ask me for anything, which I really respect and appreciate.”

Kunis and Kutcher met each other on the 1998 TV series That 70s Show while playing an on-screen couple. While they weren't dating IRL back then, six years after the show wrapped the two became an official couple.

Mila Kunis and Ashton Kutcher are notoriously private about their relationship and family, but recently shared a fair bit via Dax Shepard’s  Armchair Expert podcast.

With two young kids, the couple have not only decided that bathing is optional, but also have no plans of passing down their immense fortune.

“My kids are living a really privileged life, and they don't even know it. I'm not setting up a trust for them. We'll end up giving our money away to charity and to various things,” Kutcher explained.

Kunis shared a similar sentiment in an Entertainment Tonight interview, noting that Christmas gifts aren’t a major thing in their household.

"So far, our tradition is no presents for the kids.”

“They don't even know what they're expecting; they're just expecting stuff.”

The Facebook founder became a billionaire before 32, and like Kylie Jenner, he is known as one of the world’s youngest ‘self-made’ billionaires.

Considering his bank balance is booming, Mark Zuckerberg leads a relatively simple life for a billionaire. He often drives a Honda, wears a standard grey T-shirt pretty much every day and is regularly seen shopping at Costco.

In a letter addressed to their daughter Max (which, of course, was posted on Facebook), Zuckerberg and wife Priscilla Chan basically told the world that trust funds aren’t their thing.

“For your generation to live in a better world, there is so much more our generation can do. Your mother and I are committing to spend our lives doing our small part to help solve these challenges. We will give [away] 99 per cent of our Facebook shares – currently about $45 billion – during our lives to advance this mission. Max, we love you and feel a great responsibility to leave the world a better place for you and all children.”

Luckily for Max, one per cent of Zuckerberg’s Facebook shares will still be a good leg up!

With countless TV shows and appearances, an A-list reputation in the hospitality industry and some pumping restaurant ventures, it’s clear Gordon Ramsay has made a bit of coin.

It’s an incredible feat considering Ramsay himself grew up with little money. With strong working-class roots, it makes sense why Ramsay and his wife Tana are adamant that their kids shouldn’t be spoilt.

“[My money is] definitely not going to them, and that’s not in a mean way; it’s to not spoil them,” he told The Telegraph. “I’ve never been really turned on about the money and that’s reflected in the way the kids are brought up.”

He also revealed to The Telegraph that the children never fly first class with him.

“They haven’t worked anywhere near hard enough to afford that. At that age, at that size, you’re telling me they need to sit in first class? No, they do not.”

“[When on the plane] I turn left with Tana and they [the kids] turn right and I say to the chief stewardess, ‘make sure those little f**kers don’t come anywhere near us, I want to sleep on this plane.' I’ve been super lucky, having that career for the last 15 years. Seriously, it has earned a fortune and I’ve been very lucky, so I respect everything I’ve got.”

And it appears that the Ramsay kids have heard dad’s message loud and clear.

The youngest daughter, Matilda “Tilly” Ramsay is showcasing her talent and making a name for herself on Celebrity MasterChef Australia, alongside household names such as Rebecca Gibney, Ian Thorpe and Patrick from Offspring.

Being a cooking whiz obviously runs in the family!

Aussie mining magnate Andrew “Twiggy” Forrest and his wife Nicola made history in 2017 for donating $400 million to a number of charities, making it the largest philanthropic contribution by any living Australian.

A brilliant donation to local social causes and the economy – but a brilliant decrease in bestowed wealth for the magnate’s kids.

According to daughter Sophia Forrest, their second eldest child and a talented actress, she doesn’t mind a bit.

“Inheritance has never really made sense to me,” she told Sunday Life Magazine. “You watch it tear families apart and it baffles me. You’re not entitled to that money, you haven’t earned it, you haven’t worked for it – I don’t see why you think it should be yours. So, we all agreed to give it all away.”

After playing the one and only James Bond in five film instalments, Daniel Craig can definitely afford a few martinis.

Sitting on a whopping multi-million dollar nest egg, Craig and his wife, actress Rachel Weisz, have both had incredibly successful careers. The couple share two kids, as well as additional children from previous relationships. 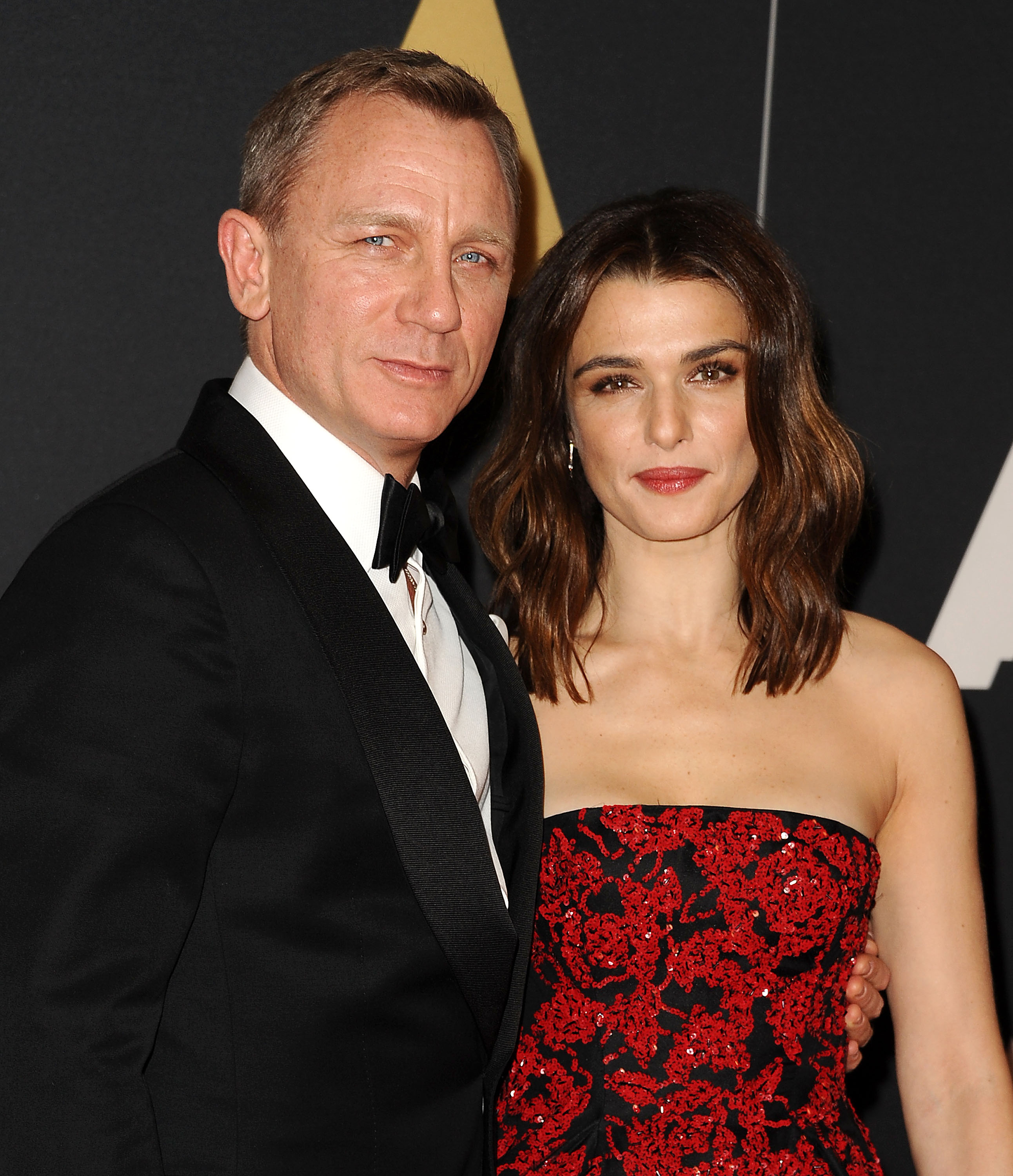 And Craig has let loose that giving away their inheritance to the kids isn’t on the cards.

“I don’t want to leave great sums to the next generation. I think inheritance is quite distasteful,” he told the UK’s Candis Magazine. “My philosophy is get rid of it or give it away before you go.”

Aiming to keep the kids humble, Weisz has also confirmed that she and the hubby have always tried to keep their lives as normal as possible.

“Daniel and I are really similar,” Weisz told The New York Times. “We’re just really crap at talking about our private lives.”

Do you plan on leaving money to your kids? Let us know in the comments below!

Reply
Upvote
Some of these quotes sound like they're just enjoying asserting their authority over their kids.

In any case, the trust fund doesn't really mean anything if you still get the ivy league education, contacts and power.
G
gu3st 3 months ago