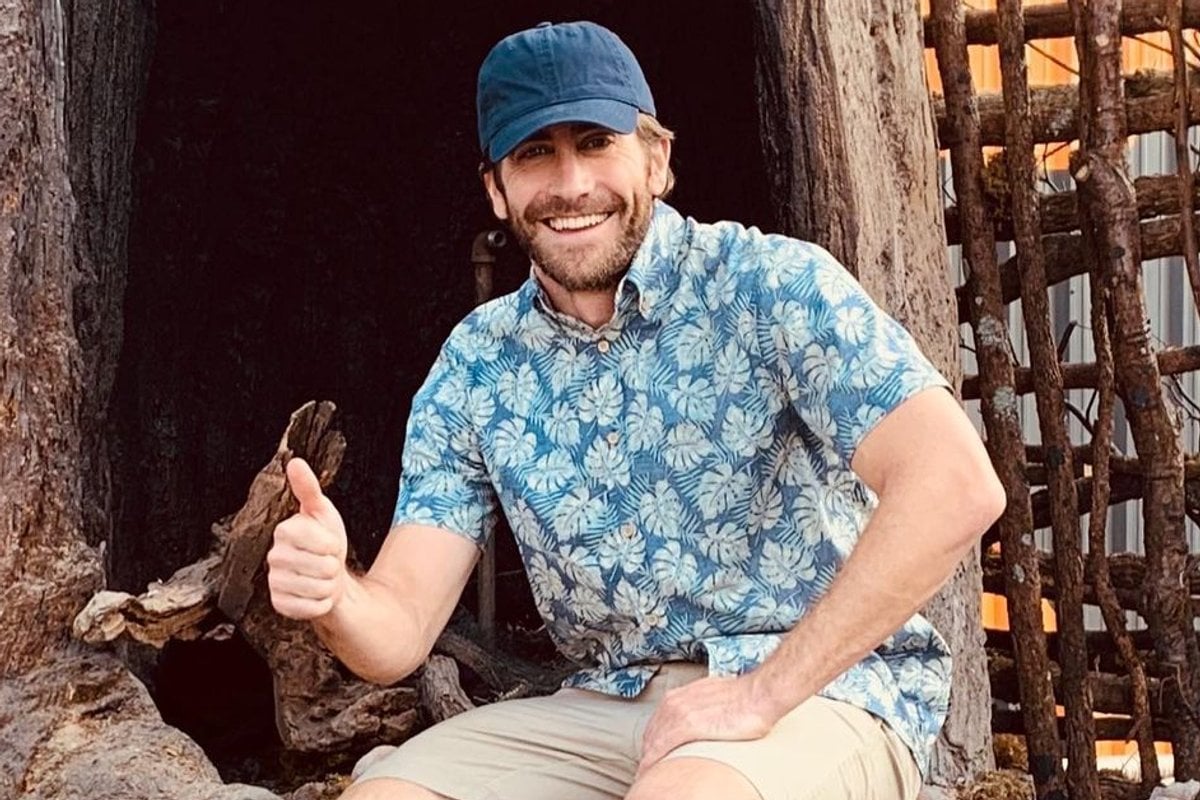 There must be something in the water in Hollywood.

In the past three weeks alone, five very famous celebrities have announced they don't find bathing essential. And we're... confused.

It all started with Mila Kunis and Ashton Kutcher discussing their shower routine on Dax Shepard and Monica Padman's podcast, Armchair Expert.

"I wash my armpits and my crotch daily, and nothing else ever," Kutcher said. "I got a bar of Lever 2000 that delivers every time. Nothing else."

"I do have a tendency to throw some water on my face after a workout to get all the salts out," Kutcher added.

While Kunis said: "I do wash my face twice a day."

The couple added that they don't wash their kids - Wyatt, six, and Dimitri, four - daily.

Kunis shared she "wasn’t that parent that bathed my newborns ever", while Kutcher said: "Now, here's the thing: If you can see the dirt on them, clean them. Otherwise, there's no point."

Then, podcast host Dax Shepard and his wife Kristen Bell shared they, too, don't wash their kids daily.

During an appearance on US talk show The View, the couple agreed with Kutcher and Kunis, sharing that they often forget to remind their kids - Lincoln, eight, and Delta, six - to shower.

"We bathe our children every single night. Prior to bed, it’s like the routine, and then somehow, they just started going to sleep on their own without the routine, and by George, we had to start saying, 'Hey, when’s the last time you bathed them?'" Shepard said.

While Kristen Bell elaborated: "I'm a big fan of waiting for the stink. Once we catch a whiff, that’s biology’s way of letting you know you need to clean it up. There’s a red flag.

"Honestly, it’s just bacteria. Once you get the bacteria, you gotta be like, 'Get in the tub or the shower.' So I don’t hate what they’re doing."

Most recently, Jake Gyllenhaal told Vanity Fair he doesn't feel the need to wash himself every day.

"More and more I find bathing to be less necessary, at times," he said, before setting the record straight on oral hygiene.

"I do believe, because Elvis Costello is wonderful, that good manners and bad breath get you nowhere. So I do [brush my teeth]."

He also explained cutting down his bath time is all to improve the health of his skin.

"I do also think that there's a whole world of not bathing that is also really helpful for skin maintenance, and we naturally clean ourselves," he said.

Now, instead of us rambling on about how wild this all is, Twitter summed it up pretty perfectly for us:

me if i see ashton kutcher, mila kunis, & jake gyllenhaal on the street
pic.twitter.com/F139KZkog6

Tom on the set of Spider-Man with jake gyllenhaal pic.twitter.com/z7P7PdduNc

pov: you’re starring in a film with Ashton Kutcher and Jake Gyllenhaal pic.twitter.com/0Yow6PTJgT

Reply
Upvote
Sorry but I’m with them all the way and am amazed that people think this is a big deal. My two youngest kids (12 and 10) can go days before I think to ask them if they’ve had a shower or bath. (Obviously, brushing their teeth is non-negotiable.) Trust me, I’ve got two teenagers and by the time they’ve reached that stage they can well and truly decide for themselves when they’re dirty and I struggle to get them OUT of the shower, so I’m more than happy to save water where I can.
S
swatters 6 months ago