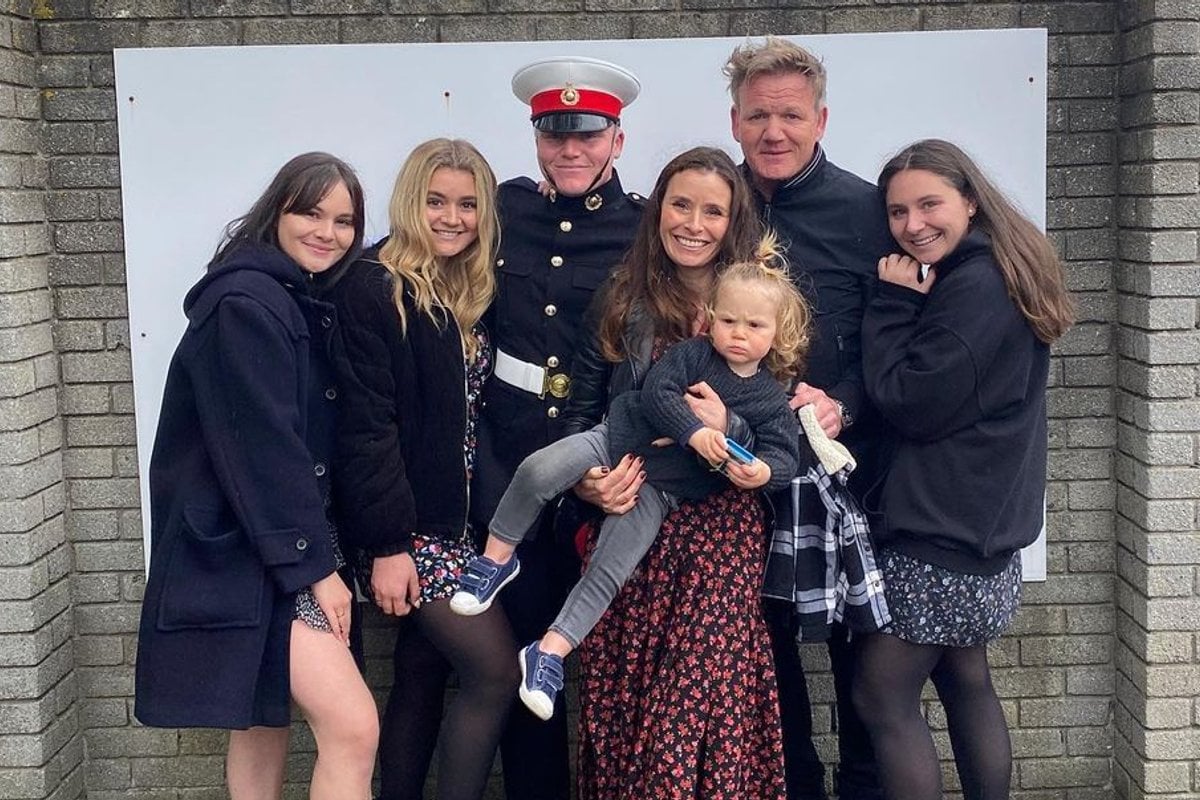 This week, it was announced that Matilda "Tilly" Ramsay, Gordon Ramsay's fourth child, will appear on Celebrity MasterChef, alongside the likes of Rebecca Gibney and Patrick from Offspring to name a few.

"So excited to be invited over to Australia and compete in Celebrity MasterChef 2021!! Challenge accepted," she wrote on Instagram on Thursday.

This will be the first time we'll see one of Gordon Ramsay's kids on Australian television. So ahead of the show, here’s everything we know about the rest of the Ramsay family.

Gordon Ramsay and Tana Ramsay married in 1996 and have been together since. They have five children together.

Tana Ramsay is a TV broadcaster in the UK and also owns a beauty salon in London called All About the Girl.

In May 2016, Gordon and Tana Ramsay announced on The Late, Late Show With James Corden they were pregnant with their fifth child.

However, in a post on his public Facebook page, the chef and television host revealed his wife had suffered a miscarriage, saying the “devastating” event occurred five months into Tana’s pregnancy.

“We’re together healing as a family, but we want to thank everyone again for all your amazing support and well wishes,” he wrote.

The pair live between their home in London and Los Angeles, as well as their holiday home in Cornwall.

The eldest, Megan Ramsay, was the first in the family to graduate from university, leaving with a degree in philosophy from Oxford Brookes University.

Holly Ramsay is a model, signed to agency Established Models. Her Established profile says she is an aspiring fashion designer and lifestyle influencer who is “navigating her celebrity routes and channelling her own identity using her profile and platforms to inspire others”.

She also hosts a podcast called, 21 & Over with Holly Ramsay.

Her twin brother, Jack Ramsay, studied at Exeter University and is pursuing a career in the Royal Marines.

19-year-old daughter Matilda is the chef of the kids.

Matilda has done a number of television appearances with her father, and was the star of the BBC kids cooking show, Matilda and the Ramsay Bunch. She regularly posts hilarious videos with her dad on TikTok.

Whilst all of them have grown up in the public eye, with their father being one of the most famous chefs in the world, Ramsay has been adamant he does not want them to inherit his millions of dollars.

“[My money is] definitely not going to them [my kids], and that’s not in a mean way; it’s to not spoil them,” he told The Telegraph last year.

“I’ve never been really turned on about the money. That’s not my number one objective, and that’s reflected in the way the kids are brought up.”

He also revealed that the children never fly first class with him.

"They don’t sit with us in first class," he told The Telegraph.

"They haven’t worked anywhere near hard enough to afford that. At that age, at that size, you’re telling me they need to sit in first class? No, they do not. We’re really strict on that," he explained.

"I turn left with Tana and they turn right and I say to the chief stewardess, ‘Make sure those little f**kers don’t come anywhere near us, I want to sleep on this plane.' I worked my f**king arse off to sit that close to the pilot and you appreciate it more when you’ve grafted for it."

"I’ve been super lucky, having that career for the last 15 years in the US. Seriously, it has earned a fortune and I’ve been very lucky, so I respect everything I’ve got," he added.