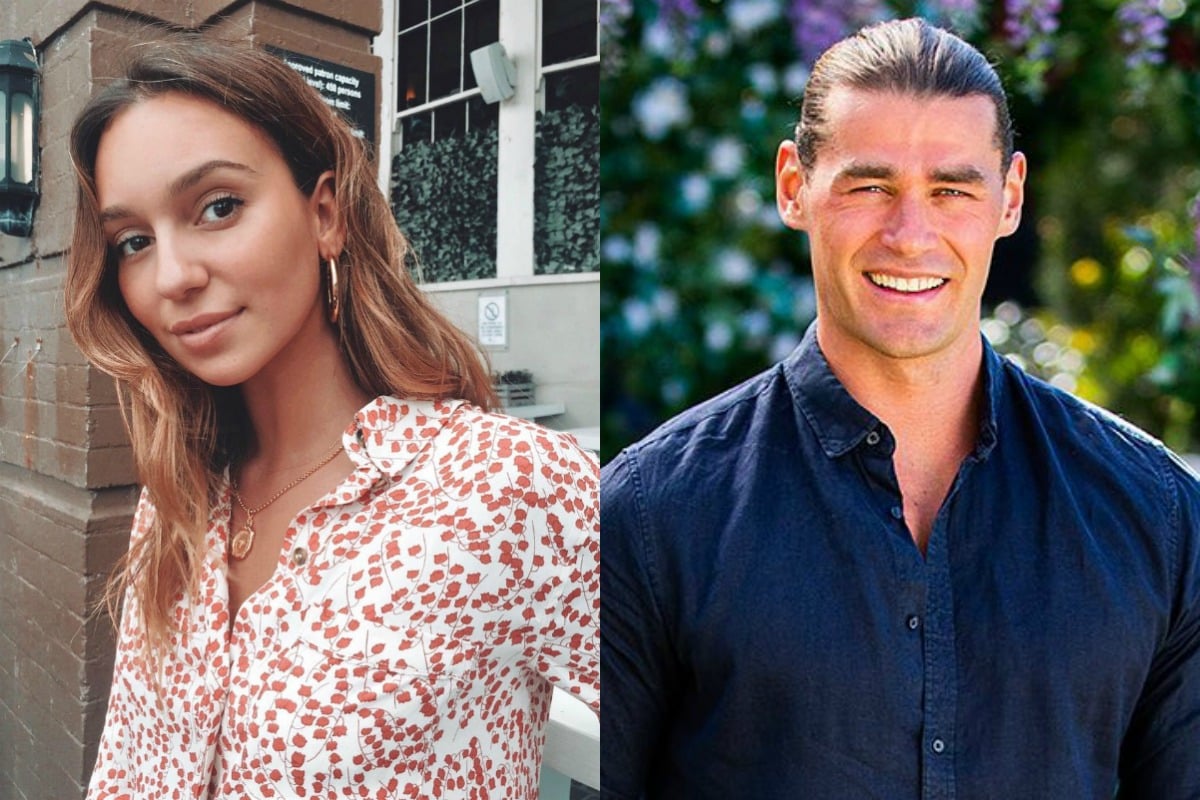 1. So are Bachelor Bella and Bachelorette Adam actually dating? We investigate.

They've been rumoured to be dating for a while now. But it seems Bella Varelis and Adam Todd may not be in a relationship... just yet.

Speaking to The Wash on Saturday, the former Bachelorette contestant explained that while he has been hanging out with Bella, it's only been in a group with other mates.

When asked how Bella is going, Adam responded, "I don’t know, I’ve only seen her a few times – she’s very nice. We’ve been out together with the rest of the group. Down the Beach Hotel."

The pair were recently seen hanging out together with other reality stars in Bondi earlier this month.

While the former Bachie stars may not be in a relationship, Bella did say that she would be keen on dating Adam when he was eliminated from The Bachelorette.

"Adam I'll have you," she said in an Instagram video when the geologist was sent home from the show. 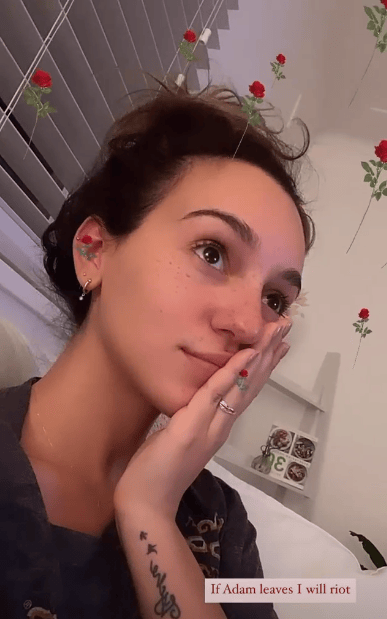 Adam was later asked if he's been in touch with Bella during an interview on The Project.

"There might have been a little bit of sliding into the DMs," he said while laughing.

"I'm not confirming or denying anything."

Listen to The Spill, Mamamia's daily entertainment podcast. In this episode, co-hosts Kee Reece and Laura Brodnik chat about Euphoria star Lukas Gage, who posted a clip to social media showing the dark side of auditioning in Hollywood. Post continues below.

2. Lindsay Lohan going on I’m A Celebrity Get Me Out Of Here? YES PLS.

In some truly unexpected (yet very exciting) news, it looks like Lindsay Lohan might be joining I'm a Celebrity... Get Me Out of Here! next year.

According to New Idea, the 34-year-old actress is expected to be heading into the jungle Aussie bush for the show's 2021 season.

"Producers have wanted her on the show for years," an inside source supposedly told the publication.

So far Australia’s Got Talent's Jack Vidgen and Australian Idol's Paulini Curuenavuli have also been rumoured to be appearing on the show.

While nothing has been confirmed just yet, it's not hard to see why Lohan was approached for I'm a Celeb, considering she's already returning as a judge for The Masked Singer next year.

Lohan confirmed she'll be back on the Channel 10 show earlier this month during a conversation with Abbey Mikkelsen, a producer on The Ben, Rob & Robbo Internet Show.

"I will be back in Australia for season three," she wrote.

If the rumours are true, we could be seeing a lot of Lohan next year. Not that we're complaining.

3. Celeb recruits lost up to 25kg while filming SAS Australia and the doc has revealed the worst injury made on set.

It's the last week of SAS Australia, and to celebrate, the chief medical advisor Dr Sam Hay has gone into detail about what was really going on with the contestants health... and it's juicy.

Speaking to New Idea, Hay revealed that the celebs underwent a complete medical test to ensure they could handle the course safely.

He also discussed the worst injury he saw, claiming Nick Cummins leg gash was "millimetres away from a catastrophic injury".

"The gash to Nick Cummins' leg was pretty damn impressive," he said.

"It was down to the bone, and he was millimetres away from a catastrophic injury. But a dozen stitches and daily dressings ensured he kept soldiering on."

And apparently it only gets worse with two nights to go on the show. Strap yourselves in, folks.

4. Fans have spotted all the Easter eggs in Taylor Swift’s latest Instagram post to figure out what the singer is really up to…

Taylor Swift has shared another one of her cryptic pre-album-release posts this week, and you bet her fans have launched straight into sleuth mode to uncover what it's all about.

For most of us, this may appear to just be a cute black-and-white photo of the star, but apparently there's a lot more to it.

not a lot going on at the moment pic.twitter.com/54uGPH1ysF

To start, she captioned the post "not a lot going on at the moment" and true Swifties know that was the caption of her last picture while she was recording her folklore album.

Then come the Bon Iver clues.

In T-Swift's most recent album, she collaborated with Justin Vernon's band, Bon Iver, and if you zoom in nice and close, there's a symbol that represents the band.

Then there's the fact that Bon Iver are known for recording in cabins just like this one...

I know that Bon Iver recorded one of his albums in a cabin. 🤔#Exile #TaylorSwift pic.twitter.com/XYf6VkXSSC

Now, if we're going to get really deep, fans have also counted the visible window panels, which add up to 22. Something that Taylor has in the past spoken about as Bon Iver's favourite number.

Is Taylor recording her next album? Possibly.

Warning: The following deals with pregnancy loss and suicidal ideation.

Candice Warner has hit rock bottom twice in her life.

She was Candice Falzon then, known best as a successful IronWoman until she was mercilessly slut shamed by the press and online commentators over a sexual encounter with rugby league star Sonny Bill Williams. A member of the public had filmed the pair without their knowledge, the media acquired the footage and committed the details of their drunken liaison to paper for the entire country to gape over.

Predictably, only one reputation was scarred. 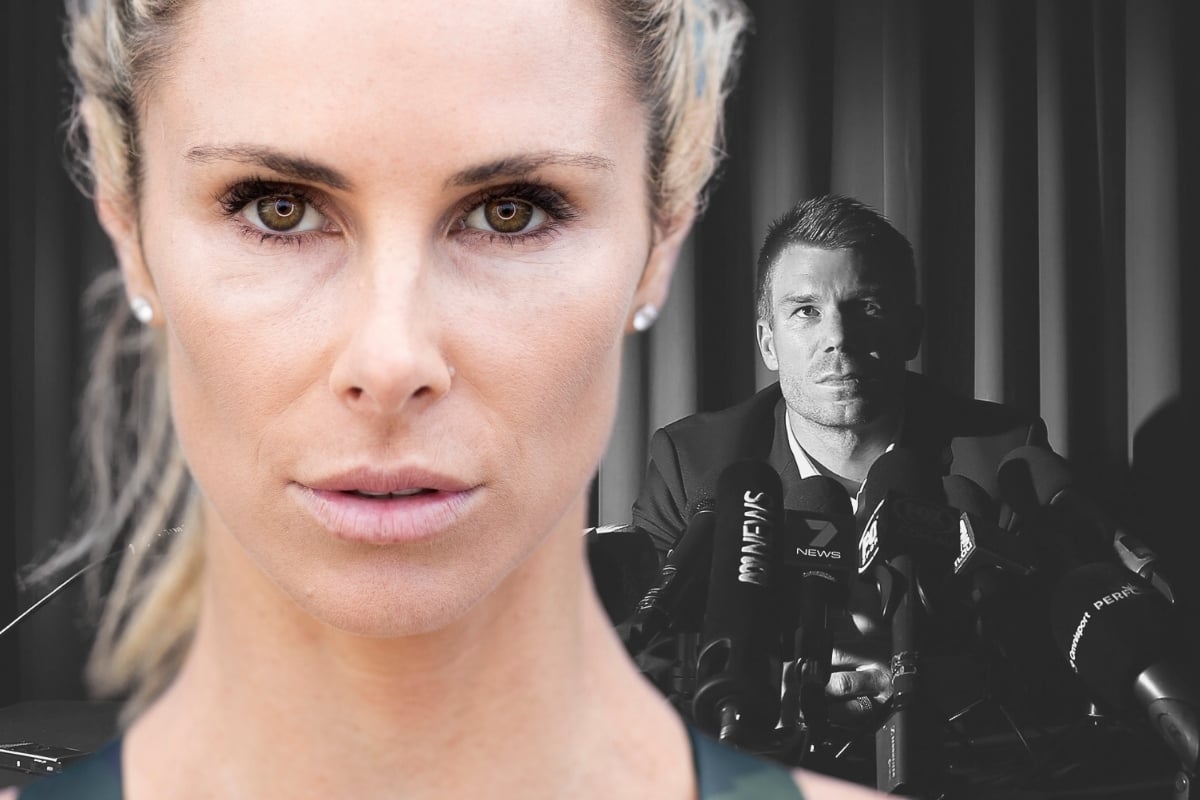 Reflecting on the fallout on Mamamia's No Filter podcast, Warner hunts for the silver linings. There was no social media, for one. But most importantly, though the enforced shame dragged her into a dark place, she found a way out.

"It got so bad that I remember pulling to the side of the road and [thinking], 'I just can't take anymore'... There was a part of me that wanted to end my life, to be brutally honest. I did not want to be here anymore. I did not want my family to suffer. I couldn't shame my family anymore.

"But I think it was that moment that needed to be had to wake me up and go, 'Okay, you can do something about your life and move forward in the direction that you want to go. Or you just continue down this path of — I don't know if it's feeling sorry for yourself, or just taking the blame and hiding from everyone, from life.

"So that was the first time I hit rock bottom. I got through that. So I knew I was quite resilient."

"I couldn't believe what I was seeing."

The events of the Australia versus South Africa test series are infamous.

There have been thousands of column inches, hours of television and radio commentary, books and documentaries dissecting it; from the tea-break altercation between David Warner and South Africa's Quinton de Kock, to the "Sandpapergate" ball-tampering scandal.

Candice Warner's perspective, though, isn't about sporting conduct or wounded national pride. It's about public shaming, two small children, and a spouse's succour in the face of a deep personal loss.

For more on what it was like to be Candice Warner in 2018, read our earlier article here.

Reply
Upvote
Someone actually counted the visible window panes in Taylor Swift's picture. Not sure what's weirder, that someone did that, or that there's a possibility that she did actually leave it as a clue.
<
<deleted> 2 years ago