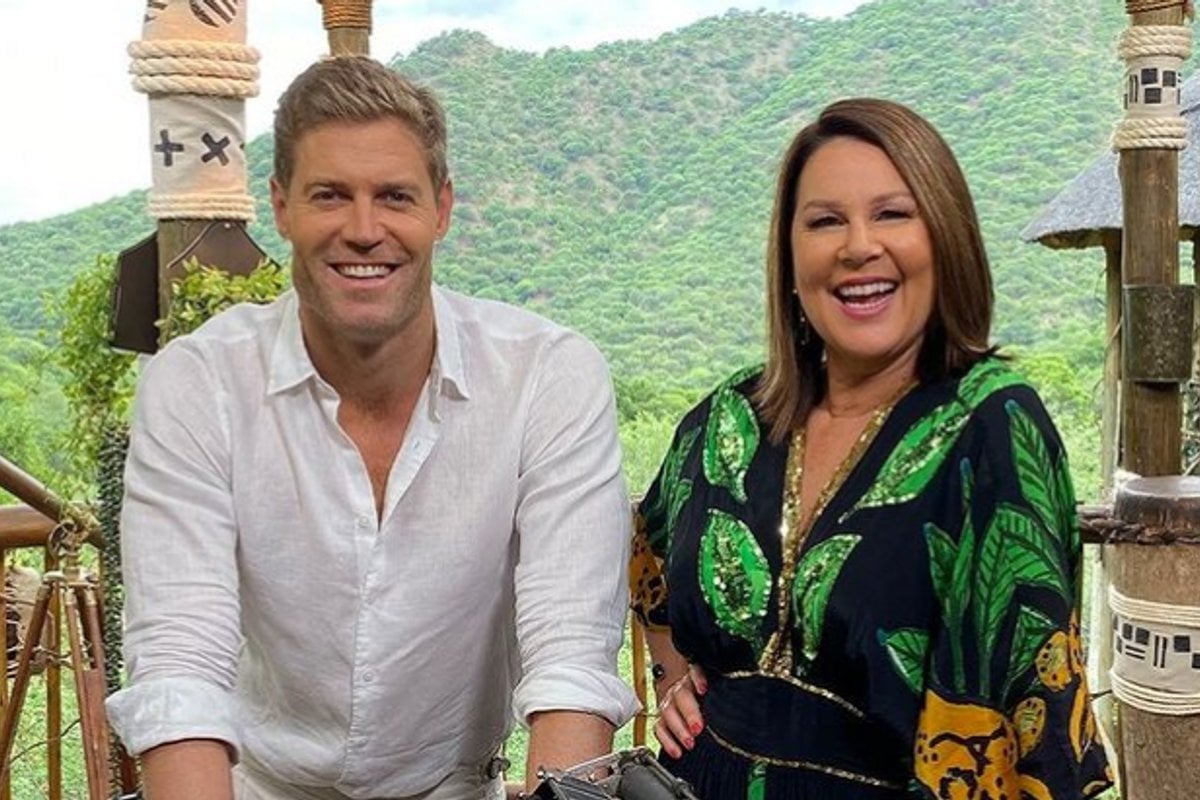 1. We’re pretty sure these celebs have snuck off to the jungle for I'm a Celebrity... Get Me Out of Here!

I'm a Celeb is returning to our screens next year and it looks like we may already know which lucky celebrities will be heading to the South African jungle Aussie bush.

An inside source told the Daily Mail that filming has already kicked off for the new season and celebs Jack Vidgen and Paulini Curuenavuli have been seen entering the campsite.

According to the publication, the singers were made to sky dive into Clarrie Hall Dam - which sound mildly terrifying.

Celebrity chef Pete Evans was also due to appear on the new season. But on Tuesday Channel 10 confirmed he's since been removed from the cast.

The new season will be filmed at the same set that the UK version of the show is filmed at, in Murwillumbah, in north-eastern New South Wales.

At this stage none of next year's contestants have been confirmed so we'll just have to wait and see who will be joining the show when it airs on January 3 on Channel 10.

Listen to The Spill, Mamamia's daily entertainment podcast. In this episode, co-hosts Kee Reece and Laura Brodnik chat to Rob Mills about the impact sharing his experiences during lockdown had, and how, like many of us, he made the big 2020 life pivot. Post continues below.

2. Elly Miles has squashed rumours about a Frazer breakup by confirming she’s moving to Queensland for her man.

Elly Miles wants everyone to know she's still very much with Frazer Neate, despite all the rumours.

During an Instagram Q&A with Becky on Wednesday, Elly quashed the break up rumours and explained that she's  moving states to be with Frazer next year.

"Frazer and I are still good! We’re still together. I’m going to move to Queensland in January – that’s the plan," she said.

Elly also shared that she reached out to Joe after The Bachelorette finale aired and that he's still "really good mates" with Frazer.

"I have no doubt that we can hopefully be friends in the future. Him and Frazer are really good mates, they chat every day. They want to catch up," said Elly.

Rumours that Elly and Frazer have split have been swirling around for a while now.

An inside source even told the So Dramatic! podcast that Frazer told his friends he's broken up with Elly and is single.

"My boyfriend is on Frazer’s AFL team and he said that Frazer told the boys him and Elly had already broken up," the source told host Megan Pustetto.

"Turns out he wasn’t just hitting the town claiming to be single, he actually told everyone that him and Elly had broken up," they said.

However, it seems these are just rumours after all, and the pair are still going strong.

3. PSA: There may be a Schitt's Creek movie in the works

Dan Levy has teased the potential for a Schitt's Creek movie and we need to talk about it. Immediately.

Speaking to E!, Levy, who created and starred in the sitcom, shared that he hasn't ruled out a Schitt's Creek movie yet.

"I would love for there to be. I’m not ruling it out," the showrunner shared.

"It’s very flattering that people want to know, but I would just say generally I think you need to let the good things settle for a minute. Let people finish the show. Let people sort of take a breath.

"And then if people are still interested and an idea comes to me and our cast wants to do it, then great."

The Canadian actor first teased the possibility of a Schitt's Creek movie in September after the show won seven Emmys.

"To be honest, this is the best way we could have ever ended the show," he said.

"If there is an idea that pops into my head it has to be really freaking good because this is a nice way to say goodbye. Fingers crossed we get a nice idea popping into our head soon... I would love to work with these people again."

4. Sophie Monk says she’s only famous in LA for her camel toe, and, PARDON?

In Australia, Sophie Monk is mostly known for that one time she was in a girl band and that other time she went on national TV to briefly date a man named... Stu.

But in the US, she's known for something a lil' bit different.

The 40-year-old appeared on the Kyle and Jackie O show this morning and Kyle decided it would be a great time to remind her about her camel toe-chequered past.

"Remember when you had the camel toe problems in Los Angeles, when you were getting photographed," he said.

"My favourite was that," Sophie responded. "I was the most known in LA for my camel toe and then Khloe Kardashian beat me."

Sophie said she was photographed so many times with a camel toe that in the end she just didn't bother trying to hide it.

"It was more laziness, there was so much paparazzi around, I gave up," she said.

In 2018, Sophie told Brisbane's 97.3 Bianca, Terry & Bob that she got camel toes all the time because she doesn't wear undies.

"I could have a calendar out how many times I've had camel toe - and it's only laziness, because I don't wear undies," she explained.

"It's not because I have massive flaps or anything."

5. "F**king poor people." Ivanka Trump's former best friend on what she was like growing up.

For more than a decade, Ivanka Trump and Lysandra Ohrstrom were inseparable.

The pair, who first met at Chaplin, an all-girls school on Manhattan's Upper East Side, were "more sisters than best friends" for much of their early life.

But now, in the final months of the Trump administration, Lysandra has revisited their friendship in a tell-all essay for Vanity Fair. 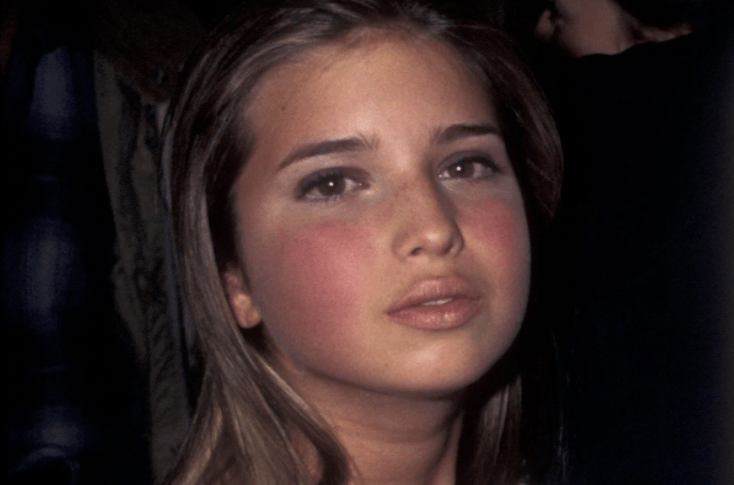 "For the past four years I have tried to tune out the conversation that dominated international media," Lysandra wrote.

"But it is nearly impossible to ignore when the person who used to pluck ingrown hairs from your bikini line suddenly appoints herself to the role of unelected public official and begins to torch democracy."

In the piece, Lysandra shared how her relationship with Ivanka first began in the seventh grade.

After hanging out occasionally at first, Lysandra was invited to Ivanka's lavish 13th birthday party, where the teenager had a sleepover in the penthouse suite of the Trump Taj Mahal, a waterfront casino and hotel in Atlantic City.

"Though he never remembered my name, he seemed to have a photographic memory for changes in my body," she shared.

"I’ll never forget the time Ivanka and I were having lunch with her brothers at Mar-a-Lago one day, and while Mr Trump was saying hi, Don Jr swiped half a grilled cheese sandwich off my plate. Ivanka scolded him, but Mr Trump chimed in, 'Don’t worry. She doesn’t need it. He’s doing her a favour.'"