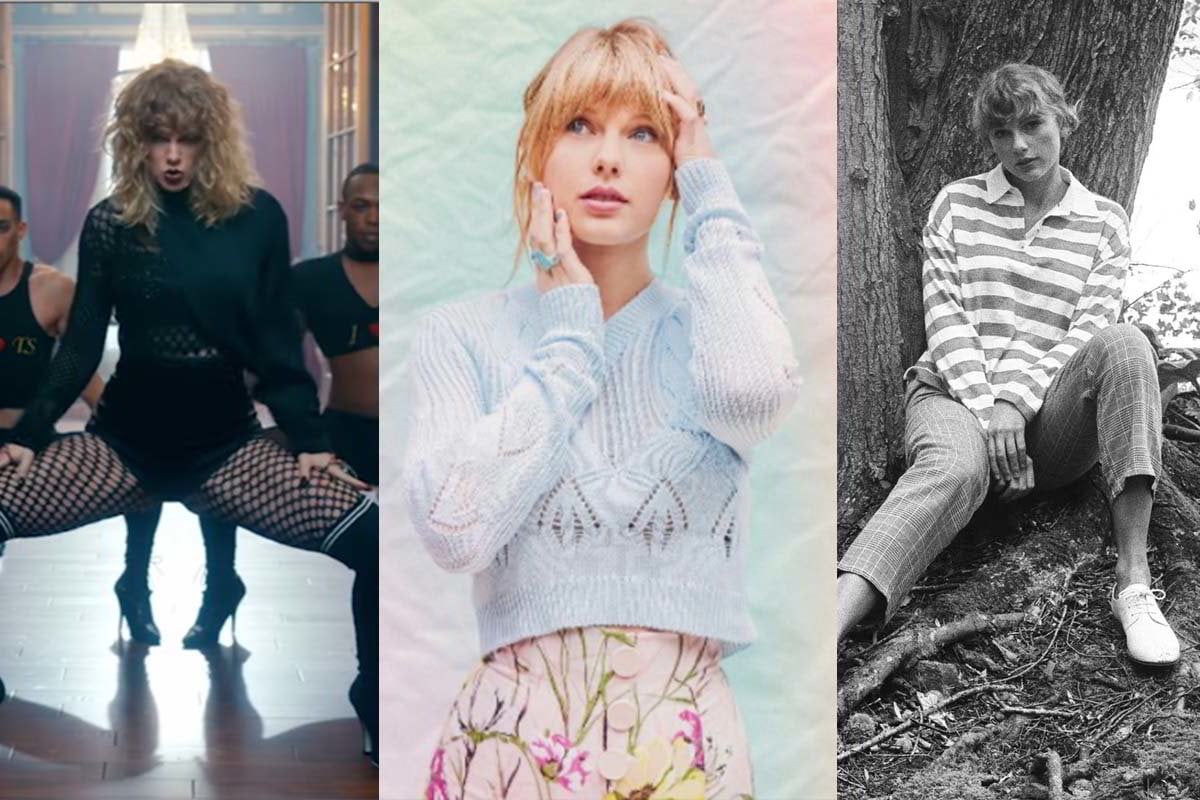 Smack bang in the thick of the Melbourne lockdown and a global pandemic, Taylor Swift dropped a little present in all our ear holes in the form of a brand new shiny album. Named Folklore, the surprise album is adorned with wholesome forest imagery and stuffed to the brim with songs that are better suited to a Wisconsin camping ground sing-a-long than a sold out stadium.

You know what this means: Taylor Swift has reinvented herself once again.

And while this is bloody exciting news for her fans who have been itching for more music, I can’t help but feel a little uncomfortable about it.

Yes, Folklore does seem like a bit of a return to form for Taylor, with its beautiful storytelling lyrics and country-folk vibes, but this is the eighth studio album from the singer and also the eighth rebrand of the human woman. And I need to talk about that.

Back in the day I was foolish for associating drastic image reinvention only to Disney stars who were coming of age and breaking free from their contractual obligations. Yes, I’m looking directly at you Miley Cyrus. But on reflection, it’s a much more widespread trend.

Historically, female artists have been on a roster of transformation, keeping up a persona for a handful of years before tossing in the towel on that style and reinventing themselves from top to bottom.

Don’t agree? Just have a think of a few of the big players in the music scene and go through their body of work.

Or, alternatively, let me do it for you.

Christina hit the scene with her all bubble-pop-crop-top greatness before getting all diiiiiirty in chaps for her Stripped album and then polished it off with a slicked-back rockabilly-robot vibe for Bionic.

After launching her career on the Disney Channel, Miley quickly stripped back that Mickey Mouse-approved persona by releasing songs like ‘I Can’t Be Tamed’ and literally climbing out of a cage to really hammer in that point. She then adopted the infamous Bangerz image which saw her don a flesh-coloured vinyl swimsuit and twerk on stage at the VMAs with her tongue out 98.9 per cent of the time. There was then a light series of frolicking on beaches and being oh-so loved up with Liam Hemsworth during her ‘Malibu’ period before heading into her current stage of rock chick Joan-Jett-esque hardness.

The first queen of pop kickstarted her career in the 80s with an innocent ‘Like A Virgin’ air, before upping the sex-factor and introducing a whole lot of religious imagery into her looks and music videos during the ‘Like A Prayer’ phase.

She then underwent a full transformation to a retro Zumba instructor for her ‘Hung Up’ banger. Now in her 60s, she’s adopted the Madame X persona, which reportedly is an ode to her 19-year-old self where she used to come to school every day with a different ‘look’. Somewhat prophetic, don’t you think?

And then we have Ms. Swift.

Taylor started out as a bone-fide country music sweetheart with her acoustic guitar and tumbling ringlets. She then added in a few sparkly dresses, but kept the cowboy boots for a fair while.

Then pop music called her name, and she switched up her look and sound entirely. 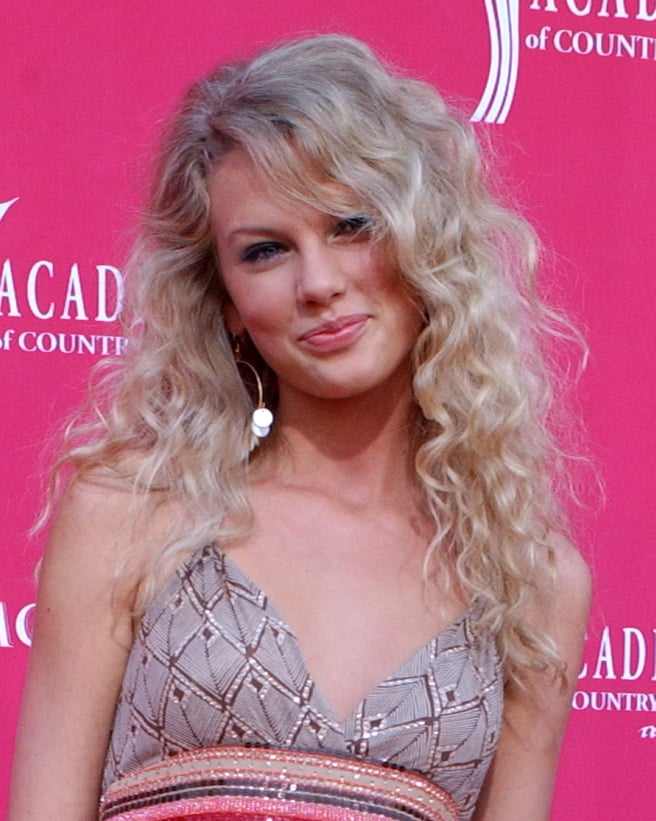 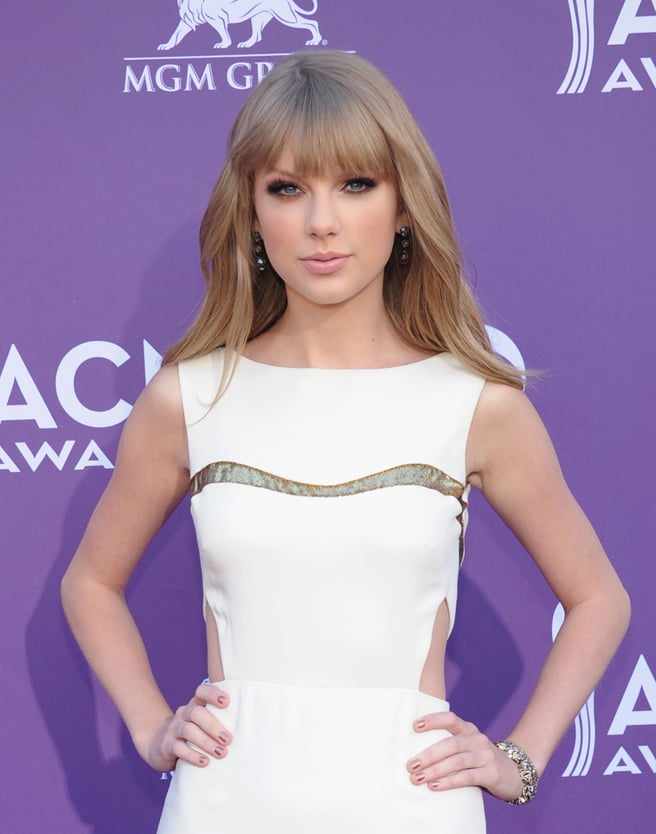 She stayed in this pop-adjacent position for a while, flipping between a vintage and bold style and taking bigger risks on the red carpet.

To really amp up the I’m-coming-out-of-my-effin-cocoon agenda, Taylor wiped her Instagram clean, before sharing bizarre snake imagery. This had her fans (okay, maybe just me) worried she was about to star in ‘Snakes On A Plane 16’, but instead it was just a big F U to Kanye West and all her haters.

With this revenge message came black lipstick, bejewelled spiky jumpsuits and a heck-tonne of snake-based accessories.

This was by far Taylor’s most drastic transformation to date.

Taylor Swift in her 'Look What You Made Me Do' music video. Image: UMG.

This hyper-stylised persona was no doubt a far stretch from Taylor’s actual personality. She dodged interviews, stopped replying to fans on Instagram and didn’t even bother with a press tour. It seemed that keeping up this manufactured image was tricky for Taylor, and who can blame her?

Sure, we all have grudges, but it doesn’t often trigger a wardrobe, beauty and lifestyle overhaul. Keeping up that angry, vengeful attitude is bloody tiring.

So, shocking precisely no one, Taylor’s next album brought back her fluffy pastel-coloured pop persona. Everything went from black and blood red to fairy floss pink, and her beloved cats were back on the public scene too. Thank god, because I was getting worried one of the snakes had got to them… 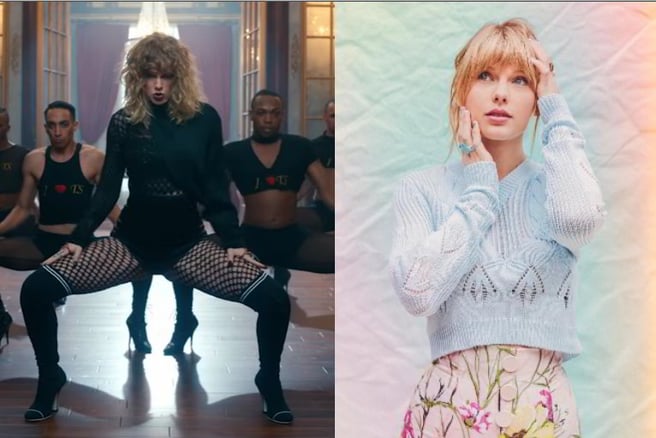 In her Netflix documentary tied to the Lover album, Miss Americana, Swift herself talks about how reinvention is an act of survival for females in the music industry.

“It’s a lot to process because we do exist in this society where women in entertainment are discarded in an elephant graveyard at 35,” she said. “Everyone is a shiny new toy for like two years. The female artists have reinvented themselves 20 times more than the male artists. They have to or else you’re out of a job. Constantly having to reinvent, constantly finding new facets of yourself that people find to be shiny.”

It's a statement that is all too poignant following the release of Swift's track ‘Mirrorball’ on her latest album Folklore, where she describes herself as a shiny, breakable thing. Ready and raring to shatter into a million pieces.

I want you to know

I can change everything about me to fit in.

Looking back at her career, it’s clear to see that this is a pattern she’s felt she has to follow herself.

While I still believe Taylor’s first albums have well and truly stood the test of time, and I would personally be stoked if she was still in cowboy boots, I'm not sure she would've reached the same dizzying heights of success without these rebrands.

And that's unfair, and a blatant double standard. Particularly because you rarely see this forced evolution happen with male musicians. The Ed Sheerans, Drakes and Michael Bublés of this world are still bringing out the same style of music and rocking the same get-up they did when they first hit the big time.

Sure, there are exceptions to the rule. David Bowie sure had a lot of personas and Elton John adopted a different style for every show, but they just feel like brilliant, creative deviations from the norm.

Instead, women are expected to change, shake things up, bring in new audiences, generate buzz and be relevant. Always.

And I don’t know about you, but to me it feels like this is all tied up with ageism, misogyny and the ridiculously high bar set for women. As Swift herself said, there’s a shelf-life of sorts for female artists at the young age of 35. So musicians feel the need to squeeze as much success as they can out of the industry before then by literally being as many different marketable brands as possible.

The thought of having to personally rebrand over eight times to stay relevant or interesting at work, actually makes me feel like I need to lie down. For a long time.

I feel for Taylor Swift, and all the other talented musicians, who are in this tiring washing machine cycle. It’s not fair or reasonable that this pressure and expectation is forever on their shoulders.

So if there’s an artist, musician, actor or creative that you love, show your support now before that pressure rises up for them too. The only way this cycle is going to change is by fans demonstrating that while creative growth is great, there’s no shelf-life for these remarkable women.

Reply
Upvote
1 upvotes
I’m an artist in the performing arts- most of us choose this industry because you get to design new things all the time and you aren’t locked into one style. I suspect Taylor and the army of stylists, directors, producers etc who work with her feel similarly. It’s also why musicians write new songs rather than creating one album and singing it forever- reflecting the changes in your life and the world is pretty much the point of art.
M
mamamia-user-649450993 2 years ago