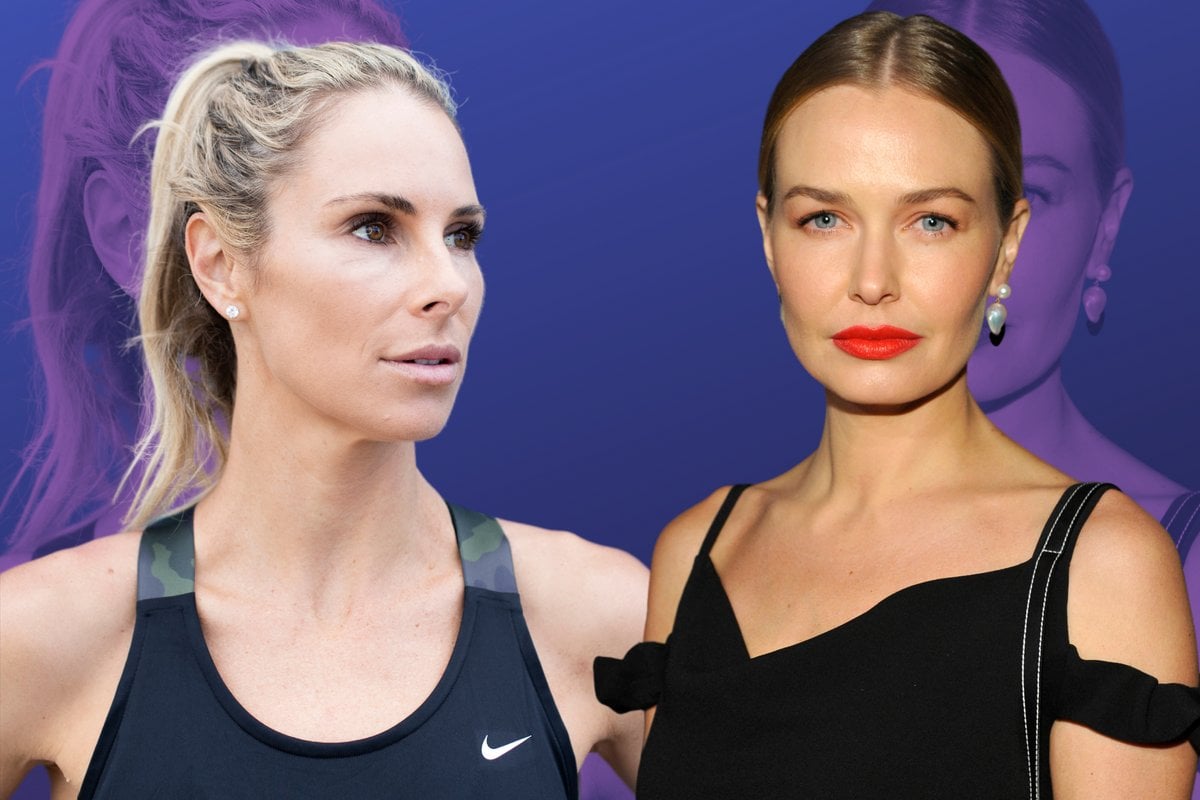 Australians are seemingly passionate about three things: Bunning's sausage sizzles, public holidays and shaming women for their naked bodies and sexual acts, even when they are not consensual.

Recently SAS Australia star Candice Warner was interrogated on-screen about an incident which took place over 13 years ago, one that she has been routinely publicly shamed for ever since.

The incident she was referring too was regarding a night in April 2007 when the Iron Woman, then 22, and Canterbury Bulldogs player Sonny Bill Williams, then 21, were captured in an intimate moment in a toilet stall when a member of the public used their phone to covertly take pictures of them, which were then released.

Candice has since talked openly about repeatedly having to deal with repulsive slurs made by people passing her in the street since the event, along with numerous headlines and comments making derogatory remarks about the incident over the years.

As recently as 2018, Candice and her husband, cricket player David Warner were the subjects of ugly taunts during the Australian cricket team’s Test tour of South Africa. During the second Test in Port Elizabeth spectators even went so far as to wear masks of Williams to the ground in order to rattle the couple.

During a recent episode of SAS Australia Candice, now 35, said: "In my early 20s I made a very big mistake. It is something I am not proud of but something I can never take back."

"I put myself in a situation where I shouldn’t have and because of that I brought embarrassment (and) shame to my family."

Watching Candice talk about this experience, all with an air of shame and scandal wrapped around the portrayal of the event, was uncomfortable to watch.

A stinging reminder that more than a decade on, there is still an air of public shame around an event where Candice was robbed of consent. Along with the knowledge that despite the fact there were two people involved in the story, the campaign of shame has not been evenly shared.

You'll notice that Sonny Bill Williams' name is rarely dragged through the mud in the same way.

Even more disturbingly, this SAS moment was an unwelcome reminder that Candice's treatment by the public is not an isolated narrative. There is one other Australian name that has prominently shared this unwelcome spotlight with her on and off over the years.

Or Lara Worthington, as she is now formally known, became the subject of an unwelcome media storm and public pile-on in 2006 when footballer Brendan Fevola took a photo of her while she was in the shower and allegedly sent it to other players.

The photo then made its way into mainstream media outlets.

At the time Lara called on the AFL to take action against Fevola and any other players who passed along the image which was taken when she was 19-years-old looking and looking notably distressed.

"This is anything but a publicity stunt," she said to Sydney Morning Herald. "It has been terribly humiliating for me.

"I also feel exploited and compromised by the release of a photograph I never gave permission to him to take, and one he promised he had deleted when he realised how upset I was that he would do that."

These incidents happened some time apart, yet they both follow the same narrative.

Two women's careers forever tinged by private moments made public against their will and the men whose names were entangled with theirs afforded a different publicity trail. 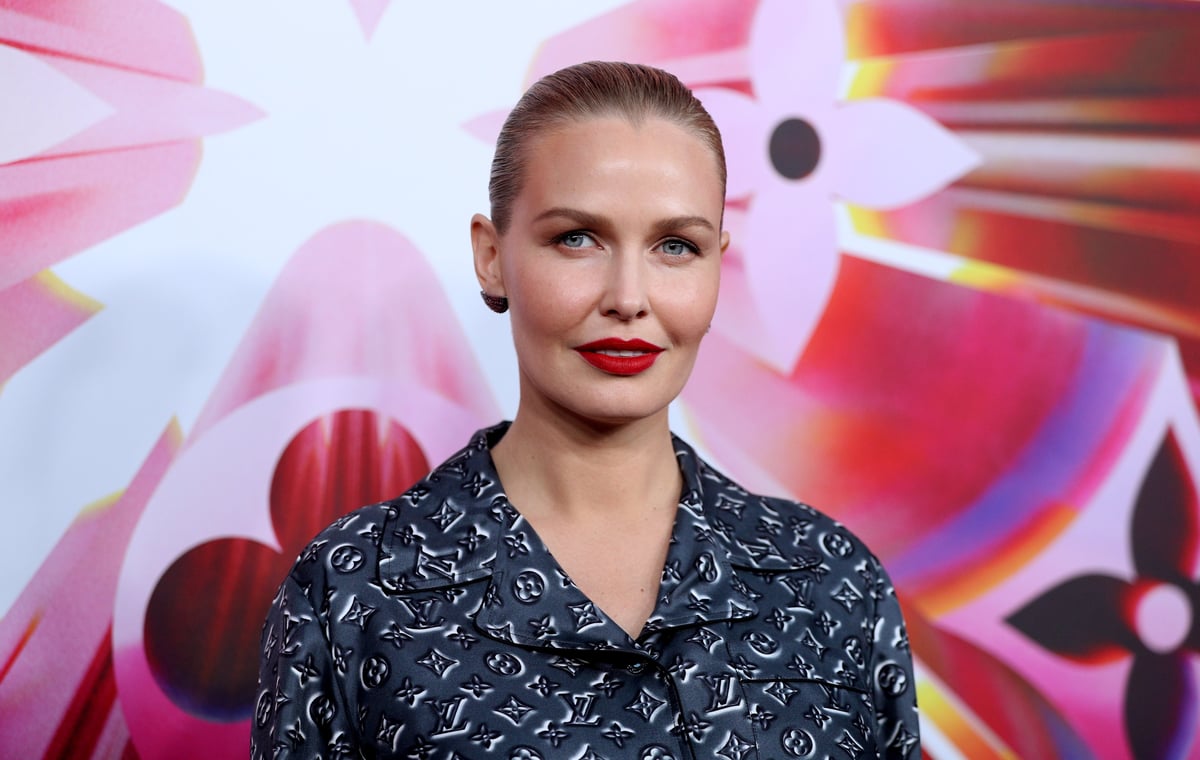 "This is anything but a publicity stunt, it has been terribly humiliating for me," Lara said. Image: Getty.

It all comes down to the uncomfortable truth that following public moments like this, men are given redemption while women are asked to reform.

A male public figure can apologise for his actions or step away from them for good because, after all, there's nothing Australia laps up like a good second act. A "bad boy" made good.

Women, on the other hand, are left to apologise and "own" their actions, like Candice Warner, or vehemently fight back and still be tarred with the scandal brush, as Lara Bingle has proven.

If you need any further proof that public moments surrounding men, nudity and illicit images are treated with indulgence rather than shame, look no further than Chris Evans' Twitter feed.

This year the Captain America star appeared to accidentally share a nude image to his millions of followers, one that was screen-grabbed before he noticed the error and could quickly hit delete.

In response, the public filled Twitter with wholesome images of the star so that anyone searching for his name would be hit instead with photos of him hanging out with his dog.

It was sweet, but also startling in contrast to how the public and media treated Vanessa Hudgens and Jennifer Lawrence years earlier when their private naked images were stolen from their phones and shared for all the world to see.

Instead of cutesy photos shared by fans, the overwhelming response was one of shame and blame, with a public narrative questioning why they had taken these photos in the first place.

It's frightening that Candice and Lara's stories appear to be just chapters in a book where shaming reigns supreme and there is no last page, or resolution, insight.

We need to ask ourselves if this is really the story we want to tell.

Reply
Upvote
You shouldn't need to feel shame for a stolen moment in a nightclub toilet in your early 20s. She had nothing to feel shame for, she has nothing to apologise for, nor does she have to answer to anyone. Whoever took the video should feel shame, as should all those who still bring it up as though it is shameful. Same with Brendan Fevola. He's the only shameful one in that scenario.
M
mamamia-user-482898552 a year ago

Reply
Upvote
2 upvotes
Take home message is to stay away from football players and quit promoting them to positions of influence: they still exist in a backward culture which isn't known for maturity, respect for women or responsible living in general.
That said, the Warners shouldn't be so reactionary to the whole SBW issue, because it really only empowers and confirms what the sl*t-shamers are implying. So she had sex with a guy in a toilet cubicle. So what? Why describe it a "mistake"? It sounds like she's showing regret for being sexually active. Similarly, when her husband gets all riled up about the whole matter, it suggests her sexual past is even relevant to him, which it isn't. They keep retaining the focus on her behaviour as though it's the sin and issue of the matter, rather than the creeps who took the pic and sent it around for a laugh.
It's quite true that there's a double standard for women here. What the article doesn't mention is that the issue with Bingle was due to the fact she was with a bloke who was married at the time (which Bingle - unconvincingly - claimed she was unaware at the time, despite Fevola and the WAG scene being quite famous). The "home wrecker" angle got more traction than the "guy who distributed nude pics of a woman without her consent" angle. Again, another example of footballers doing what footballers do with impunity.
News
General
Opinion
True Crime
Politics
Sport
Explainer
Entertainment
Celebrity
Reality TV
Movies
TV
Books
Rogue
Royal
Lifestyle
Beauty
Fashion
Weddings
Home
Wellness
Health
Fitness
Travel
Food
Parents
Before The Bump
Pregnancy
Baby
Kids
Teens
School
Parent Opinion
Work & Money
Money
Finance
Career
Lady Startup
Relationships
Sex
Dating
Separation
Friendship
Family
Real Life
Couples