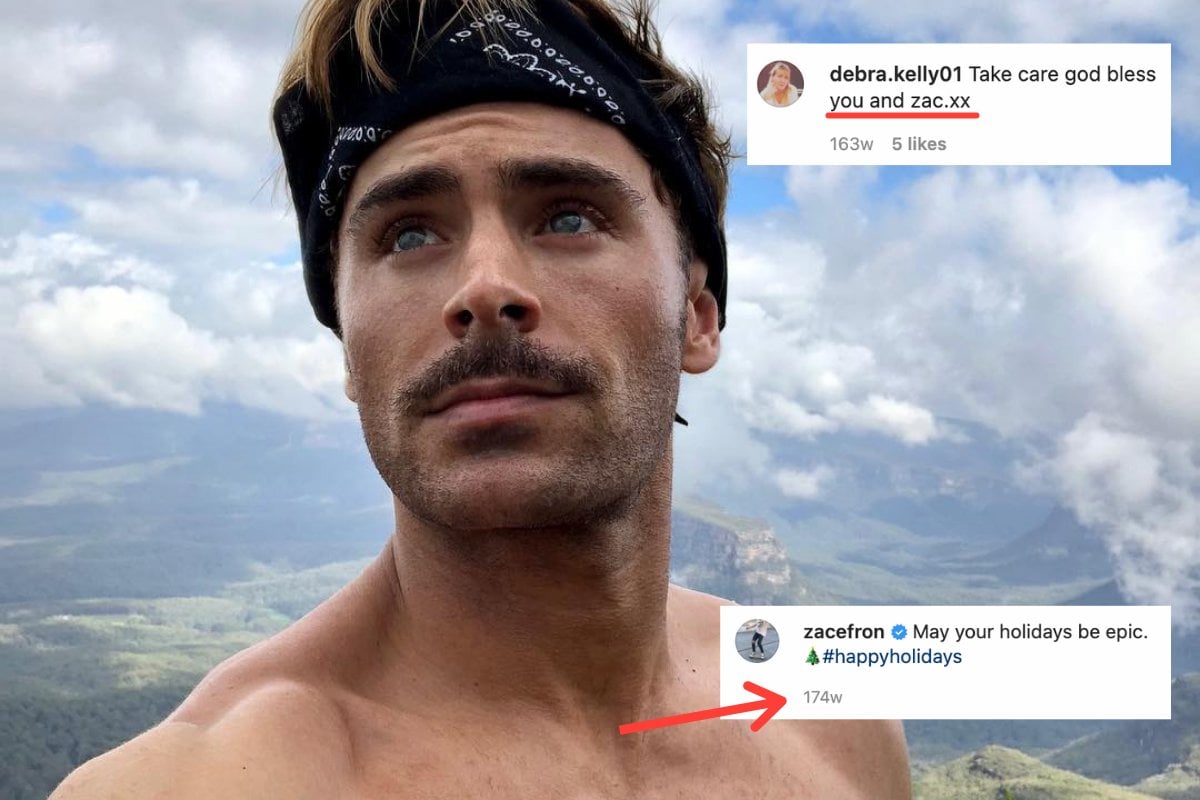 So, there's a wild new theory that Zac Efron and his ex-girlfriend, Vanessa Valladares' relationship may not have developed organically out of a Byron Bay cafe last year. ...And there goes all our dreams of finding a Hollywood boyfriend while ordering a cappuccino.

The theory, surfaced by Pedestrian this week, found a comment left on Valladares Instagram back in 2017 from 'Debra Kelly' who wrote: "Take care god bless you and zac.xx"

Oh yeah, and it's the only comment on the post, which shows the 25-year-old on holiday in Bexhill, NSW.

Now, we know it does sound very circumstantial.

There is the potential that Valladares had another friend (or boyfriend!) named Zac.

But, back in December 2017, Zac Efron was in Australia for the launch of The Greatest Showman.

Plus, he posted a pic of him on a hike at an unidentified location that looks very rural NSW, if we do say so ourselves.

2. Sam from MAFS has gone Instagram official with her new boyfriend.

Samantha Harvey has found herself a man after the s**tshow that was this season of MAFS, and we are so excited to see her happy ending.

The 31-year-old has shared a few sneaky snaps of her boyfriend to Instagram over the past few days, but fans aren't too happy to find out his social media is set to private.

In the comments of her first post with her boyfriend, Jesse, one follower wrote: "Rude his profile is private; the fans do not appreciate this."

Another said: "Awkward that he’s followed by Cam (Samantha's on-show-ex)."

On Thursday night, Sam made light of the comments sharing a video to her Instagram story where she asked Jesse: "So, how many followers do you have now? Because of who?

"Someone's blown up by a couple of hundred followers. What do you want to say to all your followers?"

We love this for her.

3. Chris Hemsworth and Elsa Pataky invited every celeb into their house for a rager. Here’s every photo.

Chris Hemsworth and Elsa Pataky certainly know how to throw a party.

The couple went all out when they hosted a lavish 'white party' at their house this weekend.

Chris' brothers Liam and Luke attended, including Luke's wife Samantha Hemsworth and Liam's girlfriend of over a year, Gabriella Brooks.

And just in case you weren't already jealous, here's a bunch of photos from what we can only assume was a very fun night.

4. Timothée Chalamet is rumoured to be the new host of the Met Gala.

Get excited because Timothée Chalamet, aka the internet's boyfriend, could be the new host of the Met Gala this year.

A source told Page Six that the Little Women actor will co-host the event alongside poet Amanda Gorman and Council of Fashion Designers of America Chairman Tom Ford. And we'd love to see it.

The Met Gala is set to return in person this year but won't take place until September rather than the first Monday in May, like it usually does.

And according to the publication, tickets are a tad on the pricey side, with solo tickets costing a casual $30,000 and tables going for a whopping $275,000.

But just in case you had a cool couple of thousand lying around, sources say that this year’s event has already sold out. Darn.

Let's hope we can see more of Timothée Chalamet and his face when the Met Gala kicks off later this year.

5. Okay. What the heck is going on with J.Lo and Ben Affleck? 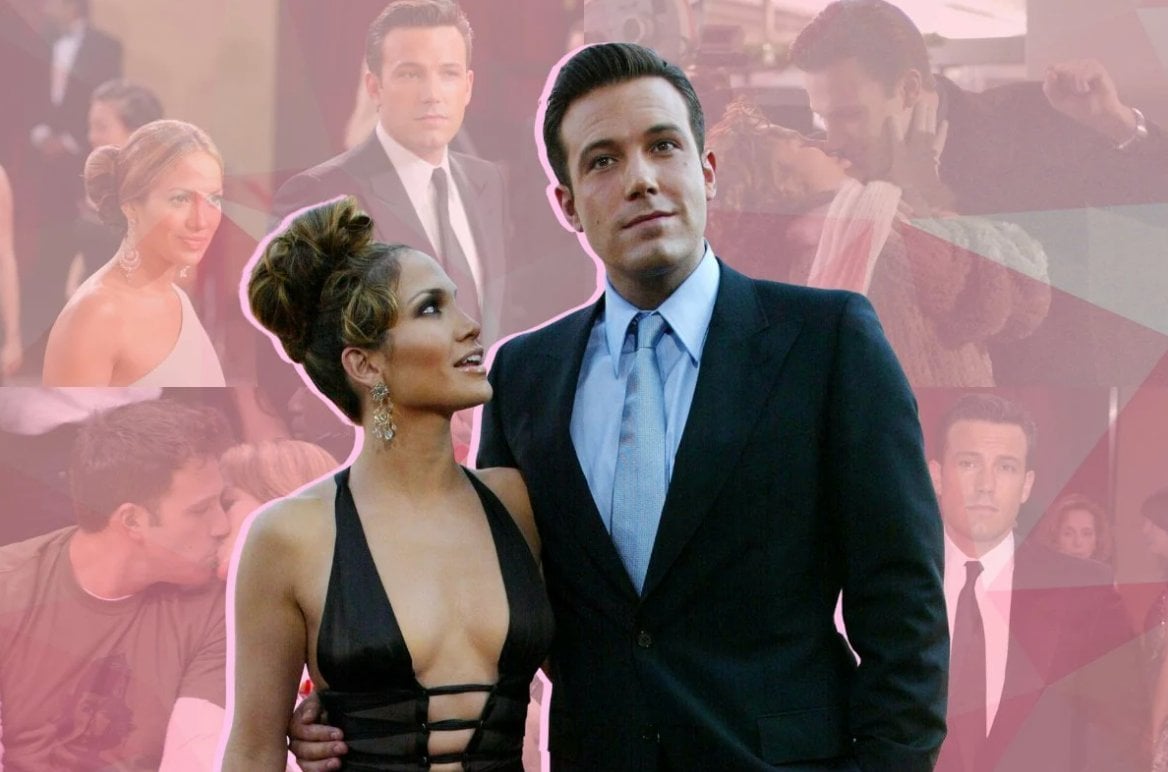 Image: Getty / Mamamia In the early 2000s, Bennifer provided us with iconic pop culture moments like the 'Jenny From The Block' music video and potentially the worst movie in existence, Gigli.

It's been 17 years since Ben Affleck and Jennifer Lopez broke up after 18 months together. In the years since, both have had further high-profile relationships and marriages while maintaining really bloody solid careers. And Gigli remains the worst film they've both done.

So, what the heck is going on?

Yep, they're 'hanging out'.

Affleck, 48, and Lopez, 51, both currently find themselves single, after Affleck's split from Ana de Armas in January and the end of Lopez's engagement to A Rod in March.

Which naturally means there's interest in whether their recent meet ups mean there's something ~romantic~ going on between them... again.

Page Six's source said of their hangouts: "Security picks him up at a nearby location and drops him off after spending a few hours at her house," but a bunch of other 'sources' have told publications the pair as just good mates.

"They obviously have a romantic history, but at this point they only have a friendship," a 'source' told ET.

"They both admire each other professionally, respect one another and feel comfortable with each other." 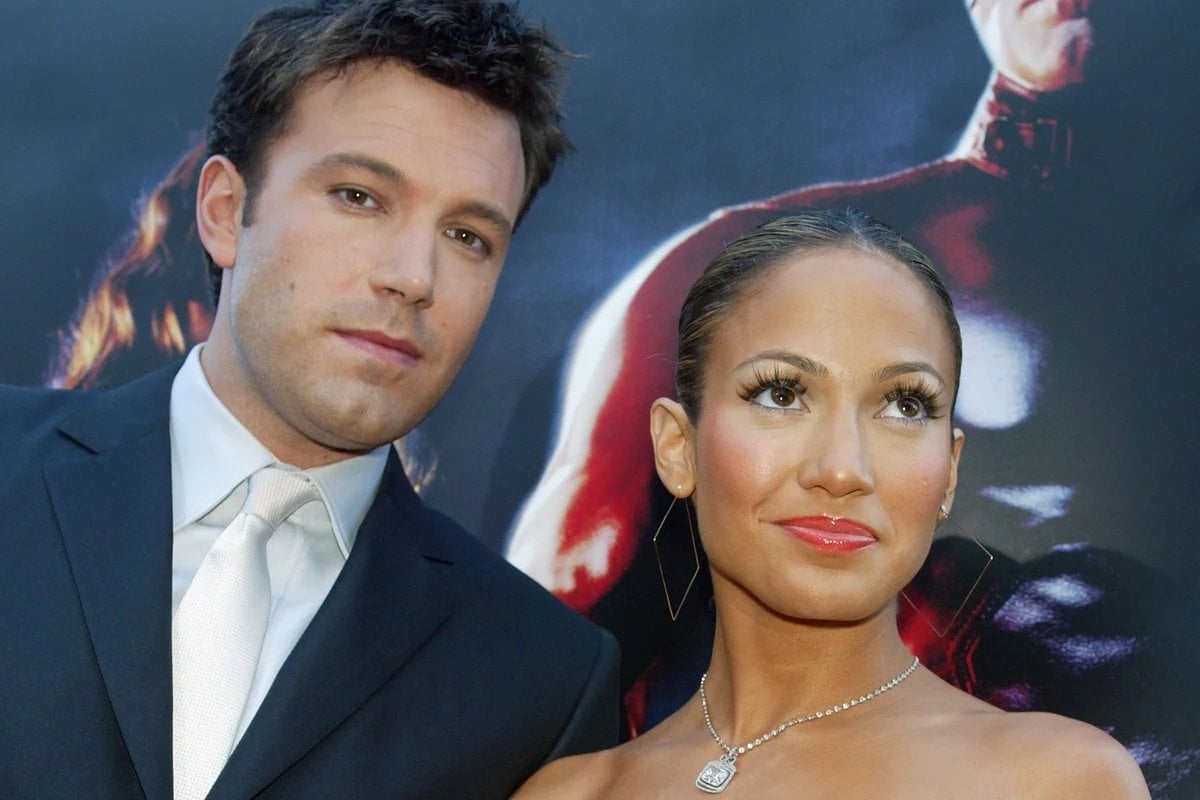 Image: Supplied. A second 'source' said: "Jennifer and Ben have seen each other a few times since her breakup with Alex. Jen and Ben have remained friends over the years and the two are still just that - friends."

A source told TMZ the same, and People reported they "have a lot of love for each other" and "have always admired each other", but it was strictly platonic as of right now.

We don't know how legit their info is, but let's just say if they happened to be wrong, no one would be mad about it.

Want to know more? You can read the full story here.