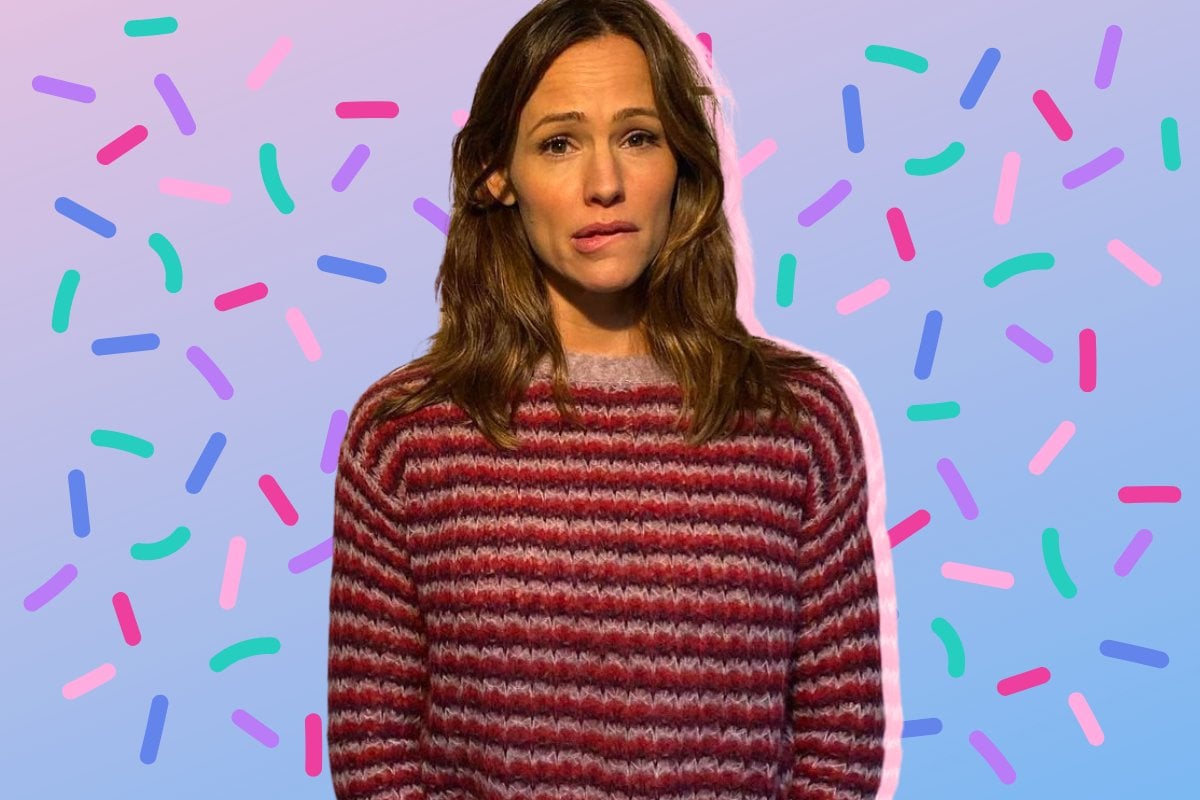 Family has looked very different for the past year.

Some of us have lived closer to our family than ever before, forced to live on top of each other in our homes for months on end. Some of us have been separated from family by borders and restrictions and isolation. We've redefined family too, including house mates and friends and workmates who have helped us navigate this 'new normal'.

No matter what your version of family has looked like, it's been a challenging time.

Which brings us to Yes Day, a fun new Netflix family comedy about, well, 'yes days'.

'Yes days' are unofficial holidays, popularised by a book from children's author Amy Krouse Rosenthal, on which kids request activities they can indulge in with their parents – and their parents have to say yes (within reason of course).

The film came to fruition after a 2017 social media post from Jennifer Garner, a tired selfie following her own 'yes day' with kids Violet, Seraphina, and Samuel.

As Garner told Mamamia, the post lead to producers Ben Everard and Lawrence Grey reaching out to her about getting involved in the film.

She signed on as not only a producer but also to star as Allison, a stressed-out mother whose three children dub her a 'fun killer'. Determined to prove them wrong, she and husband Carlos (Édgar Ramírez) agree to a 'yes day' - leading to chaos and naturally, several important lessons too.

"I was really looking for something that was joyful, that would bring joy to me, that would put joy out in the world. It became one of the personal things I've ever done, because it's so much about my experience as a mum," Garner told Mamamia.

Fortuitously, filming for Yes Day ended midway through February 2020, just weeks before production was shut down on sets the world over. 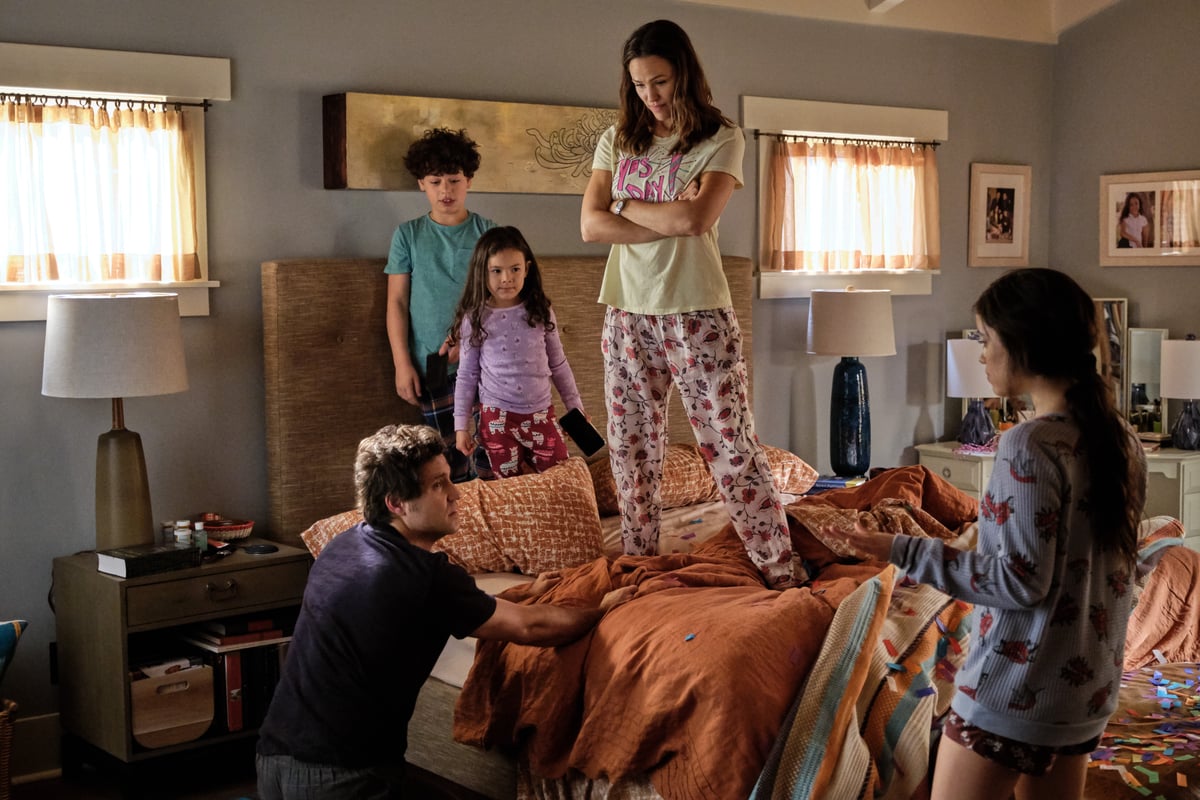 At that point, the film was simply a wholesome family film about a parents' identity after children and the importance of quality time.

Now it's that latter theme in the context of the past year that makes it shine a little brighter.

Ramírez told Mamamia he is grateful his first foray into comedy came when it did.

"It is exactly what I needed, and I didn't know that I needed [it] so much. This movie's a celebration of family, I'm very tight with my family. I love the concept of family as the one you're born in, but also the one that you choose.

"I think there's no better time for a story like this. After all that we've been through, if the pandemic has taught us anything, it is that the most important, the most beautiful gift you can give to the people you love the most is time. Time and focus. Undivided attention," he explained.

"When you look at the list [of 'yes day' activities], regardless of how weird or extravagant the activities could be, it all boils down to time. That is what they ask for. That is the most beautiful thing you can give to someone."

It's an important observation from the Venezuelan actor, who has been separated from his family since before the COVID-19 pandemic began.

Parents will relate to the frustrations of Allison, forced to be the parent who says 'no', as Carlos, who spends his days saying 'no' at work is the 'yes' parent at home. And kids will relate to their children, 14-year-old Katie (You's Jenna Ortega), pre-teen Nando (Julian Lerner) and youngest Ellie (Everly Carganilla), each with their own age-related problems like fitting in and growing up.

While the timing and themes of the movie have taken on a deeper meaning given the current state of the world, it's also just a really fun watch.

The activities in the movie are simultaneously extravagant and low-stakes: a very implausible, large-scale water balloon fight, an ice-cream eating competition and going through the carwash with the windows open. 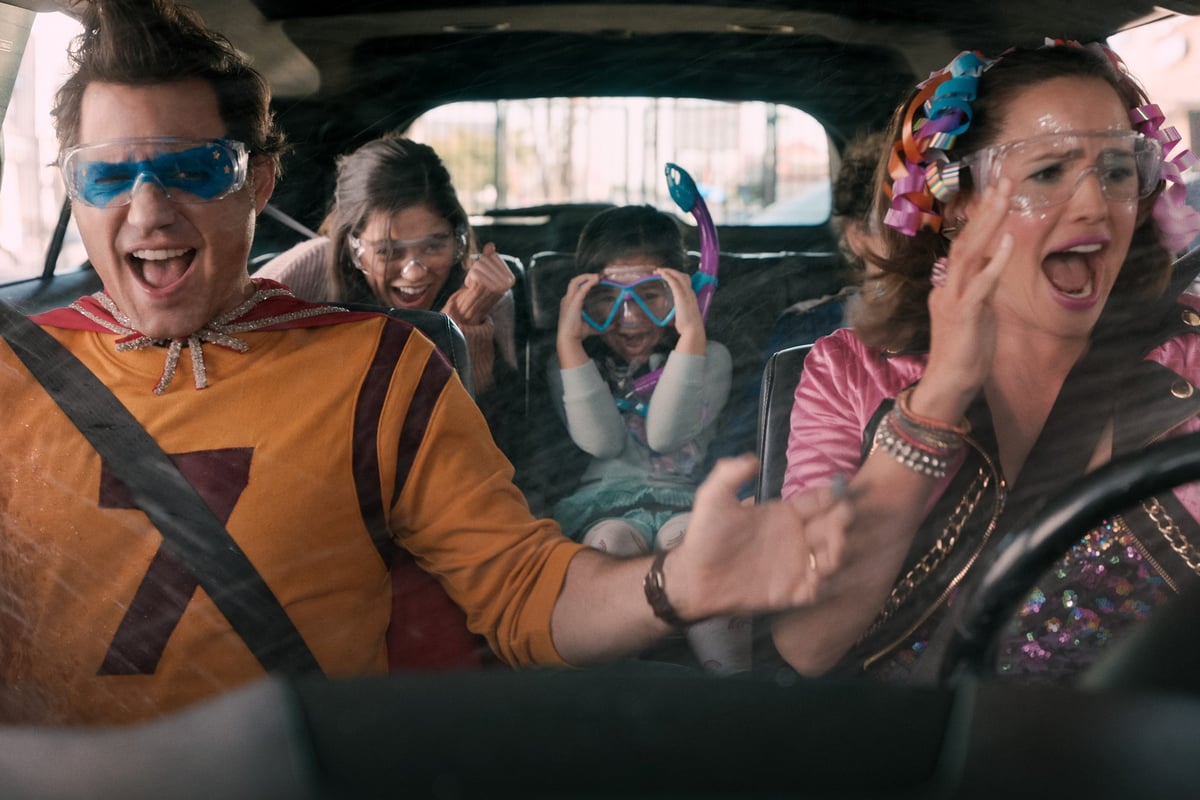 "It felt like somebody in the project spoke to somebody close to me and put all the activities in the script," Ramírez joked to Mamamia.

"I love ice cream. I've always fantasied about eating that amount of ice cream, and I did. I don't feel guilty. I'm a professional... I got to really foster and take care of my inner child shooting this film."

Garner's favourite part was more low-key, and an accident.

"At the very end of the movie, we were all just hanging out between takes in a tent," she explained.

"We all ended up lying on our backs and putting our feet over our heads, just as we were playing with kids while everyone talked about what was next. They decided to turn the camera on, and we ended up using that footage in the film. I have to say, that is just really special to me. That really came out of how close we were by the end of the film."

Garner's a 'yes day' expert, even pulling one off for her children in 2020 during the pandemic. Yes days are usually dictated by the kids though, so what would her own look like?

"I would be with my whole family. We would go to a Broadway show. We might go see the ballet. We'd have an amazing meal, and I'd have a great workout with my girlfriends," she said.

For Ramírez, it's going back to quality time.

"I haven't seen my family for such a long time, since before the pandemic started, so my perfect 'yes day' would be to be together with them in the same physical space," he explained.

A big yes to that.

Yes Day will be available to stream on Netflix from Friday, March 12.