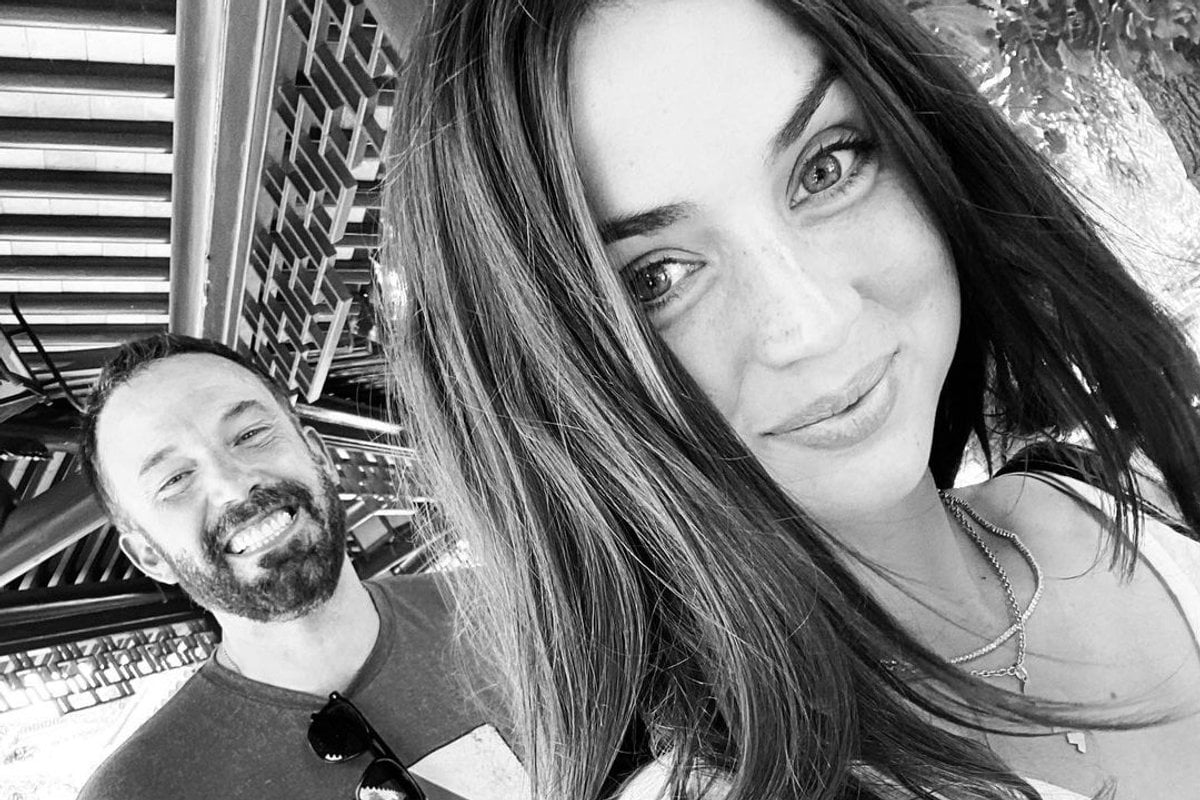 After almost a year of dating, Ben Affleck and Ana de Armas have reportedly split.

"Ben is no longer dating Ana," a source told People. "She broke it off. Their relationship was complicated. Ana doesn't want to be Los Angeles based and Ben obviously has to since his kids live in Los Angeles."

Watch: Ben Affleck on his divorce from Jennifer Garner. Post continues below.

"They are in different points in their lives; there is deep love and respect there. Ben continues to want to work on himself. He has three jobs lined up, and he's a solid father at home. They are both happy with where they are in their lives."

After meeting on the set of Deep Water, Affleck and Armas went public with their relationship in early 2020.

The couple later moved in together in Los Angeles.

However, a source told InTouch that the "honeymoon phase" was well and truly over after the couple moved in together.

"Ana rocketed to stardom since dating Ben and has a bunch of movies lined up. She’s young, ambitious and her career will always come first. While Ben wants her to succeed, he’s needy and feels lost and lonely when she’s off gallivanting the world without him," the source claimed.

"[Jennifer Garner's] whole life revolved around Ben and the kids when they were married. That’s what he’s used to, but Ana is more independent."

Amid the news of the couple's rumoured split, here's what we know about Ben Affleck's past relationships.

At the time, Paltrow had just ended her engagement to Brad Pitt.

After working together on Shakespeare in Love and Bounce, Affleck and Paltrow ended their relationship in 2000.

"I just think we have a very different sort of value system," Paltrow later told Diane Sawyer in 2003.

"Ben makes life tough for himself," she added. "He's got a lot of complication, and you know, he really is a great guy. So I hope he sorts himself out."

In 2015, however, Paltrow told Howard Stern that she still considers Affleck a friend. 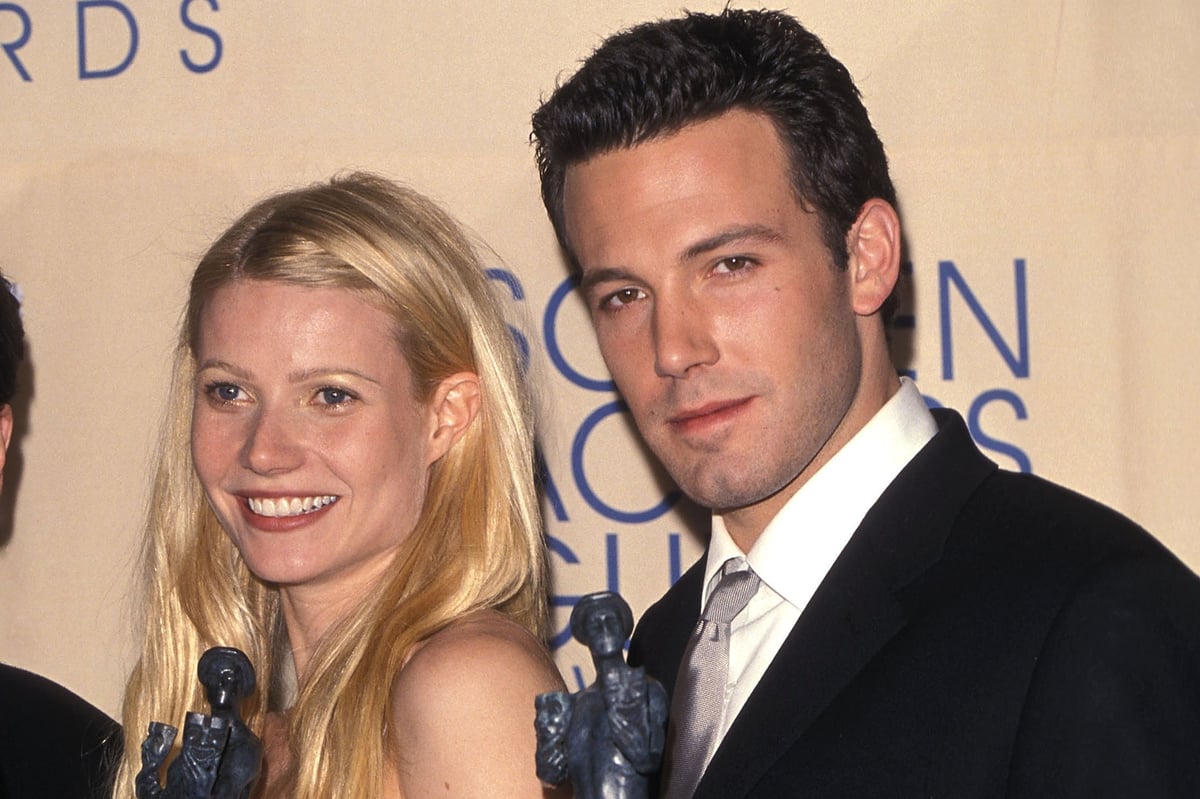 "I like him," she said, adding that she recognising the importance of their relationship.

"I think there’s certain boyfriends where you are trying to work stuff out, right? Like, you’re trying to heal certain stuff from your childhood and he was very much a lesson in that way," she explained.

"I’m not sure exactly what I was trying to heal in that instance, but it was... he was, ya know, it was specific."

The couple first met on the set of Gigli, before working together once again on Jersey Girl as well as Lopez's music video for 'Jenny From The Block'.

Known as "Bennifer", Affleck and Lopez became one of the most talked about celebrity couples of the 2000s as they faced intense media scrutiny.

"I think Jen and I made a mistake in that we fell in love, we were excited and maybe too accessible," Affleck said in 2008."I don’t think either of us anticipated the degree to which it would take on a world of its own."

Lopez agreed, telling People: "We didn't try to have a public relationship." 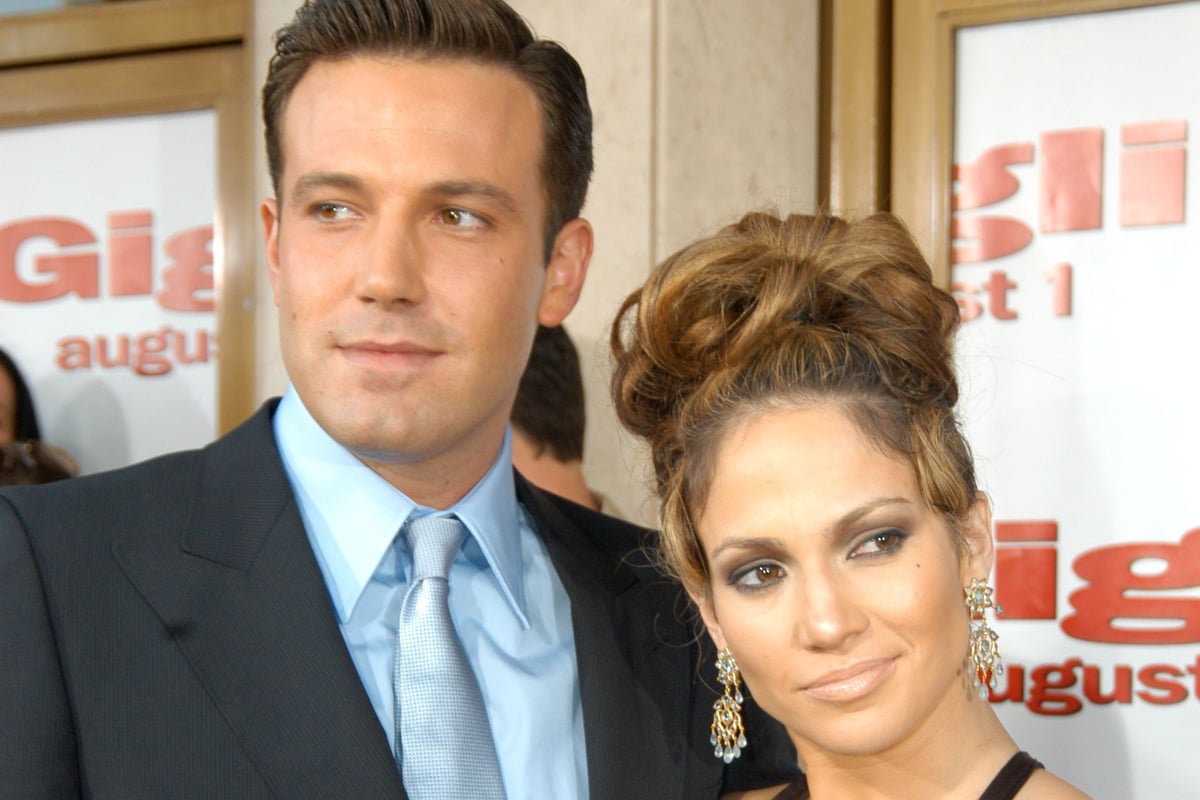 "We just happened to be together at the birth of the tabloids, and it was like, 'Oh my God.' It was just a lot of pressure. I think different time, different thing, who knows what could’ve happened? But there was a genuine love there."

While the couple got engaged in November 2002, they were forced to postpone their wedding in September 2003 due to "excessive media attention".

"Due to the excessive media attention surrounding our wedding, we have decided to postpone the date," the couple said in a joint statement.

In January 2004, Affleck and Lopez ended their relationship.

"It was my first real heartbreak, it felt like my heart had been torn out of my chest,” Lopez later shared, according to Page Six.

In a recent interview with The Hollywood Reporter's Awards Chatter podcast, Affleck reflected on his relationship with Lopez. 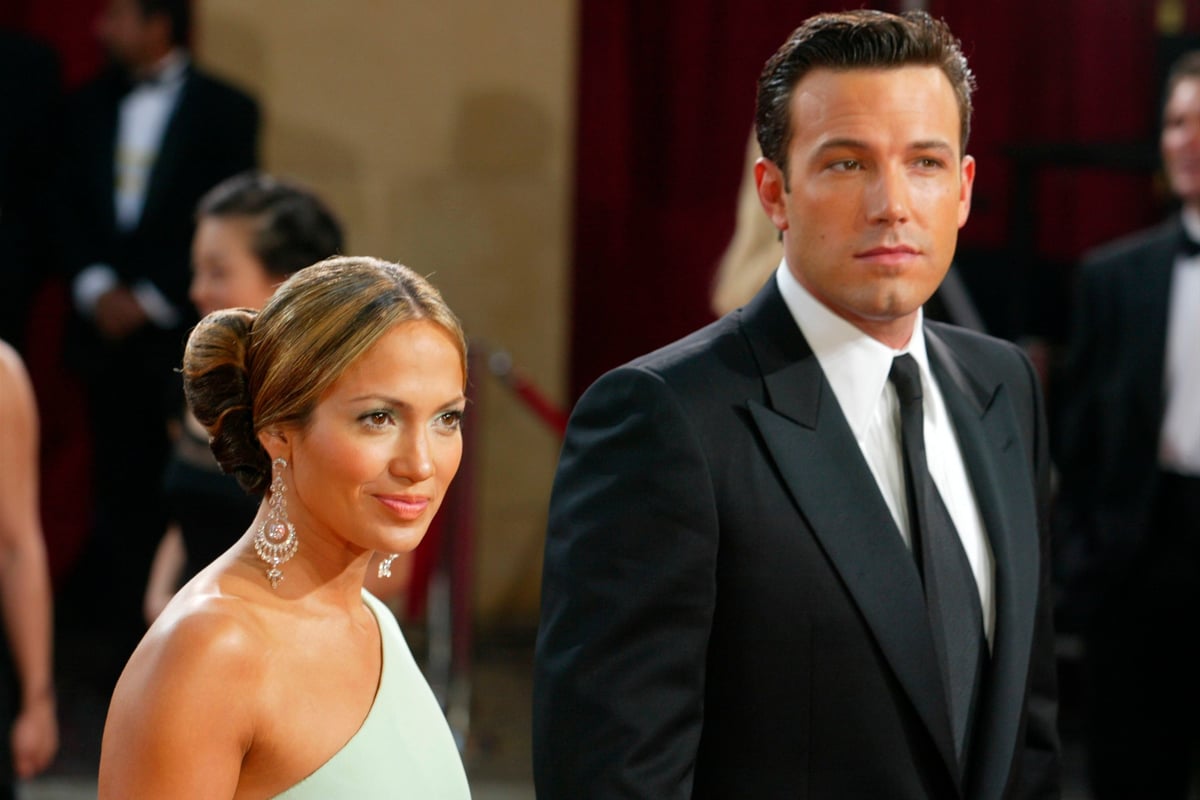 "People were so f**king mean about her – sexist, racist. Ugly, vicious sh*t was written about her in ways that if you wrote it now, you would literally be fired for saying those things you said," he said.

"Now it’s like, she’s lionised and respected for the work she did, where she came from, what she accomplished – as well she f**king should be!"

Ben Affleck and Jennifer Garner first met on the set of 2000 film, Pearl Harbour. At the time, Garner was married to actor Scott Foley.

Two years later, the pair worked together once again on Daredevil.

Although Affleck was dating Lopez at the time, Affleck later told Playboy that their relationship began – emotionally speaking, at least – on the set of Daredevil.

"We met on Pearl Harbour, which people hate, but we fell in love on Daredevil," he said.

"By the way, she won most of the fights in the movie, which was a pretty good predictor of what would happen down the road." 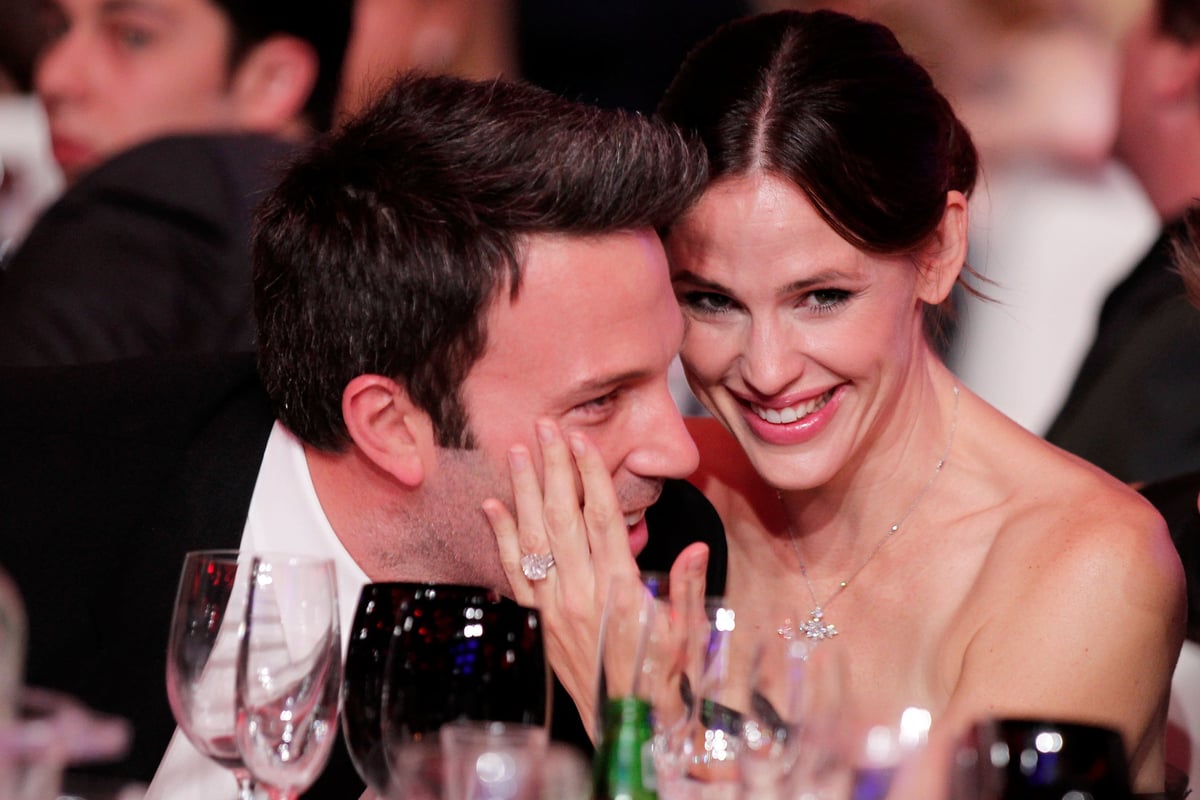 A few months after Affleck called off his engagement to Lopez, the actor began dating Garner.

But just one day after their 10-year wedding anniversary, Affleck and Garner announced their separation.

Shortly after, gossip sites were saturated with rumours that Affleck had struck up a relationship with their children's nanny.

While Affleck has long denied the rumours, Garner appeared to suggest otherwise in an interview with Vanity Fair in March 2016.

"Let me just tell you something," Garner said. "We had been separated for months before I ever heard about the nanny. She had nothing to do with our decision to divorce. She was not a part of the equation. Bad judgment? Yes. It’s not great for your kids for [a nanny] to disappear from their lives."

In an interview with The New York Times, Affleck admitted that his rocky relationship with alcohol had an impact on his marriage.

"I drank relatively normally for a long time. What happened was that I started drinking more and more when my marriage was falling apart," he told the publication. 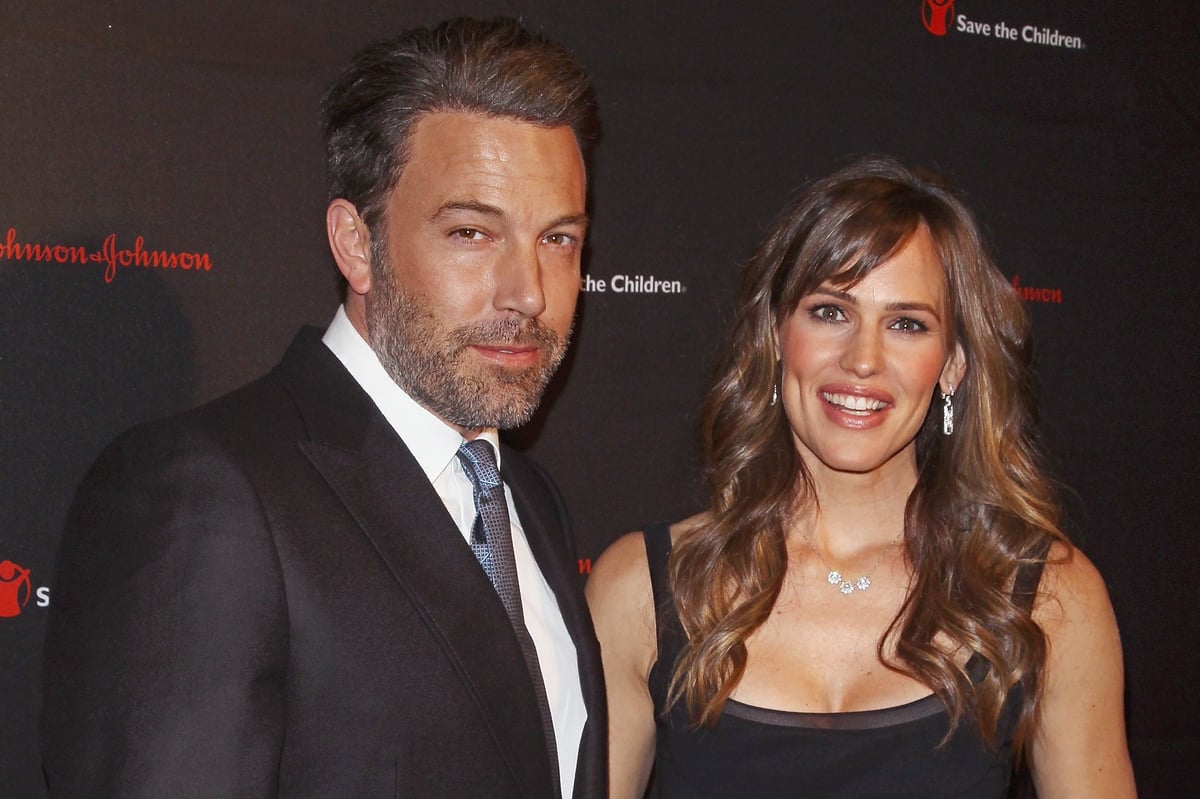 While Affleck continued to live in a guesthouse at the family home until mid-2017, the couple filed for divorce in April of that year.

"The biggest regret of my life is this divorce," he told The New York Times.

"I have certainly done things that I regret," he added. "But you've got to pick yourself up, learn from it, learn some more, try to move forward." 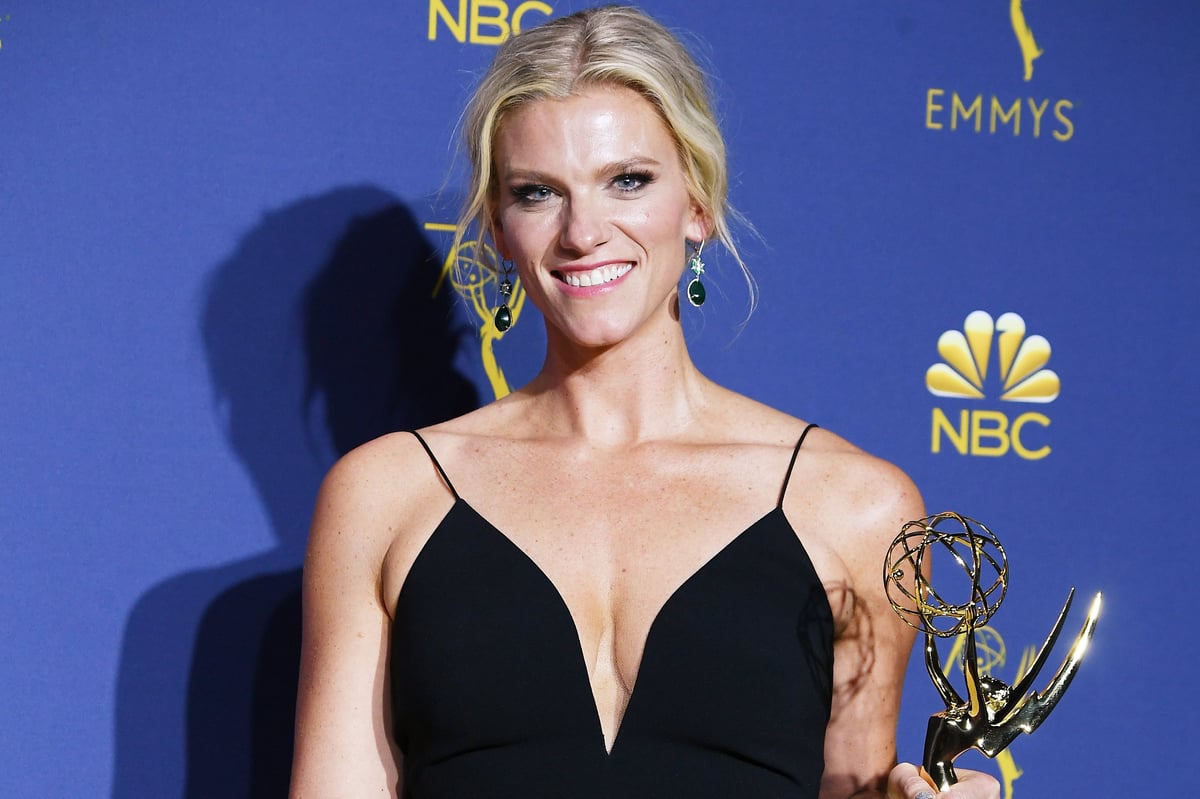 "She has a kid and an ex-husband and a job in New York and Ben has his family and a job in Los Angeles and while they love and respect each other they just realised it wasn’t going to work," a source told People.

"They really gave it another solid try."