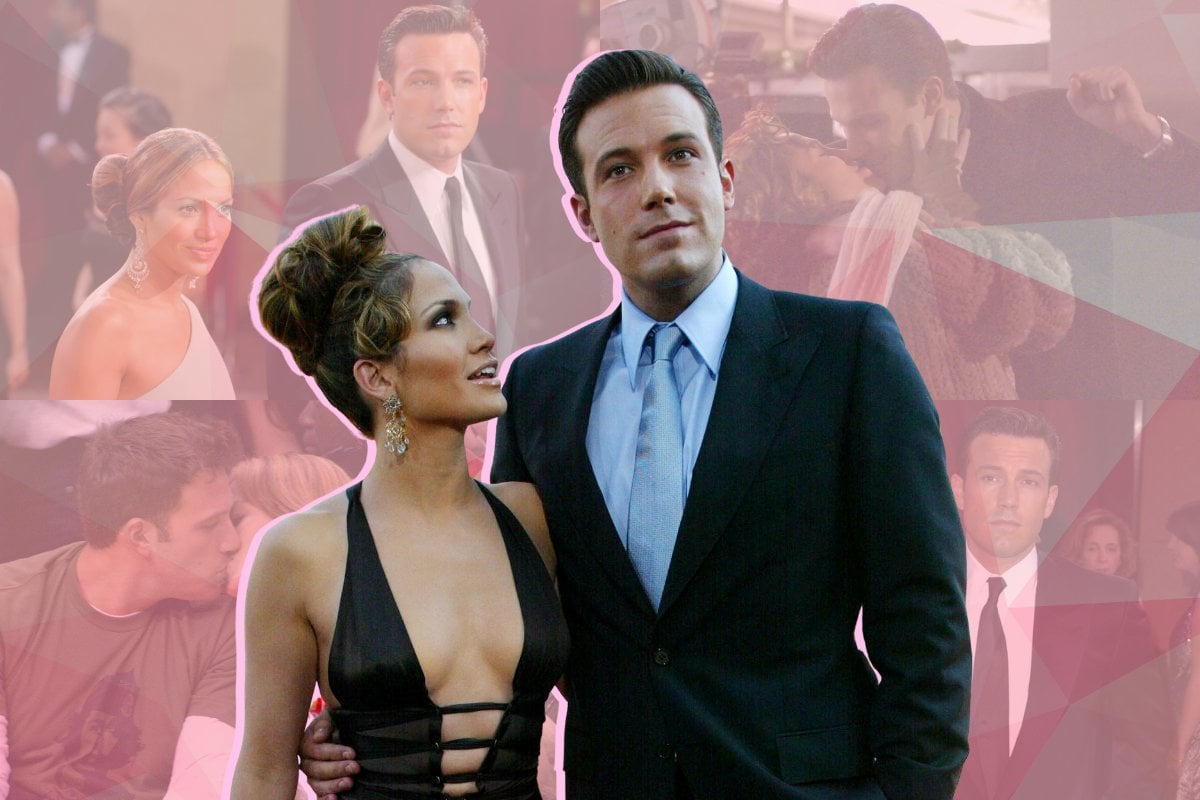 In the early 2000s, Bennifer provided us with iconic pop culture moments like the 'Jenny From The Block' music video and potentially the worst movie in existence, Gigli.

It's been 17 years since Ben Affleck and Jennifer Lopez broke up after 18 months together. In the years since, both have had further high-profile relationships and marriages while maintaining bloody solid careers. And Gigli remains the worst film they've both done.

And then in May... THEY WENT ON A WEEK-LONG HOLIDAY TOGETHER. Even more recently, Affleck spent time with Lopez's mother. Which sounds pretty bloody serious to us.

Obviously, all of this has us asking, 1. what the heck is going on? and 2. What really bad movie are they going to release next? Here is our very important investigation into everything we know about Bennifer 2.0, starting from the beginning of this year.

Affleck calls out 'sexist and racist' coverage of J.Lo.

The exes have reportedly been friendly for years and catch up every so often, but things seem to have ramped up this year before possibly turning romantic again.

In January this year, Affleck reflected on the unfair criticism Lopez faced over their relationship with The Hollywood Reporter's Awards Chatter podcast.

"People were so f**king mean about her - sexist, racist. Ugly, vicious s**t was written about her in ways that if you wrote it now you would literally be fired for saying those things you said," he said.

"Now it's like, she's lionised and respected for the work she did, where she came from, what she accomplished - as well she f**king should be!

"I would say you have a better shot, coming from the Bronx, of ending up as like [Justice Sonia] Sotomayor on the Supreme Court than you do of having Jennifer Lopez's career and being who she is at 50 years old today." 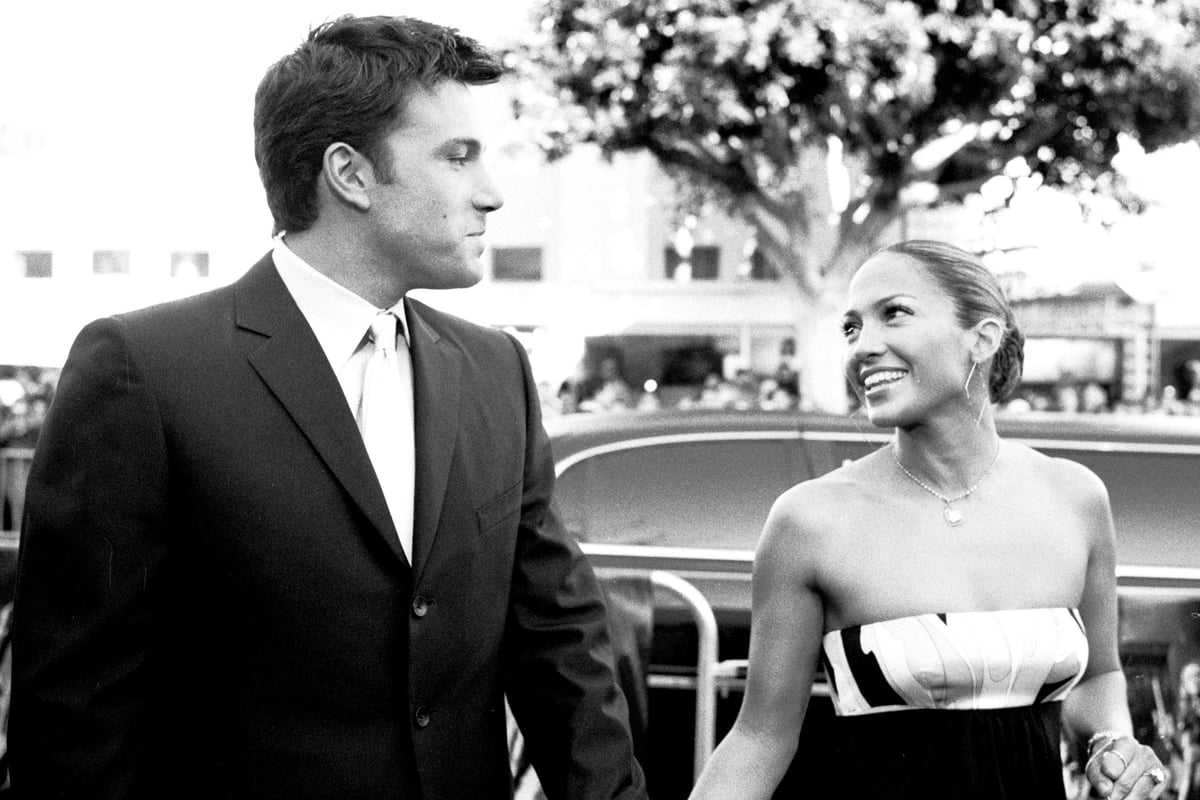 He also praised her in InStyle's May 2021 cover story.

"I thought I had a good work ethic, but I was completely humbled and blown away by what she was committed to doing day in and day out, the seriousness in which she took her work, the quiet and dedicated way she went about accomplishing her goals, and then how she would go back and redouble her efforts," he explained.

"She remains, to this day, the hardest working person I’ve come across in this business. She has great talent, but she has also worked very hard for her success, and I'm so happy for her that she seems, at long last, to be getting the credit she deserves."

He also joked about how Lopez had aged.

"Ben is funny! He still looks pretty good too," she responded.

J.Lo and Affleck hang out as 'friends'.

Affleck, 48, and Lopez, 51, both currently find themselves single, after Affleck's split from Ana de Armas in January and the end of Lopez's engagement to Alex Rodriguez in March.

Which naturally means there's been a lot of interest in whether their recent meet ups mean there's something ~romantic~ going on between them... again.

In early May, 'sources' were telling pretty much all outlets in existence the exes were just mates.

Page Six's source said of their hangouts at Lopez's LA home: "Security picks him up at a nearby location and drops him off after spending a few hours at her house."

"They obviously have a romantic history, but at this point they only have a friendship," a 'source' told ET.

"They both admire each other professionally, respect one another and feel comfortable with each other." 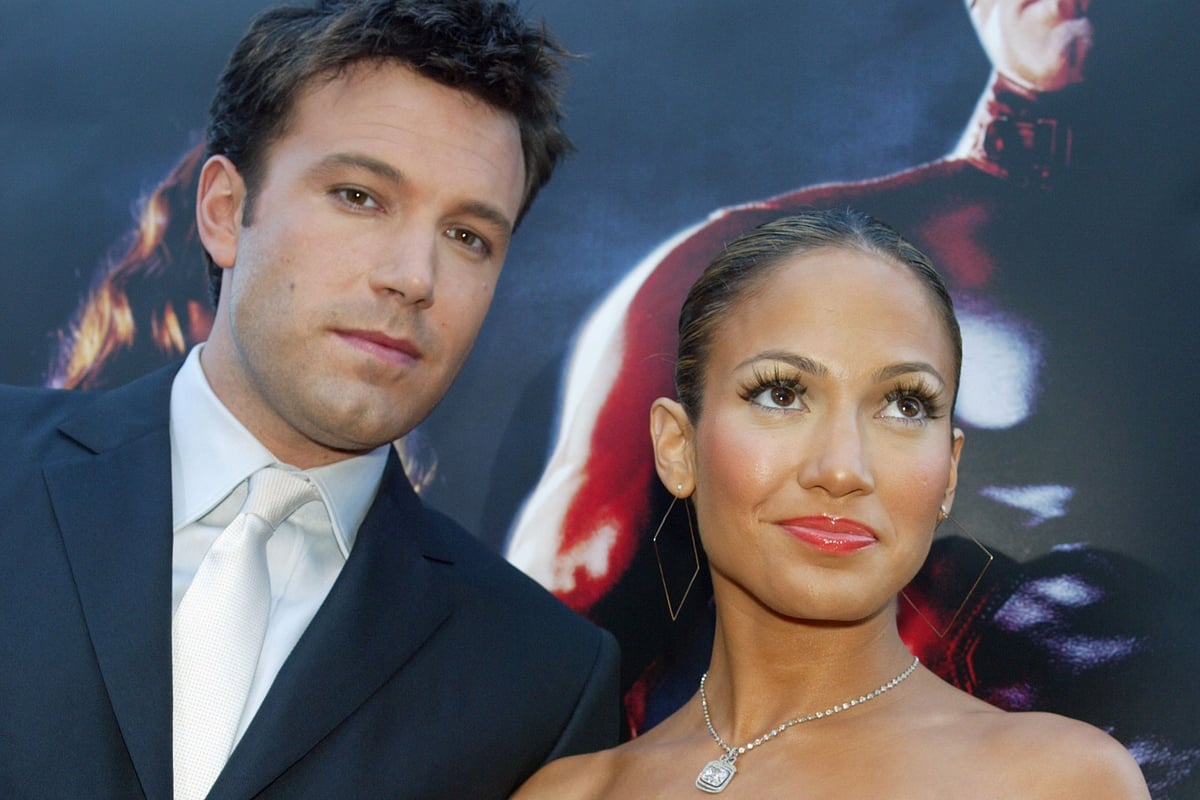 Image: Getty. A second 'source' said: "Jennifer and Ben have seen each other a few times since her breakup with Alex. Jen and Ben have remained friends over the years and the two are still just that - friends."

A source told TMZ the same, and People reported they "have a lot of love for each other" and "have always admired each other", but it was strictly platonic at that point.

But then about a week later, an ET source said things have progressed.

"They have a good time when they're hanging out and things have been easy, fun and exciting between them," the source said.

"They've stayed in touch over the years, so the two of them reconnecting isn't a huge surprise to their friends. Ben is protective over J.Lo and they're trying to be as low key as possible."

There's also these two unverified accounts from Deuxmoi, to add a bit more ~colour~ to this whole thing. 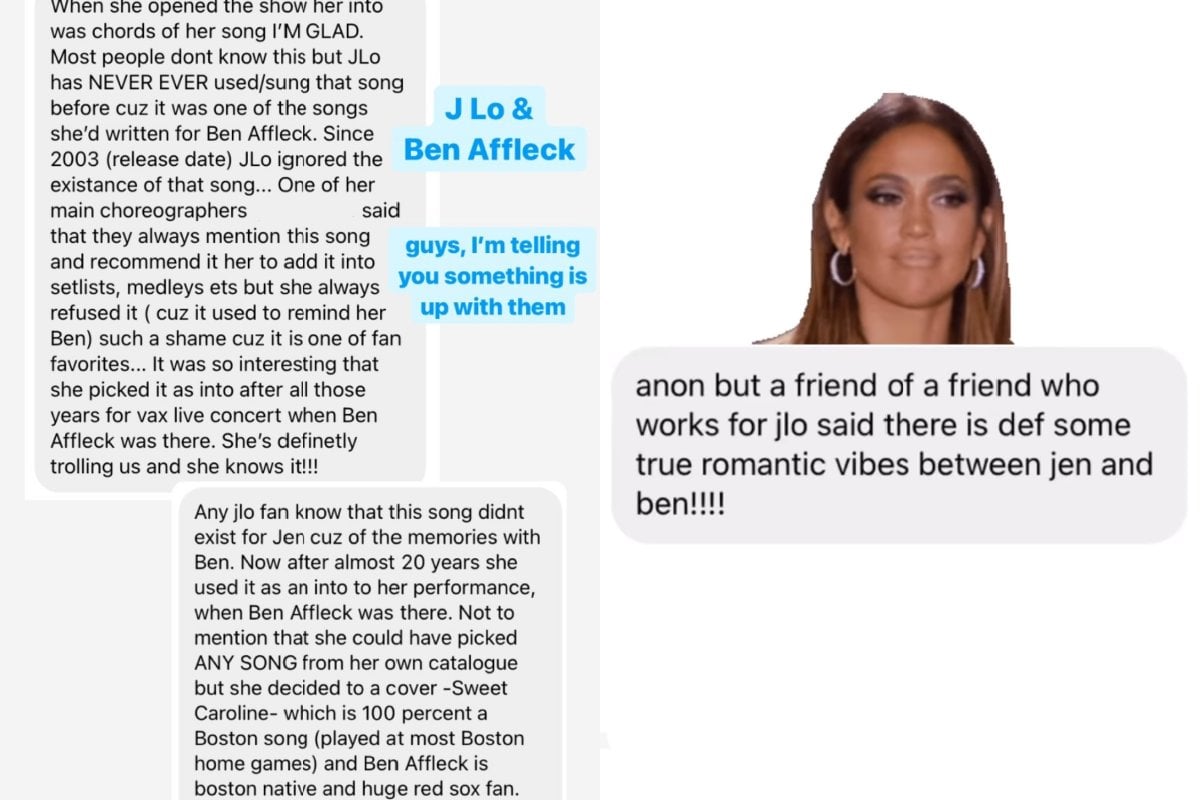 A 'couple's vacation' to Montana.

According to People, Lopez and Affleck went on a low-key, week-long vacation to Montana after they both appeared at the Global Citizen: Vax Live benefit concert in May.

"[Jennifer] spent several days with Ben out of town," a source told the publication on May 10. "They have a strong connection. It's all been quick and intense, but Jennifer is happy."

Another source told E! News they were at the Yellowstone Club in Montana for about a week, "alone".

OK. Things are evidently progressing to a romantic level.

"They are back together now." 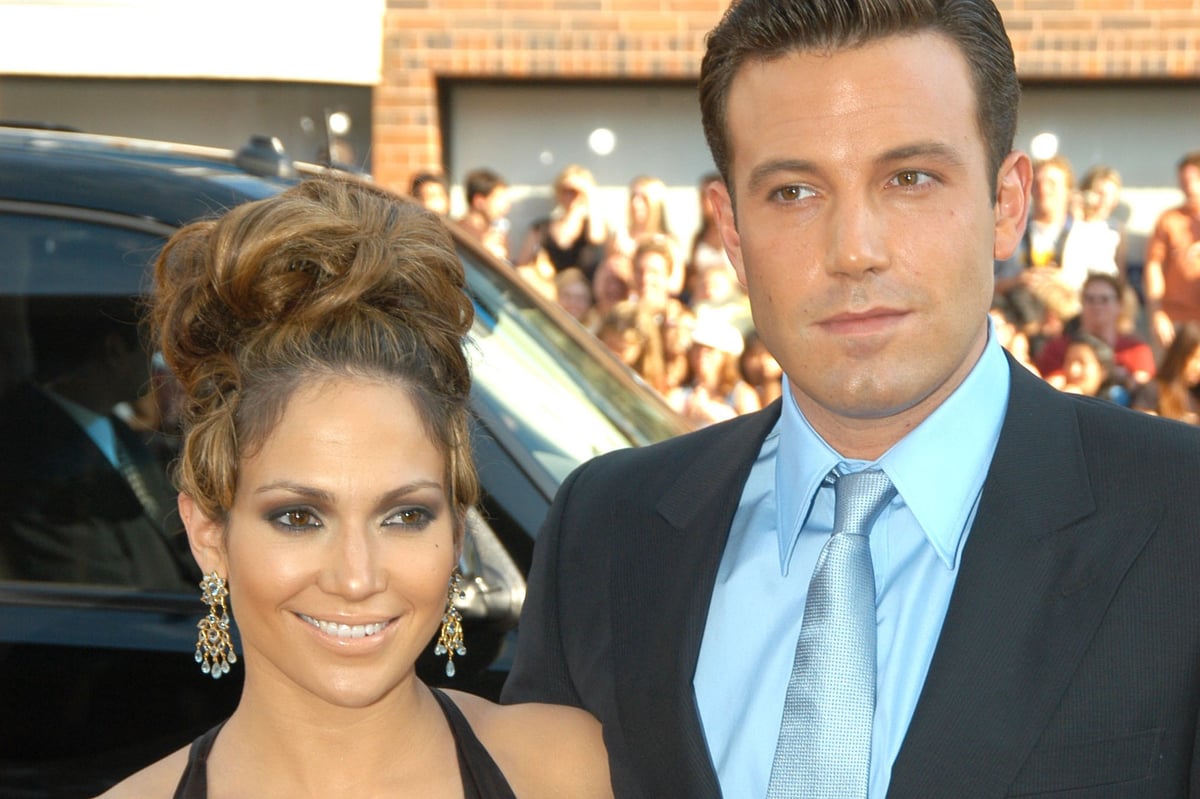 This week, a source told People they were officially back together.

According to the publication, it comes as Affleck spent some bonding time with Lopez's mother, Guadalupe Rodríguez, in Las Vegas.

"In the past, Jennifer's mum and Ben were very close. Guadalupe loved Ben. She was sad when they couldn't work things out years ago," the source told People. "She is thrilled that they are back together now."

The source continued: "Jennifer is very close with her mum. It's very important to her that the person she is with, gets along with her mom," the source adds.

There have been several sightings of the couple at each other's homes. The couple do live on opposite sides of the coast, however, with Affleck based in Los Angeles and J.Lo based in Miami.

Ben Affleck's ex-wife, acclaimed actress Jennifer Garner, is said to be in total support of her former husband and his new partner.

"Jen Garner is accepting of Ben and there is no animosity. As long as Ben stays on track and keeps the situation healthy, especially regarding the kids, then Jen is happy," a source told Entertainment Tonight.

Jennifer Lopez's ex-husband, singer Marc Anthony, has also responded, with a source telling Entertainment Tonight: "Marc just wants Jen to be happy and fulfilled. His main concern is the well-being of J.Lo and their kids. As long as Ben keeps her and their kids happy, he has Marc's stamp of approval."

The history of Bennifer.

Affleck and Lopez began dating in July 2002 after meeting on the set of Gigli and were engaged in November of that same year.

Known as 'Bennifer', Affleck and Lopez became one of the most talked about celebrity couples of the 2000s as they faced intense media scrutiny.

They also started the celebrity couple 'hybrid' name trend, which would become an iconic part of later Hollywood relationships like Brangelina, Kimye and uh, Bennifer 2.0. 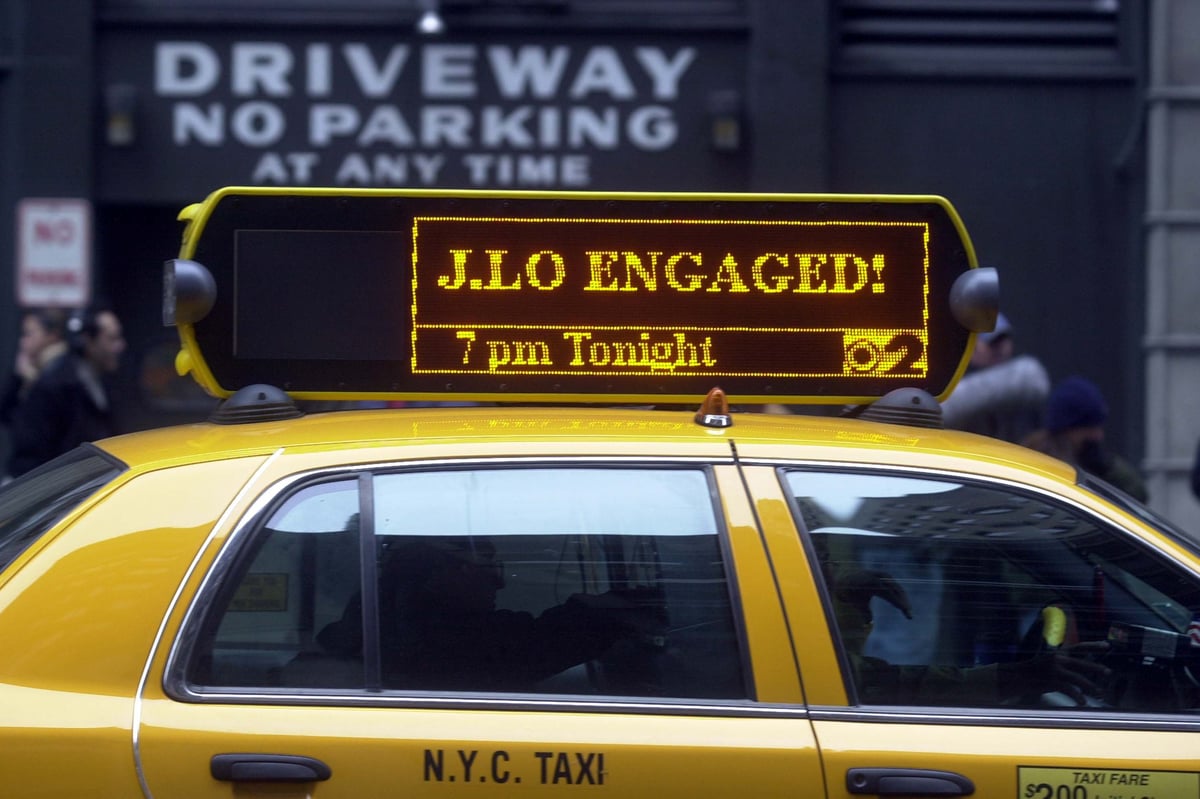 Affleck and Lopez's wedding was planned for September 14, 2003, but was postponed with four days notice due to "excessive media attention".

"When we found ourselves seriously contemplating hiring three separate 'decoy brides' at three different locations, we realised that something was awry. We began to feel that the spirit of what should have been the happiest day of our lives could be compromised. We felt what should have been a joyful and sacred day could be spoiled for us, our families and our friends," they said in a joint statement.

They remained together for a few months following this, splitting up for good in January 2004.

"I think Jen and I made a mistake in that we fell in love, we were excited and maybe too accessible," Affleck said in 2008. "I don't think either of us anticipated the degree to which it would take on a world of its own."

Lopez agreed, telling People: "We didn't try to have a public relationship.

"We just happened to be together at the birth of the tabloids, and it was like, 'Oh my God.' It was just a lot of pressure. I think different time, different thing, who knows what could've happened? But there was a genuine love there." 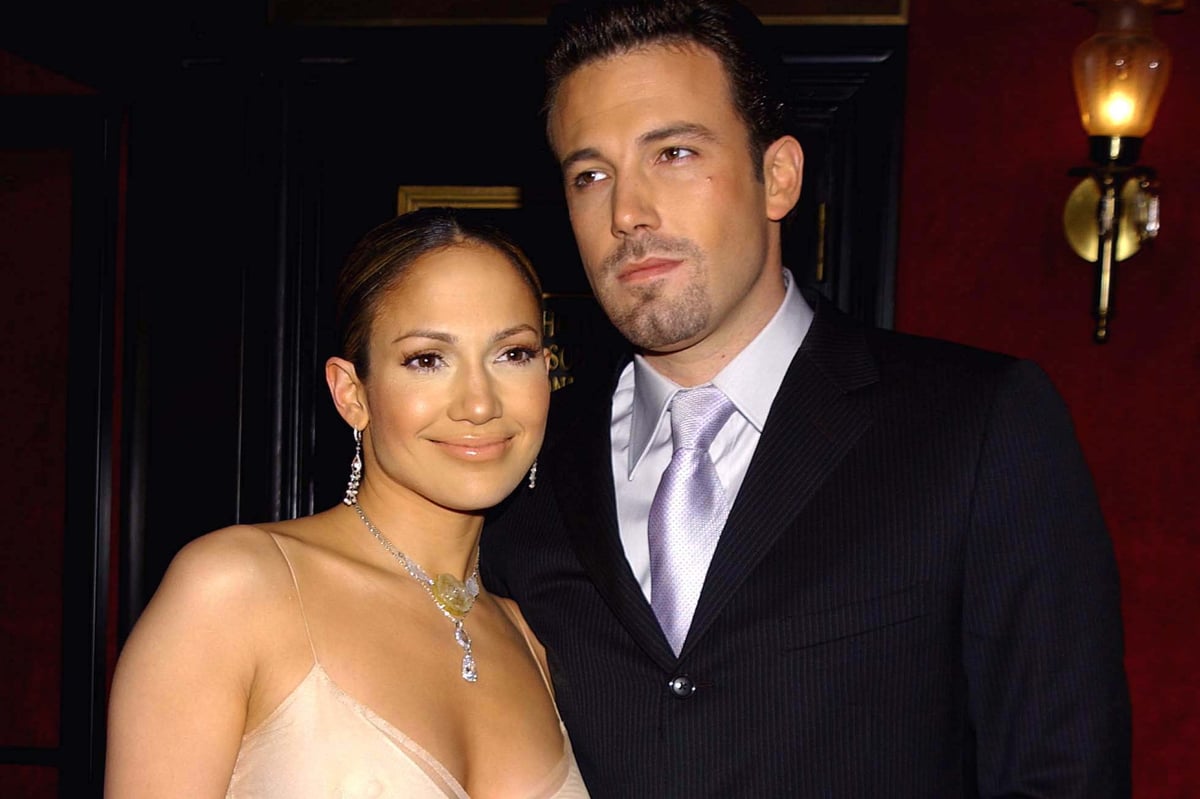 Image: Getty. In her 2014 memoir, Lopez said her split with Affleck was her "first real heartbreak".

"It felt like my heart had been torn out of my chest," she wrote.

Lopez married Marc Anthony in June 2004, five months after breaking up with Affleck.

This article was originally published on May 3, 2021 and has been updated.