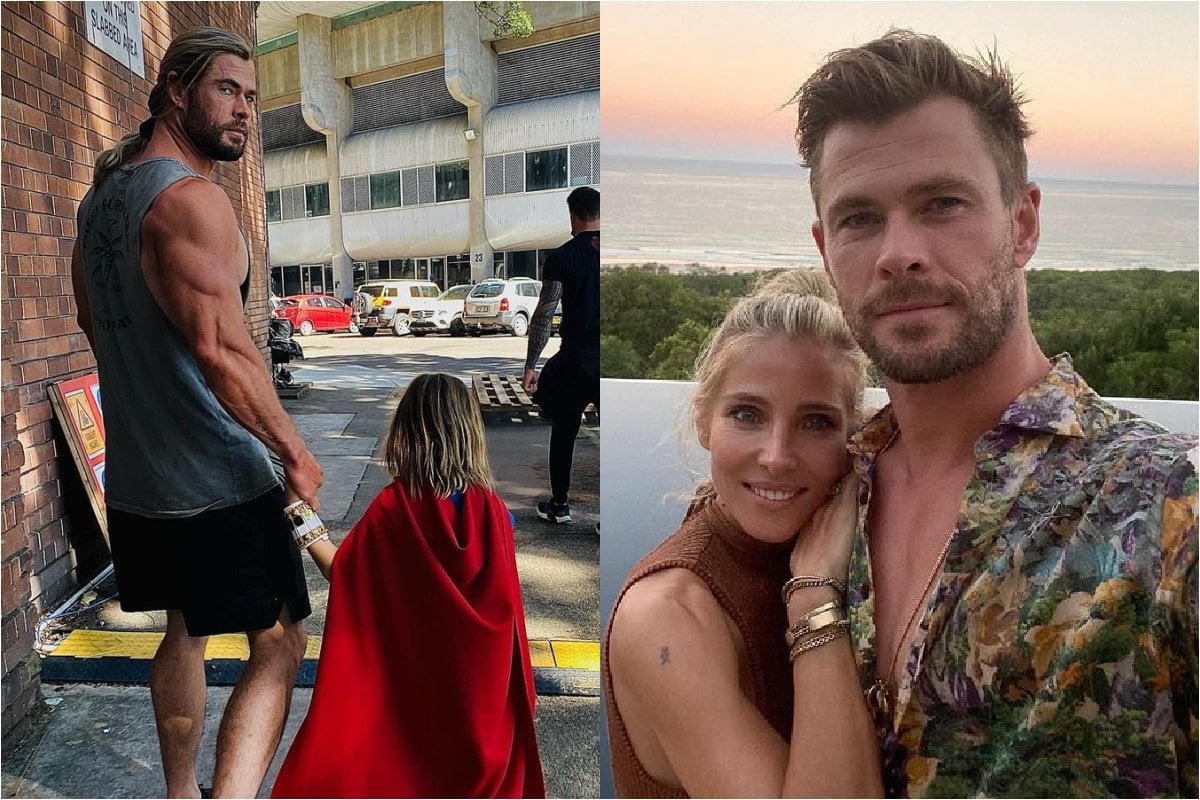 Whilst Chris Hemsworth and Elsa Pataky lead lives of fame and fortune, they ultimately have one priority: family.

On the one hand, they've enjoyed highly successful careers that have respectively found them in the prying eyes of the public. But together, they moved to New South Wales' Byron Bay in 2014, far away from the Hollywood lights, with their family of five after 10 years of marriage.

More recently, they've temporarily moved to Sydney whilst they work on separate films.

Fans often herald them as the 'perfect' couple, but as they often say in interviews, their relationship is far from.

Here's what we know about Chris Hemsworth and Elsa Pataky's family life. 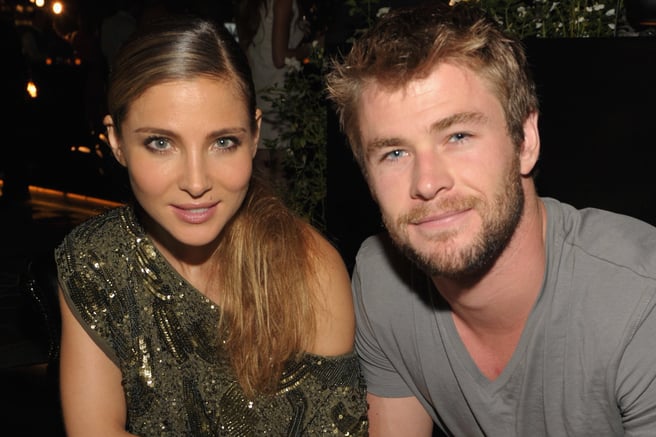 "There was no light-bulb moment," Hemsworth said in a 2015 interview with Elle about meeting Pataky. "From the first time we met, we just made sense. She's fun. She's outgoing, and she has a sense of humour and a passionate attitude toward life, which is nice to try to keep up with."

Elsa Pataky told Stellar magazine in 2018 that they met at a good time in their respective lives.

"When I met Chris, he was just starting out. I had started young and I had worked a lot. I was happy to take a break and just be a mum," she reflected. "We met in a great place for both of us. I was totally confident within myself."

The couple went public with their romance in September 2010.

Their kids and family life.

By December 2010, Pataky and Hemsworth were tying the knot in an intimate ceremony in front of their family in what was, according to them, a spontaneous decision.

“There was no great plan to any of it to be honest,” Chris said on Good Morning Britain in 2016. “We were on holiday and we said, ‘Why don’t we get married too?’ And then the next minute…

"There probably should have been some planning but it all worked out. Honestly, we had both our families on holiday at the same time, just randomly, and we said this is a good opportunity with everyone together, so we just did it.”

Hemsworth added: “It just felt right, it made sense.”

Not even two years later, and the couple were welcoming their first child together, daughter India-Rose, who is now eight. 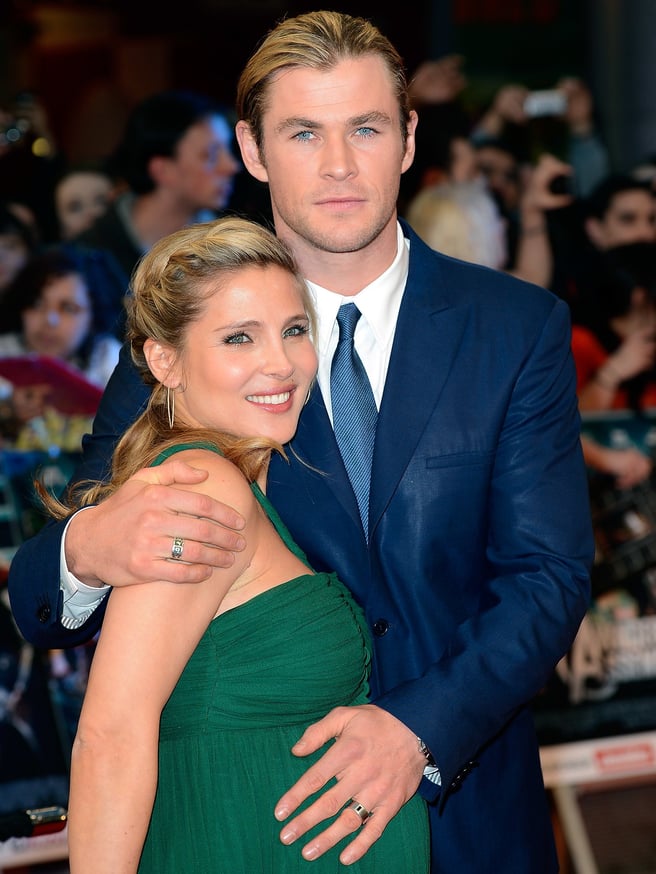 At the time, Pataky - who is a Spanish model and actress - told ¡Hola! magazine that "having the person that you love by your side and starting a family with them is the best thing that can happen to you in this life. You can't ask for more."

After giving birth to their three children, Hemsworth told WHO: “Watching her be a mother made me fall even more in love with her. Once we had kids we were like, ‘We’re in it, this is it.’”

He continued: “All of a sudden I had a greater appreciation for my wife, she kind of came into her own when we had kids. She certainly keeps me sane. I complain about things, she gets on with it.”

Listen to Mia Freedman's interview with Elsa Pataky on No Filter here. Post continues below.

Over the years, the couple have spoken openly about navigating their marriage, careers and parenthood.

In 2017, Hemsworth admitted their busy schedules had put a strain on their marriage.

"My wife and I fell in love, had kids, didn’t really see each other for a few years, then fell back in love,” he told GQ Australia.

“In terms of work, she’s certainly given up more than I have. She’d like me to step back and be at home with the kids more, and of course, I want that too. But I feel like I’m at this crucial point in my career – I’ve just got to set up for longevity or I’ll slip off.”

The Thor actor was also candid about how becoming parents had changed their relationship, saying, "Once you have children, every instinct and every moment of your time is consumed by that.

"You've got nothing for each other... most of the time, you're just too tired and you'd actually prefer to sleep."

In an interview with Body & Soul, Pataky said she initially struggled with being a mother.

“I remember feeling a bit lost when I had India,” she said.

“I thought my life was going to be the same (when I had kids) and I would keep working. But I couldn’t. Chris would come home and say, ‘How was your day?’ And I didn’t feel proud to say: I’m just a mum. But you should. Because it’s the hardest but greatest job in the world.”

It's not the first time Pataky has spoken so openly about the balance of career and motherhood.

In 2018, Pataky told ELLE Australia: "It's interesting how you can be a successful woman who has been working her whole life, and then you have kids and suddenly your career isn't as important and you don't appreciate it as much, and you just think, 'What am I doing? I have been fighting all my life for this and now I don't know if I really want it?'" she reflected.

"It's unfair in a way because I don't think men go through that. But when you become a mum, everything that was important goes into second position. You change a lot, you mature, you see life differently and learn so many things."

In June 2019, Hemsworth announced he was taking a brief break from his acting career to spend more time with his family.

"I’ve spent probably 15 years in what felt like a marathon, a constant workload," he told GQ Australia earlier this year.

"So much of my energy has been geared towards that, and then having kids at the same time, I’ve been constantly trying to find the balance. I’ve really yearned for more stillness and felt a definite need to slow down."

Their family life in Byron Bay and Sydney.

In 2014, Pataky and Hemsworth bought a $7 million home in the coastal town of Byron Bay.

"You're a little bit too much in the eye of the storm when you're living in Hollywood," Hemsworth explained to GQ last year.

"Living in Australia, it's also easier to detach myself from work - and you get a bit more leeway to let a few emails and phone calls slide on by."

Feliz cumpleaños mis chicos, por un año más juntos en esta vida, por la que vais a tener que ser fuertes. No son tiempos fáciles pero tengo toda mi esperanza en vosotros y vuestra generación. Gracias por enseñarme cada día lo que es el amor. 🎈 Happy birthday my boys, one more year in this world. These are uncertain times and not easy ones, but I have hope in you and your generation to be strong and fight for a better future. Thank you for teaching me what is love each day.

More recently, the couple have temporarily relocated to Sydney whilst both Hemsworth and Pataky work on films at Sydney’s Fox Studios.

"It’s a whole new experience. We are loving being in the city and the kids will go to school here," Pataky told Sydney Morning Herald in March of this year.

Pataky added: "I can’t dress down as much as I do in Byron Bay – we hope to get back there on the weekends. Byron has been beautiful. We made the right decision in 2014 to leave LA and come to Australia – it’s been great for the kids to be in nature, enjoy animals and go horse riding."

Evidently, the couple are most concerned with their family over their fame.