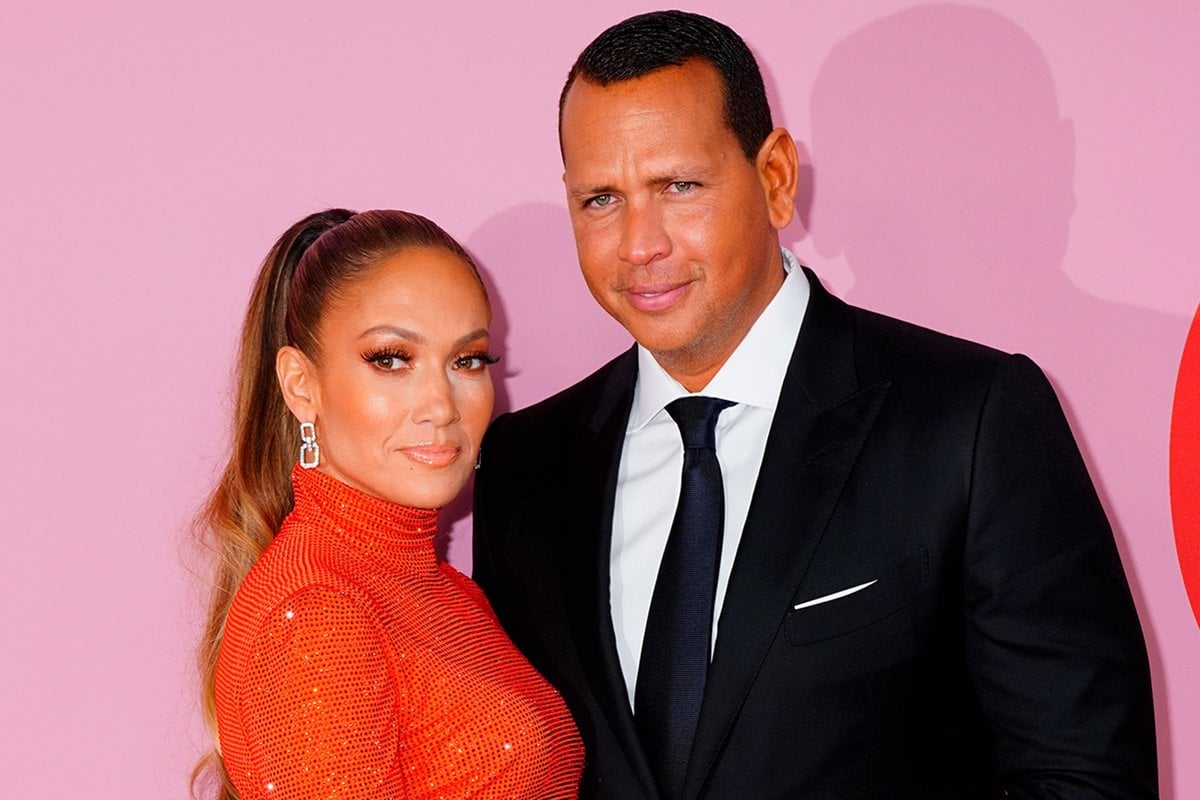 Jennifer Lopez and Alex Rodriguez have called off their two-year engagement.

The couple, who have been together for four years, confirmed their split in a joint statement on Thursday.

"We have realised we are better as friends and look forward to remaining so," the pair shared.

"We will continue to work together and support each other on our shared businesses and projects. We wish the best for each other and each other’s children," the statement continued.

"Out of respect for them, the only other comment we have to say is thank you to everyone who has sent kind words and support."

Before the couple went public with the news on Thursday, Rodriguez shared an Instagram Story of him panning over photos of him and Lopez, while Coldplay's 'Fix You' played in the background.

JLo and Arod finally call it a quits and this is the story he posts on Instagram??? Ummm ok Arod 🙈 pic.twitter.com/SgWVt1f3Vu

The couple's break-up news comes a month after multiple news outlets reported that J-Lo and A-Rod (or J-Rod as they are affectionately nicknamed) had ended their relationship.

"The couple have called off their engagement and have decided their relationship has run its course," an unnamed source told Entertainment Tonight last month.

The couple chose not to comment on the speculation at the time. However, they later released a joint statement to USA Today, denying the reports.

"All the reports are inaccurate. We are working through some things," they said in the statement, delivered via Rodriguez's representative.

While Lopez and Rodriguez didn't go into anymore detail, only stating that "they never officially broke up and talked about it but are still together."

A source supposedly told PEOPLE: "They hit a rough patch. But were not broken up."

The news comes after rumours started swirling last month that Rodriguez had an alleged affair with Madison LeCroy, who appeared on the US reality show Southern Charm.

It all started when LeCroy's co-star, Craig Conover, claimed she hooked up with an ex-MLB star during the Southern Charm season seven finale.

"You were flying around the country sleeping with men, married men!" Conover claimed.

"Ex-MLB players. That’s what you were doing during quarantine. You know why Austen was at my house? ‘Cause, you weren’t talking to him! You flew to Miami to f**k an ex-MLB player."

But LeCroy denied hooking up with the baseball player.

"Put me on a lie detector test. I never flew to Miami. Where’s the record of that? That’s fake," she said at the time.

Fans later speculated that LeCroy was having an affair with Rodriguez.

In February, the reality star addressed the rumours in an interview with Page Six, saying that her and the former baseball player have "spoken on the phone" but have "never met up".

She went on to say that they have "never been physical... never had any kind of anything."

"He's never physically cheated on his fiancée with me," she added.

Neither Rodriguez nor Lopez have commented publicly but a source close to Rodriguez told E! News that "Alex doesn't know her and has never met her".

Lopez and Rodriguez announced their engagement back in March 2019, after two years of dating.

"She said yes," Rodriguez wrote on Instagram, alongside a photo of the singer wearing a massive solitaire cut diamond engagement ring. Lopez shared the same photo over on her Instagram.

The couple were originally planning to tie the knot in June 2020, but in March, Lopez announced they had to postpone their plans due to COVID-19.

"I'm a little heartbroken because we did have some great plans, but I'm also like, you know what? God has a bigger plan," she said on the Today show at the time.

"So we just have to wait and see. Maybe it's going to be better. I have to believe that it will be."

She later told US talk show host Andy Cohen that they've talked about the possibility of staying together without getting married.

"We've talked about that for sure. I mean, at our age, we've both been married before, it's like, do we get married? Do we not? What does it mean for us?" she shared on Radio Andy in December.

"It was really sad because we were supposed to get married in June and we had planned it all. So in March or April, we're looking down the pipe and we're going, 'This is maybe not going to happen'. Italy's the worst place in the world. And we were going to get married in Italy. It was like, 'Okay, we have to cancel everything'."

In an interview with Allure magazine, Lopez shared that she went to couples therapy with Rodriguez during lockdown.

"It has been actually really good. We got to work on ourselves. We did therapy," she told the publication.

"I think it was really helpful for us in our relationship."