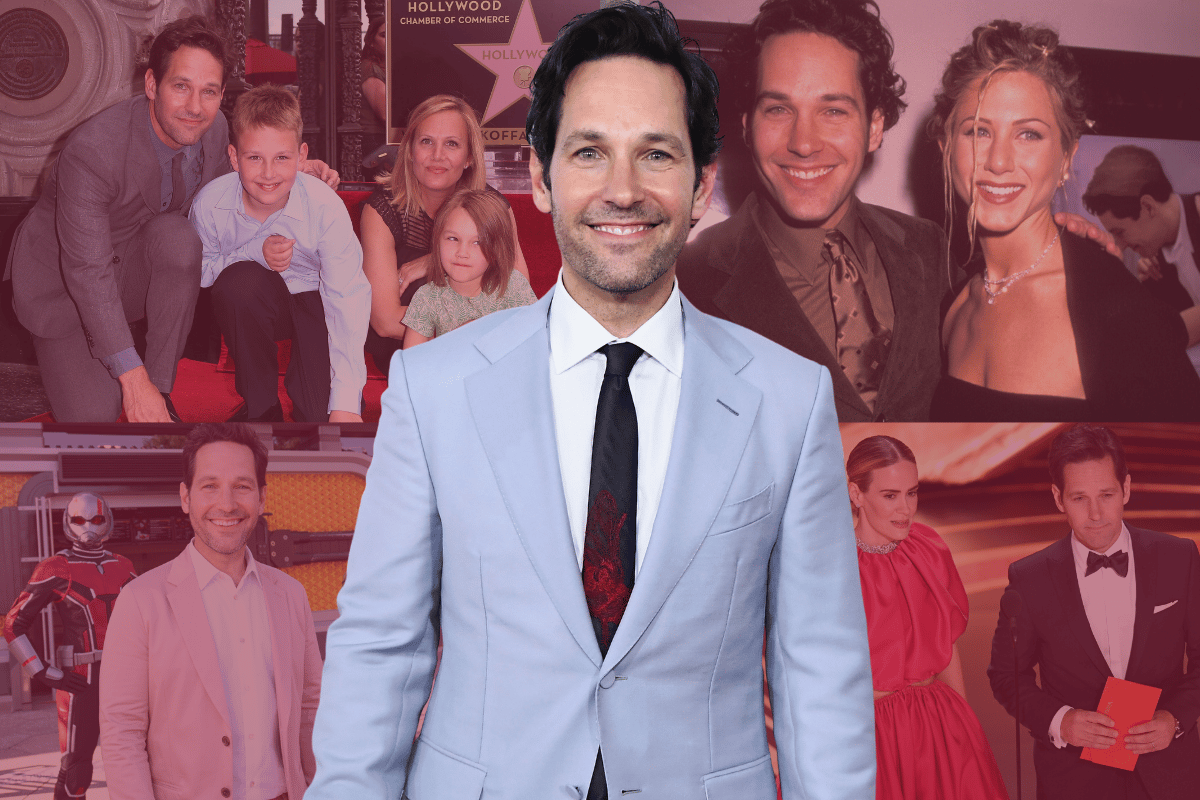 We know Paul Rudd as one of the nicest men in Hollywood.

But now, we can officially refer to him as the "Sexiest Man Alive” too. Well, at least in 2021.

Whether it’s his rise to fame, his inability to age, or the fact he may just be the most unproblematic celebrity to date, there is plenty to unpack when it comes to Paul Rudd.

Watch Paul Rudd in This Is 40 Trailer. Post continues below.

Paul Rudd and his sister Mandi were born to British parents, Michael and Gloria. The family moved from New Jersey to the suburban Kansas City, Missouri: a humble upbringing which Rudd thinks was best for him.

“They told me I could be anything I wanted to be, but I had to work hard for it. They also provided a home in which I could believe in myself, so when I was starting out I felt like I was able to conquer the world,” Rudd said in an interview with Marie Claire.

“Of course, I was completely naïve, but I have to believe that was because I knew I was supported emotionally (and in every other way) by my mum and dad.” 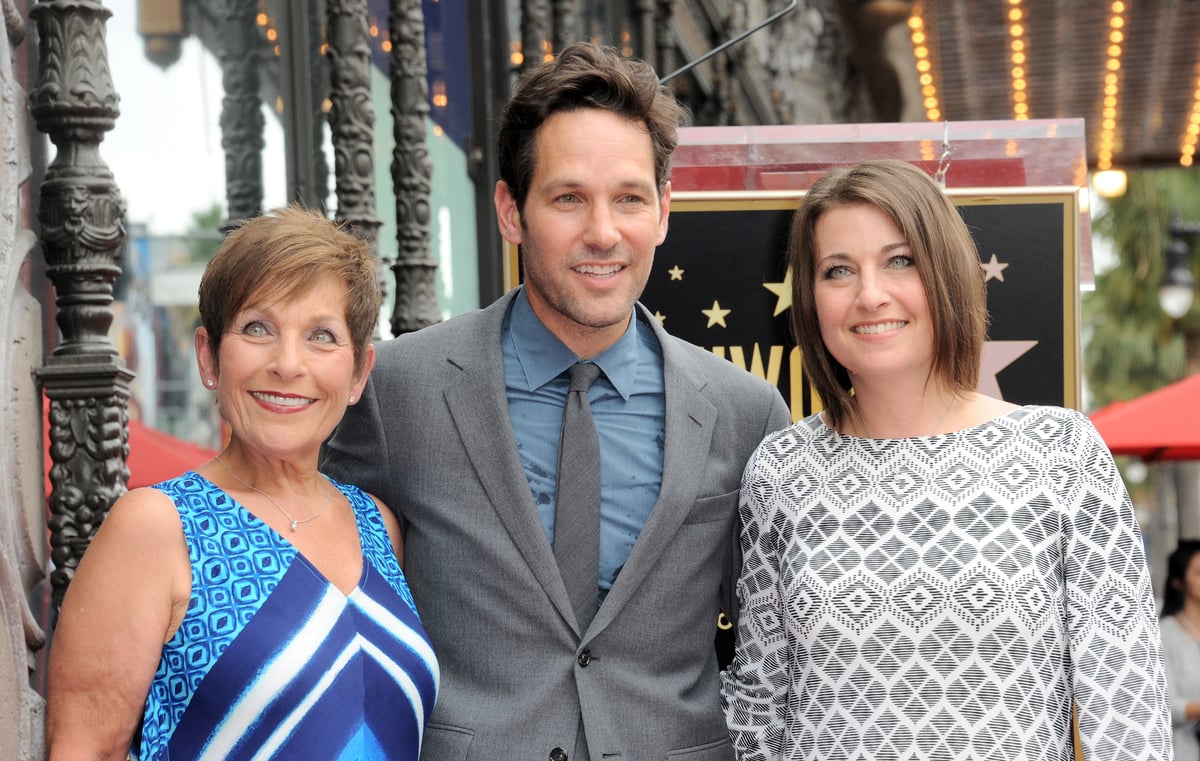 Paul Rudd with his mother and sister. Image: Getty.

A video on TikTok went viral in 2020 in relation to Rudd’s parents. Mainly because his parents are in fact second cousins.

In a 2017 episode of Finding Your Roots, Rudd learned about his family's heritage. Both of his parents descended from Ashkenazi Jewish immigrants who moved to England. His grandfather had changed their family’s last name from Rudnitsky to Rudd to help their employability.

In the episode, the actor said to host Henry Louis Gates Jr.: “I think the way I heard it was, ‘they all decided to change their name to Rudd. They couldn’t get work cause no one was hiring Jews in London'.”

The host went on to explain that his parents were second cousins: meaning they share a great-grandparent.

“Which explains why I have six nipples,” Rudd joked in response. “Does this make my son also my uncle?”

In 1995, iconic high school flick Clueless hit cinemas for the first time, and little-known stars such as Alicia Silverstone and Paul Rudd were catapulted into the spotlight.

Rudd played the loveable character of Josh, and in 2020 Silverstone told Vogue that Rudd was the most like his character in real life compared with the whole cast.

“He’s just a good guy who’s smart and loveable and all those good things that make up Josh.” 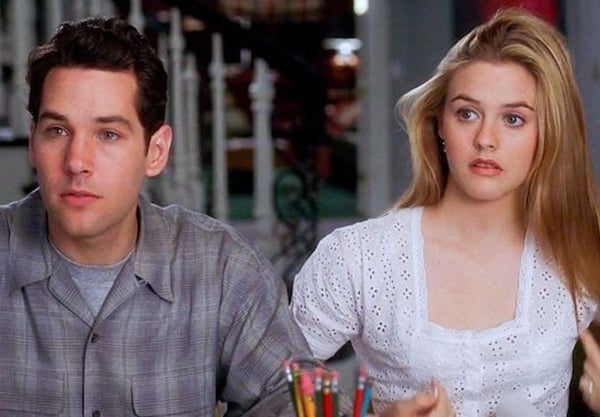 In 2019 some of the cast came back together as part of the Clueless Reunion Panel, including Silverstone and Rudd.

And goodness, it was super nostalgic to see what the cast is doing now. 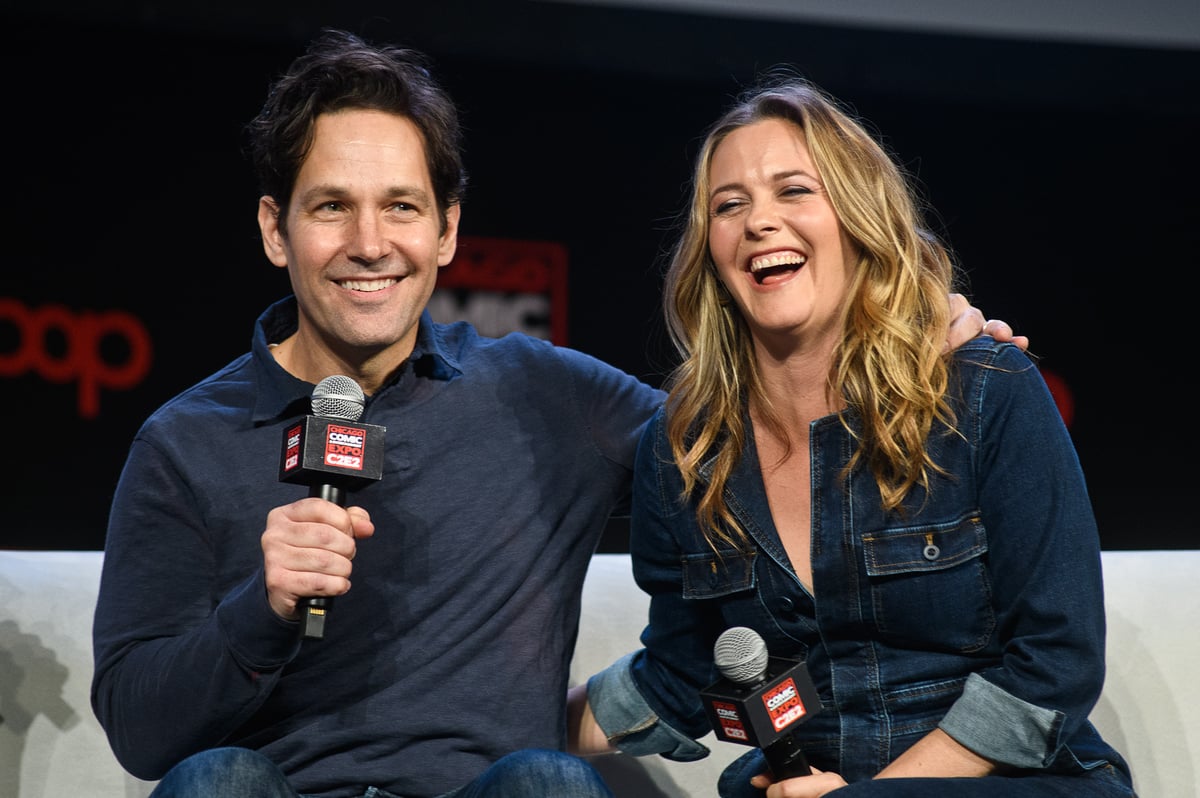 After the overnight success of Clueless, Rudd went on to perform in something completely different: some good ol’ Shakespeare.

For Baz Luhrmann’s 1996 recreation of Romeo and Juliet, Rudd played the character of Paris, the suitor of Juliet.

In 1998, Rudd starred in the romantic comedy The Object of My Affection alongside Jennifer Aniston. In the film, Aniston plays a single woman who falls for her best friend, played by Rudd: the only catch is he happens to be gay.

The pair were rumoured to have been an item for a few months, but decided they were better off as friends. And this is the perfect segue into one of Rudd’s other iconic roles: playing Phoebe’s husband Mike on Friends. 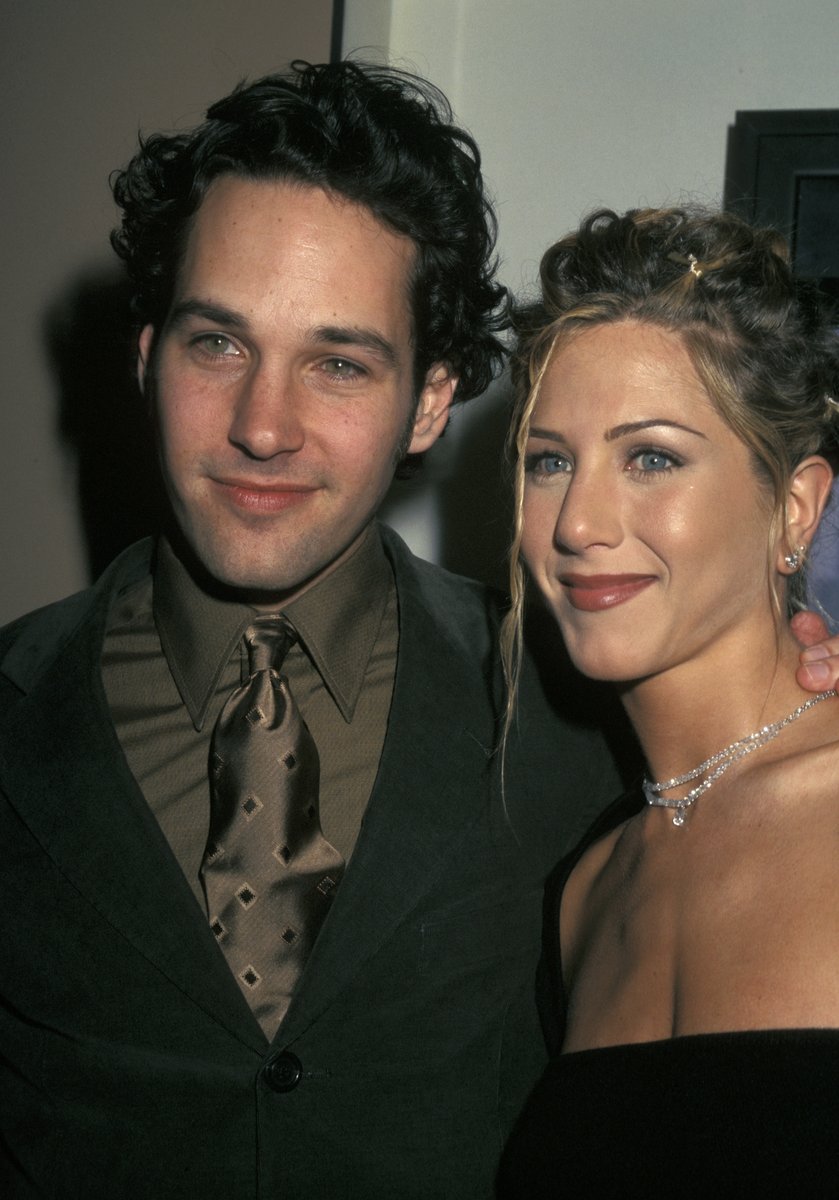 “In something like Friends, the show was about them, but it's an interesting thing to be a part of,” Rudd said during a conversation with Chris Evans for Variety’s Actors on Actors series.

“I was only in it for just a blip. But there’s a very interesting feeling to be a part of something that has that kind of profound impact on pop culture.” 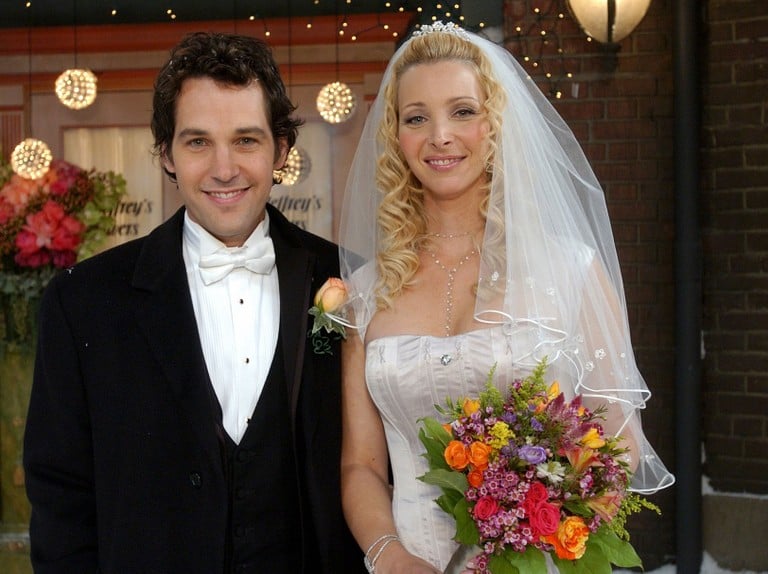 This week, Rudd revealed to PEOPLE that he has started watching the hit sitcom with his daughter.

“I’m far enough away from some things now that I can allow myself to be a little nostalgic about it. But then she’ll just be like, ‘well, you’re not Joey’.”

It’s nice to see that the cast appear to have remained close with Rudd, the actor and the three leading ladies of Friends pictured at a recent event together. 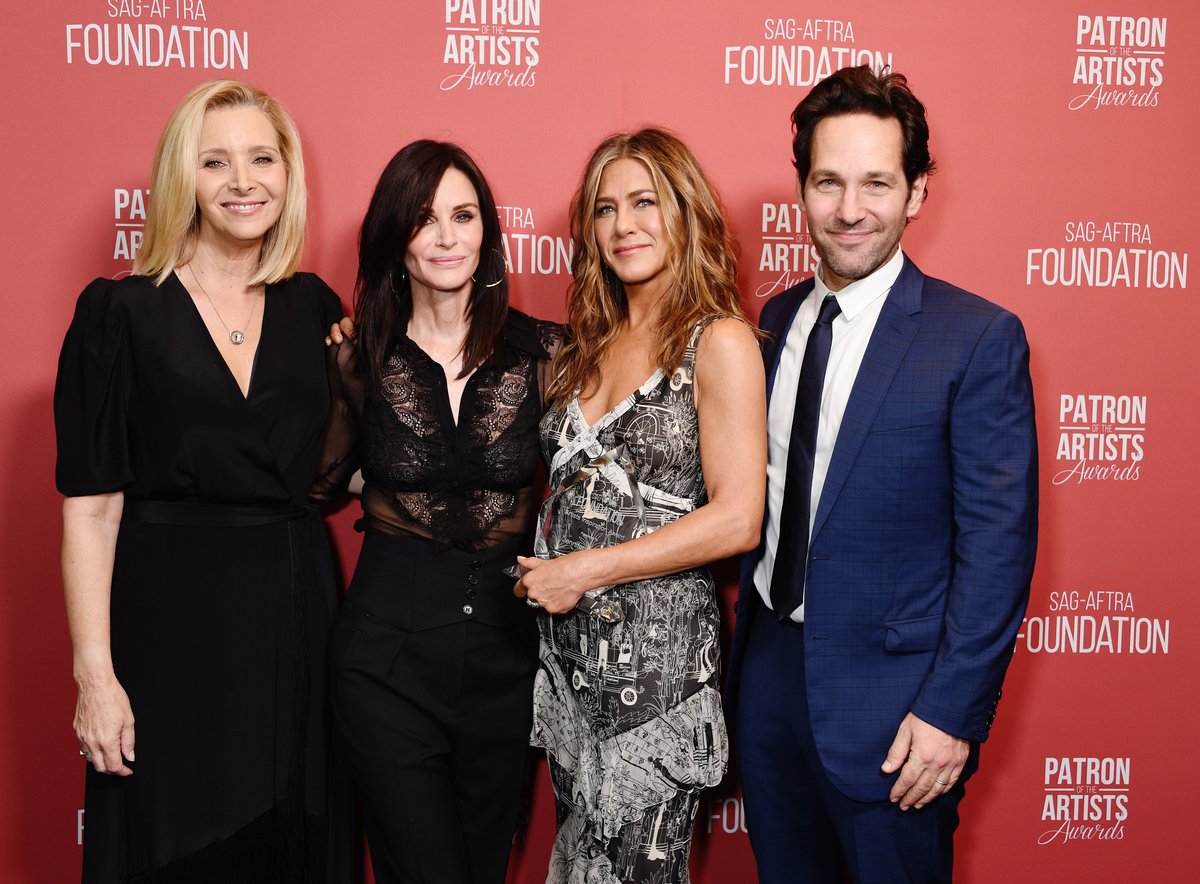 Since his early roles, Rudd went from strength to strength in his career.

Notable highlights include the Anchorman franchise, The 40-Year-Old Virgin, Night at the Museum, This is 40, Ant-Man and Avengers Endgame: just to name a few!

There’s something about celebrities who have been happily married for decades that simultaneously surprises the world and makes us love them more.

Because as we all know too well: long marriages tend to be a rarity in Hollywood.

And it seems that Rudd's own marriage stands out as a beacon of normalcy amid the whirlwind of celeb couple breakups.

Rudd has been married to his wife, Julie Yaeger, since 2003 after meeting her on the first day of arriving in New York City. 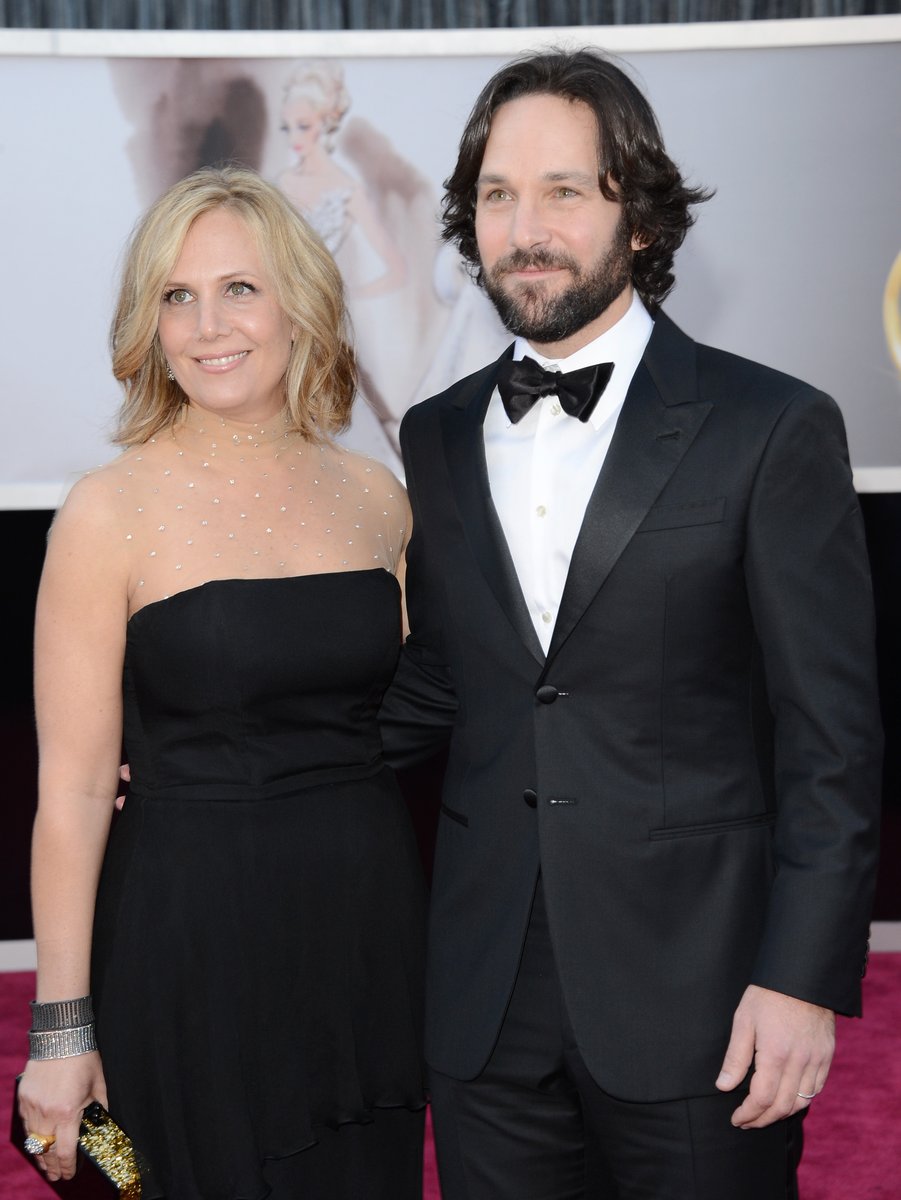 According to Nylon Guys Magazine, the story goes as follows:

“When Rudd arrived in the city, he went straight to his publicist’s office with his luggage. As he was late for an audition, a girl working there offered to drop off his bags at his friend’s apartment. A few days later, hardly knowing anyone in the city, Rudd asked the girl, Julie Yaeger, if she would like to get lunch.” The rest, as they say, is history.

They are now parents to their son Jack, 17, and daughter Darby, 12.

In 2018, Rudd told Marie Claire how his family will always be his priority. 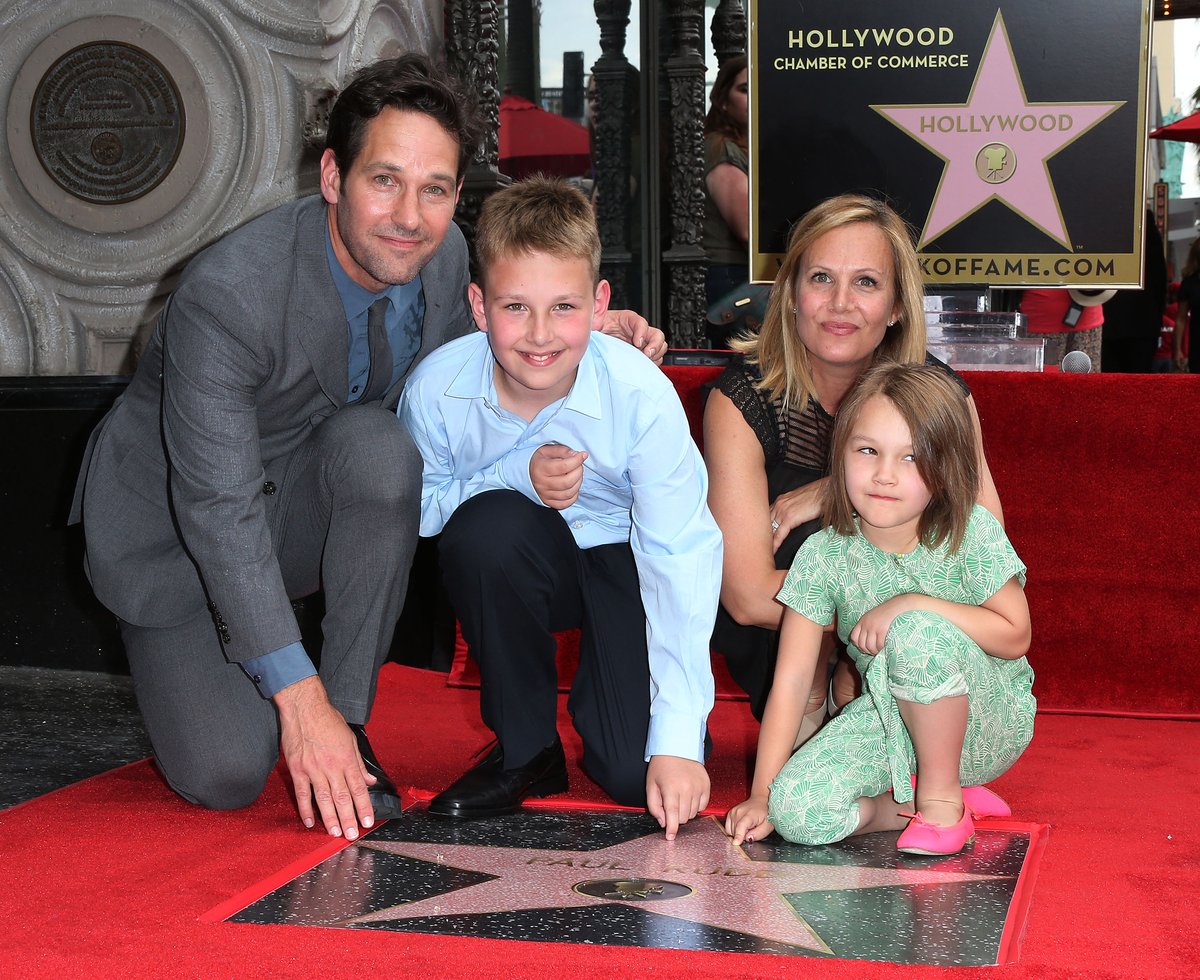 “I don’t come from a family of actors, I didn’t grow up around it and so when I go to Los Angeles for work, or to a premiere, I like it because it feels like I’m just popping in. I identify myself as a parent and a husband way more than somebody who rides around on the back of an ant.” Iconic.

As he said to PEOPLE this year: “I just hang out with my family when I’m not working. That’s what I kind of like the most.”

Paul Rudd on being unproblematic and the “nice guy” of Hollywood.

When it comes to the men of Hollywood, recently there has been a wave of reckoning when it comes to their behaviour. With so many men in the spotlight being called out for inappropriate behaviour or sexual assault allegations, it’s clear to see that the industry is in need of some decent guys.

And luckily, they have found that in Rudd.

As the New York Times wrote in their 2015 profile on the actor: “One thing you always hear about Rudd is that he is ‘likeable’.”

In 2011, Rudd spoke about his lack of controversy, telling Elle: “I don't think I’m going to sell a lot of tabloids. My wife and I have been together for 16 years.”

It’s also super lovely when you see celebs doing good things for others.

It’s a cause close to Rudd’s heart, who works closely with the Children’s Mercy Hospital in Missouri.

“I’m grateful and touched to be a part of this group,” Rudd said. “I work with a lot of kids and families. It’s not just the kids. It’s the entire family. The parents, the brothers, the sisters. This is a real honour to give back.” 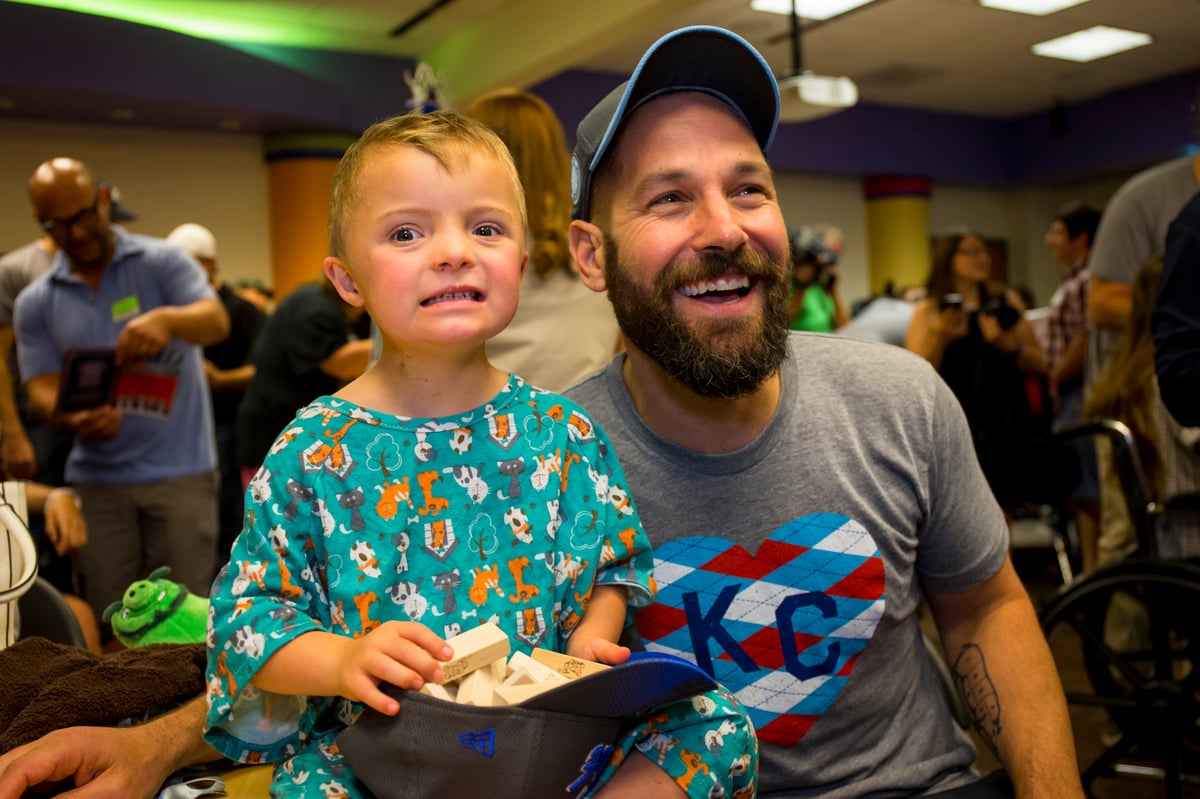 The Big Slick Celebrity Weekend is an annual event Rudd co-founded to raise money for the Cancer Centre for kids at Children's Mercy Hospital.

For ten years, Rudd and his team have hosted the softball game, as well as recruiting a band of celebrity guests to visit the kids in the hospital and help bring in donations.

“The fighting spirit of a lot of the kids that are here is an example of how to live your life. They’re the most loving, positive, incredible group of kids: and the families too. The relationship that we have with this place now is so intense that it’s become part of our lives,” Rudd said in an interview with Time Magazine. 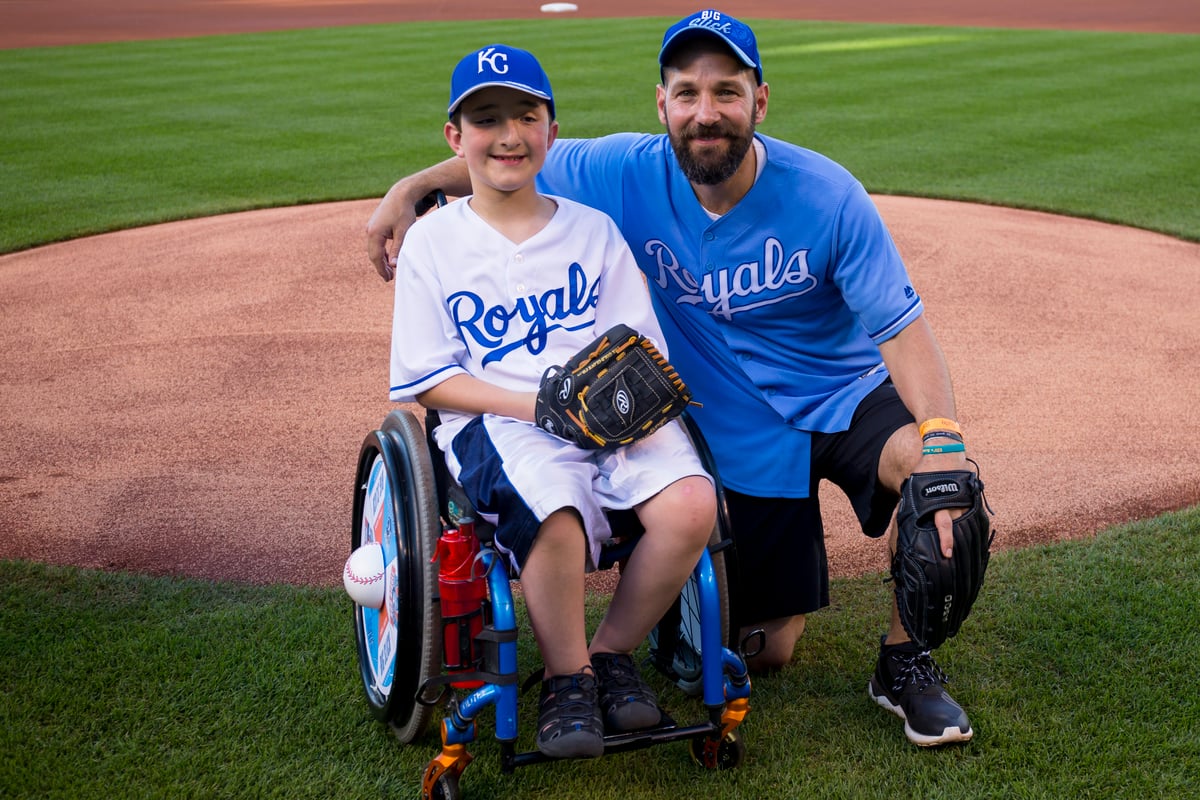 There’s no denying that Rudd is an iconic figure, but what people can’t stop talking about is... his face.

And by that we mean the fact that he looks immortal.

Just look at the difference between these images from 1999 to 2019: for 52-years-old, Rudd is looking better every day.

As for how Rudd has responded to the compliments?

“I’m 80-years-old on the inside,” he said according to the Chicago Tribune. “In here, pure darkness: and a little moisturiser.”

And that response is exactly why the world froths over him.

Paul Rudd on being labelled ‘The Sexiest Man Alive’.

So with all this information in mind, it makes sense why Rudd has officially been named ‘The Sexiest Man Alive’ for 2021 courtesy of PEOPLE Magazine.

Listen to today's episode of The Spill which discusses Paul Rudd's win of being labelled People’s 2021 Sexiest Man Alive. Post continues after audio.

And according to the man himself, Rudd is going to milk it for all it's worth.

“I’m going to own this. I'm not going to try to be like ‘oh, I’m so modest.’ I’m getting business cards made,” Rudd said in an interview with PEOPLE this week.

“I do have an awareness, enough to know that when people hear that I’d be picked for this, they would say, ‘what?’ This is not false humility. There are so many people that should get this before me.”

Rudd’s wife Julie was the only person he told ahead of time about his sexy new title.

“She was stupefied. But you know she was very sweet about it. After some giggling and shock, she said ‘oh, they got it right.’ And that was very sweet. She was probably not telling the truth, but what's she going to say?”

But of course, it’s Rudd’s mates that the actor thinks will give him the most grief.

“As they should. I would! I’m going to lean into it hard. But all of my friends will destroy me, and I expect them to. And that’s why they’re my friends.”

With this sort of title, Rudd is now considered in the same leagues as some of Hollywood's hottest men - so Rudd hilariously anticipates his life-changing “a lot”.

“I’m hoping now that I’ll finally be invited to some of those sexy dinners with Clooney and Pitt and B Jordan.”

“And I figure I’ll be on a lot more yachts. And I’ll probably try to get better at brooding in really soft light. I like to ponder. I think this is going to help me become more inward and mysterious. And I’m looking forward to that.”

Mr. Paul Rudd, we hope you never, ever change.