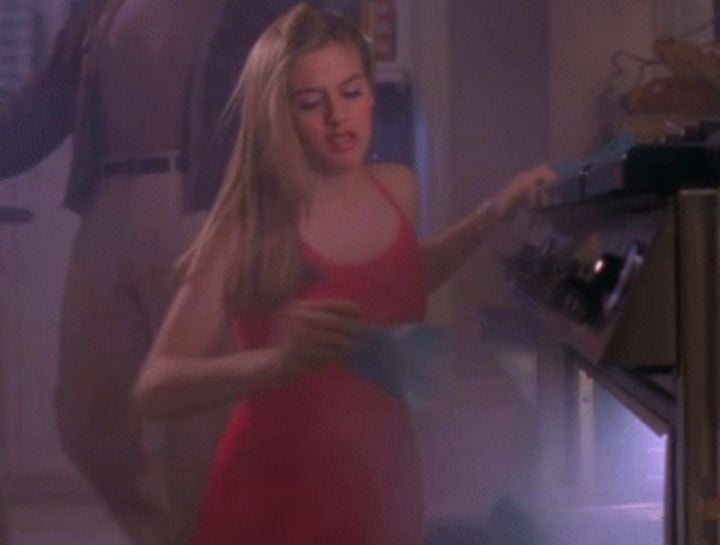 The rotating wardrobe. The plaid skirtsuits. Twenty years after Clueless‘ release, we have so much to thank it for…

Clueless was released 20 years ago this week. (We know: As if).

But rather than dwelling on how ancient that makes us feel, let’s take a moment to thank the ’90s teen classic for making us the people we are today. We may have grown out of the knee-high socks that were sooooo en vogue circa 1995, but the film’s messages about life and love are truly classic (as are Cher Horowitz‘s sass-tastic one-liners).

Cher, you total betty: Thank you for teaching us these seven very important life lessons.

We may not have noticed it at the time, but there was a secret feminist undercurrent to the film. Cher and her girl gang each owned their sexuality, and the protagonists didn’t feel pressured to be sexually active to please guys (but for those who did have sex, that was fine too.)

Remember when Tai tried to virgin-shame Cher? Cher immediately fired back: “You say that like it’s a bad thing.”

2. How to correctly use the word “sporadically”.

Sure, the female leads in the film weren’t the most intellectual characters of the decade – as her dad correctly pointed out, Cher’s main direction in life was “to the mall”.

But you have to hand it to Cher: She taught Tai (and half her primary-age viewers) what “sporadically” means.

Cher had zero time for creepers, and she told them straight when they crossed the line.

One of our favourite intro scenes of the 1990s? When some of her classmates try to grope her, and Cher responds: “Ew, get off me! As if!”

Let’s not forget that she also endures a pretty scary come-on from the overly persistent Elton – and she has no qualms about reminding him that no means no, either.

Cher and Dionne may have been queen bees of Beverly Hills High, but they were never Regina George-style bitchy.

Related: SHUT UP. Mean Girls has a secret deleted scene.

When Tai went too far with a cruel dig, Cher called her out, firing back with: “Way harsh, Tai.” Lesson: You can be cool and nice. And there’s nothing wrong with telling your friends when they’ve gone too far.

5. Paul Rudd is everything.

Be still, our quivering teenage loins.

At the time of its release, the film marked the collective awakening of every pubescent girl’s sexuality, mostly because of Paul Rudd, aka Cher’s adorably geeky and cute stepbrother Josh.

Related: The cast of Clueless just had the ultimate reunion.

We loved every second he was on-screen — except when he kissed Cher at the end.

6. Don’t let your boyfriend objectify you.

The actress who played Cher’s best friend Dionne might have said some pretty anti-woman things in real life, but we did like it when her character put Murray in his place for calling her “woman”.

Cher might have been crazy popular (not least because she had an epic rotating wardrobe with an actual COMPUTER, which was probably the equivalent of teleportation back in the day), but she never fell into the peer-pressure trap of overdoing the drugs or booze.

As Cher sagely advised Tai: “It is one thing to spark up a doobie and get laced at parties, but it is quite another to be fried all day.”

Some other nostalgic 1990s highlights:

What were your favourite Clueless moments?

Stay calm, ’90s kids. A Goosebumps movie is about to become a thing.

Here are all your favourite ’90s Disney movies in the one place.