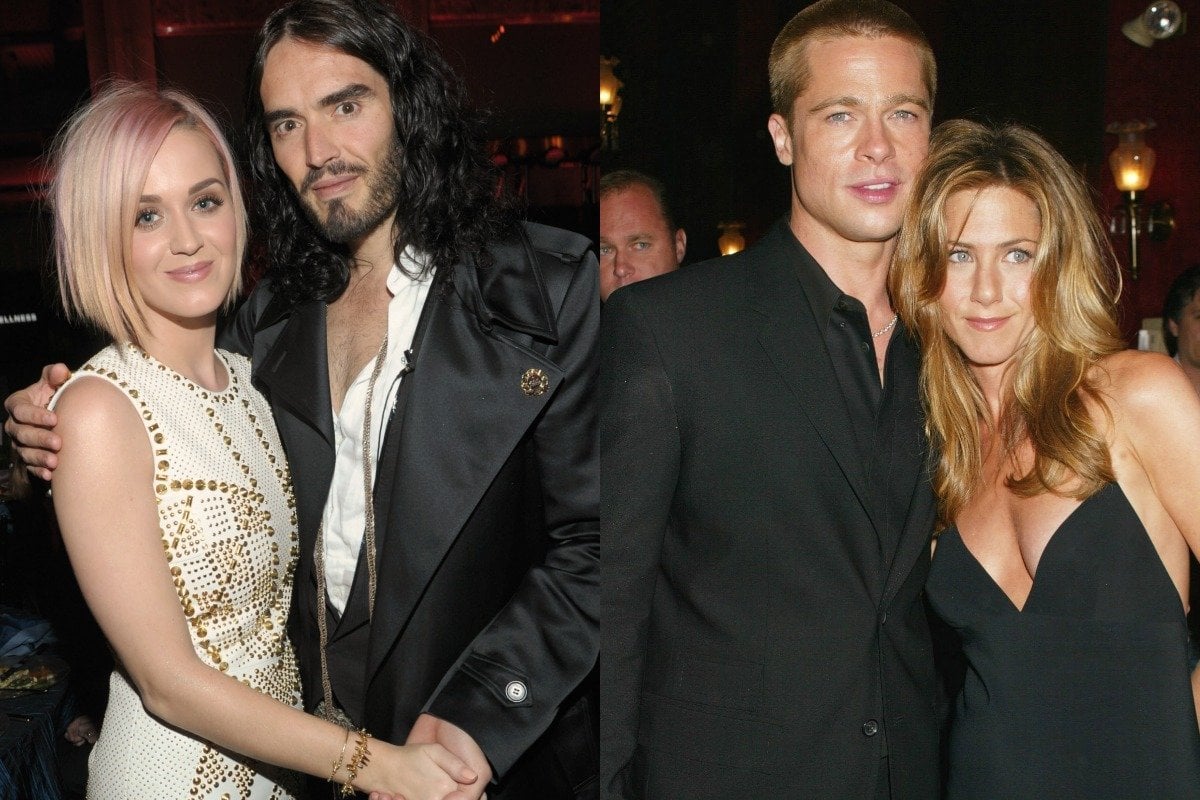 Breakups are tough. And some are much harder to get over than others.

Never is this more true than when you're famous.

You see, for every "conscious uncoupling" that plays out on a world stage, there's a celeb breakup so brutal, people will be talking about it for years to come.

From marriages ended over text to separations announced on talks shows... brace yourselves, here are seven of the most brutal celeb breakups of all time.

But first... here's how celebrities got creative in isolation. Post continues below. 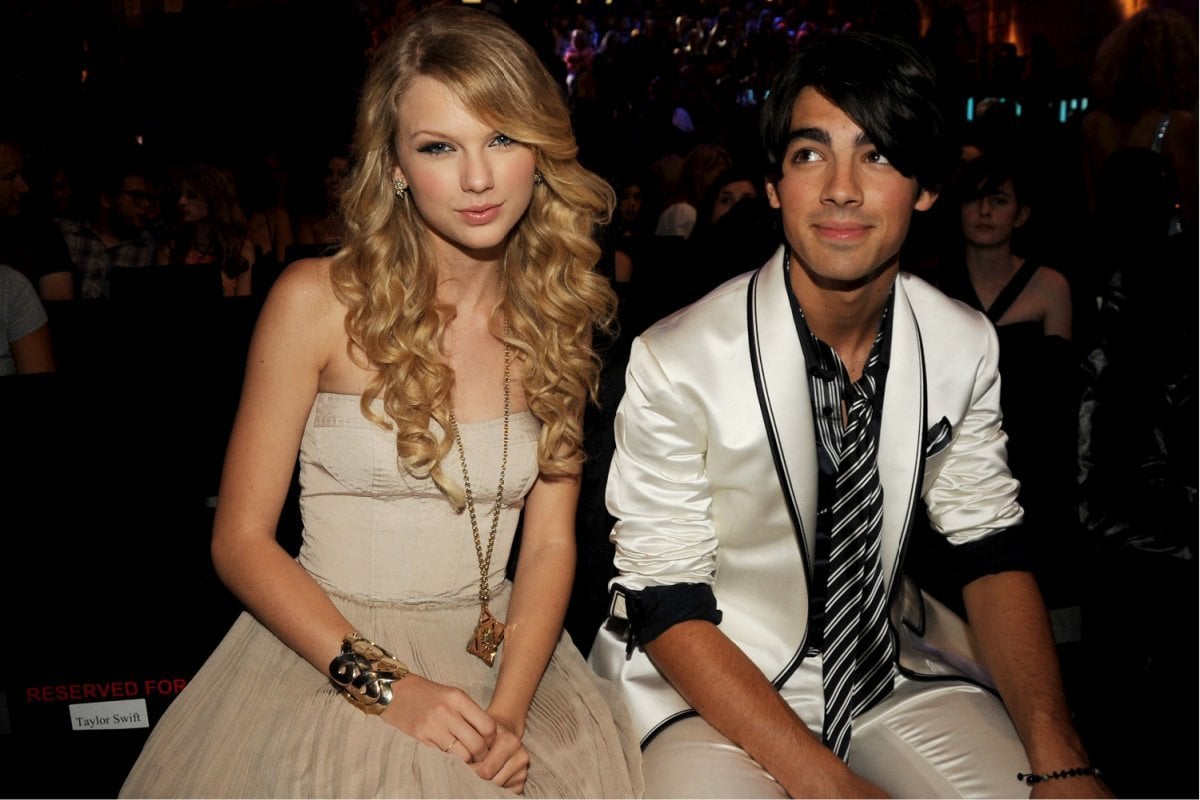 Taylor Swift dated Joe Jonas from July to October 2008 before the teenage romance came to an abrupt end.

In November that year, Swift appeared on Ellen, and revealed to a stunned audience that Jonas had broken up with her in a phone call that lasted just 27 seconds.

When quizzed about the breakup, she said: "When I find that person that is right for me he'll be wonderful and when I look at that person, I'm not even gonna be able to remember the boy who broke up with me over the phone in 27 seconds when I was 18.

Swift went on to write the track 'Forever and Always' about the breakup. 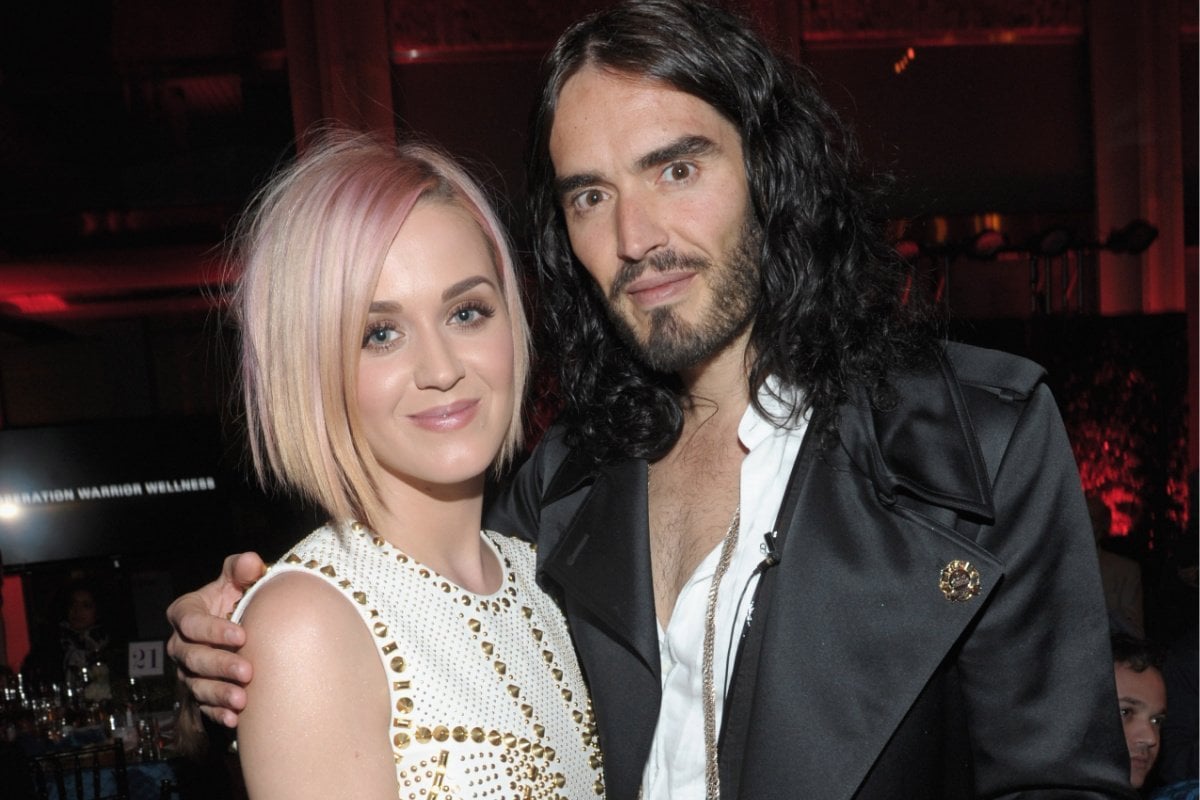 If you thought breaking up over the phone was bad, comedian Russell Brand took it one step further, ending his 14-month marriage to Katy Perry via text message. Yep, he went there.

A year after they finalised the divorce, Perry opened up to Vogue magazine about what really went down.

"He’s a very smart man, and I was in love with him when I married him," she told the publication. "Let’s just say I haven’t heard from him since he texted me saying he was divorcing me on December 31, 2011."

To really rub salt in the wound, Perry later revealed by way of documentary footage that she received the text moments before going on stage to perform.

In Katy Perry: Part of Me, Perry can be seen in tears after receiving the message, before drying her eyes and going on stage for a live performance in front of a huge audience.

Although it was Brand who filed for divorce, Perry said one of the main reasons for their split was because he couldn't handle being her equal.

"He didn’t like the atmosphere of me being the boss on tour. So that was really hurtful, and it was very controlling, which was upsetting," she told Vogue. "I felt a lot of responsibility for it ending, but then I found out the real truth, which I can’t necessarily disclose because I keep it locked in my safe for a rainy day. I let go, and I was like: This isn’t because of me; this is beyond me. So, I have moved on from that." 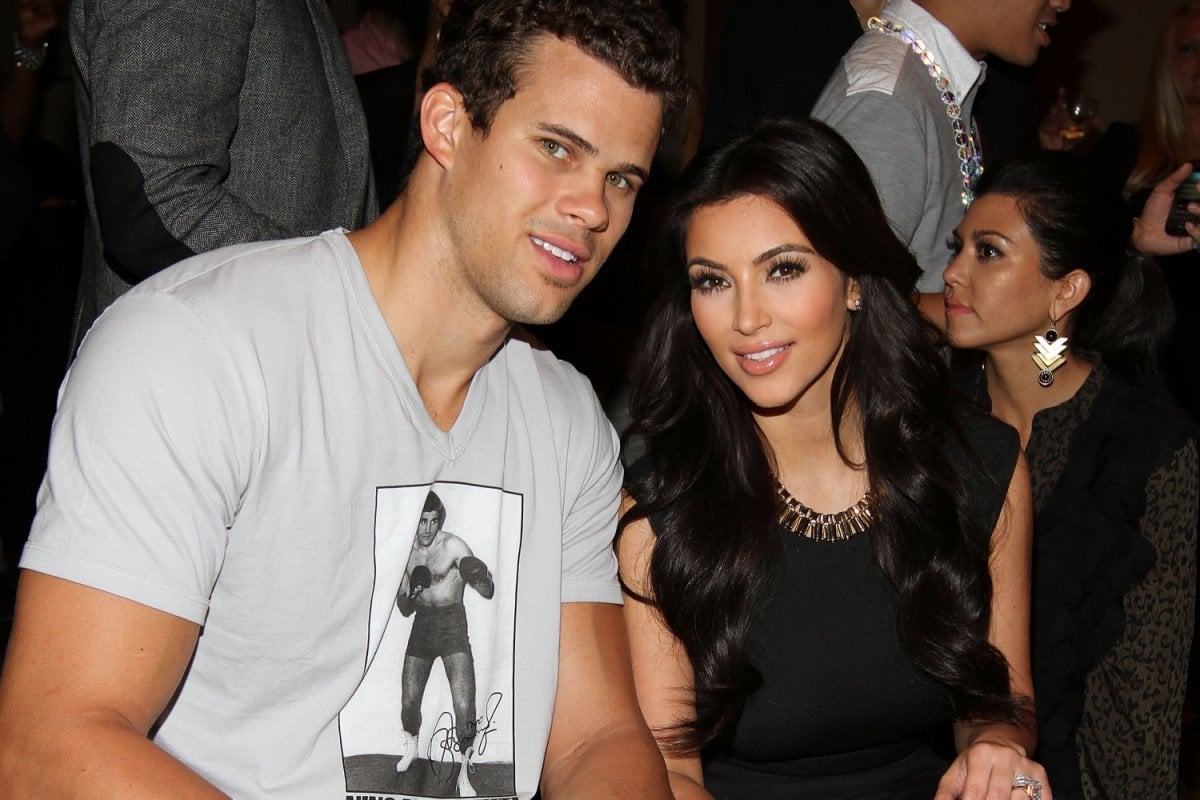 It was whirlwind right from the start. Kim Kardashian began dating NBA star Kris Humphries in December 2010 and the couple was engaged by the following May.

But after just 72 days, Kardashian filed for divorce, citing irreconcilable differences. And Humphries found out the news same way the rest of us did... by reading it on TMZ.

In an essay he later wrote for the Player's Tribune, he said:

"I was definitely naïve about how much my life was going to change. But the one thing that really bothers me is whenever people say that my marriage was fake. There’s definitely a lot about that world that is not entirely real. But our actual relationship was 100 per cent real. When it was clear that it wasn’t working… what can I say? It sucked."

"It’s never easy to go through the embarrassment of something like that... It was brutal."

After a lengthy court battle, the divorce was finalised in June 2013. 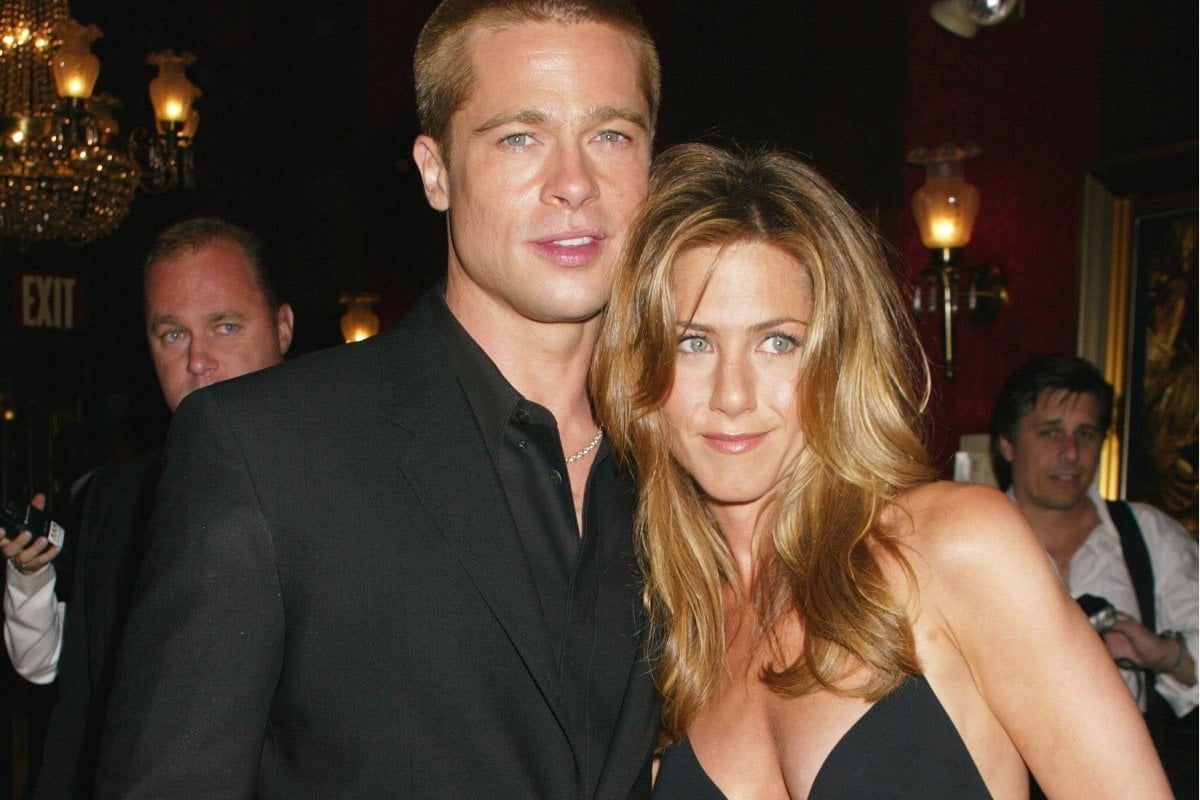 It's been 15 years and this one still hurts.

But they split in 2005, with rumours swirling that Pitt had cheated on Aniston with his Mr. & Mrs Smith co-star, Angelina Jolie.

Although Pitt and Jolie soon became an item, they insisted nothing had gone on while Pitt was still married.

Nevertheless, Aniston accused her ex of having a "sensitivity chip missing" after he appeared alongside Jolie in a photo spread in W Magazine, entitled Domestic Bliss, just a few months after their split.

The final insult came in 2018 when, after years of speculation, Pitt admitted he did fall in love with Jolie while still married to Aniston.

In an interview with Rolling Stone, Pitt revealed Mr. & Mrs Smith was his favourite movie-making experience. When asked why, he said:

"Because you know... six kids. Because I fell in love."

Pitt and Jolie split up later that year. And we'd need a whole other article to get into that one. 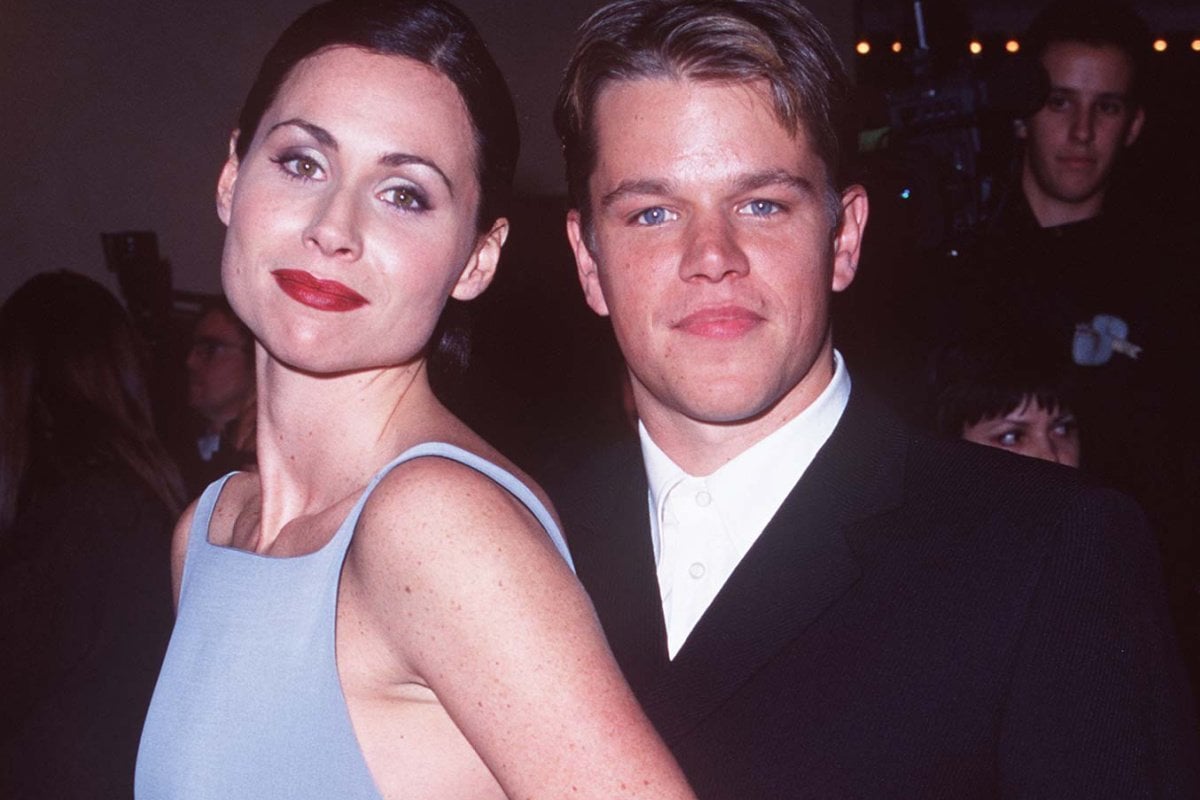 Minnie Driver and Matt Damon met on the set of the Oscar-winning movie Good Will Hunting where they played on screen lovers. Life imitated art, and they began dating in real life.

The couple had been dating for over a year when Damon made an appearance on Oprah. Asked about his relationship status, he simply said: "I'm single."

It was the first Driver had heard of it.

"It’s horrendous breaking up with someone anyway, but to have it be so public and to be cast in a role that I would never play if they were paying me – this wronged woman! It’s unfortunate that Matt went on Oprah; it seemed like a good forum for him to announce to the world that we were no longer together, which I found fantastically inappropriate. Of course, he was busy declaring his love for me on [the Late Show with] David Letterman a month previously."

Damon, who went on to date Winona Ryder, before marrying bartender Luciana Barroso, has never commented on the incident. 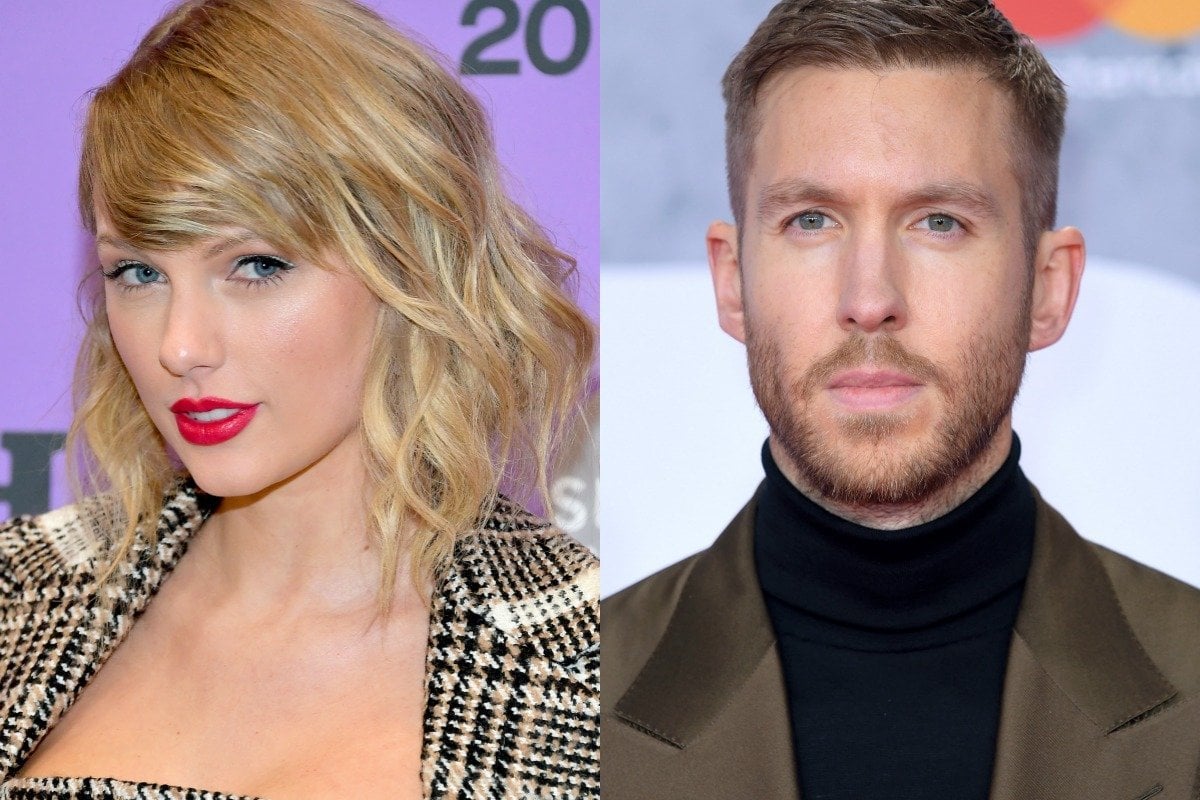 Taylor Swift and Calvin Harris' whirlwind romance lasted only a year but somehow it felt like longer – possibly because every moment of it was documented on social media – remember that inflatable swan photo? (Of course you do.)

The pair began dating in March 2015 after meeting at the Elle Style Awards and just a few months later the couple was ranked as the highest-paid celeb couple by Forbes, raking in over AUD $207 million.

But by June 2016, it was all over – and things quickly turned nasty. Just days later, Swift was photographed kissing actor Tom Hiddleston and around the same time, Swift's people released a statement, revealing Swift wrote the lyrics for Harris' summer hit with Rihanna, 'This is What You Came For' under a pen name.

Furious about both these things, Harris tweeted:

"Hurtful to me at this point that her and her team would go so far out of their way to try to make ME look bad at this stage though," he wrote.

"I figure if you're happy in your new relationship you should focus on that instead of trying to tear your ex boyfriend down for something to do." 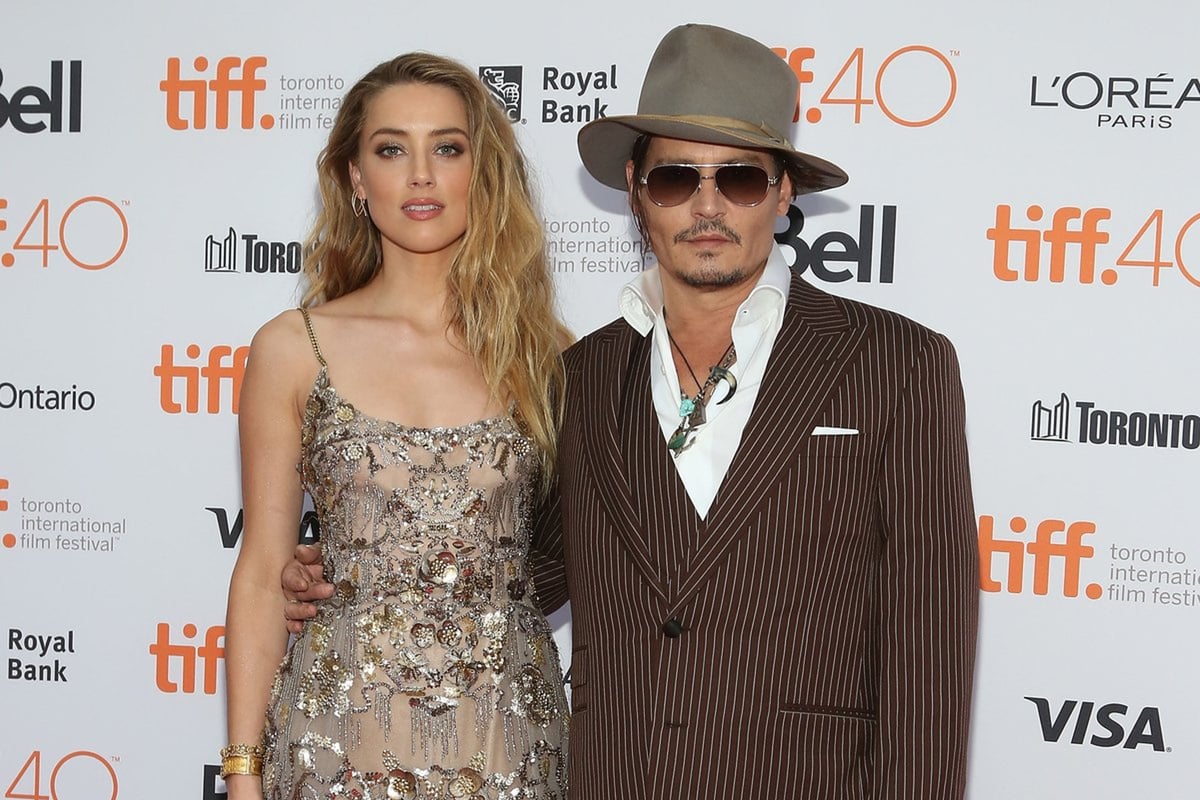 Oh boy. Breakups don't get much messier than this.

Johnny Depp and Amber Heard first met on the set of The Rum Diary in 2009. They hooked up three years later and married in 2015 in a private ceremony, but Heard filed for divorce just a year later, accusing Depp of domestic abuse.

Heard later retracted the claims, and they settled out of court, with Heard receiving a AUD $9.9 million divorce settlement.

However, Heard later wrote an op-ed for The Washington Post in which she reiterated her claims.

Depp has always denied any form of domestic abuse and has sued Heard for defamation – the trial is currently delayed because Depp is busy with another lawsuit...

Depp's suing The Sun for libel over a 2018 article in which they referred to him as a "wife beater".

And it has been at this trial – still ongoing – where the sh*t has really hit the fan (quite literally – more on that later.)

There isn't room on this page to detail all the mud that has been slung but let's just say the low point came when Depp accused Heard of pooing in their martial bed in revenge for him being late for her 30th birthday party.