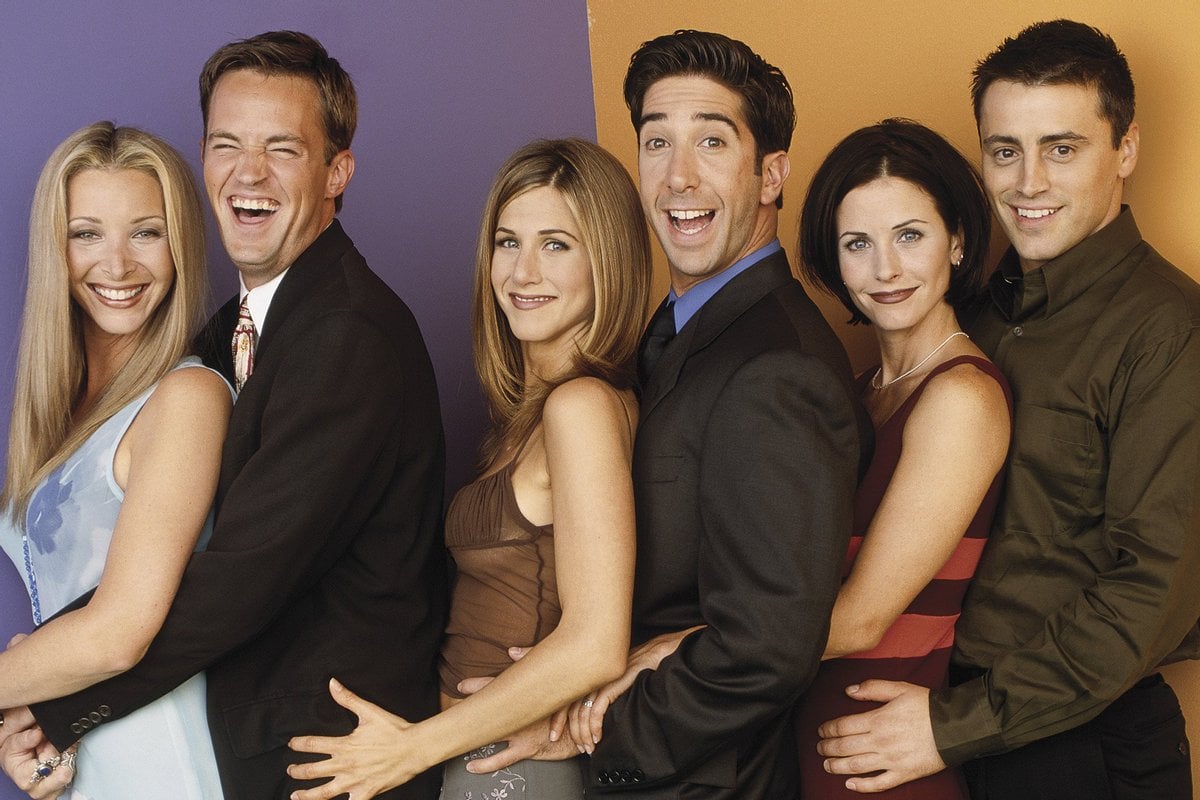 After years of anticipation, Friends is finally returning to our screens.

This week, the long-rumoured reunion special will air worldwide in honour of the show's 25th anniversary.

And yes, all six cast members will be returning for the special.

Watch the trailer for the Friends: The Reunion below. Post continues after video.

While the special won't follow the usual format of a regular episode, we'll get to see the cast reunite, revisit the sitcom's set and share behind-the-scenes footage.

Australian viewers will be able to watch Friends: The Reunion at 5.02pm AEST on Thursday, May 27.

But until then, here are 11 things you didn't know about the much loved sitcom.

When Matt LeBlanc landed the role of Joey on Friends, he had just $11 to his name.

"Friends, when it came my way, was my fourth TV series – and the other three had failed," LeBlanc shared, according to The Independent.

"I had exactly $11 in my pocket the day I was hired. I had to go back and read for the part of Joey a total of six times. It was far from certain I would get the role."

After he got the role, LeBlanc treated himself to a hot meal. Courtney Cox, on the other hand, bought a car.

2. Monica was originally supposed to end up with Joey.

At first, Monica and Joey were set to be the main couple on Friends.

"When we were originally conceiving the show, we actually thought that Monica and Joey might become a thing and then we cast it, and just went 'that’s not the right energy' because now they’re faces and they’re people," Friends co-creator David Crane told Today.

Similarly, Chandler and Monica's relationship on the show was originally intended to be a one-night thing.

But after creators saw the audience's reaction to a live taping of the famous bedroom scene – when Monica unexpectedly pops out from under the covers in Chandler's bed – they decided to make Chandler and Monica's relationship a more permanent fixture.

"The first time [we filmed that scene], I was huddled around a monitor, watching [the actors] perform. And when Monica popped up from beneath the sheets, there was just this explosion from the audience," former Friends executive producer Scott Silveri shared, according to Vulture.

"It was a combination of a laugh/gasp/cry/shriek. They were just blown away by it. It was so intense, for the second or third takes, instead of watching the monitors, I just turned around and watched the audience."

3. The casting of Gunther. 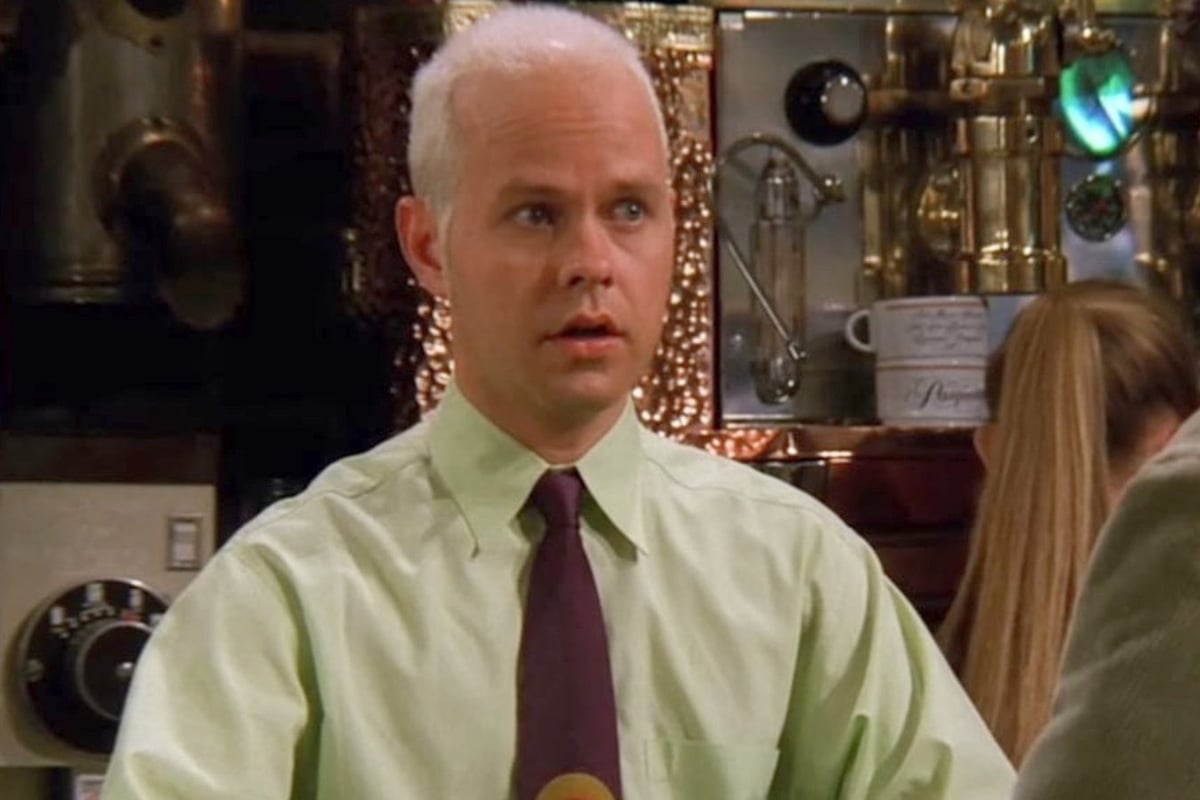 After starting on Friends as an extra, James Michael Tyler was cast as Gunther, the manager of Central Perk.

The actor landed the role because he was the only extra on set who knew how to work Central Perk's coffee machine. Afterwards, Tyler appeared in 185 episodes of the sitcom.

Before Friends, Tyler actually worked as a real-life barista.

"I had a job at a coffee shop called The Bourgeois Pig in Hollywood, which is still around and one of the last independent coffee shops that hasn't been taken over or whatnot," he told BuzzFeed.

Some of the show's working titles included Insomnia Café, Friends Like Us, Across the Hall, and Six of One.

5. The cast weren't exactly fans of the opening credits. 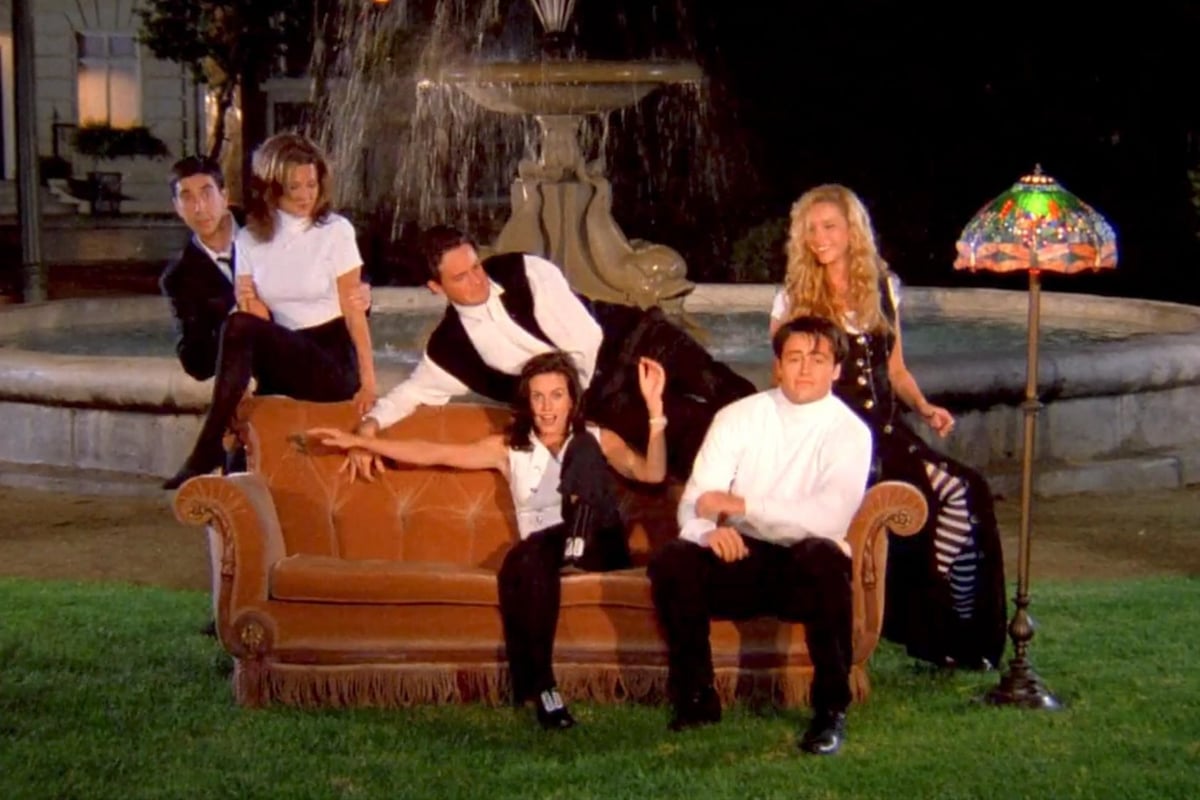 The opening credits of the sitcom will always be one of the most defining characteristics of Friends.

However, the cast weren't exactly fans of the opening credits, which involved them frolicking in a fountain.

"We felt it was a little... I don't know," Jennifer Aniston shared on The One Show. "Dancing in a pond? A fountain felt sort of odd."

As the opening credits shoot continued, the cast were cold and "had pruny fingers".

"I don’t think we were in the mood – or could even look like were having fun anymore," Lisa Kudrow shared, according to Refinery29.

According to Aniston, the cast weren't fans of the theme song, 'I'll Be There For You', either.

"No one was really a big fan of that theme song," she shared.

While working on the show, Jennifer Aniston reportedly had a bad habit of arriving to set late.

According to Collider, the cast eventually banded together to stage an intervention.

The conversation was reportedly started by David Schwimmer, who played Ross in the series, but he had the full cast's support.

7. Lisa Kudrow's real-life pregnancy was written into the show. 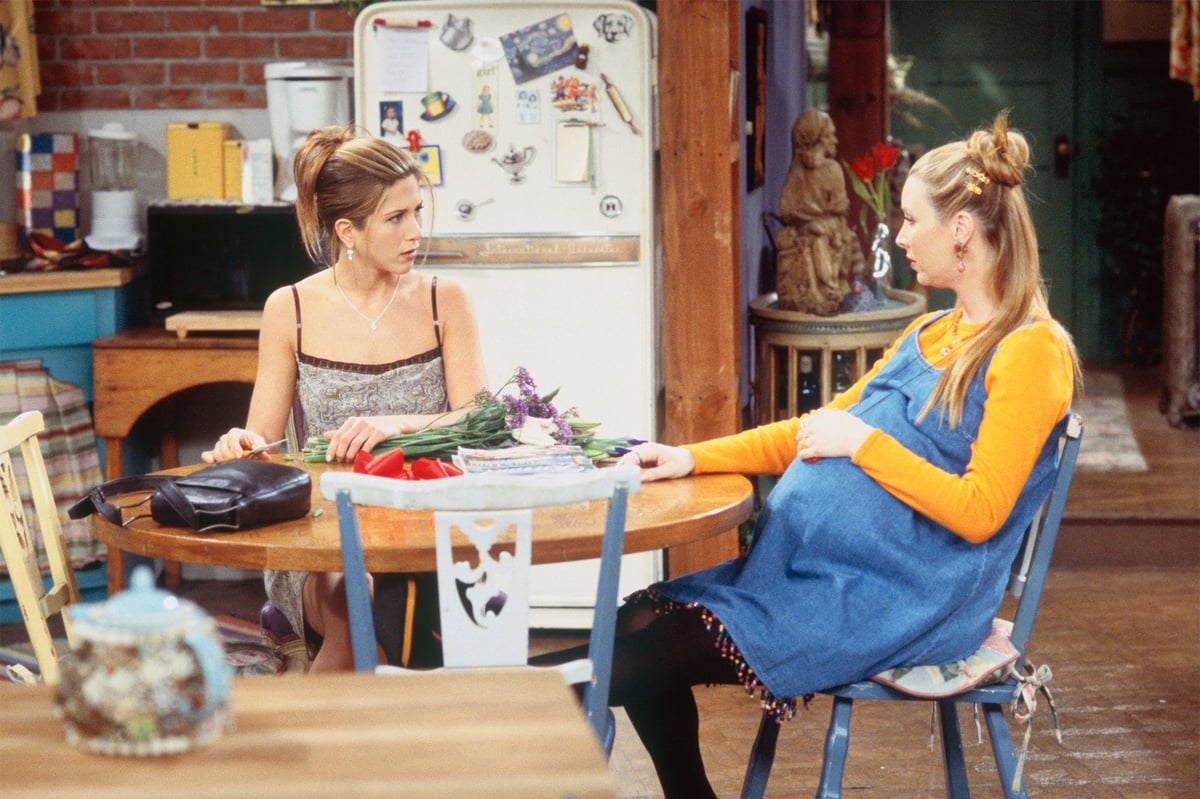 In the fourth season of the series, Phoebe acted as a surrogate for her brother Frank and his wife Alice, giving birth to triplets Frank Jr Jr, Leslie, and Chandler.

The storyline initially came to fruition when Lisa Kudrow told producers she was expecting a baby with her husband Michael Stern.

Rather than attempting to hide Kudrow's real-life pregnancy, producers simply added the pregnancy storyline into the series.

8. Cole Sprouse had a huge crush on Jennifer Aniston on set. 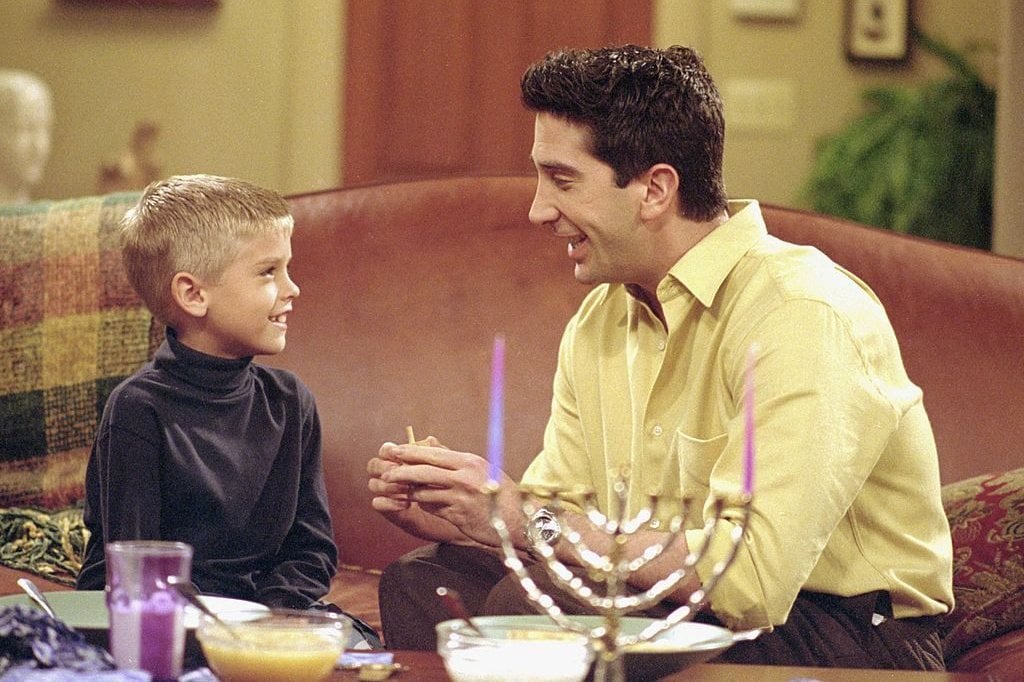 Ben Geller, who was the son of Ross Geller and his ex-wife Carol Willick, appeared in 16 episodes during Friends.

Over the show's 10 seasons, four actors have been credited as playing Ben. First, it was Michael Gunderson, who played Ben in season two as a baby. He was then replaced for seasons three to five by twin toddlers Charles Thomas Allen and John Christopher Allen, who both chose not to pursue an acting career after Friends.

And the fourth Ben we all know and love was played by the one and only Cole Sprouse.

In 2017, Sprouse admitted he had a crush on his Friends co-star Jennifer Aniston.

"I had a really, really hard time working with Aniston because I was so in love with her. I was infatuated. I was speechless – I’d get all bubbly and forget my lines and completely blank... It was so difficult," he told The New York Post.

9. Matthew Perry's dad made a cameo. 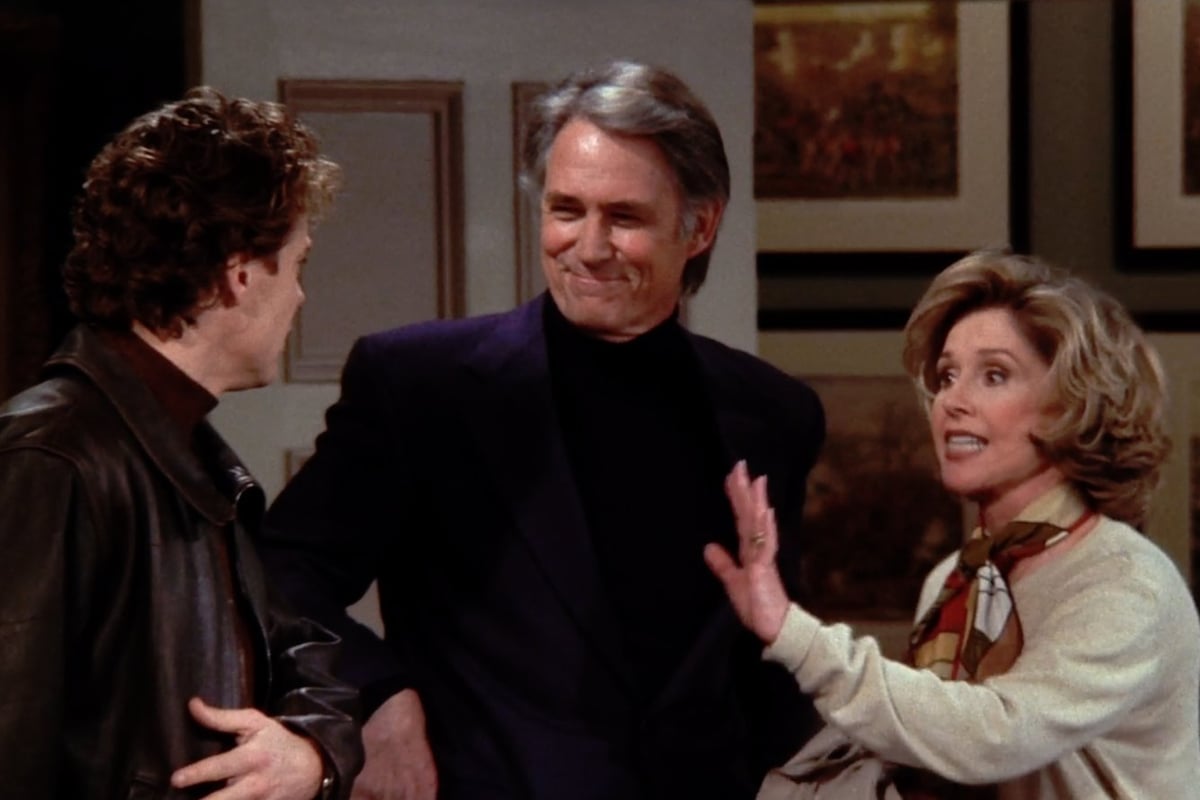 Matthew Perry's real father, John Bennett Perry, made a cameo in the series.

While the father-son duo didn't share a scene, Perry's father made an appearance in season four as the father of Rachel's boyfriend Joshua.

10. Phoebe and Joey were almost a thing. 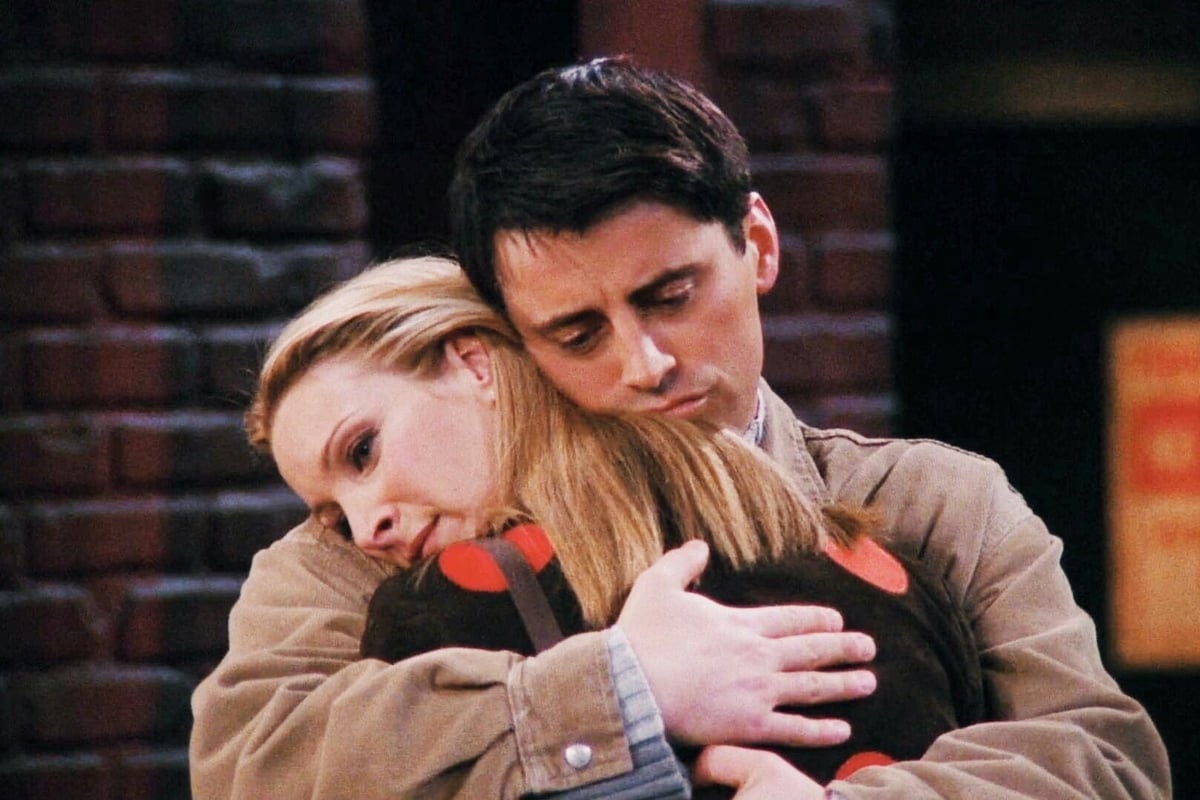 Joey and Phoebe had one of the best friendships on the sitcom. But the pair were almost more than friends on the show.

In fact, Kudrow and LeBlanc themselves pitched the idea to producers.

"Toward the end, we actually pitched the idea that Joey and Phoebe had been having casual sex the entire time," LeBlanc told Entertainment Weekly.

"We’d go back and shoot all the historical scenes and just before a moment that everyone recognises, there’s Joey and Phoebe coming out of a broom closet together."

However, producers rejected the idea.

Courteney Cox's character, Monica, was a neat freak and a perfectionist.

And according to Marta Kauffman, one of the show's creators, Cox was just like her character.

"She is Monica. She has the neatest dressing room. She even cleans up the other actors' dressing rooms because she won’t go in there if they are too messy," Kauffman told the Los Angeles Times in 1995.

"Yet at the same time, she can do things that are unexpected and wonderful and really funny. Courteney is sarcastic. She makes me laugh all the time. We’re really lucky to find an actress who can do that."

Cox agreed, adding: "Okay, I am a neat freak. Not about myself. I don’t use a lint brush or anything, and I don’t iron, but I could easily pick lint off of someone else. I was doing, I think it was The Jon Stewart Show, and I was picking things off of him and I thought, 'Oh my God, I’m just like Monica. This is too scary.'"

She continued: "I have a lot of glass in my house, and I remember saying as a joke once that I clean my stuff with Windex while my friends are over, but then I found myself actually doing that the other day. It’s horrible."

Friends: The Reunion will air on Thursday, May 27 at 5.02pm AEST on Foxtel and Binge.