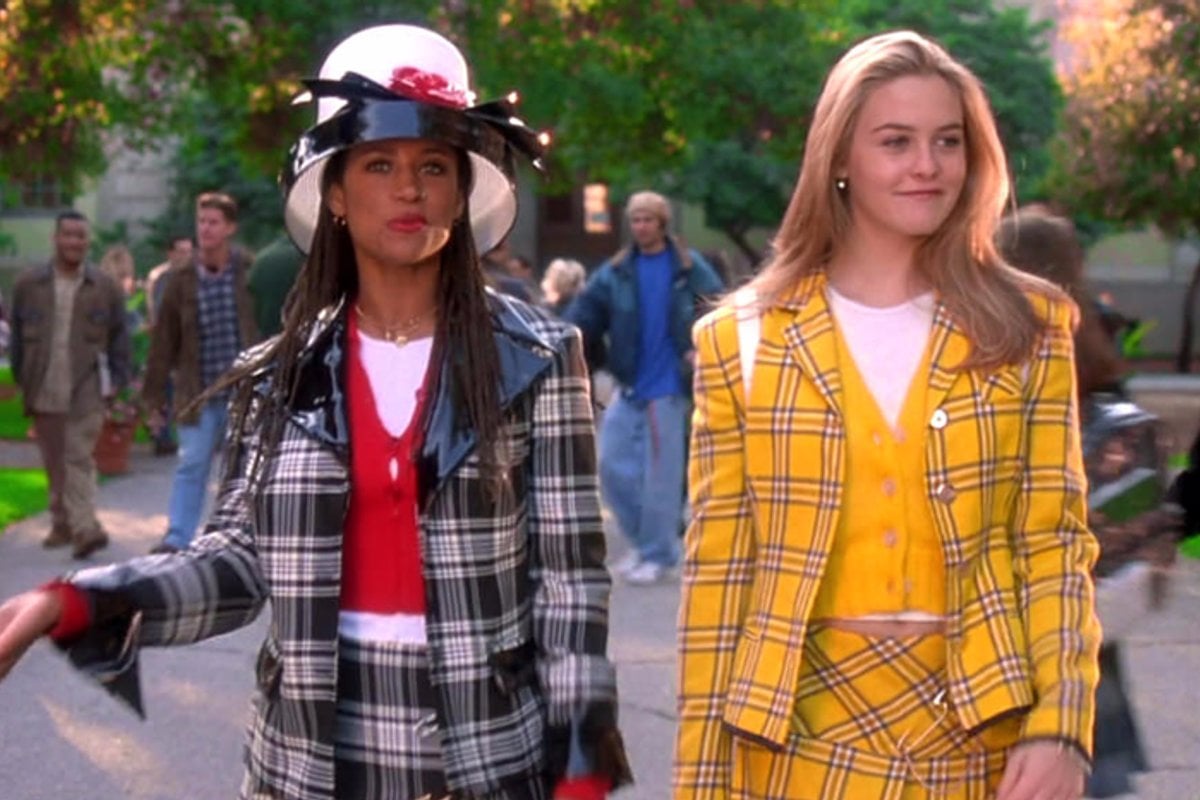 In 1995, iconic high school flick Clueless hit cinemas for the first time, and little known stars as Alicia Silverstone, Paul Rudd and Donald Faison (to name a few) were catapulted into the spotlight.

The film followed wealthy high school student Cher and her best friend Dionne as they became matchmakers for two of their teachers and gave new girl Tai a makeover.

And ever since, it's been staple watching in any teenage girl's repertoire.

But what exactly have the cast of Clueless been doing in the 26 years since the film was released?

Two years after Clueless, in 1997, Alicia Silverstone starred in Batman & Robin as Batgirl.

In 1997, after starting her own production company, Silverstone released their first film, Excess Baggage, and received… mediocre reviews.

As she entered the noughties, the American-born actress’ career took off, as she starred in several feature films and a Broadway debut.

But she also committed to activism, becoming an advocate for PETA, and reportedly took an anti-vaxxer stance.

Her views have been criticised by doctors and parents for igniting dangerous and often baseless ideas, including that tampons may cause infertility, eating plants can cure MS, and vaccines are dangerous.

She has published a vegan cookbook called The Kind Diet, and in 2016, the star-turned-wellness-advocate-turned-anti-vax-campaigner visited Sydney and decided to meet up with fans of her Kind Life blog as a means of connecting “in person”.

According to the Daily Telegraph, only eight people turned up.

In 2005, she married Christopher Jarecki, and in 2011 gave birth to her son Bear, who she has raised as vegan.

Jarecki and Silverstone divorced in 2018, and the 44-year-old has since taken to TikTok alongside her son, Bear.

Answer to @twiceadaymj I was NOT expecting that answer from Bear😂 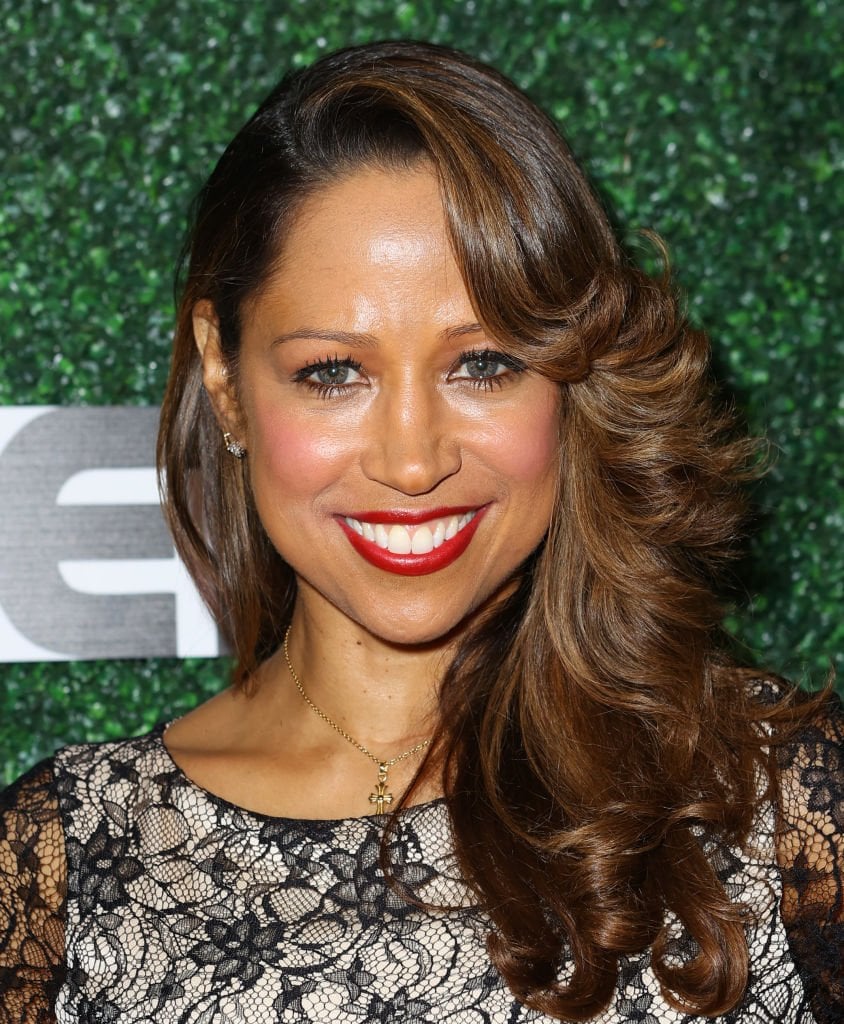 Post-Clueless, Stacey Dash became known for her outspoken political conservative views in the US.

After a string of unsuccessful budget films, and features in TV shows such as CSI, she starred in music videos and in 2006 posed naked for Playboy.

Dash is a fierce defender of the Second Amendment - the right to bear and keep arms - because she was raped in her apartment by an abusive ex who tracked her down. The next time he turned up, she was armed with a gun.

Dash has been married four times and has two children: 29-year-old son, Austin, with first husband Christopher Williams and 16-year-old Lola, who she had with her second husband James Maby.

Appearing on Fox News in the lead up to the 2016 US election, Dash was a strong Trump supporter.

Nowadays, she claims that's "not who [she] is anymore".

"I've lived my life being angry, which is what I was on Fox News. I was the angry, conservative, Black woman. And at that time in my life it was who I was," she told the Daily Mail earlier this year.

"I realised in 2016 that anger is unsustainable and it will destroy you. I made a lot of mistakes because of that anger.

"I've lived my life being angry, which is what I was on Fox News. I was the angry, conservative, Black woman. And at that time in my life it was who I was,' she said

"There are things that I am sorry for. Things that I did say, that I should not have said them the way I said them. They were very arrogant and prideful and angry. And that's who Stacey was, but that's not who Stacey is now. Stacey's someone who has compassion, empathy."

Since his Hollywood debut, Paul Rudd has become a household name.

Since his role as Cher's former stepbrother in Clueless, Paul Rudd starred as Dave Paris in Baz Luhrmann’s Romeo and Juliet, which cemented his star status.

In 2014, Rudd joined his friend, Jeffrey Dean Morgan, in purchasing a Candy Store called Samuel’s Sweets Shop Rhinebeck, New York, after the previous owner, a friend of the pair, passed away suddenly.

In 2015, the Hollywood actor received a star on the walk of fame.

And yes, he looks like he hasn't aged a day.

When Paul Rudd returns to your restaurant and brings Dan Levy with him!!! pic.twitter.com/pkRtnF9pDt

Donald Faison is now most recognised as Dr Chris Turk from the comedy series Scrubs.

The 47-year-old has had a solid acting career since his Clueless appearance.

In 2000, Faison re-entered the big screen as the running-back turned corner-back Petey Jones in Remember the Titans.

Between 2003 and 2009, he was in the popular films Uptown Girls, Something New, and Next Day Air.

As we exited the noughties, he starred in The Exes from 2011 to 2015 and a number of smaller roles in House of Lies and Ray Donovan. He was also in Pitch Perfect in a small, but awesome role.

When it comes to his personal life, he has been married twice and has six children.

In 2001, he married his first girlfriend of four years Lisa Askey, but the pair separated in 2005. He married his second wife, CaCee Cobb, in 2012, after dating her for six years.

Faison now hosts the Fake Doctors: Real Friends podcast where he and Scrubs co-star, Zach Braff, commentate on the series. 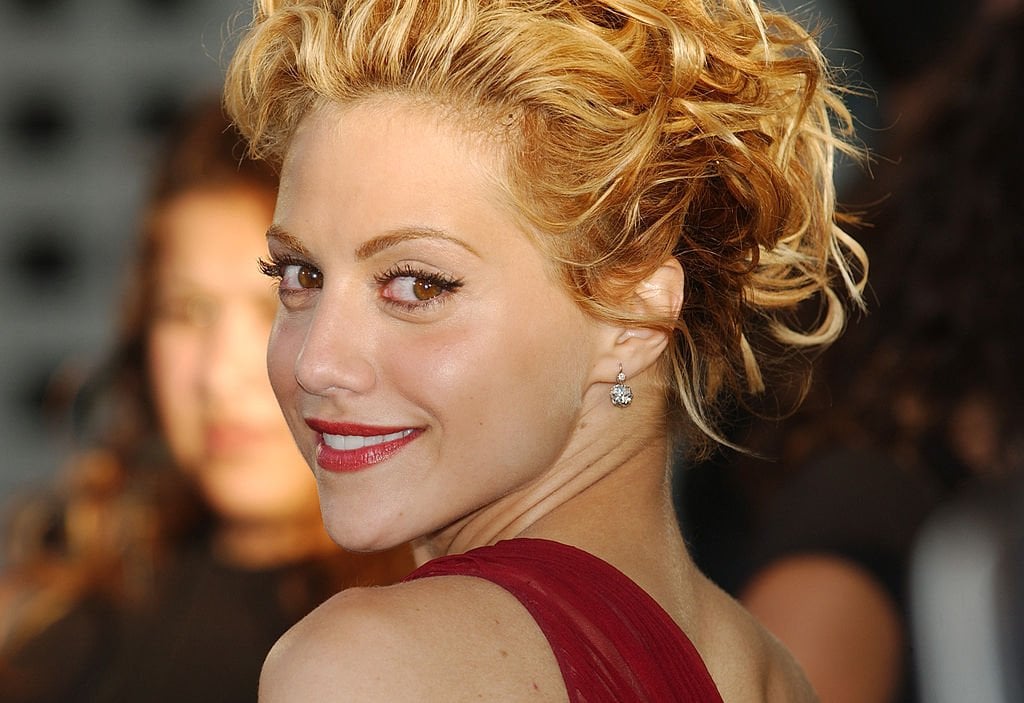 Brittany Murphy, who played Tai in the film, tragically passed away in 2009. She collapsed in the bathroom of her Hollywood home, passing out in the arms of her mother Sharon. She was just 32.

After Clueless, she led a successful film career, staring in a range of movies including Uptown Girls, Just Married and 8 Mile.

To this day, her death still puzzles the world. Her death was ruled an accident – the Coroner’s report cited pneumonia, anaemia and prescription drugs as causing an “accidental death” from “natural causes" - but speculation continues to this day.

For Elisa Donovan, her role as Amber in Clueless was a career highlight.

While she continued acting, her roles were smaller and included a range of dog-orientated TV movies (yes, please) and the role of Morgan Cavanaugh on Sabrina, the Teenage Witch.

A quick browse of her Instagram shows she is living a wholesome, family-orientated life.

She describes herself as an actor, writer, and wine consumer.

Breckin Meyer was in almost every teen movie in the late 90s and early 2000s, almost always with a skateboard in hand.

Following Clueless, he starred in The Craft and Road Trip, before appearing in Rat Race and Kate and Leopold in 2001, and Garfield in 2004.

He has been nominated for three Emmys for his writing for Robot Chicken, and in 2018 played Trey Kirkman in political drama Designated Survivor.

In 2001, Meyer married director Deborah Kaplan, and he has two daughters with her. The pair divorced in 2014.

Oh. Who could forget dreamy Christian.

After his role as Elton in Clueless, Sisto continued to live a quiet Hollywood life.

He appeared in Law and Order as an NYPD detective, and the 2003 films Thirteen and Wrong Turn.

In 2004, he was nominated for the Los Angeles Drama Critics Circle Award for his role as a bigoted baseball player in Take Me Out.

In 2009, he welcomed his first child, named Charlie-Ballerina, with his girlfriend Addie Lane. In October that year, the pair married, and they welcomed their son Sebastian Kick three years later. The family lives together in Los Angeles.

This post was first published in 2019 and has since been updated.

How could you leave out Jeremey Sisto's biggest role? (Billy Chenoweth in Six Feet Under)