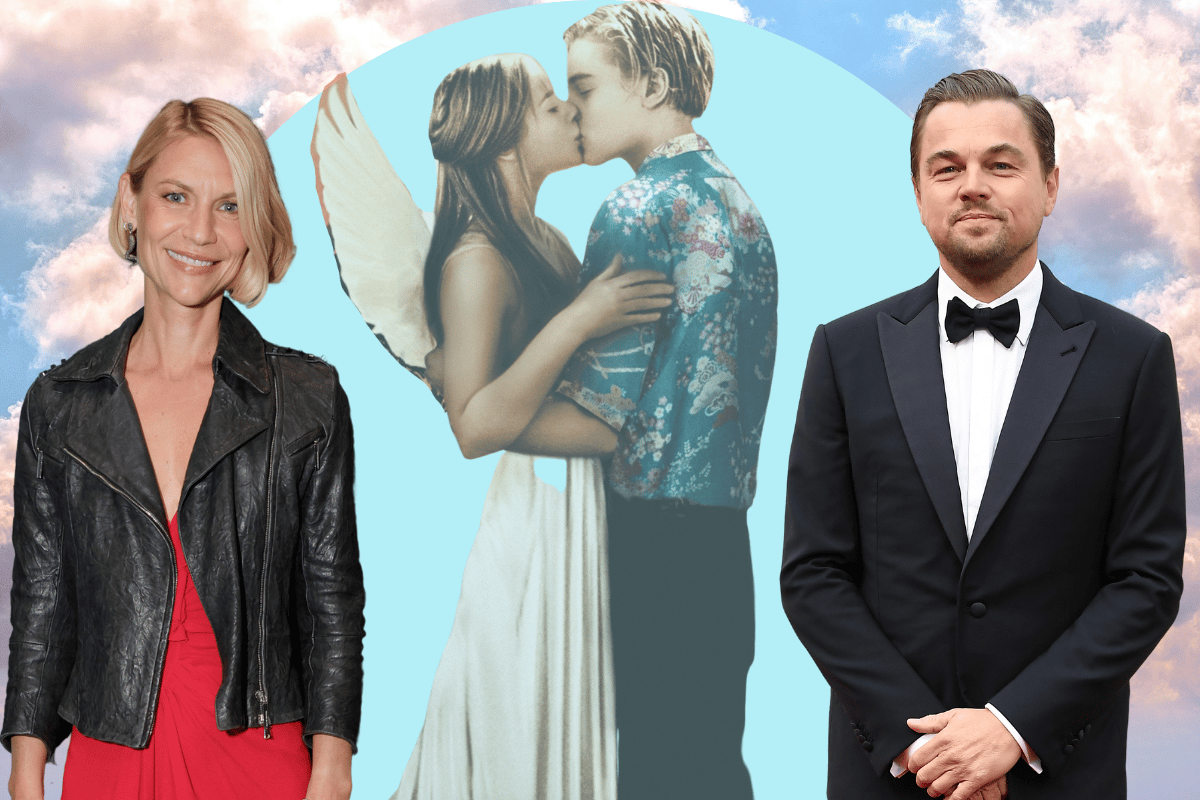 There’s nothing quite like a Shakespearean romance modernised by Australian director Baz Luhrmann. Add some ‘90s heartthrobs, like Leonardo DiCaprio and Claire Danes, and you’re in for a treat.

Case and point, the 1996 adaptation of Romeo and Juliet.

And given the film’s 25-year anniversary, it’s got us thinking: what are cast up to now?

Here’s a look at what the original stars have been up to since.

Watch: the trailer for Romeo and Juliet, starring Leonardo DiCaprio and Claire Danes. Post continues below. 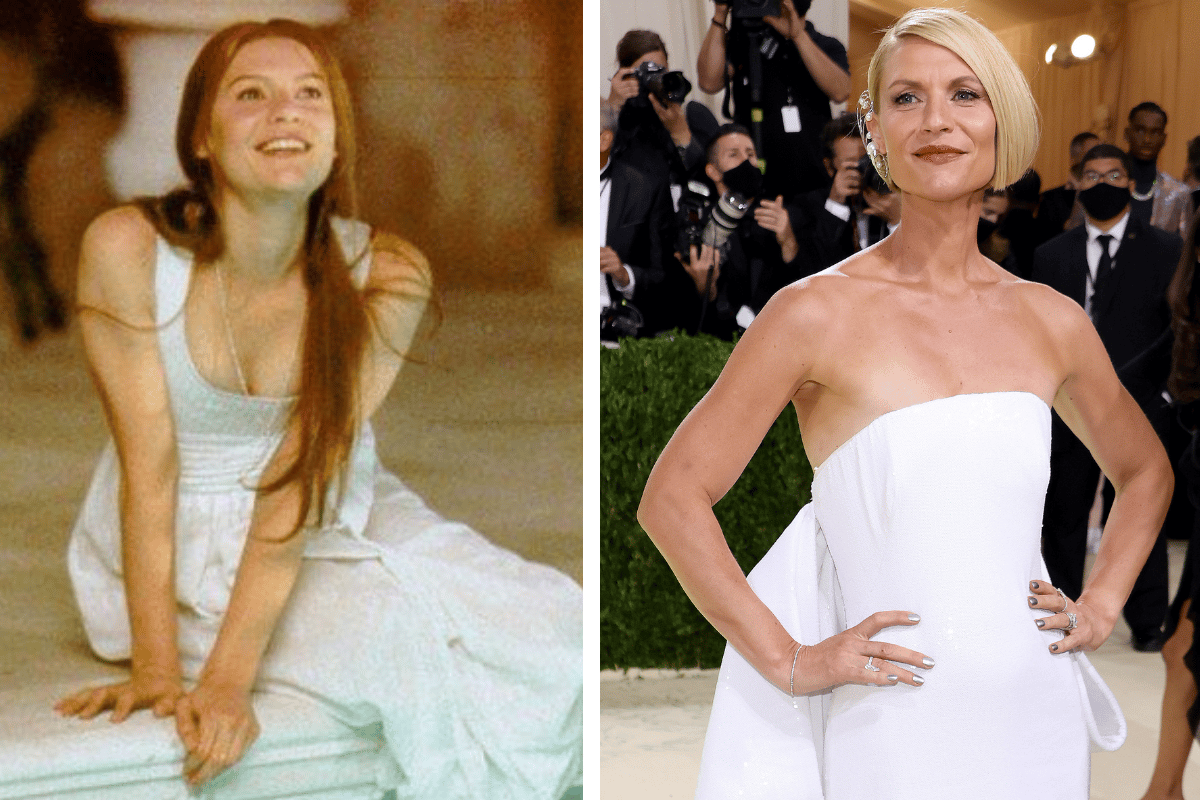 Image: 20th Century Fox and Getty. At just 13, Natalie Portman was originally cast to play Juliet. Technically, Juliet is 13 in the play, but alongside a 21-year-old DiCaprio as Romeo, it didn’t look right.

“Fox said it looked like Leonardo was molesting me when we kissed,” Portman told the New York Times.

So, Claire Danes did a screen test and the rest is history.

“She’s a really mature girl for her age,” DiCaprio told Entertainment Weekly of Danes in 1996. “She was the only girl when we did the audition who came straight in my face to do the lines. [They were] not nearly as truthful as Claire’s performance.”

There were rumours the main stars didn't get along off-screen, but in 2015, Danes said there was a “spark” between her and DiCaprio and the two didn’t know how to handle it. She said they sometimes ignored each other on set because of this.

“It was too big for us to really accept,” she said according to Glamour.

Danes has maintained a steady career since, with a role on Homeland from 2011 to 2020 and in films Les Misérables, The Hours, The Family Stone and Temple Grandin. 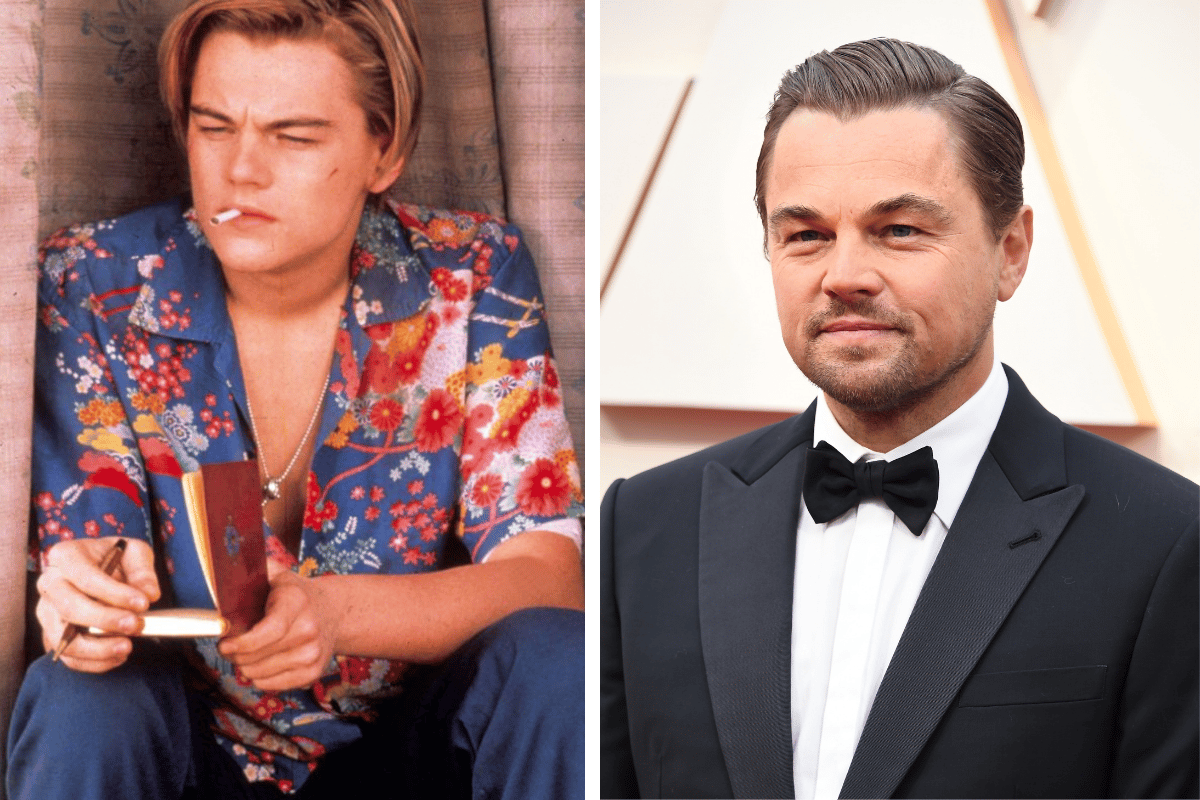 Image: 20th Century Fox and Getty. DiCaprio was barely in his 20s when filming Romeo and Juliet, and had a typically... 20-year-old attitude towards Shakespeare.

“I can’t say that I was neither here nor there with [Shakespeare]. All I knew was that, just like any other person my age, you hear Shakespeare, and you’re like, ‘oh god, those long-winded plays that you just don’t understand and have no clue about,’” he said in an Access Hollywood interview.

When filming the 1996 movie, DiCaprio wasn’t actually that well known, compared with his co-star Claire Danes.

In fact, Titanic was only released the following year.

DiCaprio is now arguably one of the most famous actors in Hollywood, renowned for a range of films including The Revenant, Inception, Shutter Island and The Wolf of Wallstreet.

He has been incredibly vocal on the issue of climate change, especially when it comes to The Great Barrier Reef.

He is also a big fan of Greta Thunberg!

“It was an honour to spend time with Greta. She and I have made a commitment to support one another, in hopes of securing a brighter future for our planet,” he wrote on Instagram.

DiCaprio worked again with director Baz Luhrmann on the 2013 adaption of The Great Gatsby. But of course, DiCaprio is also very well known for his much younger girlfriends. 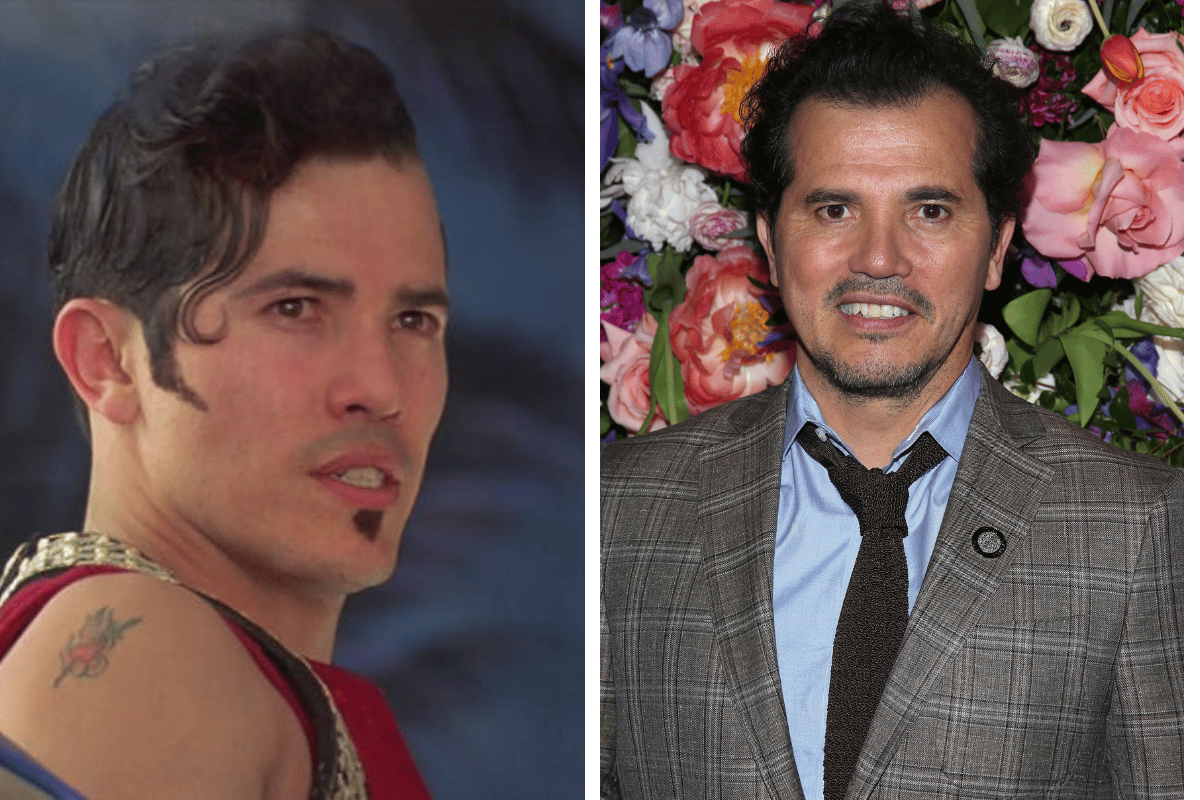 Image: 20th Century Fox and Getty. John Leguizamo has had an incredibly varied and successful career.

Films include Ice Age, Moulin Rouge!, John Wick and Ride Along, and Leguizamo has also worked as a playwright and screenwriter.

The Colombian-born actor’s career has been characterised by barrier-breaking roles. In recent years, Leguizamo has been focused on projects championing Latin and Black people.

As he said in a recent interview with AVClub, “how can a child see themselves as a hero if he doesn’t see himself? Latin kids are the least represented in children’s picture books, and we’re the largest ethnic group in America.” 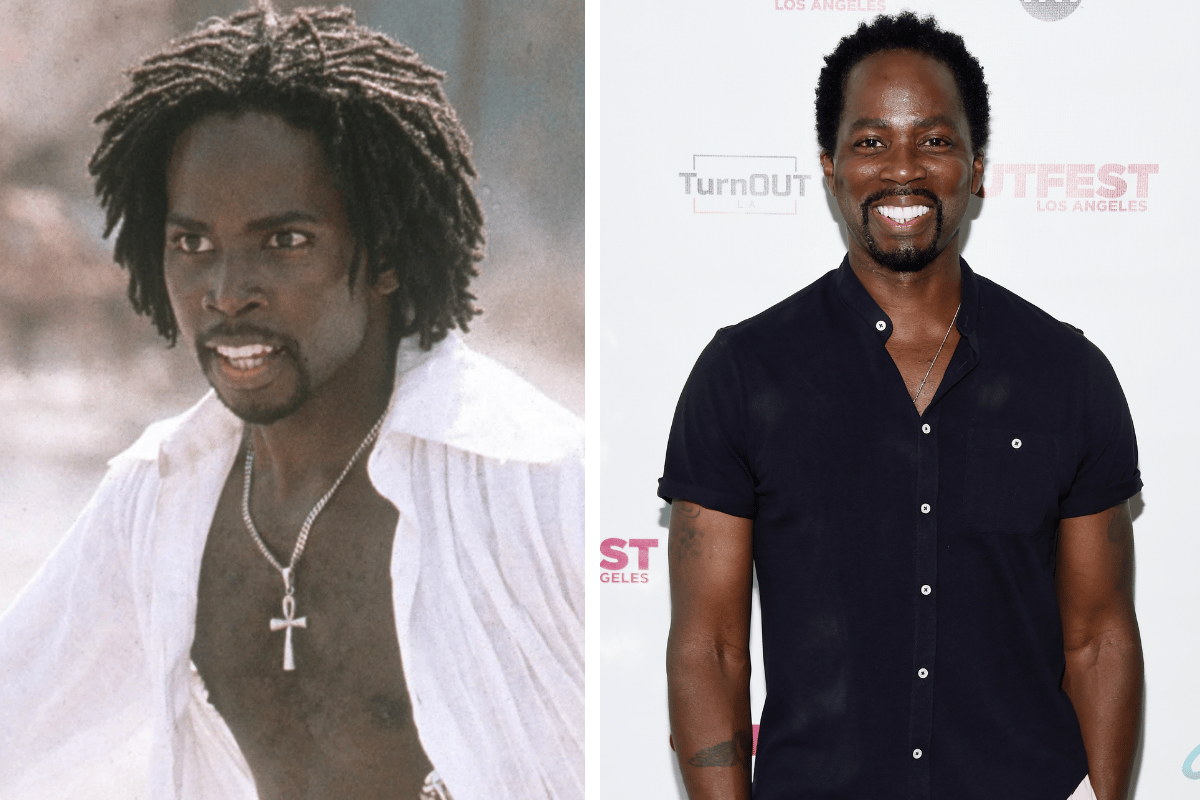 Image: 20th Century Fox and Getty. Since Romeo and Juliet, Perrineau has appeared in the Matrix franchise, Lost, The Best Man, 28 Weeks Later, Zero Dark Thirty, Claws, The Rookie and Sons of Anarchy.

Perrineau has also been using his voice to campaign for better working conditions on film sets.

“Hollywood: It’s time to create ‘Halyna’s Law,’ which will ban the use of real firearms on film production sets and create a safe working environment for everyone involved,” he wrote on Twitter this week. 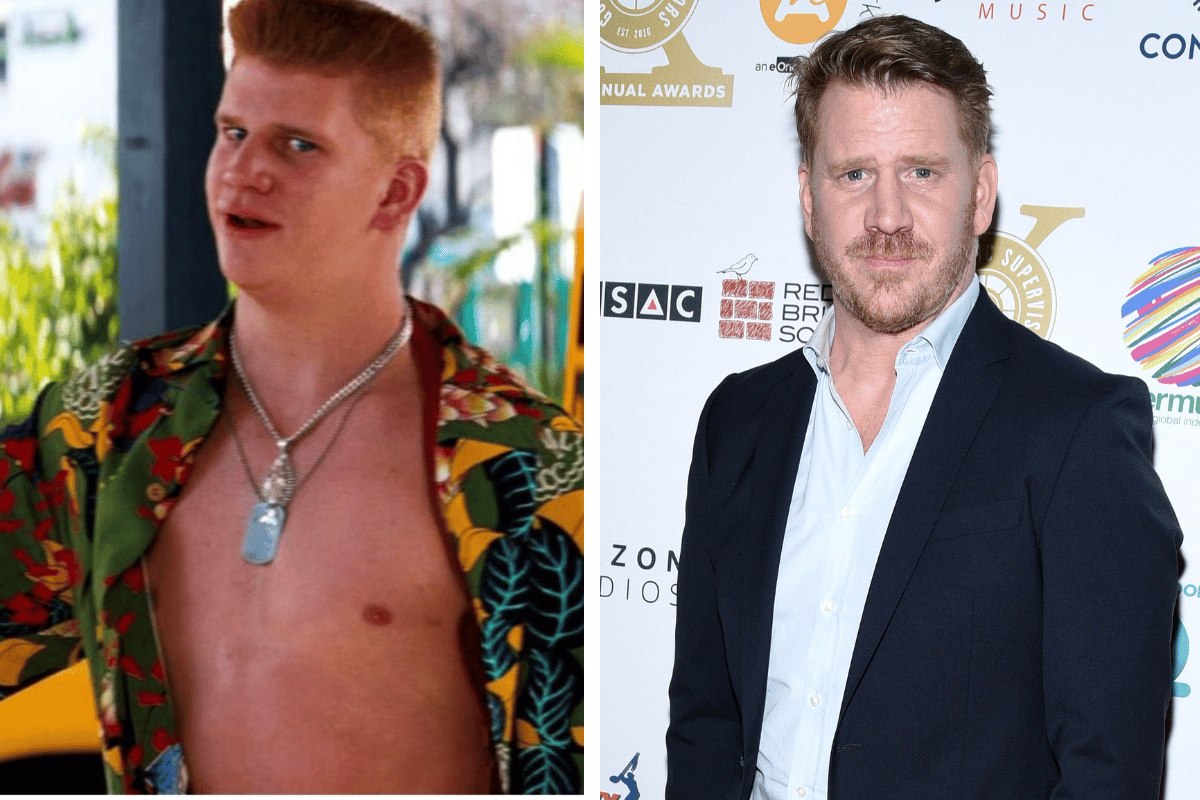 Dash Mihok is an American actor.

Major roles following on from Romeo and Juliet include Silver Linings Playbook, The Day After Tomorrow, Law & Order and Gotham.

“There have been some roles that I’ve done just because I needed to pay my rent that I wasn’t thrilled about, but whether I’m playing the soldier or doing Shakespeare: I can get into it,” Mihok said in an interview with Dujour. 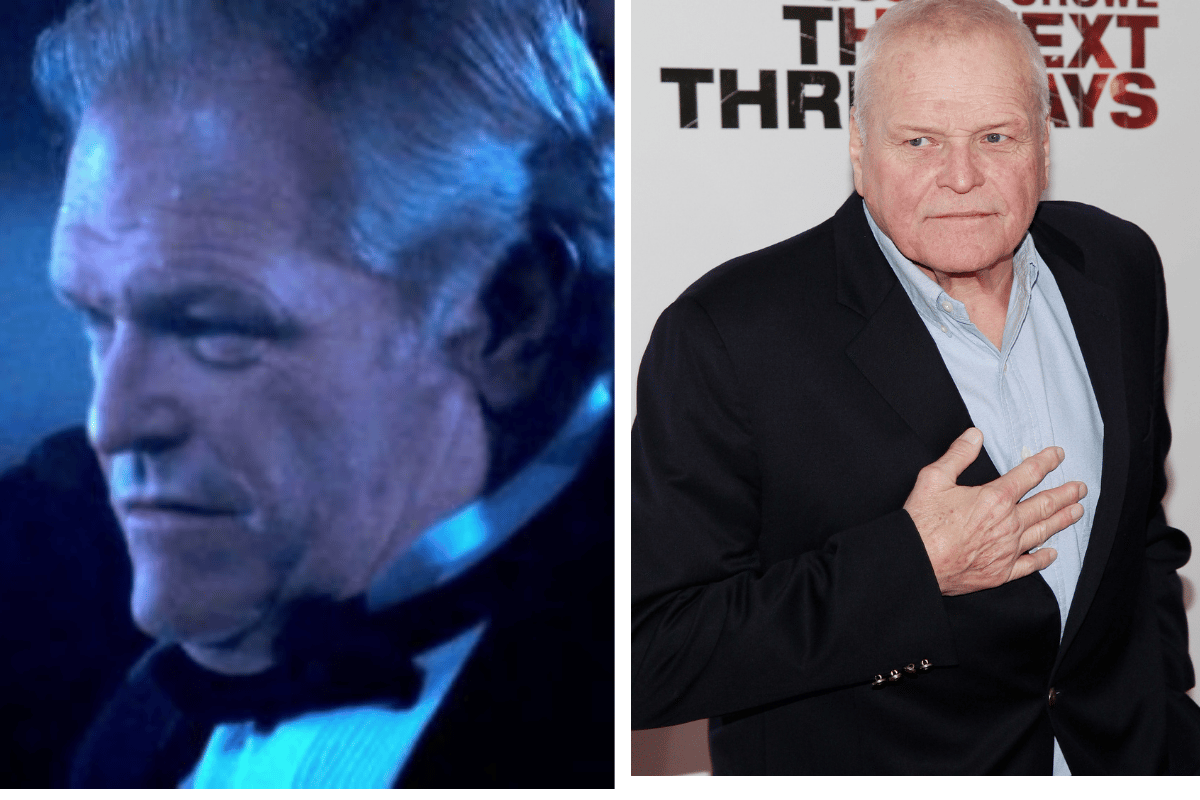 Image: 20th Century Fox and Getty.
Brian Dennehy’s most famous roles were mainly before Romeo and Juliet, some notable ones including First Blood and Cocoon.

Later in life, he resumed working in theatre and starred in The Blacklist.

Dennehy sadly died last year from a cardiac arrest at the age of 81. 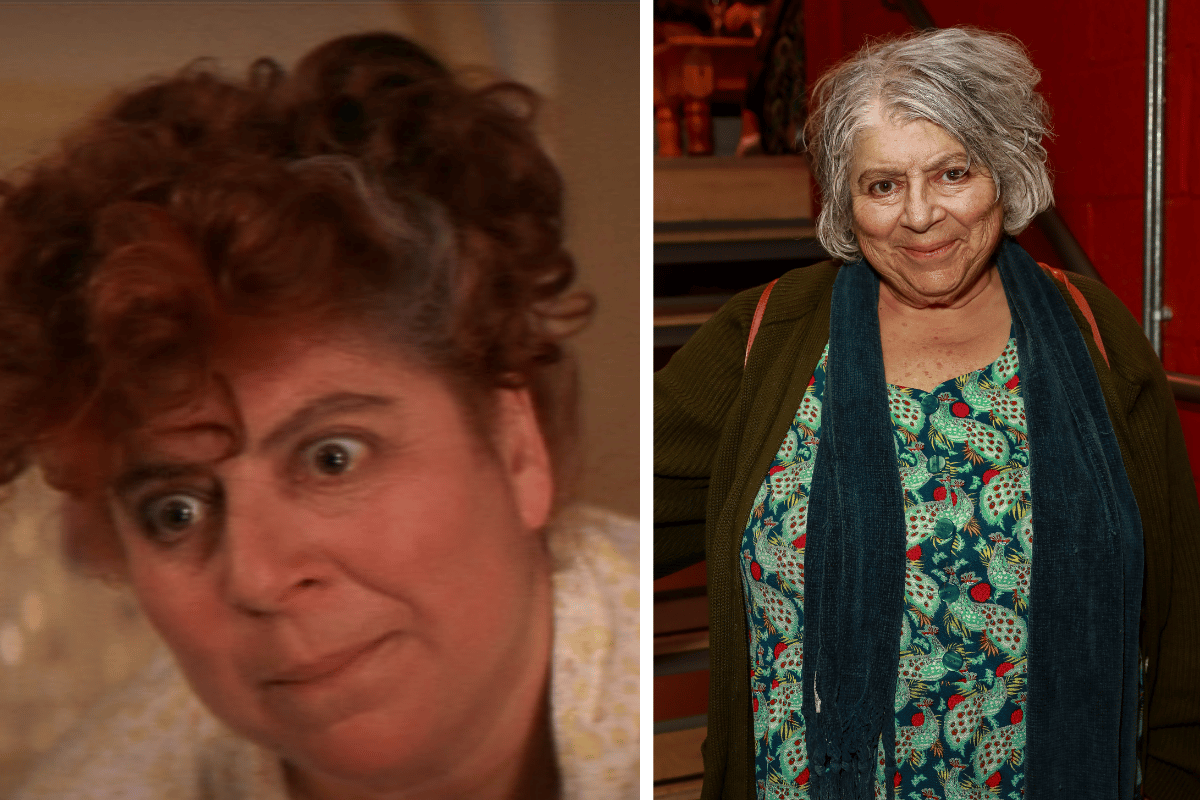 Since Romeo and Juliet, Margolyes’ career continued to skyrocket.

Notable roles include Professor Sprout throughout the Harry Potter franchise and appearances on Call the Midwife and Miss Fisher’s Murder Mysteries.

She also has her own show on the ABC, Miriam Margolyes: Almost Australian, which follows her on a 10,000km two-month journey across Australia, where she shares some pretty iconic opinions.

Listen to No Filter: In this conversation, Miriam talks about coming out as gay to her Jewish parents in the 1960s, why she and her partner live in different countries and body image.

Margolyes has been in a long-term relationship with her partner Heather Sutherland since 1968. Margolyes’ connection with Australia is through her partner. 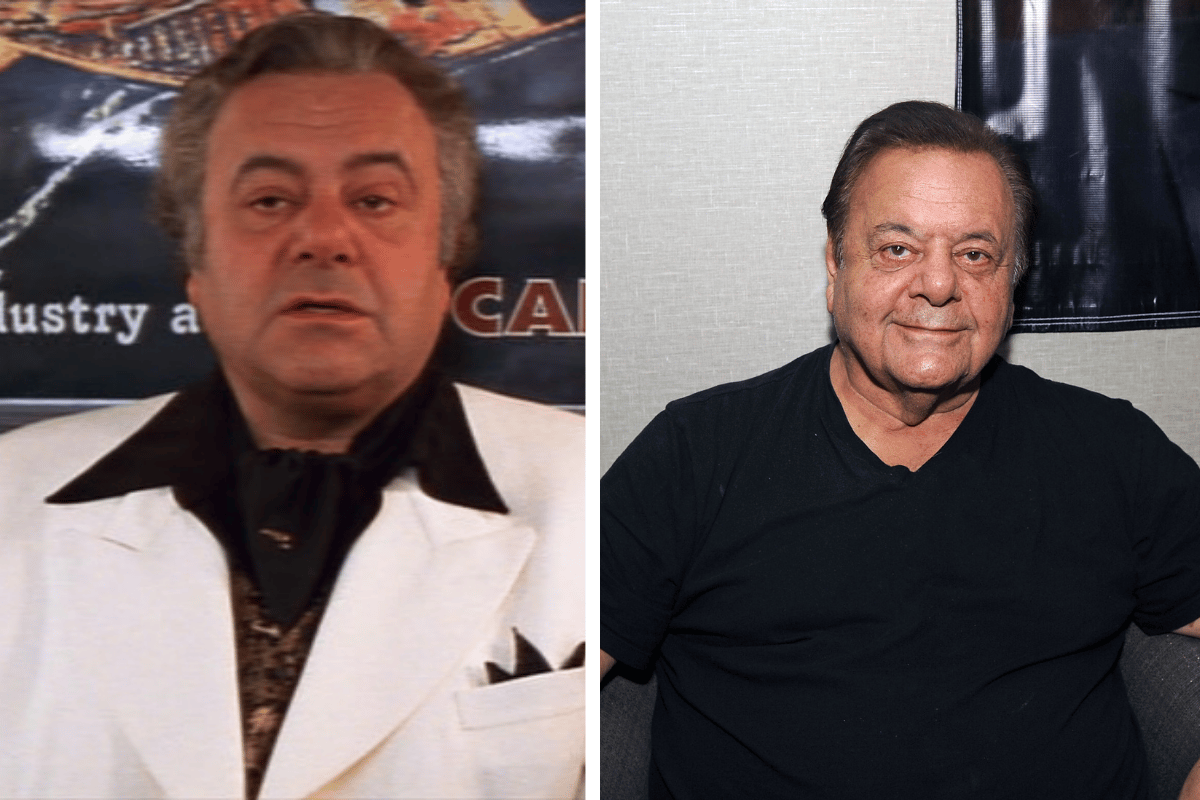 Recently he has been seen on Godfather of Harlem, Bad Blood and The Goldbergs.

Sorvino’s most recognisable roles continue to be in Law & Order and Goodfellas.

The actor’s daughter, Mira Sorvino, spoke to The New Yorker during The Time’s Up Movement. She was one of the many women who accused Harvey Weinstein of inappropriate conduct, Weinstein later sentenced to 23 years in prison over rape and sexual assault convictions.

Speaking on his daughter’s experience, Sorvino said to TMZ: “if I had known it, he would not be walking. He’d be in a wheelchair. That son of a b****.” 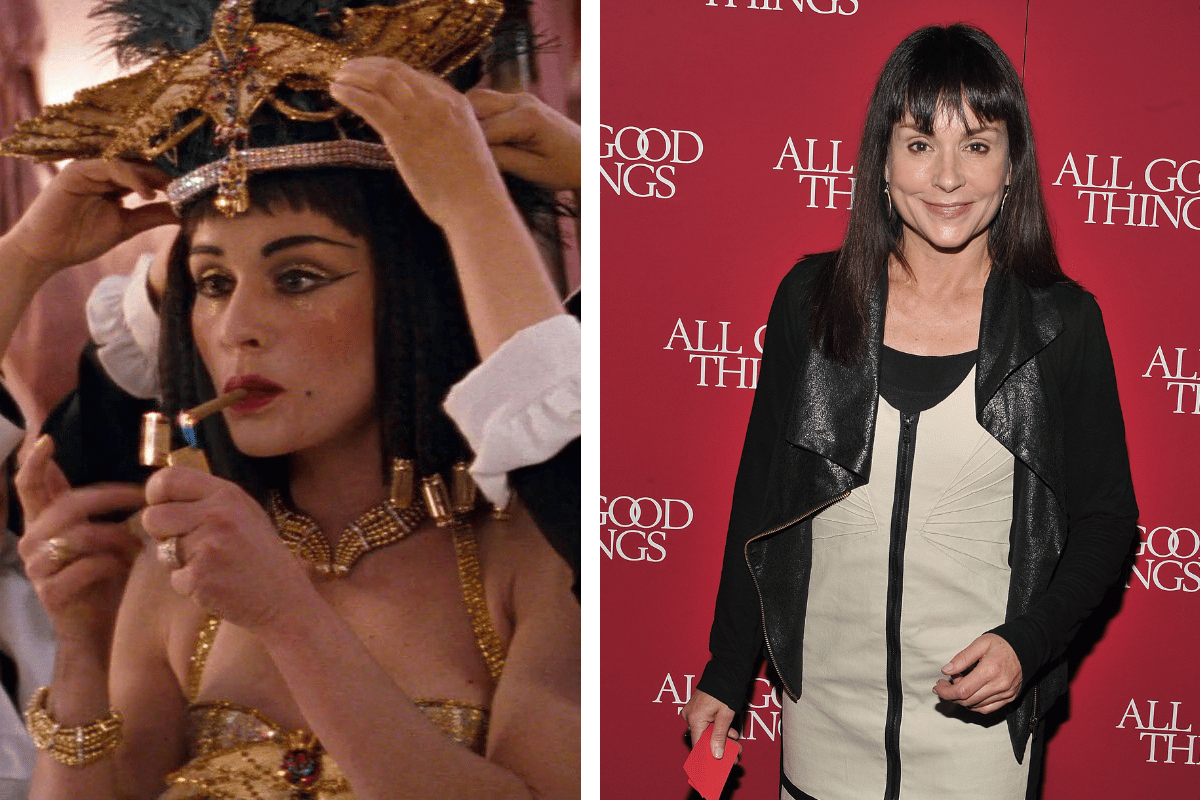 In the role of Juliet’s mother Gloria Capulet, Venora played quite the matriarch.

The Shakespeare film was right up her alley, given her previous experience in theatre and work on Hamlet.

Venora’s film career continued on since 1996, the actress praised for her role in Clint Eastwood’s Bird. 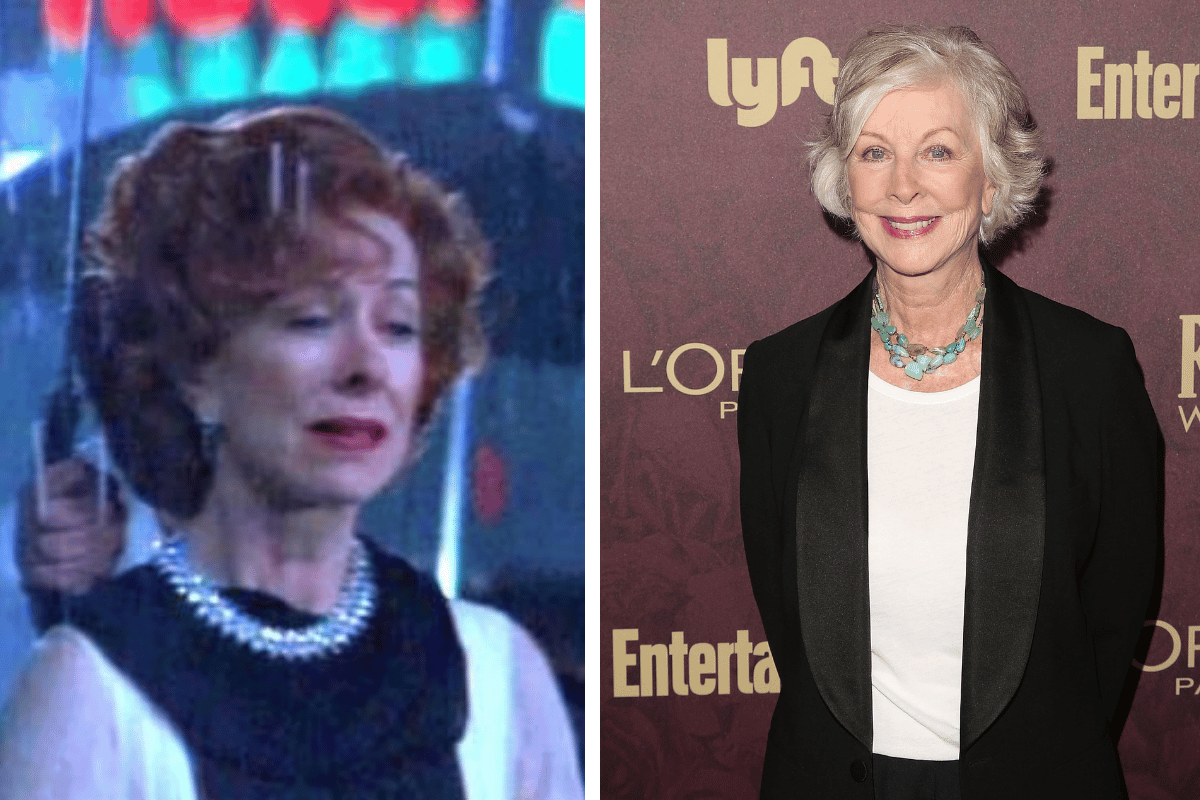 Most would recognise Pickles from her role on Friends, as Monica and Ross’ mother Judy Geller. So, fans were thrilled to see her earlier this year at the Friends reunion show with Elliott Gould, her on-screen husband as well.

Amazingly, Pickles won her first Emmy award at the age of 83 in 2018 for Break a Hip.

“I’ve sat in an audience six times with my little speech, which I’ve never gotten to give. I was used to being rejected. This time I wasn’t,” she said to TV Insider.

“To hear my name I thought, ‘oh God, am I imagining this?’ Cameron [Watson], our writer/director/producer, turned to me and said, ‘you won!’ I leapt to my feet and went up on stage. I was very, very happy.” 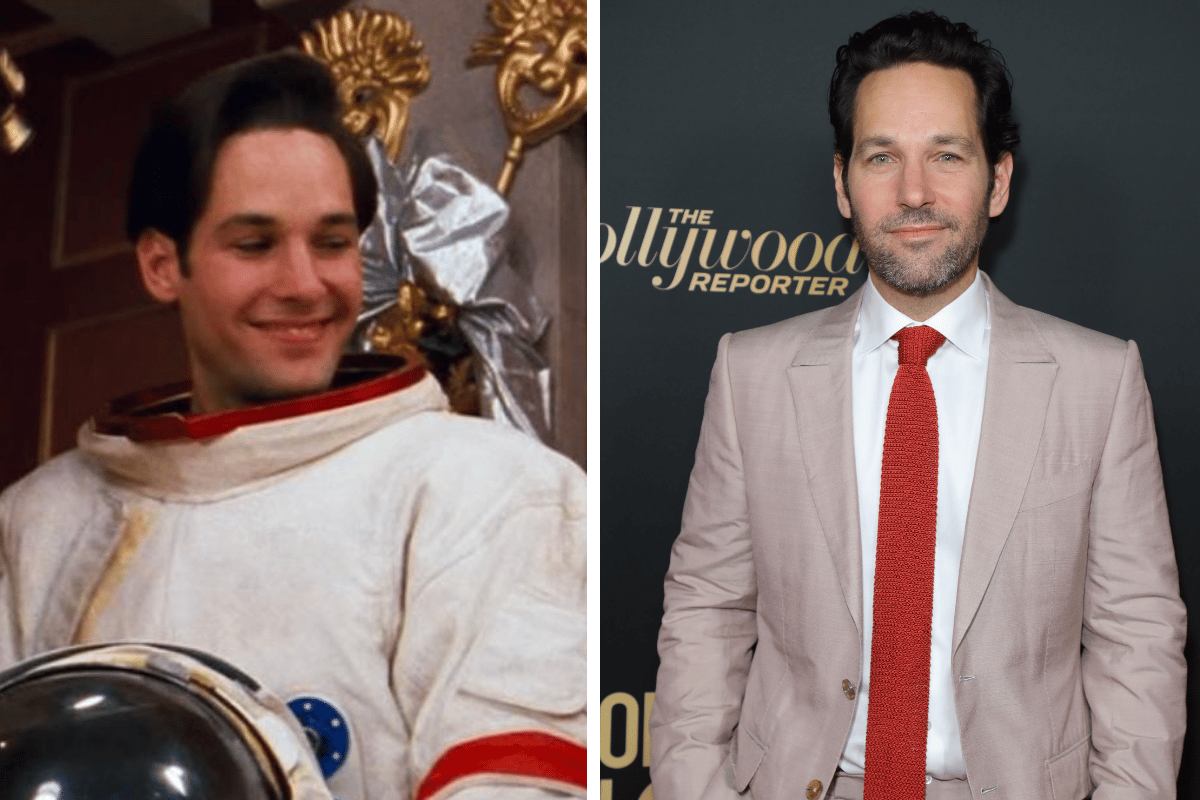 This is 40, Clueless, Ant-Man, Anchorman, The 40-year-old Virgin, Knocked Up, Night at the Museum, The Perks of Being a Wallflower: we could go on and on.

Paul Rudd has evidently had an incredibly brilliant film career since Romeo and Juliet.

We also know Paul Rudd as one of the nice men in Hollywood. As the New York Times wrote in their 2015 profile on the actor: “one thing you always hear about Rudd is that he is ‘likeable’.”

Behind his fame is a man who lives a pretty quiet life compared with his Hollywood colleagues. From his family to his friendships, you rarely see Rudd in the tabloid press.

Read more: A kidnapping and a much younger Juliet: 14 behind-the-scenes secrets from Romeo and Juliet.