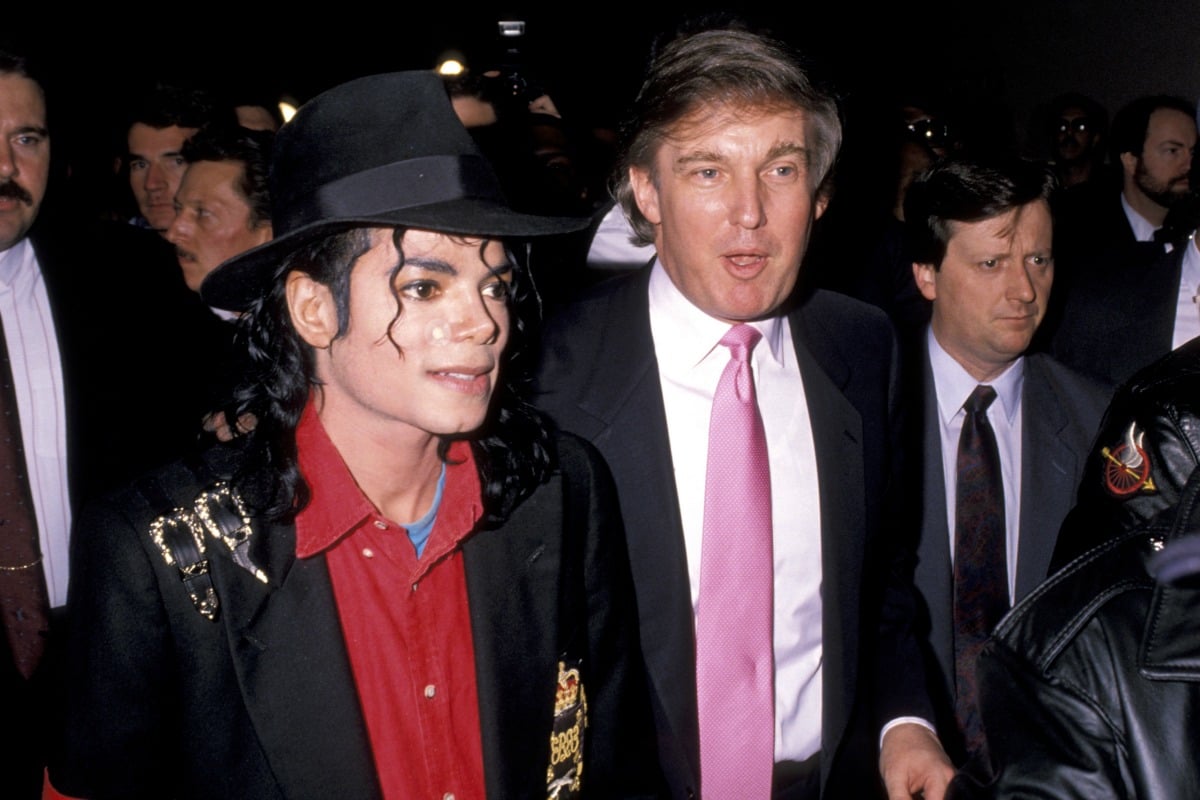 Fans and celebrity friends of Michael Jackson have been left reeling following the release of controversial documentary Leaving Neverland.

In the four-hour, two-part film, which will air in Australia this Friday night, choreographer Wade Robson, 36, and James Safechuck, 42, explicitly detail claims about the horrors Michael Jackson allegedly inflicted on them in mid-to-late 1980s. From allegations of psychological grooming, to sleepovers at the singer’s famous Neverland ranch and years of sexual attacks.

Despite previously defending Jackson (many times), one voice which has not entered the current conversation is that of US President Donald Trump.

In 2019, a friendship between the late music icon and current president seems unlikely, but the pair shared a close relationship that began in the 1980s, Vulture reported.

In the past Trump has been extremely open about his friendship with Jackson and was happy to talk about it whenever possible, so his failure to speak this week has been a noticeable change.

(Of course, Trump has been having a rough few weeks himself following Michael Cohen’s testimony and his failed summit with North Korean leader Kim Jong Un, so maybe he’s been preoccupied).

As two of the USA’s most high profile, rich and famous people in the ’80s and ’90s, the pair moved in similar circles.

Trump was also one of Jackson’s most recognisable defenders after the singer was accused of child sexual abuse in two separate cases in 1993 and 2003.

Following Jackson’s death in 2009, Trump – who was at the height of his Apprentice fame – continued to defend him, telling Larry King he was “certain” that Jackson was not a child molester.

Trump also spoke about spending time together at Trump’s Mar-a-Lago resort in Florida.

“He was a terrific guy, he was a wonderful guy,” Trump said.

Donald Trump and Michael Jackson first met in 1988 when Jackson performed a benefit concert at Madison Square Garden. He reportedly lived in Trump Tower for a time in the late ’80s.

In Ivana Trump’s 2017 memoir Raising Trump, the president’s first ex-wife wrote about how Jackson would watch MTV, play video games or build a lego Trump Tower (of course) with her children. Vulture reported he even once attended Ivanka’s school performance of The Nutcracker.

“The only person who had an open invitation to come to the playdates whenever he wanted was Michael Jackson,” Ivana wrote. “The King of Pop lived in Trump Tower and was a good friend of the whole family. He’d stop by and chat with Donald and me for a few minutes, and then he’d go up to the kids’ floor to hang out for hours and hours.”

Ivana specified that she or a nanny was always in the room when Jackson was with the children.

As recently as 2016, while he was a presidential candidate, Trump spoke of Jackson:

"He was an unbelievably talented guy. He lost his confidence. He lost tremendous confidence because of, honestly, bad-bad-bad surgery.

"He had the worst. He had people that did numbers on him that were just unbelievable," Trump said, referencing Jackson's facial surgery.

"Facially, you know, the plastic surgeons. He was an unbelievable talent who actually lost his confidence. Believe it or not, when you lose your confidence in something, you can even lose your talent."

Leaving Neverland will air in Australia on Channel 10 in two parts on Friday, 8 March at 9pm and Saturday, 9 March at 9.30pm.

The entire four-hour long film will be available for streaming online on 10 Play and 10 All Access from 10.01am on Friday.

Boy must the conversations between Jackson and Trump have been strange. Wonder what they'd chat about/what common ground they'd have.

"If only there was a way we could do a partial melanin exchange..."
And then they fell out because MJ was a Pepsi man and DT was like "you'll pry my Diet Coke from my cold dead hands, get out."