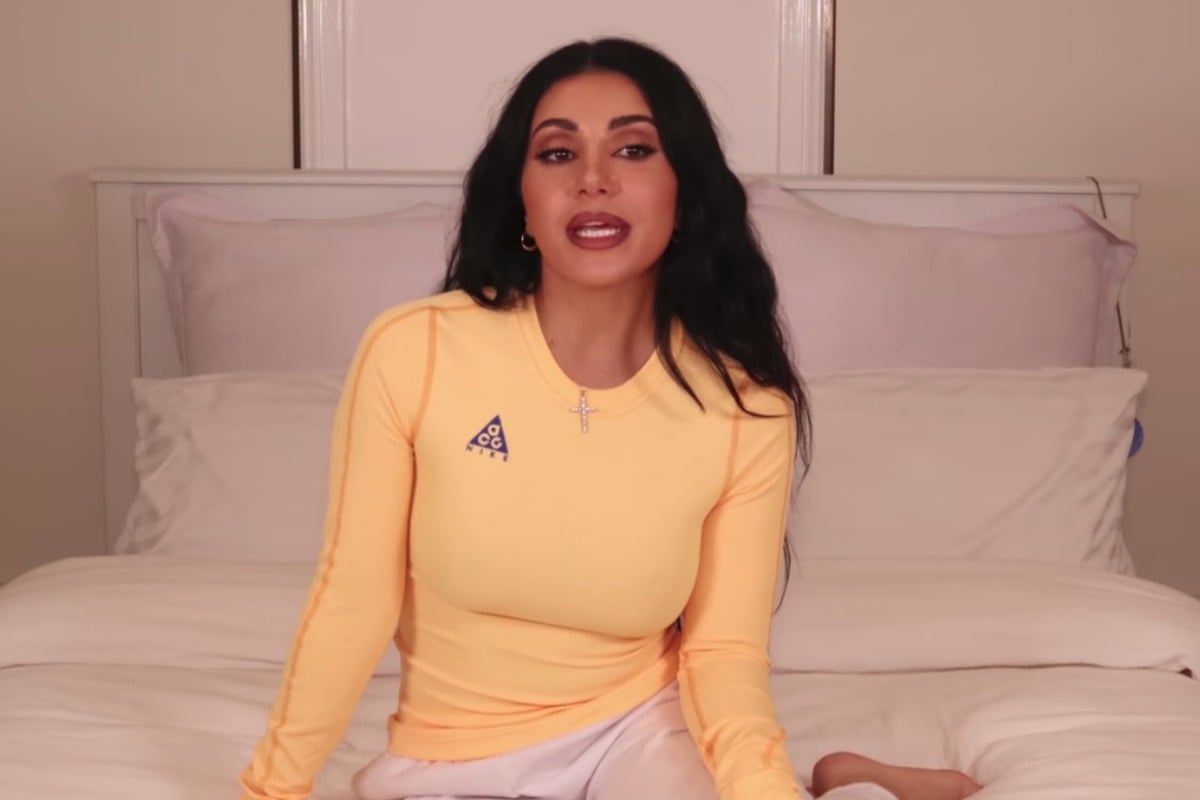 In a plot twist no one saw coming, MAFS’ Martha Kalifatidis says Jules Robinson was actually the season’s villain, and that she bullied her and other cast members including Ines and Jess.

In a YouTube question and answer video released yesterday, Martha hesitated before launching into a rant in which she said Jules was the sole reason there was “a divide” between the wives, not, you know, the fact that certain other contestants were cheating with their husbands. ¯\_(ツ)_/¯

"I felt like she really iced Jess, Ines and I out and I feel like she was the reason for the divide between a lot of the girls. She was so self-righteous and I just feel like she made the other women who did want to be friends with us and who did hang out with us, almost ashamed to," she says in the snippet below.

"I know for a fact I had a good relationship with Heidi and even Ning. Cyrell and I were friends before s**t hit the fan," she added, before stating she "didn't want to talk about MAFS".

During the season, Jules - who asked fellow MAFS contestants Heidi Latcham and Melissa Lucarelli to be bridesmaids at her real wedding to Cam Merchant - called Martha and Jessika Power, 'girls' and not 'women.'

Following the fiery season, she said she "felt no need to apologise" for her comments.

"I was just saying the way that you act, which everyone can relate to in the scene, it is childish, it is immature, it is b***hy, it makes everyone uncomfortable," Jules told Who in April.

2. Er. There’s a petition to remake the final Game of Thrones season and it’s already got 12,000 signatures.

There's no denying that this season of Game of Thrones has been... divisive.

Despite taking almost two years to film the six-episode final season, some fans have argued that the new season feels incredibly rushed and well, a little bit sh*t. ¯\_(ツ)_/¯

Now, following this week's penultimate episode, which featured a dramatic heel turn from Daenerys Targaryen, a petition has been launched calling for season eight of the show to be remade with "competent writers". Yikes.

"This series deserves a final season that makes sense," one person wrote on the petition's Change.org page.

"I understand it's GoT but don't trash eight years of character building for what they think will shock and awe us. It sucks," another commented.

So far, the petition has already got 12,000 signatures and it's sure to keep on growing.

Kim Kardashian and Paris Hilton have not just celebrated the revival of their friendship in recent times, but also of an iconic noughties dress made famous by Hilton.

You see, when Paris Hilton turned 21 in the early 2000s, she wore a sparkly mini-dress that instantly became one of the most famous dresses of the decade.

Even Kendall Jenner wore a dress inspired by it when she turned 21 in 2017.

And now 17 years after the socialite made the design famous at her party, Paris has recreated it with none other than Kim Kardashian - her former personal assistant and reality TV superstar. Filming the music video of Paris' new song 'Best Friend's Ass', the pair wore two dresses which emulated the original design but with a modern touch. And the photos are giving us all the nostalgia.

You can take a look at the pictures in all their glory below.

So fun shooting this video with @parishilton for her new song #BestFriendsAss ????????

4. Kyle Sandilands was offered $1.2 million for I’m a Celeb. Here's why he turned it down.

Kyle Sandilands has admitted that he was once asked to appear on I'm a Celebrity... Get Me Out of Here!

Speaking to Andy Lee on the radio this morning, the radio host shared just how much money it would take for him to appear on the show.

But while it seems like an incredible sum of money to sit around in the jungle for a few weeks, Sandilands explained that he turned down the offer – and it's all because of Shane Warne.

After learning that Warne had received $2 million for his time in the jungle, Sandilands refused the lesser offer.

Can we go into the jungle on Kyle's behalf, please?

5. The links between Jon Snow and Jaime Lannister could be key to the GoT finale and hold us.

Arguably the best thing to come out the final series of Game of Thrones (some would argue the only good thing about series eight, but we’re not that harsh), is all the extremely clever callbacks to previous seasons.

We’ve been fascinated by how the writers managed to weave in dialogue and parallels that foreshadow future events in seemingly innocuous ways throughout the eight seasons – with some characters predicting future events all the way back in season one.

Basically, we should all have been on high alert from the get-go as there were so many clues to how the serious will eventually end.

Of course, with so many characters, and so much dialogue, it’s hard to predict what was just idle chit-chat and what has major relevance to the finale.

Check out the full theory in our earlier post here.