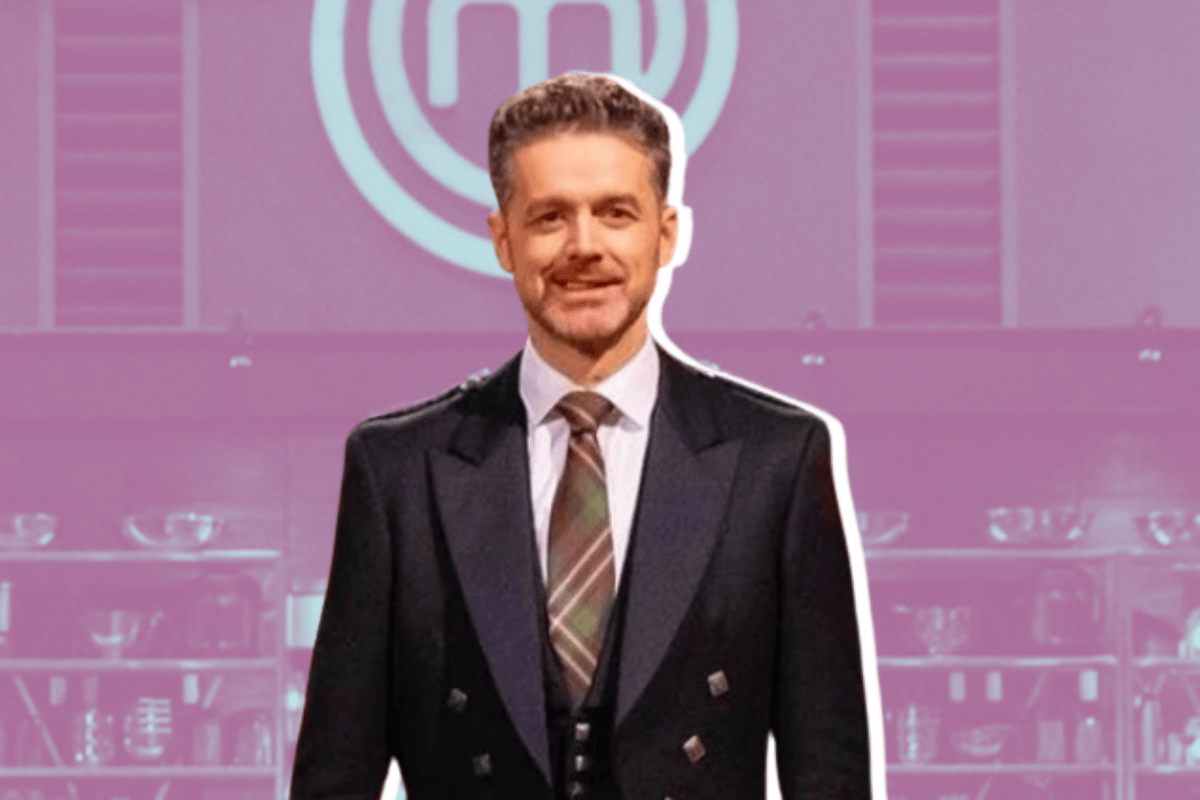 MasterChef judge Jock Zonfrillo grew up in Glasgow in the 1980s, falling into a life of drug addiction, homelessness, and poverty, before working his way up in the food industry.

He credits Marco Pierre White for saving his life, after the chef gave him a job when he was 17.

It turns out he was pretty good at this whole cooking thing, and is now a decorated chef, TV presenter, philanthropist, and reluctant celebrity who we (Australia) get to call our own.

At 11, Jock had already fallen in love with kitchens, and he worked as a dishwasher part-time after school during his early teen years.

But when he was 15, Jock tried drugs for the first time, and within two years he was a heroin addict.

As he told News.com.au, he was sacked from his job at a Michelin star restaurant in Chester, England, after a foul-mouthed outburst when he was 17, and was left broke, homeless and strung out.

That’s where Pierre White stepped in.

After turning up to his London kitchen begging for work, the highly accoladed chef decided to give him a chance.

"He saw something of me in him or him in me. But I went there completely naked. Stripped of everything. I was both a drug addict, and I had no expectations of my abilities as a cook. I was lost. I mean, really, completely, f**ked up," Jock told GoodFood in 2018.

In fact, if it wasn't for food, Jock says he would be dead.

For the first few months of working in Pierre White's kitchen, Jock had nowhere to sleep and would sneak into the staff change rooms once everyone had left and sleep under the towels. He was too embarrassed to say anything.

As he told The Advertiser, "He [Pierre White] arranged a youth hostel for me to stay in and lent me money that was to be paid back out of my wages. That sums up Marco – generous beyond measure".

Jock didn't kick his drug addiction until he moved to Australia in 1999 with his first wife.

As he told GoodFood, he shot heroin at Heathrow Airport before he left and that was it, he never touched it again.

Jock's love of cooking also helped him with his mental health.

"If it hadn't been for food, I would definitely be behind bars or in a pine box six foot under for sure," he recently told the Herald Sun.

"I had a couple of goes at trying to sort out my mental health as well... Not realising I was in a bad place and you just don't know because no one tells you."

"I'd lost a lot, friends and love and marriage and contact with kids. For a lot of people by then it's too late."

In Sydney, he found his driving force – bush tucker. He met a busker called Jimmy in Circular Quay, who he had a four-hour conversation with about native food, and that was the conversation that changed his direction as a chef.

He went on to spend months with Aboriginal communities, researching the food, and aiming to understand the culture of what he calls the "most misunderstood race of people I have ever come across".

He told Adelaide Now it took him seven trips to one community in the Kimberley before they would even speak to him.

It took even longer to get people interested in his plight. He worked at Forty One, in Sydney, and then at Penfolds Magill Estate – where he put native food on the menu as much as possible. The winemaker gave him two years and a bunch of cash to bring his mad pursuit of an Australian cuisine to life, until a still mysterious last-minute change of heart from the wine executives brought it to a crashing halt.

He and Penfolds parted ways, and a once again unattached Jock started Restaurant Orana (meaning 'welcome') in Adelaide in 2013.

According to the Financial Times, the business lost $700,000 in the first year and at one point Jock had 23 credit cards on the go to manage the expenses. Eventually, after a few years he broke even.

In 2017, 2018, and 2019, Restaurant Orana was named Restaurant of the Year. The Orana Foundation, which was started in 2016, remains one of Jock's main aims, it works to preserve the cooking techniques and ingredients of First Australians.

Now, Jock's one of the new judges on Australia's MasterChef, alongside Melissa Leong and Andy Allen.

Jock's career success, however, impacted his personal life. In 2014, he told The Advertiser his risk-taking nature "cost him two marriages".

Now 44, Jock is married to businesswoman Lauren Fried, who he married in 2017 after a mutual friend introduced them.

In November last year, the pair welcomed their second child, a girl they named Isla Generosa. They already have a boy named Alfie, who's two. Jock also has two older daughters from his first two marriages.

Jock often shares romantic quips about his wife on his Instagram, who his staff told the Financial Times is responsible for "taming the beast".

"I just can’t imagine a life without you and I’m so grateful to share a life with such an epic woman, leader, business woman and mamma," the chef wrote in an open love letter to his wife on their fourth wedding anniversary in January.

"I’m a better man, a prouder father and I hope a better husband."

Is it just me or is that Scottish chef @jockzonfrillo getting better looking by the day? #MasterChefAU

“Listen, I’m in my mid-40s,” Zonfrillo joked when he asked about his "sex symbol status" by The Daily Telegraph last year.

"I find it embarrassing. It’s very flattering... but I’m Captain Awkward," he laughed.

Fans also noticed something else about Jock on MasterChef last year.

The judge holds a small string of beads in his hands during filming.

As Jock explained to Mamamia, the beads, called worry beads, help with his anxiety.

"It's a tool for me when my mind starts to slide," he said.

Jock explained that he was introduced to worry beads by his late friend, writer and restaurant critic, A. A. Gill.

"Adrian Gill was a good mate of mine and he always had worry beads. After he passed, his wife gave me a set of his worry beads," Jock said. "I kind of had them in my pocket for a year... then I was like, actually this is really helpful."

By seeing them more and more on this season of MasterChef, Jock hopes tools, like his worry beads, will appear normal.

"I hate to use the word normalise but I think it's normal... it's just a part of Jock," he said.

So he'll soon be making them for not only himself but anyone who might need them.

"I think some way of normalising anxiety is a good thing. It's embarrassing, and I don't want it to be embarrassing," he said. "It works for me. And if it works for me, hopefully, it can work for some other people as well."