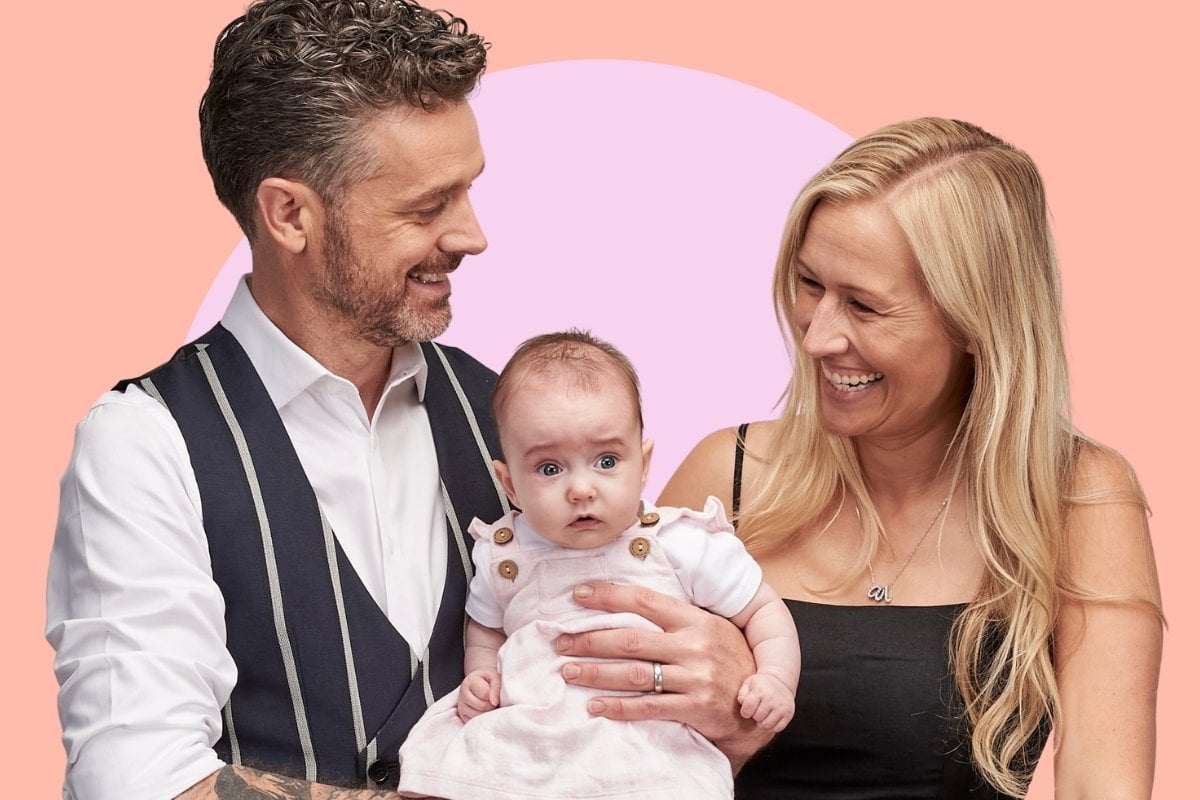 Jock Zonfrillo's third marriage started differently from his others.

For one, he met his now wife, Lauren Fried, on Twitter. She had introduced herself via a direct message in October 2014 after a friend suggested the Scottish-born chef would "be perfect" for her.

Then, there was the love-at-first-sight thing. It wasn't a concept Zonfrillo had previously bought into, but when she walked into a Sydney bar for their first date a few days later, wearing a flowing dress, smiling, he knew in that moment she was "it".

But there was something else that set their beginning apart.

The MasterChef judge's first marriage was muddied by a heroin addiction, which he hid from his then-wife for several years.

The second buckled under the weight of that and other emotional baggage (including a recent bankruptcy and his new addictions to work and success). Writing of that time in his new memoir, Last Shot, he describes suffering a "total psychological breakdown" and clearly needing treatment, but not being able to confront that truth.

With Fried though, Zonfrillo was upfront from the beginning.

They both were. Fried, a marketing strategist and entrepreneur (also a regular panellist on ABC's advertising program Gruen), had been married twice previously, too.

"So we spent the next couple of weeks pouring our hearts out and just going, 'It's all on a table. So this is it. We can make a choice to move on with us or not.'"

Six months later, they bought a house together in Adelaide and began IVF to start their own family. 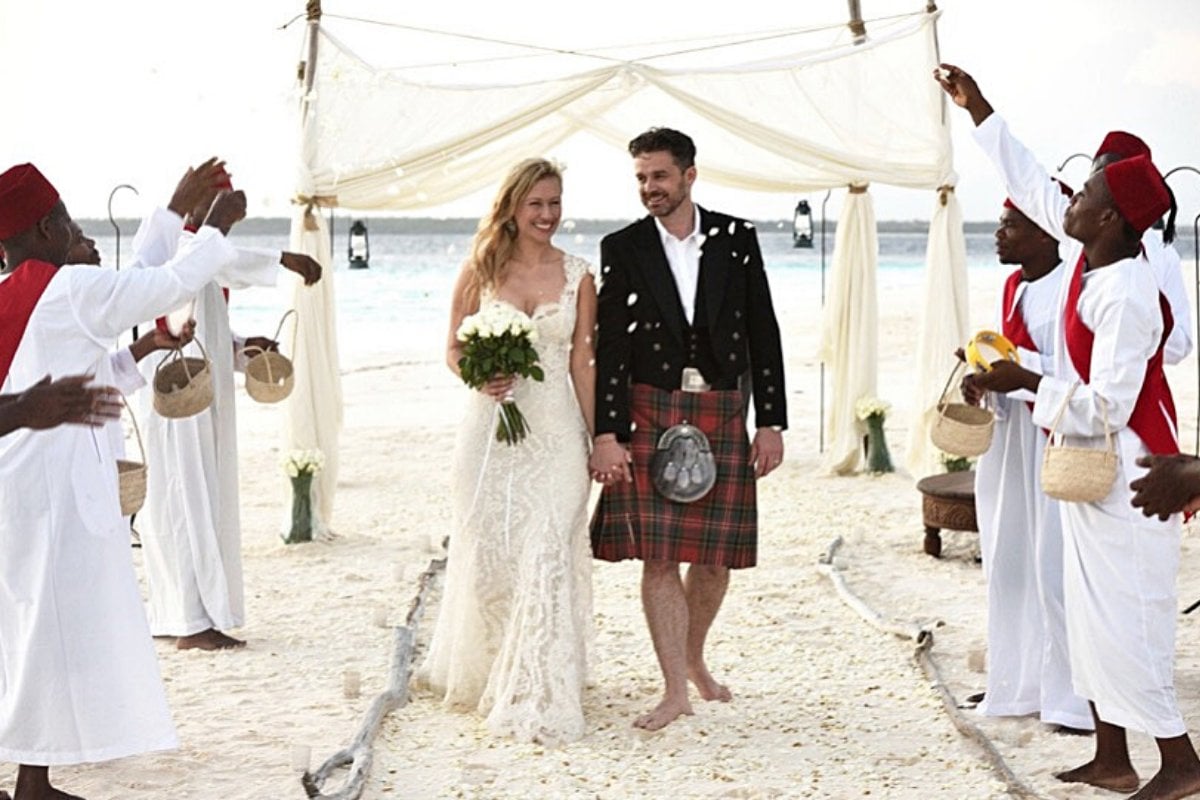 Jock and Lauren on their wedding day. Image: Supplied.

Their first child Alfie's arrival into the world was a complicated one. He was born prematurely, weighing just 1.2 kilograms.

"We couldn't touch him straightaway, and we can hold him and his weight plummeted. I was just I was petrified that we were going to lose him. It was horrible, Zonfrillo said.

"[Lauren and I] just held each other nonstop, physically and mentally. We were — we are — stronger together. There is no question about it. I can't imagine a life without Loz. The strength that she's got as a businesswoman, as a person and as a mother is phenomenal."

Their daughter, Isla, followed safely in 2020. And for now, Zonfrillo sees his family as complete.

"We feel really lucky to have had two beautiful children, and Loz is in her 40s now and so I think we'd be chancing her arm a little bit if we went again," he said. "We're so happy with our family."

That family includes Zonfrillo's daughters from his previous marriages, Ava and Sofia.

The latter isn't in his life currently: "Her mother and I, after we split, just didn't see eye to eye. And granted, I wasn't the best husband in our relationship," he said. "I'm ever hopeful that Sofia will reach out when she's ready."

But Ava is, and according to Zonfrillo, shares a close relationship with his wife.

"Loz for me, she's always been someone I look up to. And I think it's one of the reasons that our relationship has probably worked so well; she's not just an equal, she's someone that I look up to... And Ava adores her for the same reasons, because she can see who she is, as someone on television, as a businesswoman, as a mother, as a friend," he said.

"She's such a strong figure and Ava's life, and I think Ava is stronger because of it."

For more of the MasterChef judge's remarkable story, listen to the rest of his interview on No Filter below or via your favourite podcast app.

Reply
Upvote
1 upvotes
Totally agree with this post.
It’s great for all involved moving forward, esp kids. Everyone deserves a chance for change and redemption ( well most people).
But what did his daughter’s mother(s)go through raising those girls with active addiction & recovery?
A little acknowledgment goes a long way.

Reply
Upvote
1 upvotes
@di Agree. I think it's wonderful to see a success story - credit where credit is due. However, I feel the (really important) previous "failure" part of the story is being parked on the side in favour of a really simplified message of "well, this marriage is based on honesty so it's different this time". A heroin addiction doesn't just "muddy" a relationship!