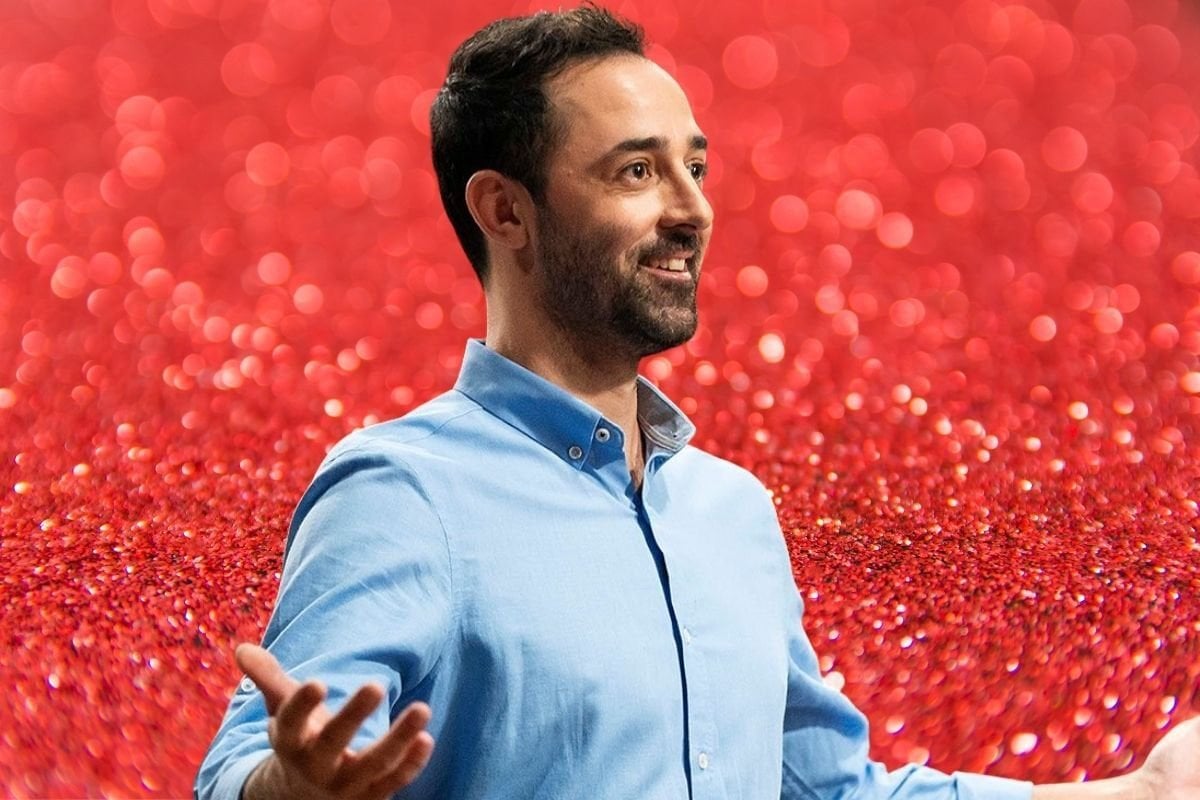 When Network 10 announced they were giving their wildly popular MasterChef Australia reality franchise a glow up at the end of 2019, many wondered if the risk would pay off.

But the risk came with enormous reward, with the show recording its highest-rating season launch in five years last April. And now, all three of the new judges are returning to our lounge rooms with the new season of MasterChef, premiering on Channel 10 on Monday, April 19.

WATCH: Check out this MasterChef Australia montage below, post continues after video.

If anyone knows the pressure the contestants are about to face, it’s Allen. And as it turns out, it took more than winning MasterChef for the award-winning chef to find his professional success.

From his fiancée to the moment he nearly gave up on his food dream, keep scrolling for our deep dive on MasterChef judge Andy Allen.

Prior to entering MasterChef season four "off the back of a dare" in 2012, Allen worked as an apprentice electrician in Newcastle.

The then-24-year-old stayed under the radar for the first half of the season before beating the season's dessert queen, pastry chef Julia Taylor, in a final dessert challenge.

Despite being one of the least experienced contestants of the series, Allen said that was actually his biggest strength.

"I went in there pretty raw. With the judges, the other contestants, and the guest chefs who came in, I would just soak up as much I could from what they would show and demonstrate. That definitely helped me in the end," he told PopSugar Australia at the time.

MasterChef 2012 also kick-started the careers of Ben Milbourne and Amina Elshafei, both of whom returned to the MasterChef kitchen in 2020.

Life after MasterChef and becoming a chef.

Fellow judge Melissa Leong has said while MasterChef opens doors for aspiring chefs, it doesn't mean you won't have to work hard to make it.

This is true of Allen's experience, who said winning the reality show didn't equal instant success.

"After the show in 2012, I moved to Sydney to chase some opportunities, and I was quite successful but then all the jobs pretty much dried up," he told the Newcastle Herald.

"Another season of MasterChef was about to start... I remember sitting in my room in Coogee and going 'Well, is this it? Am I going to go home to Newcastle and be a sparky now?'. And look, I won the thing, I was one of the very lucky people, but I still had that conversation with myself."

Eight months on from coming out of MasterChef, Allen said he still didn't really know what his food style was or what he was passionate about. It was at this point he recalled meeting the chefs and owners behind Three Blue Ducks when they were invited on his series as guests judges for an elimination challenge.

From there, he did work experience at Three Blue Ducks before working in the kitchen and, eventually, becoming a co-owner.

In 2013, Allen and fellow 2012 MasterChef contestant Ben Milbourne started food web series Andy & Ben Do Mexico while travelling in... Mexico. Their format was picked up by producers and the friends went on to host two SBS cooking shows together, Andy and Ben Eat the World Spain & Portugal in 2015, and 2017's Andy and Ben Eat Australia.

As Head Chef at the Three Blue Ducks Rosebery location, Allen and his restaurant received an Australian Good Food Guide "chef's hat" award. Despite losing that hat in 2019, Allen said the goal for his restaurant is to "cook good food and make sure the punters in the dining room are happy".

"Nothing just happens, you really do have to work for it," he said.

"A simple piece of advice... do what you love. When you love it, you’ll put in more and more effort to make it as successful as possible."

In May last year though, Andy Allen announced in an interview with TV Week Magazine that he had proposed to his long-term partner Alex Davey while they were on holiday in New Zealand in early 2020, prior to the pandemic.

Allen planned to propose on a secluded beach in New Zealand, but when they got there, it was completely packed, he recalls.

"The only free spot I could find was next to a couple of 16-year-olds violently pashing. It was the least romantic spot ever!"

The chef dropped to one knee, and says Davey was completely taken by surprise.

"She was so shocked, she basically collapsed on my shoulder," Allen told the publication. "I pretty much had to ask her if it was a 'yes'. She was very shocked."

The pair have been dating since 2017 and Allen's Instagram feed is full of cute couple shots.

Andy Allen on returning to MasterChef as a judge.

During MasterChef Australia: Back To Win, audiences questioned whether Allen would be able to remain impartial due to the close friendships he had previously formed with many of the contestants, who all belong to the MasterChef fraternity.

Allen denied claims of bias, saying "there's no favouritism whatsoever when it comes to the food”.

“Over the last eight years I’ve worked with and developed friendships with a lot of the contestants on this year’s season. However, we judge the plate of food that is put in front of us and not the person that puts it there,” he told the Daily Telegraph in April.

Speaking to Ten prior to the 2020 season, Allen said being asked to return as a judge was the ultimate compliment.

"I entered this competition as a contestant in 2012, somehow I won it and then I went out into the big, bad wide world of hospitality. To be asked to be a judge – and to come full circle back to MasterChef Australia – is really flattering and really special."

"I'm stoked because it means that I've done the hard work to be here. You don't ask Joe Blow to be a judge on MasterChef Australia."