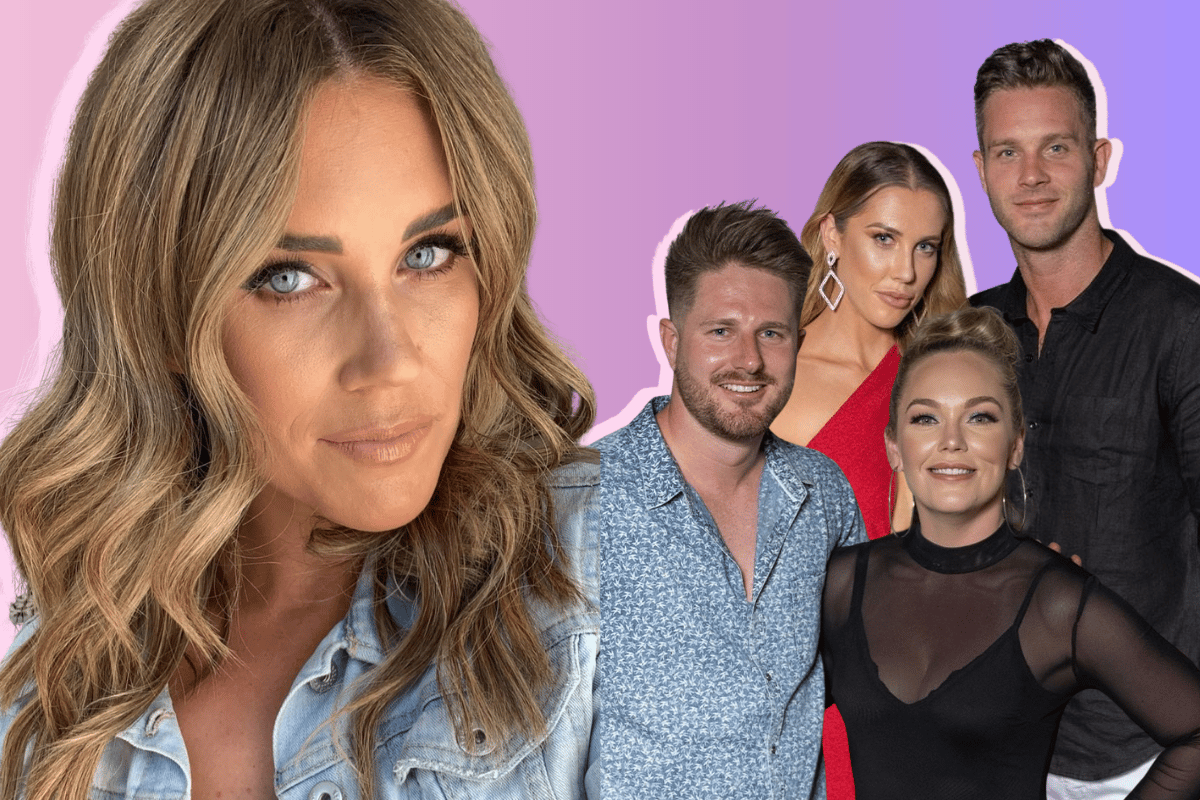 1. Georgia Love has a message for everyone watching MAFS, and it hits hard.

Former Bachelorette Georgia Love has a few things to say about this season of MAFS.

The 31-year-old, who recently tied the knot with her husband Lee Elliott, shared a message on Twitter last night, reminding viewers that the behaviour on the show is far from okay.

"I truly fear for young women watching #MAFS this year. Please know this is not OK," she began the tweet.

One follower, who was previously in an abusive relationship, even responded saying the show has been "confronting" to watch.

"It’s been so confronting watching this. I was in an abusive relationship eight years ago that ended in violence. His behaviour reminds me of his."

It's been so confronting watching this. I was in an abusive relationship 8 years ago that ended in violence. His behaviour reminds me e of his.

"I’m so sorry. I hope you’re OK and have a good support system," replied Georgia.

Unfortunately, she isn't the only one concerned about the behaviour on the show this season.

2. Sam from Farmer Wants A Wife just got married! And yes, we have the wedding pictures.

Farmer Sam Reitano has finally found himself a wife.

After appearing on Farmer Wants A Wife last year, Sam announced that he tied the knot with his partner Katelen Cunningham yesterday.

Sharing the exciting news on Instagram, Sam, who is expecting a child with Katelen, wrote "31st of March 2021. I married the most beautiful girl in the world that I now call my wife."

"I am so grateful to have my amazing family there by my side, now it’s till the next four months our beautiful baby girl will be born. What a [sic] incredible year it is so far," he concluded the post, which featured a bunch of wedding pictures.

The couple first shared they were expecting a child together back in December last year.

"Myself and Katelen are happy to announce we will be expecting a lil farmer in August 2021!" Sam wrote on Instagram at the time, alongside a photo of the baby's sonogram.

It looks like they have lots to celebrate this year!

3. Fingers are being pointed at a new royal family member regarding those racist comments about Archie.

We might have an answer to the question that's been on everyone's mind for a few weeks now: who had concerns over Archie's skin colour?

If you forgot about it (or were living under a rock), during Prince Harry and Meghan Markle's tell-all Oprah interview, Meghan revealed that someone in the royal family was concerned about "how dark" their son's skin would be.

And now, a UK socialite might have the answer.

According to Lady Colin Campbell, it was Princess Anne (the Queen's daughter and Harry's aunt).

In a YouTube video on Thursday, Campbell explained that Princess Anne had concerns over Meghan and their child, but they weren't supposed to be racist.

"There were no concerns about Meghan’s colour," Campbell said.

"Princess Anne was rightly concerned that if the marriage proceeded and there were children there would be huge problems, not because of Meghan’s colour, but because of Meghan’s inability and determination to remain unable to appreciate the cultural differences," she said.

Campbell continued to explain that Princess Anne was concerned that Meghan might not have respect for the institution she was marrying into.

"Meghan and Harry have used that genuine concern of a loving aunt, knowing that because she is down to earth, experienced, modest, intelligent and sensible, and that you cannot make a sow’s ear into a silk purse.

"Well, it’s turned out to be true. I think it’s important that it is out there before it is weaponised by some anti-establishment, anti-monarchist organisation, who will spin things destructively to further their agenda," she said.

So did Princess Anne actually make the comment? Who bloody knows.

4. Bryce is “waiting for the right time” to propose to Melissa IRL.

After everything that's happened on this season of Married at First Sight, were sad to announce that Melissa and Bryce are still together, months after the show.

On Wednesday, the couple touched down in Sydney to start their promo trip and appear as strong as ever (¯\_(ツ)_/¯).

Now, this morning, they appeared on the Kyle and Jackie O Show and announced that they plan on getting married and starting a family after the show.

"That’s the plan," Bryce said when discussing the prospect of starting a family.

He also announced that he's "waiting for the right time" to pop the question to Melissa.

"I’ve got some big grand plan that doesn’t involve Channel Nine," he said.

Guys, we're as confused as you are.

Known for iconic roles like in Basic Instinct and Casino, she was one of the biggest, most bankable stars of the 90s. Then in 2001, a major stroke impacted not only her career, but her entire life path.

Now the 63-year-old has released her memoir The Beauty of Living Twice, opening up on not just her long, successful career but also her troubled childhood, many near-death experiences and sexual harassment in the film industry. 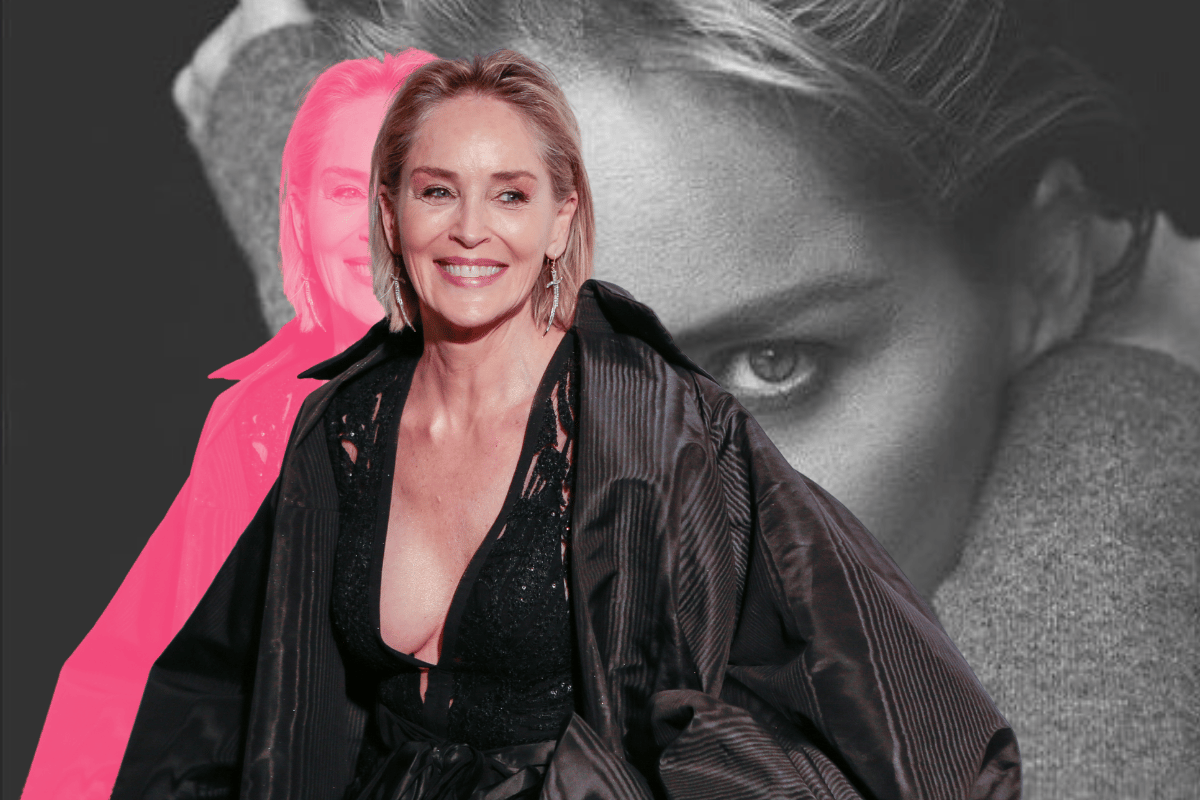 Here are 7 things we learned about Stone from the book, which is available now.

As a 14-year-old, Stone was attempting to tame a horse while her mum hung out laundry.

She wrote how the clothesline sliced into her neck, and the horse began to drag her.

"My neck was hanging open, wet and ripped from one ear to the other," Stone wrote.

At the hospital, her doctor didn't know how to perform plastic surgery and she healed, but with a large scar which is still visible.

A secret abortion that left her bleeding profusely for days.

At 18, Stone fell pregnant to her first serious boyfriend.

It was difficult to get an abortion at her age in her home state of Pennsylvania, so the two drove to a clinic in Ohio.

"I was bleeding all over the place and far worse than I should have been, but this was a secret and I had no one to tell," Stone described.

"So I stayed in my room and bled for days. I was weak and scared and then just weak."

Eventually, a Planned Parenthood opened in her local area that provided her with birth control and counselling.

"This, above all else, saved me: that someone, anyone, could talk to me, educate me. No one ever had, about anything."

For more things we learnt about e learned about Stone's book, read our earlier article here.