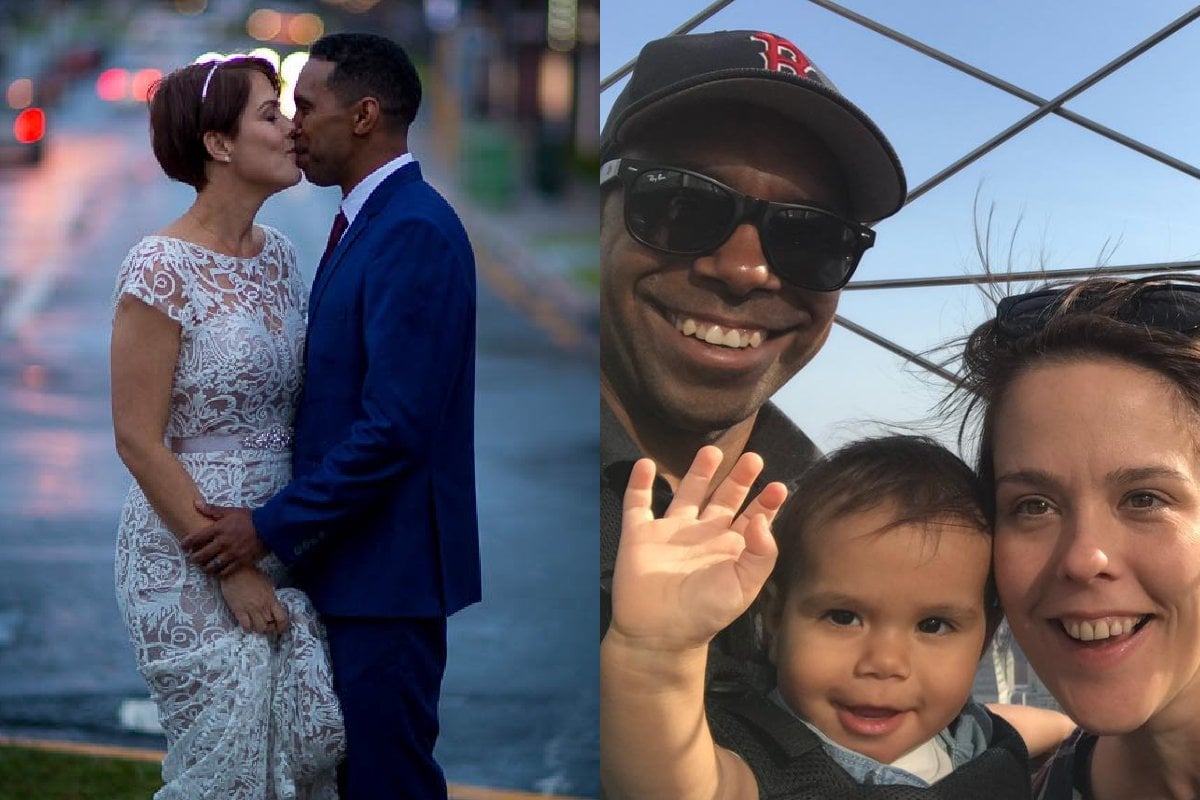 As I watched the Meghan Markle and Prince Harry interview - and let's face it, who didn't watch it - I knew exactly where she was coming from. It is an awful thing to say, but my parents were also concerned about the skin colour of my children.

In my early 30s, I ran from an engagement to the wrong guy and fled to Far North Queensland. It was my chance to find myself, to enjoy myself, to party, to let loose, and that I did. It was one of the best decisions of my life. I found a best friend and I eventually found the guy that I was meant to marry.

So, you can imagine how excited I was to talk to my family about this new guy.

What does he do for work? How old is he? The usual questions were fired at me by my mother and father, all with pleasing results.

Then I revealed that he was Aboriginal. A proud Butchulla man, from Hervey Bay, Queensland. Their tone changed, my parents became hesitant, they became cautious, they became worried.

They were worried about the reactions of others. How the world would perceive our interracial relationship. My parents knew about the hardships faced by our First Nations people, hardships they continue to face every day. They wanted to protect me from that.

As all parents do, they wanted to protect me from any heartache. I will always remember when my father turned to me and asked: “What about your children?”

Again, the question was asked with love and concern; he was worried.

He knew the battles that they would face. Would they be judged unfairly? Life expectancy, employment rates and literacy levels continue to be lower for our First Nations people. Did I really want to have children in this world? Did I want to marry and have children with a man who continues to face racism, when I had the option of keeping my head in the sand and staying in my white privileged world?

Well, the answer is yes. Yes, I married the heck out of that man! 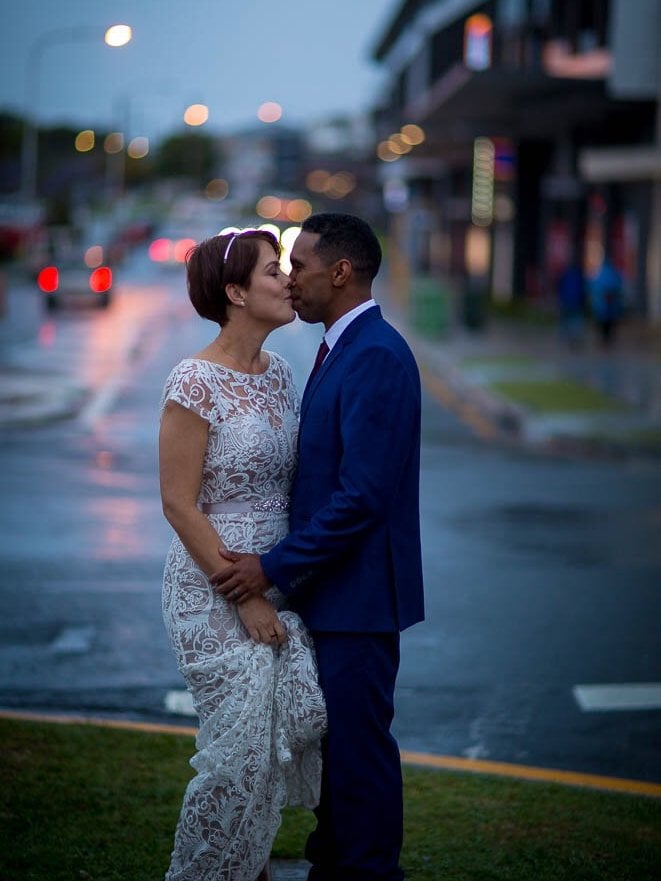 We have been together for nearly seven years now and have recently welcomed our second daughter into the world. We are raising our daughters to be strong and proud First Nations people, proud Butchulla women. Yes, there is a battle in my children’s lives that would not have been there if I had married a white man.

As a white woman, raising Aboriginal children I have faced questions like: “She doesn’t look like you, is that your daughter?” and “Why is her skin so dark?”

I answer them openly, honestly and with pride. My daughter and I recently attended our first Change the Date rally and it won't be our last. 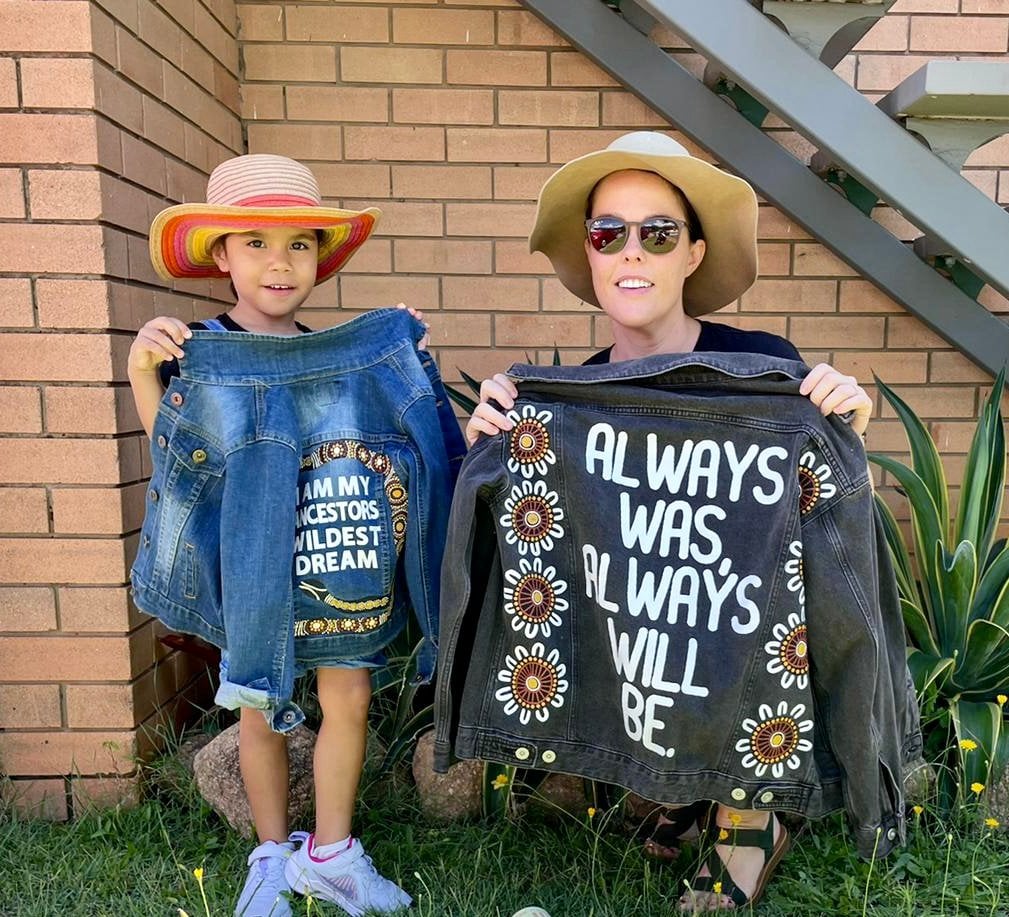 Our daughters will be taught to speak up, to make their voices heard, to fight. Fight for their people, culture and true reconciliation and acknowledgement.

My parents were coming from a place of love and maybe my white privileged life would have been easier. My children now get to learn and find strength in the stories of their ancestors, their land and their culture which is both black and white.

This is what makes our daughters stronger, more resilient, more proud. My parents now see their uneducated and ignorant views, inluenced by their white British upbringing, were wrong. And out of love, for me, my husband and their granddaughters, my parents too have joined our fight.

Reply
Upvote
My niece is white Australian, married a lad from Sudan. He describes himself as shiny blue black skin colour, which is very accurate. They have 4 children. His family have broached the colour of skin topic with every pregnancy, as they were curious as to the possibility of a variety of skin tones. Some hoped baby 1,2,3,4 would hr white , whilst others wanted tan, or olive or shiny blue black. As it is, all 4 kids are different in every way. Talking about a baby's possible skin colour before birth is not racist, it's the same as talking about whether baby will have mom or dads eye colour, freckles, curly hair,left or right handed, flat ears or batwing ears .. simple curiosity, just as likely the same as a Royal family allegedly asking about baby's skin tone. Not racism. Simply Meghan + Harry masterminding more trash. Trying to Garner pity
K
katp a year ago

Reply
Upvote
4 upvotes
Lots of people would consider even having the thought of wondering about a child's skin tone is evidence of racism and you could reasonably expect that speculation would be unwelcome and hurtful.
It is quite possible that it's not racist to wonder what a baby might look like. Pretending not to notice or think about difference is not necessarily progress. In the same way if you have any idea that it might be a sensitive issue for someone else it's probably kind and sensible to keep innocent wondering to yourself.
I wondered quite a lot about what my babies would look like and I think I'd have been even more curious if there were more genetic options in the mix. I also think others would have been more interested too.
L
laura__palmer a year ago